Thank goodness for the fact that the world is constantly evolving and so are marriages. Millennials have brought about an entirely new way of looking at relationships and they are tossing out so many gender stereotypes that have been embedded in our culture so far. So to give you a closer look at how much millennial marriages differ from that of Gen X and the baby boomers, we talked to modern couples who are shifting the notions of marriage in their own way. 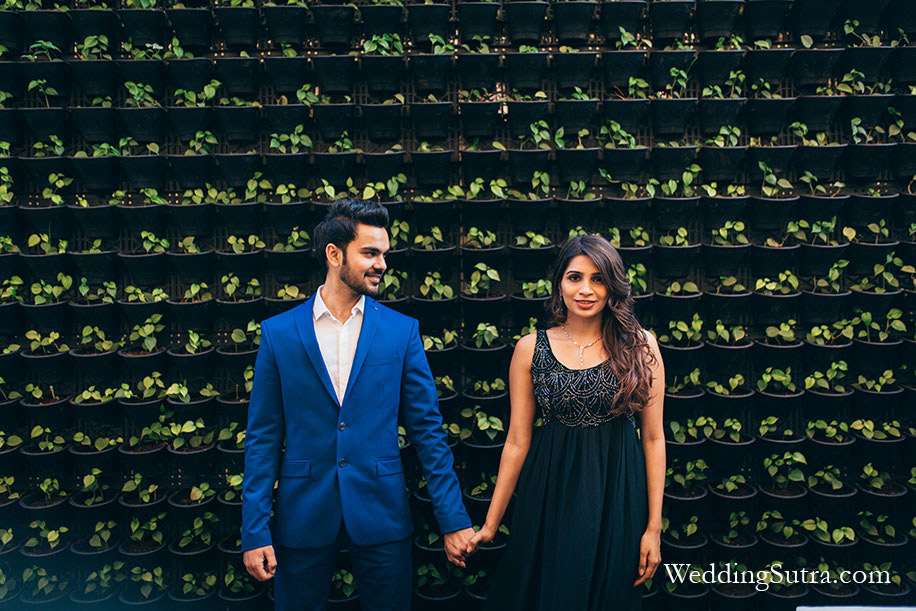 1. Taking the leap of moving across continents for his wife
Giving up careers and moving cities to follow your husband and his job may have been a previous norm, but couples today care about equality, fairness, and overall happiness! When Harmit and Varun discovered love, they were pursuing successful careers and lives in different countries respectively. Their love was built on shared life goals and appreciation. While society expects even ambitious, working women to give up their careers to be with their partner, Varun relocated from half a world away to build a life with Harmit where they could grow and succeed together, in step with each other.

2. Making a Long-Distance Marriage with patience and pacing

Juggling an unconventional long-distance marriage is not an easy task, but Christline, a pilot, and Sneden, a sailor adapted to each other’s schedules and made parallel efforts to help each other at every turn regardless of the challenges. Sneden says, “Spending five months together and the next five months apart can put any relationship to the test. But both of us respect the tough choices that we have to make in life because of our chosen careers. There are days when we aren’t able to talk at all when Christline is flying and I’m in a no-network zone. But we give each other the first priority whenever we’re together.” Instead of viewing their unpredictable schedules as a cause of stress, Christline and Sneden perceive it as a blessing in disguise. Sneden shares, “Rather than pulling us apart, I think the distance draws us even closer. It has taught us to not take a single moment for granted. Sometimes, Christline gets called in for duty while I’m at home. But rather than viewing this as an obstacle, we seize the day as I accompany her on her flights and we explore a new destination together! As long as we’re together, we’re at home”, he exults.

3. Taking charge of the homefront to support his wife’s professional demands

Serving at the frontline during the pandemic has been an emotionally and physically draining journey for Dr. Hitali. But with her husband Jay by her side who supported, motivated and cheered her on at every step, her will was strengthened several fold. Hitali shares, “Dealing with the trauma and stress of the many patients we cared for were enormous. During this time, Jay motivated me and took care of the smallest things so that I could concentrate on doing my duty. As the first wave gathered speed, my own family wasn’t spared as they too were infected. Needless to say, I was extremely worried about their health, but Jay took over all the responsibilities from delivering food to getting medicines. Even though he’d just started his own venture at the time, he never made me feel that he’s too busy when I needed some cheering up. Sometimes he even put his own work on pause to attend to my family’s needs when I wasn’t there.”

4. Finding contentment in their second-innings of love

There was a time when divorce and remarriage was not only unthinkable but also improbable for women in India. A new generation of women unwilling to do what preceding generations of women had been expected to do: adjust and stay in the marriage at any cost. Giving love a second shot is never easy but growing numbers of educated, working women who are confident and financially secure, are finding equality and love that was previously a demographic improbability.

5.Helping each other chase their dreams

Love today goes beyond the romantic notions of fancy words and grand gestures and is rather built on the acceptance and support of each other’s needs and dreams. Akanksha and Akhil have always been each other’s cheerleaders, supporting and helping each other achieve their dreams. Akhil helped Akanksha turn her passion project into a flourishing business, while she helped him overcome his fears during his foray into entrepreneurship.

Love comes in every color of the rainbow, and Saima and Bianca’s story of inclusivity and acceptance is a sublime example of a modern marriage. The couple met through mutual friends in 2014 at a spoken word performance called ‘Coming Out Muslim’, where they hit it off and never looked back. From proposing to each other to planning a vibrant multicultural wedding, every step of their journey has been backed by love, respect, and family support. Reminiscing about the wedding, Bianca shares, “The wedding was held in my dad’s backyard with 200 guests in attendance. One of our best friends officiated the ceremony and our friends and family really came together to help us. Every small detail was splendid and the amount of work that everyone put in for our special day was truly heartwarming. It really did take a village and we couldn’t have done it without them!

7. Breaking the barrier of age

Seemingly hailing from very different walks of life, Hyderabad-based Shona, a jet-setting Creative Producer, crossed paths with Army Captain Ankur on Tinder and was instantly drawn to his curious, genuine personality. Considering the established older man-younger woman stereotype most Indians expect in a couple, Shona was understandably skeptical of Ankur’s declaration of love in the beginning as he is years younger than her. However, Ankur had no concern for societal double standards. He was attracted to Shona’s confident personality and convinced Shona of the unconditional love he had for her. Age holds no bar when it comes to love, Shona and Ankur’s wholesome relationship and thriving marriage is a testament to that.

8. Embracing your partner’s children as your own

Sonya, a costume designer, was a single mom reeling from her rocky experience with marriage in the past when she met Chris Blair Vincent, an artist who also happens to be eight years younger than her. But it was Chris’s frank and accepting nature that swept her apprehensions aside. Sonya shares, “I have a son from my previous marriage, and before getting into a serious relationship with Chris, I wanted to see if both of them would get along together. Fortunately, Chris and my son really hit it off! He is quite younger than me but he was ready to take on the responsibility that having a child brings. Today, Chris and my son endearingly consider each other family, not by blood but the heart.”

9. Love and acceptance of interfaith relationships
Manya and Hassan’s love is one of many today that surpasses borders and differences in faith, emboldened by the acceptance and blessings of their loved ones. Manya shares, “Hailing from India and Pakistan respectively, belonging to two different religions, and growing up in families who are not only traditional but also our lifelines, we tried to fight our feelings in the beginning, but despite that, our love only grew deeper. When we realized that fighting our feelings was futile, we informed our parents of our relationship and planned to wed. Of course, it was a shock to our families and the ensuing months were quite stormy. However, our loved ones gave us their blessings, and today we cannot be happier that we followed our hearts and never gave up”.

This entry was posted on Thursday, August 12th, 2021 at 3:02:21 pm and is filed under Love Actually. You can follow any responses to this entry through the RSS 2.0 feed. Both comments and pings are currently closed.