Childhood sweethearts, Pooja, and Rushil grew up sharing a childhood on the same street. Based in London, this duo’s strong friendship blossomed into love as time flew by, and since then, there’s been no looking back for this couple in love. Knowing from an early age that they were meant ‘to be’, this couple’s love has overcome distance and many other challenges that life has thrown their way. So, when the time came to pop the question Rushil made sure that no stone was left unturned and he orchestrated a breathtaking proposal at the scenic Hanauma Bay in Hawaii. 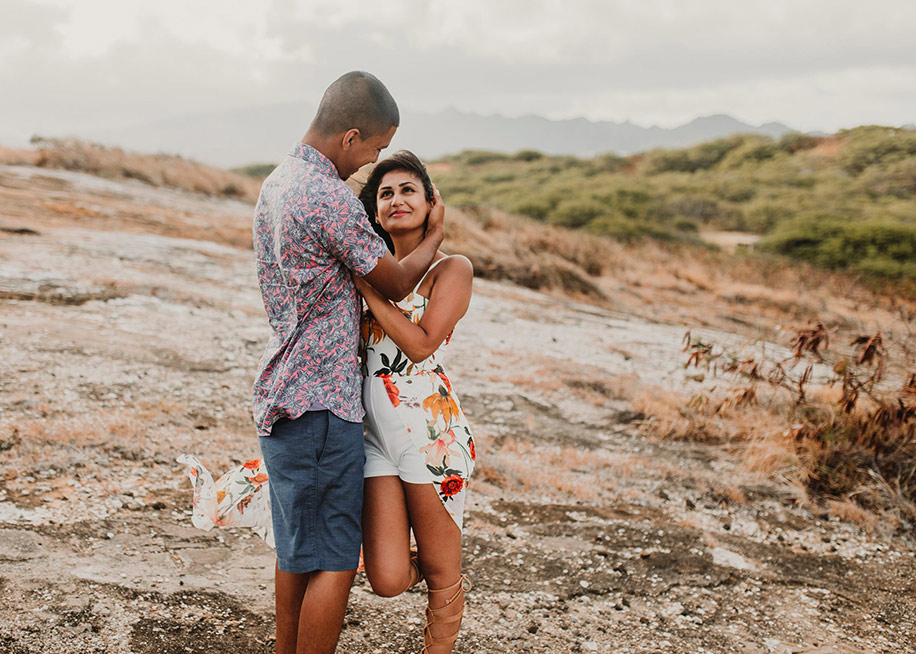 Growing up in London and located on the same street, the friendship between Pooja and Rushil was instant. And, as fate would have it, both of them realized quite early on that they were soul mates. But long distance intervened in their blissful life, as Pooja stayed in London and Rushil moved to America to expand his business. However, the unexpected proposal took place when Pooja equipped with a plan to surprise Rushil for his birthday in Orlando was bested by him instead with a romantic proposal. To put his plan in motion, he confided in Pooja about his wish to see the fourth of July fireworks in Hawaii. Pooja, all thanks to her indulgent nature, agreed wholeheartedly and off they flew. Little did Pooja know that Rushil had other plans in mind as they landed on Hawaii’s Big Island and made their way to Honolulu. Displaying his strong planning skills, he’d already booked a photographer to capture the tender moment.
When the time came to pop the question, Rushil chose the scenic Hanauma Bay with its bird’s eye view of the clear blue Pacific Ocean surrounded by lush rolling hills. A swift ‘yes!’ from Pooja came forth after which the newly engaged couple embraced and enjoyed the stunning view around them. 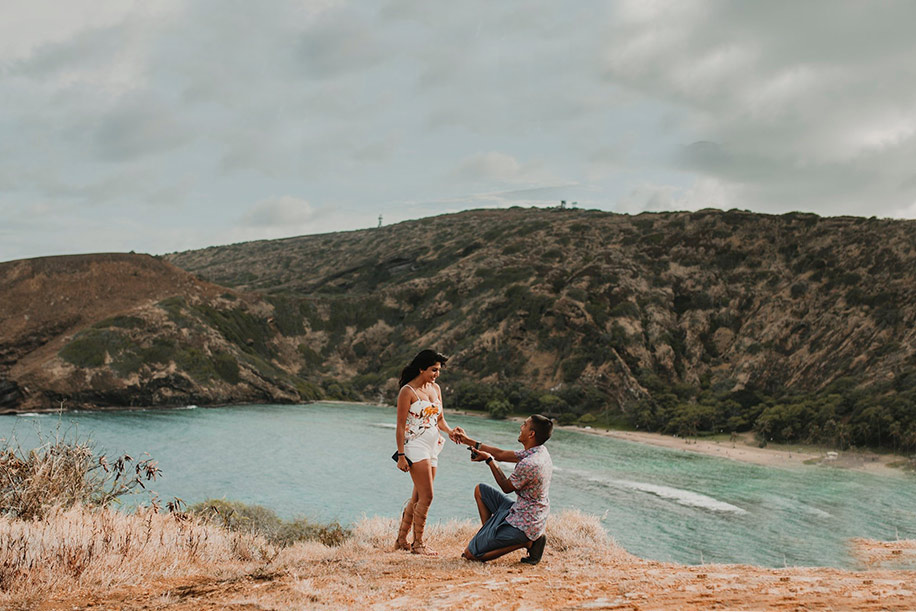 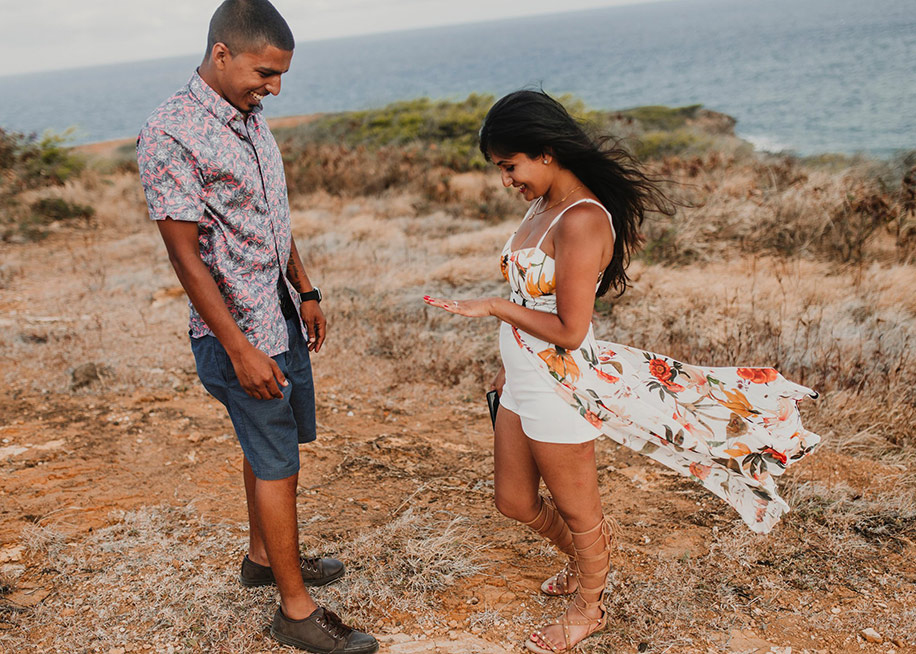 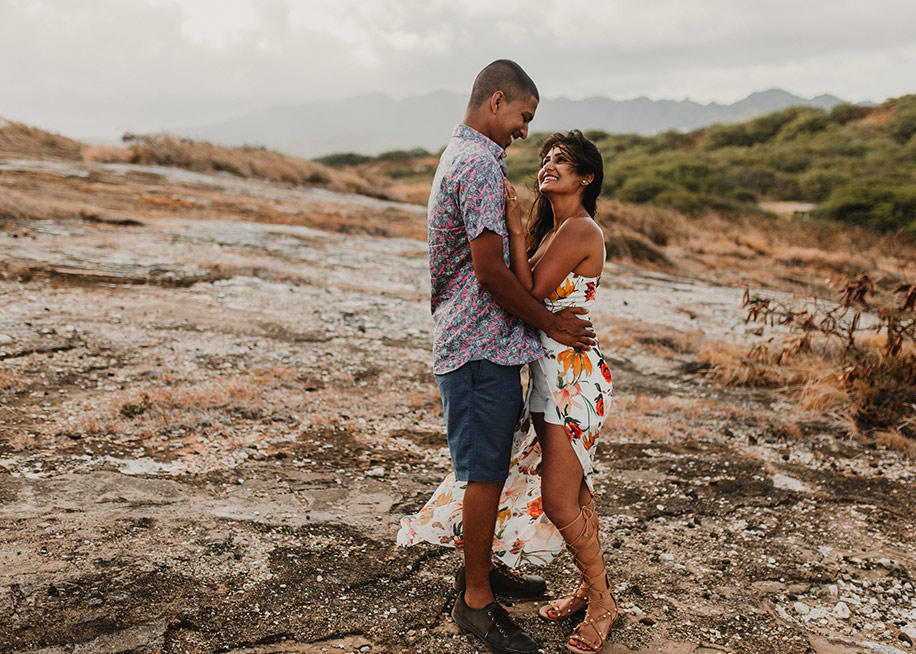 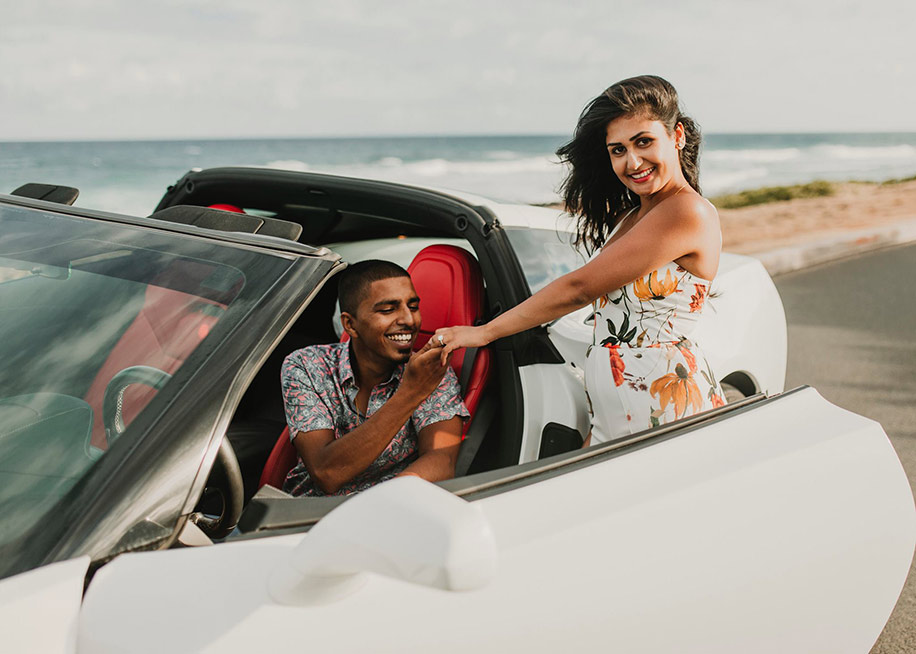 This entry was posted on Thursday, July 30th, 2020 at 5:14:29 pm and is filed under Wedding Planning. You can follow any responses to this entry through the RSS 2.0 feed. Both comments and pings are currently closed.