Nisha Kundnani of Bridélan writes about the new Sabyasachi store in Mumbai.

Leading designer Sabyasachi Mukherjee’s new store is like a museum. Or like a palace? But we do know that it is his sanctum sanctorum, his favourite place to hold durbar for eager brides. Located in a majestic colonial building at Mumbai’s art capital, Kala Ghoda, the newly opened Sabyasachi flagship store is royal, magical and overwhelmingly Indian. It feels like you’re walking into a grand palace, a green room or a walk-in-closet that could have easily belonged to a Rajput-era maharani. That’s what Sabaysachi perhaps wanted to achieve with his new haven for bridal shopping. 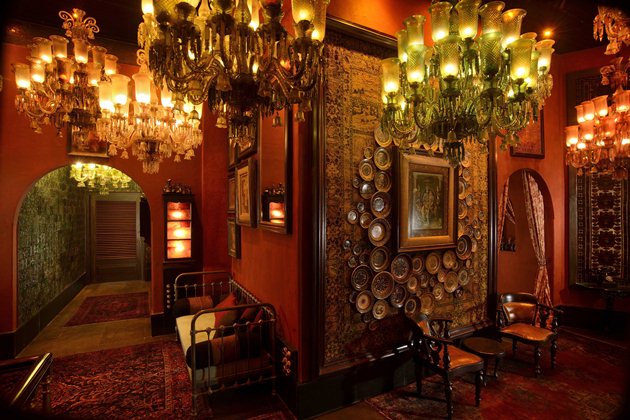 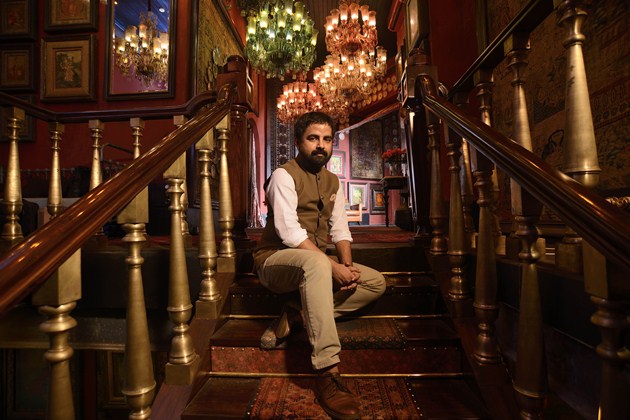 For Indians as well as his growing clientele among NRIs, it would be easy to begin by saying that Sabyasachi is the rare Indian designer who truly stands for– and understasnds– everything that is Indian. His creations are known for their fine craftsmanship and attention to detail.

For most Indians living abroad, the idea of India is exotic. And at the same time, it’s where their ‘roots’ are, which is why thousands return to pay ode to their homeland by shopping for their wedding or weddings in their family. When a bride walks into Sabyasachi’s, she walks into his world and is truly transported. In a matter of minutes, the shopper is convinced of the idea of India. 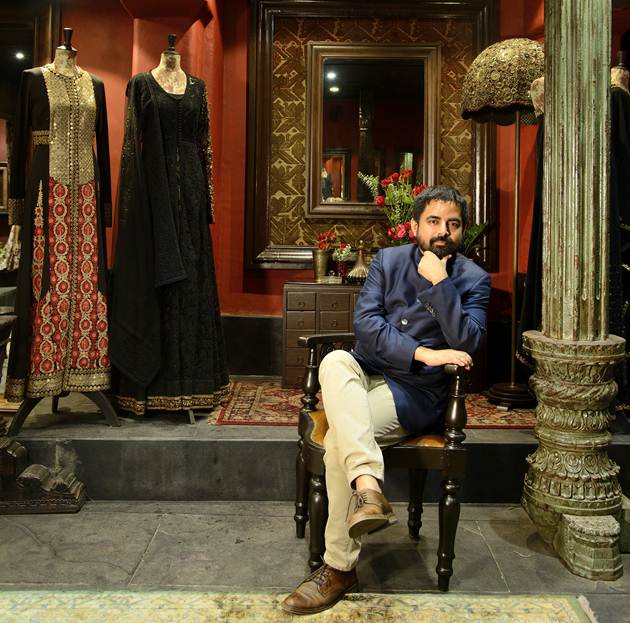 God lies in details. At his store, whether it is his clothes or his spaces, every nook and corner is a visual story that speaks of discreet Indian luxury. It’s a remarkable tale of our history, culture and heritage. The emphasis is on the past– times we once lived in and the things we need to cherish.

The dramatic Sabaysachi sari borders, the antique zardosi embroidery, the usage of vivid desi colours and his handpicked textiles reflect his Indian sensibility. His store is one of the rare spaces where you’ll see the bling-bling jetsetters and Hermes Kelly trotters show respect for substance.

The new store has it all: a million memories of the past packaged at this 8,500 square feet, two-storey structure that spells grandeur, but at the same time has a vintage angle to it. His sense of interiors is fast becoming his new oeuvre. Designing spaces is his calling as much as designing handcrafted zardosi lehengas. The twenty-two vintage, hand-painted chandeliers add an element of surrealistic charm; a dozen hand-me-down Iranian carpets (some even framed on the walls with vintage clocks and plates), colonial furniture and block-printed floral curtains lend this place an air of a bygone era. The changing room is as glamorous as a period movie set and intends to make a bride feel like a movie star. 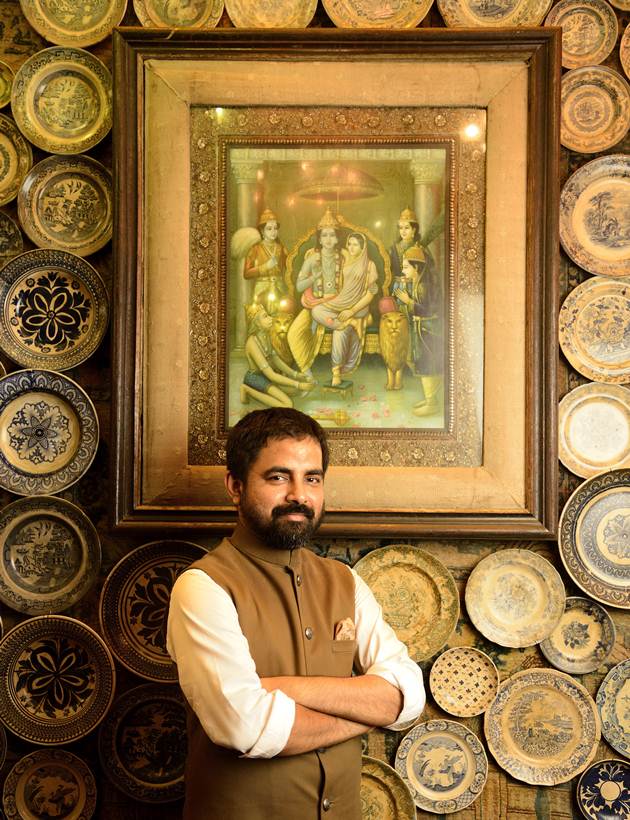 Where else would you find a gleaming biography of Waheeda Rehman stacked in a glass box close to a necklace worth lakhs? If Sabyasachi had his way, he’d freeze time and store it. “Nostalgia reminds us of our childhood,” Ekta Rajani, fashion director, Grazia India, tells me in a casual conversation, “It reminds us of innocence and everything that was pure and simple.” Sabyasachi himself often says that nostalgia is his “chicken soup for the soul.” His clothes are a clue to our past. No Indian designer has been as canny at selling ‘Nostalgia re-packaged’ for the modern world as Sabyasachi has with his saris and lehengas.

At the launch, Sabyasachi announced that apart from hosting salons and personalised appointments for brides, he’d like to start Fashion Week-style couture shows at his store by next year. We can recall here that the Sabyasachi 2013 couture show was a landmark, in which he famously collaborated with Kishan Das & Co of Hyderabad, heritage jewellers since 1870. Every look that he sent out on the runway was styled with jewellery that became a benchmark for every bride and can be seen as a style lesson of sorts. 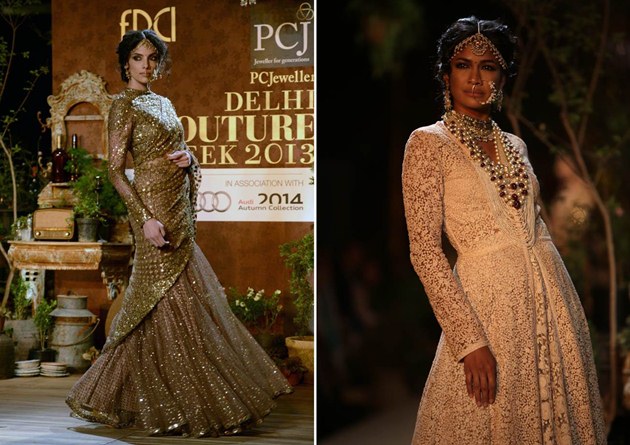 The same brand is now housing a specially curated line of jewellery designed by Sabyasachi, which is available for brides at a shop-in-shop at the store. Thrilled at this collaboration, Pratiksha Prashant of Kishan Das & Co, says, “Now brides who come shopping at Sabaysachi for their wedding can also get guidance from the designer and our team on jewellery that will complement their wedding outfit.” 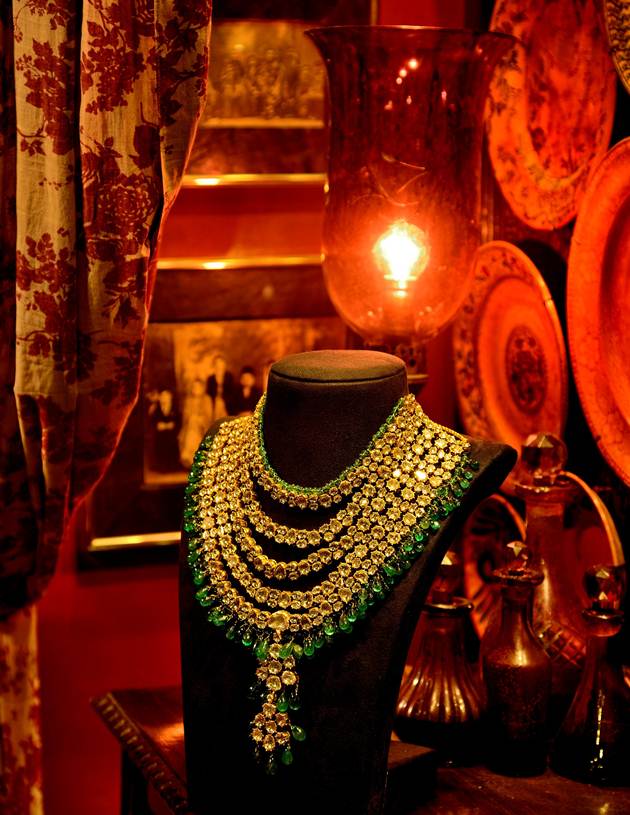 Why only brides? One of the special suites at the store has a special division for grooms. It stocks, among other attires, sherwanis and badhgalas. Bespoke services and made-to-measure is made available for men too. 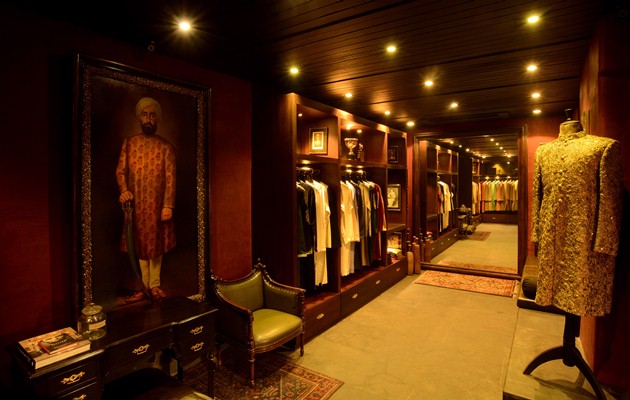 To-be-brides can personally catch up with the designer at the upcoming Vogue Wedding Show from August 1-3, 2014 in New Delhi at the Taj Palace Hotel. He will be showcasing his new couture week collection and also conduct personalised appointments for brides. Says Sabyasachi: “The team at Vogue has worked hard to curate and present a hand-picked selection under one roof. The launch edition last year well displayed their efforts and I look forward to an even better showcase this year.” On display will be his bridal lehengas, outfits for the main wedding, sangeet, mehndi and reception. His special collection for grooms too will be seen at this one of-its-kind exhibition. To register, log on to www.vogueweddingshow.in/register-now/

This entry was posted on Saturday, July 12th, 2014 at 2:09:44 am and is filed under Bridal Fashion and Beauty. You can follow any responses to this entry through the RSS 2.0 feed. Both comments and pings are currently closed.