Our initiative ‘Love Actually’ is a photo series featuring engaged couples who actively seek ideas and inspiration from WeddingSutra. The series celebrates the beautiful people in love, as they start their lives together. Because real love can only begin, never end. Over coffee, a makeover and a photoshoot we get to-be-weds to tell us how they met, show us their platinum love bands and talk about their day of love.

There’s something incredibly exciting about an ‘opposites attract’ love story. You know the type – he’s an introvert, she’s a social butterfly, he likes adventure outdoors, she prefers the cinema, she’s impulsive, he overthinks everything… and yet, in the push-pull of their personalities, they find the perfect balance! 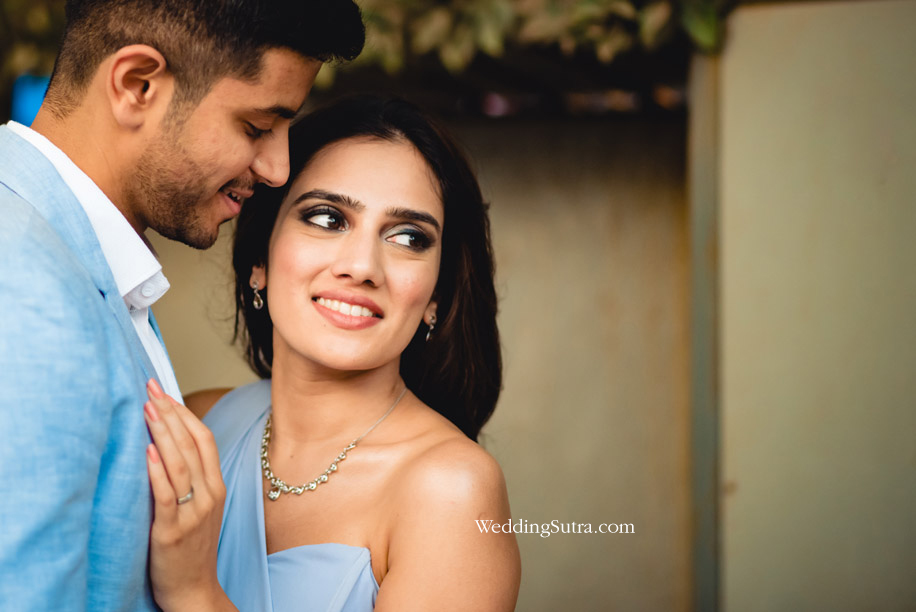 “It was a typical friend-to-best friend-to-boyfriend journey for us,” Aashna says, “We met in the Jai Hind college canteen in the 11th grade in 2009. What caught my eye was the effort he’d put into dressing up. We bonded over a common love for dance, ice-tea, Bollywood… He ordered one ice tea and offered me a few sips while we chatted. We eventually became dance partners at the college fest.” 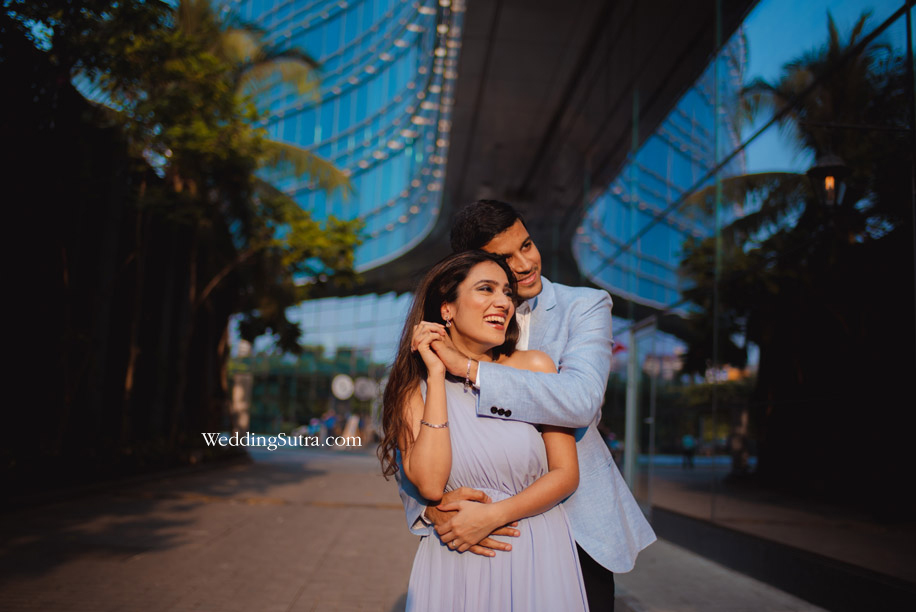 Over the next ten years, from being each other’s 3 A.M friend to now getting married, their relationship evolved as the couple learned and appreciated their differences. Ashutosh takes his turn and shares, “It somehow fascinates me how much you can learn from someone so different from you. Though I keep teasing her by calling her a robot by the way she functions, from excelling at work and taking time for her gym classes to meeting me and our friends all on the same day, this wonder woman’s balancing skills are unimaginable. That is the level of productivity I wish to achieve in my life one day.” Aashna giggles and picks up the conversation, “I think one of the most important things that made our relationship strong over the years is the fact that we communicate everything that we feel. I have always admired his calm approach towards things and the positivity he brings into my life.”

The most striking thing about the two is how much they value each other without changing each other, even one bit. Aashna says, “He’s unapologetically messy – you should see his room. So, I find my reasons to get angry at him to have him calm the fight with his cute, little gestures. It sounds like a fairytale cliché’, but we’ve never had a fight that lasted more than an hour.”

They both waited to get married to one another as they wanted to be financially independent first. Then, on the 3rd of February this year, Ashutosh decided to pop the question. Aashna says, her eyes lighting up as she remembers, “For months he had been planning the cutest, surprise proposal that everyone had kept from me with utter brilliance. He even arranged a secret meeting for our parents in January to bring them up to speed.” Ashutosh blushingly shares, “I have to admit; I was nervous. Everything I had rehearsed in my head for months was gone. I just got down on one knee and asked her if she’d make me the happiest man on Earth by being my wife and I saw her getting a little teary-eyed.” What made the proposal so special was that Ashutosh, in spite of being a very awkward person when it comes to expressing his fondness for Aashna publicly, really went out of his way to surprise her. He flawlessly pulled off the perfect dream proposal; perfect decor, outfit, and jewelry. Aashna adds to it, “The sweetest bit was, he got me the very same ring I had tagged him on in an Instagram page years ago. If we could do it all again, we wouldn’t change a single detail.” 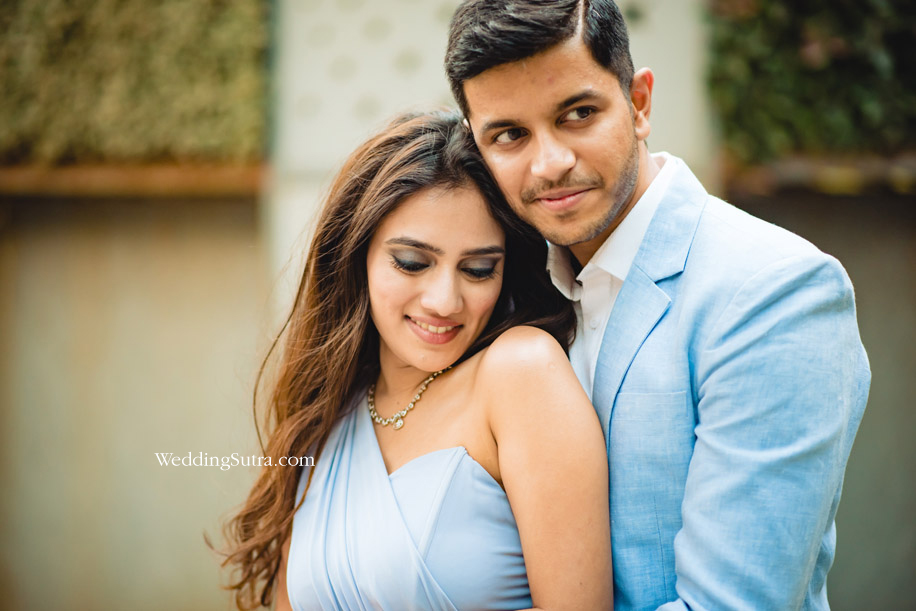 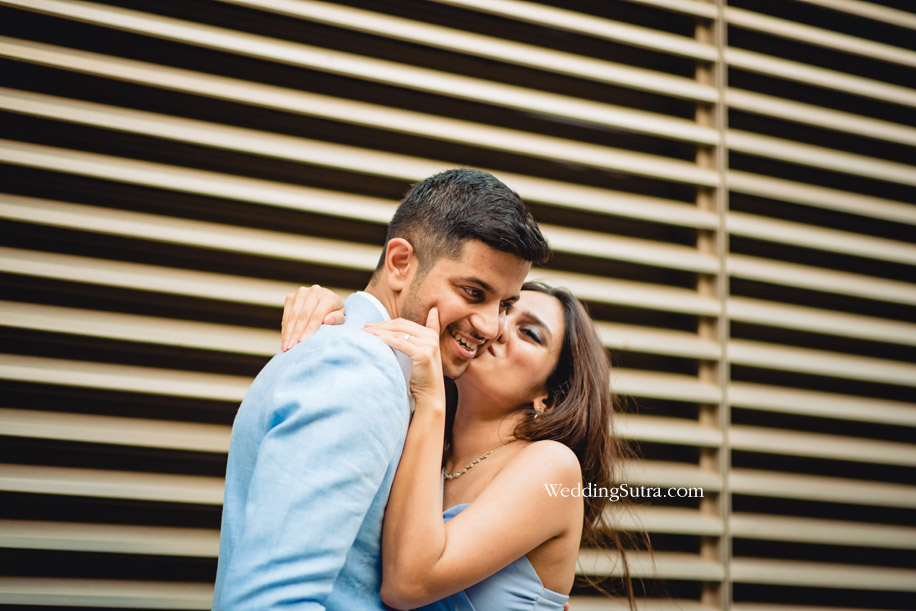 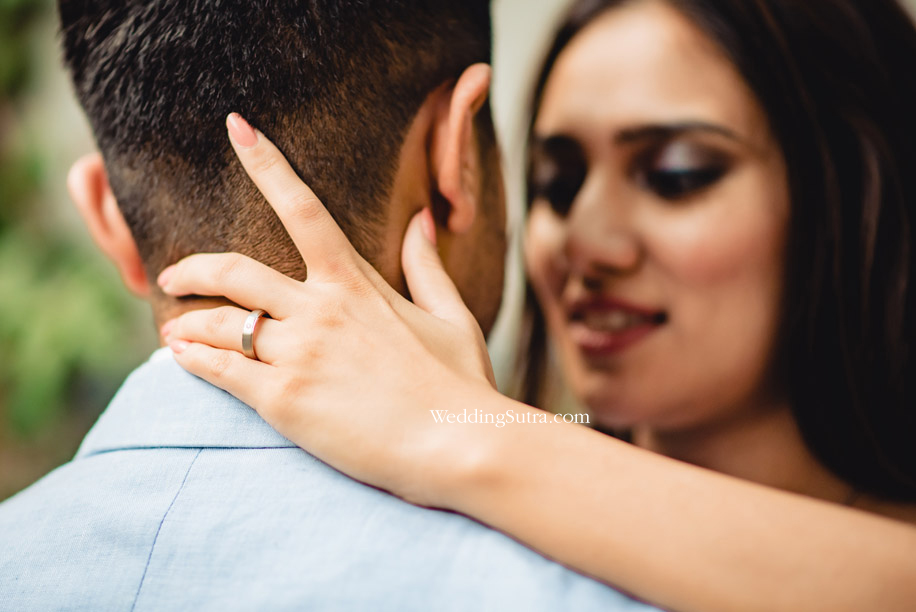 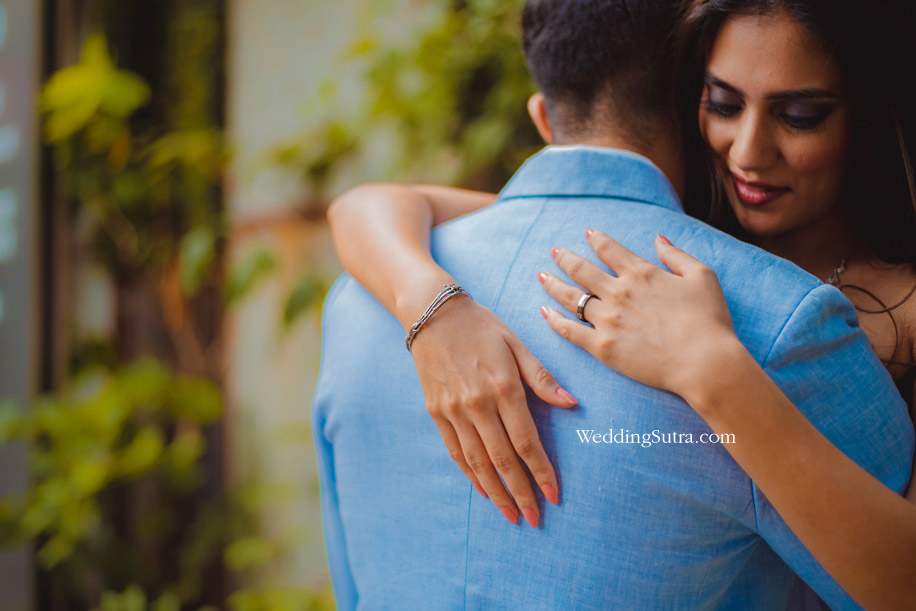 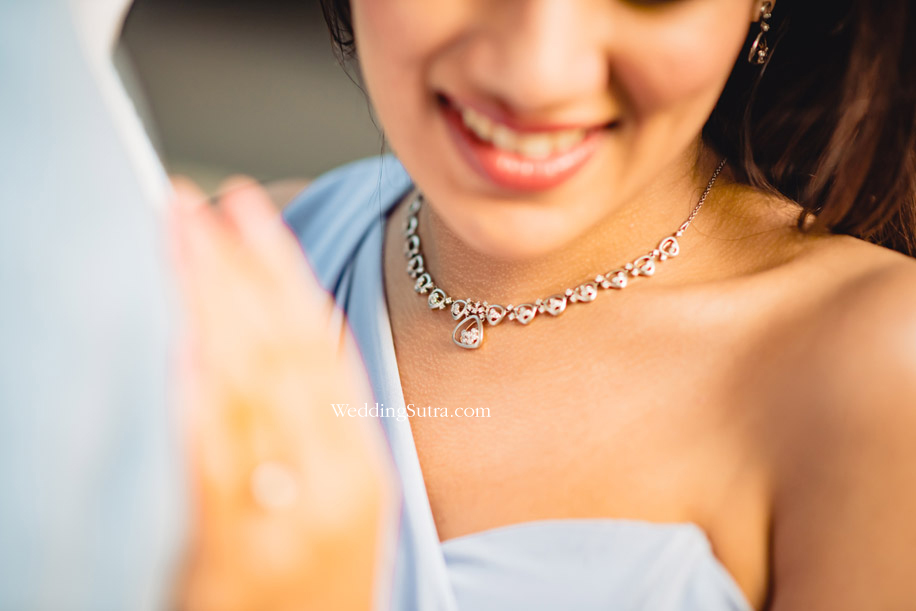 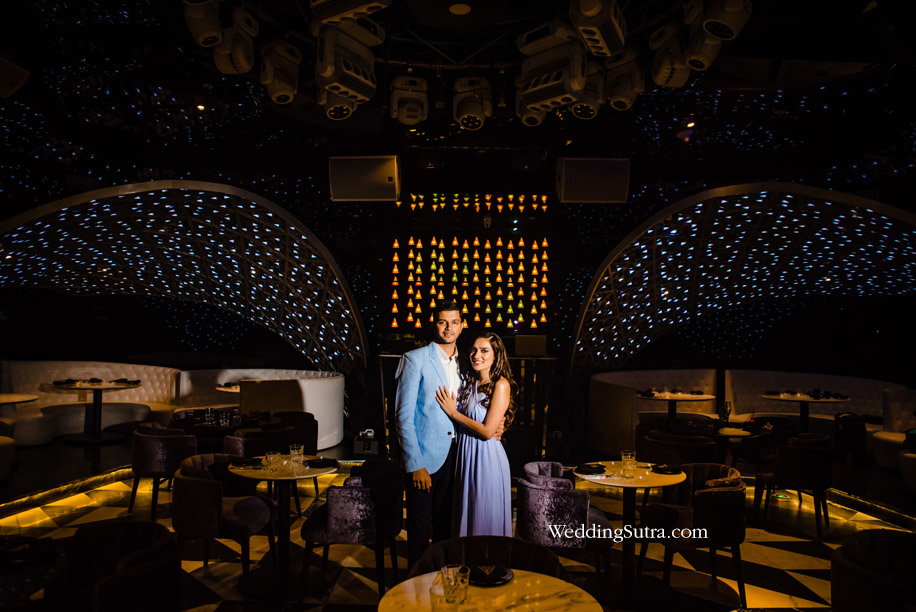 The bride-to-be says, “It’s been ten years now, but the most beautiful part of this relationship is that he’s STILL always looking out for me. Nothing feels different from the first day we met; I still get butterflies on our dates or trips together, and he still will always dress to impress!” 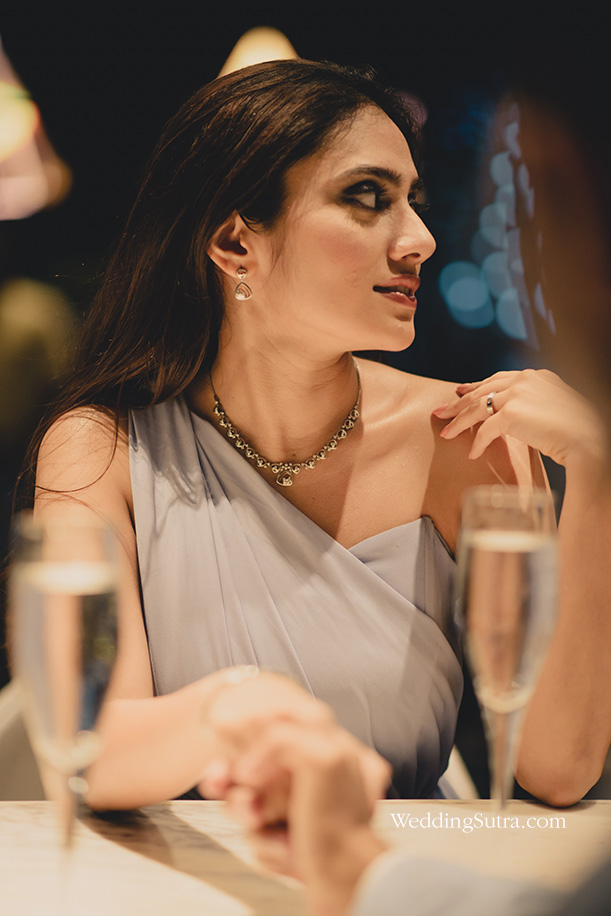 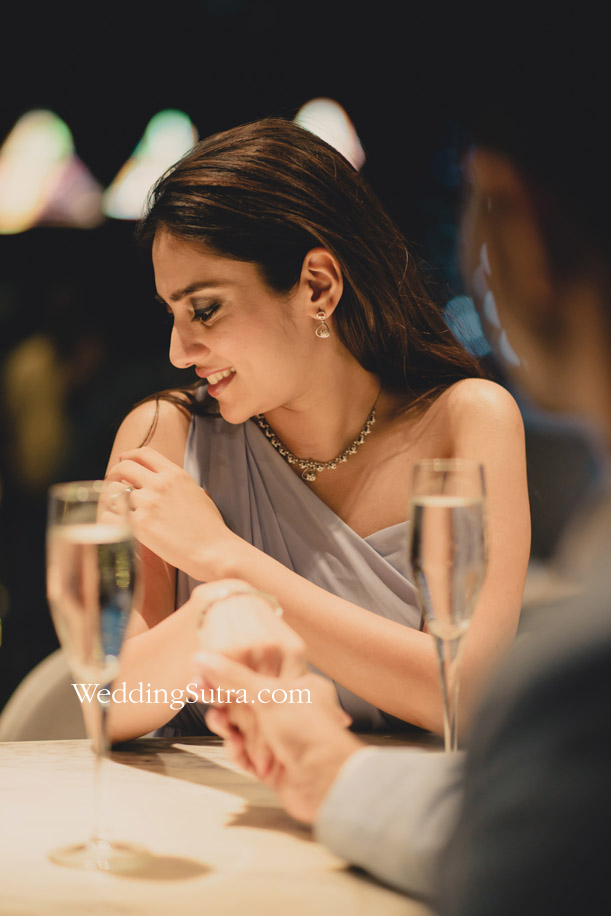 The best part about their relationship is that there is absolutely nothing either of them is unaware of. Aashna shares, “We have a different bond, one that no one could probably understand. We know exactly how the other feels without even having to express it. Ashutosh tearing up by going down memory lane adds, “I feel extremely fortunate to have her by my side. I know I have found a friend for a lifetime in her. How often does that really happen? It’s hard to find someone who’s not just the love of your life but also your best friend. So, to celebrate this, I knew it called for something just as rare – Platinum Love Bands. 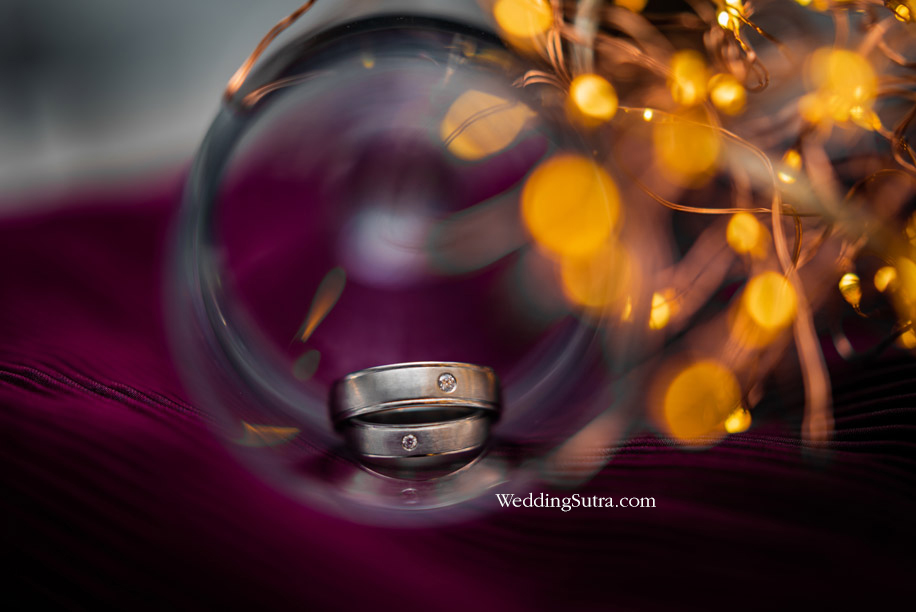 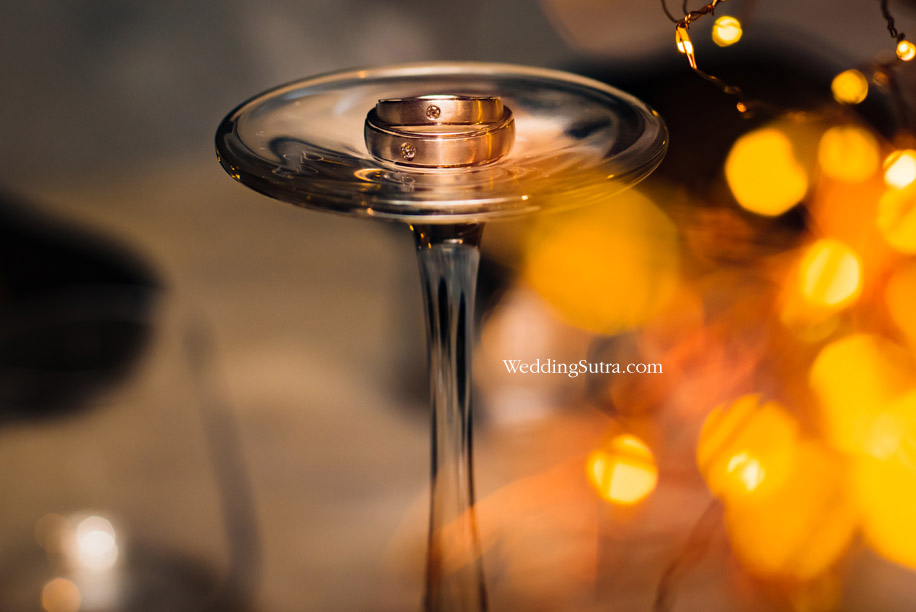 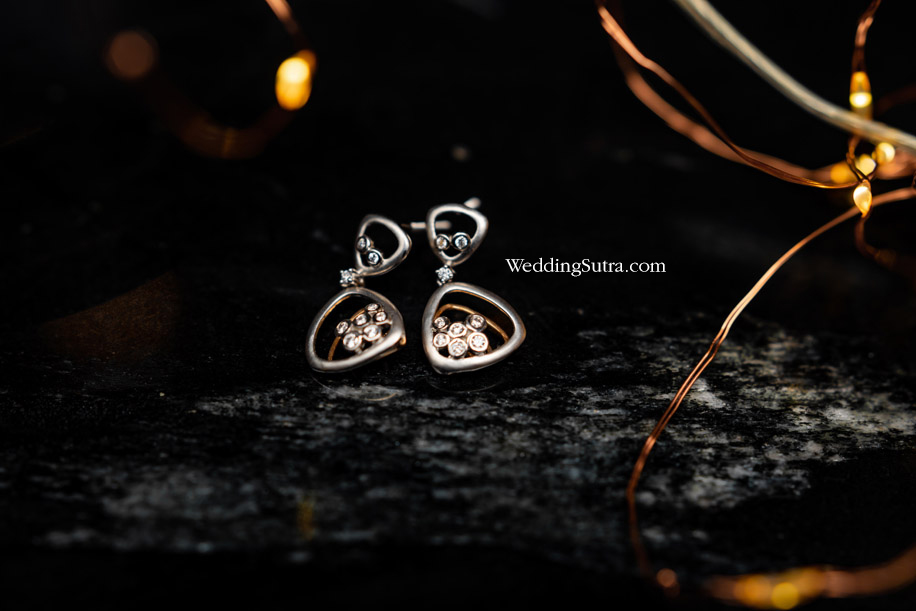 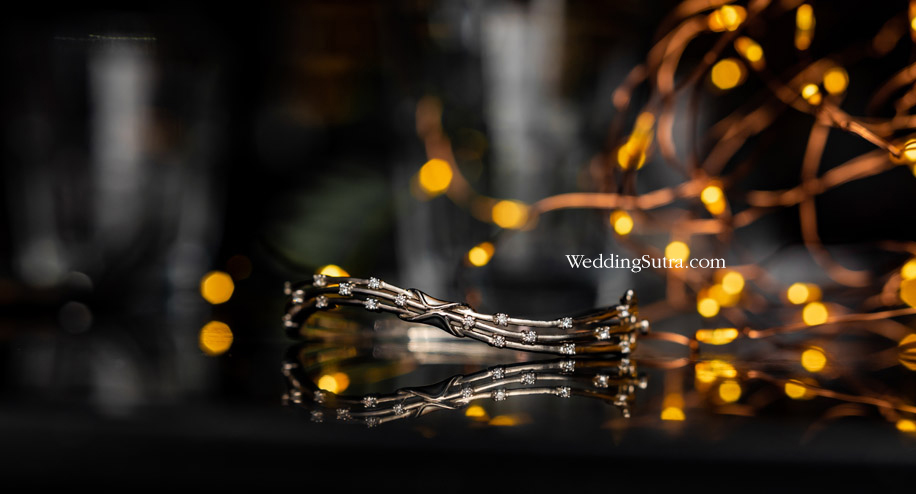 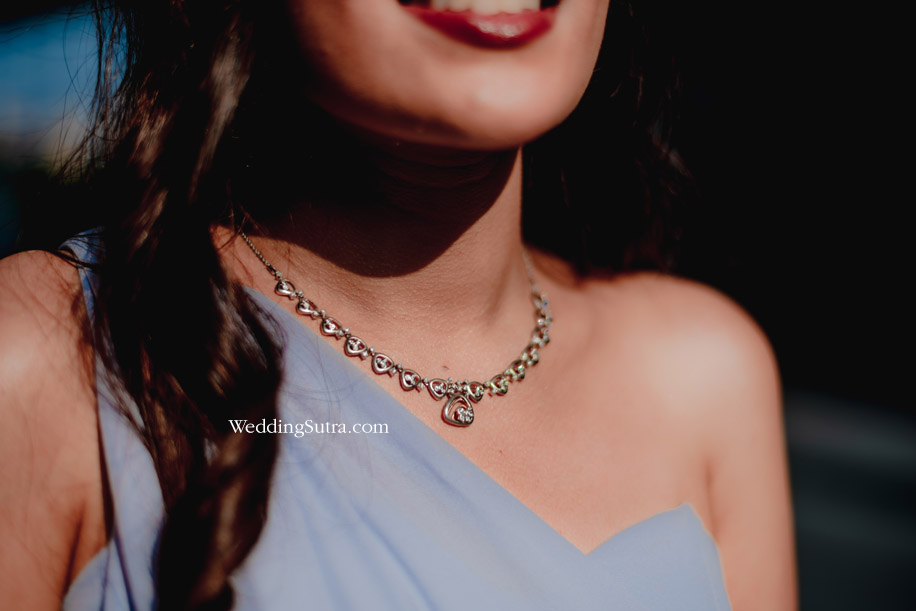 This entry was posted on Thursday, January 2nd, 2020 at 4:29:29 pm and is filed under Love Actually. You can follow any responses to this entry through the RSS 2.0 feed. Both comments and pings are currently closed.