Hema Malini and Dharmendra’s eldest daughter actress Esha Deol got engaged to businessman Bharat Takhtani at an intimate ceremony that took place at Hema Malini’s Juhu bungalow.  The theme for the Engagement was pink and white. The guests included family, the couple’s very close friends and Hema Malini’s cousin Madhoo Shah. Hema’s four-storeyed bunglow on 12th Road@ JVPD Scheme was decorated with lots of pink and white flowers, and guests were treated to sumptuous North Indian and South Indian delicacies. The gifts and favors for the groom and the guests were beautifully packaged by Hema’s neighbour Dr Kirti Desai, a popular trousseau packer in Juhu. Later in the evening, the newly-engaged couple hosted a party on their bungalow terrace.

Esha looked very pretty in a pink sari with green embellishments, teamed with minimalist jewellery. Hema Malini when asked about the marriage date told reporters, “it will happen soon and we will make an announcement.” 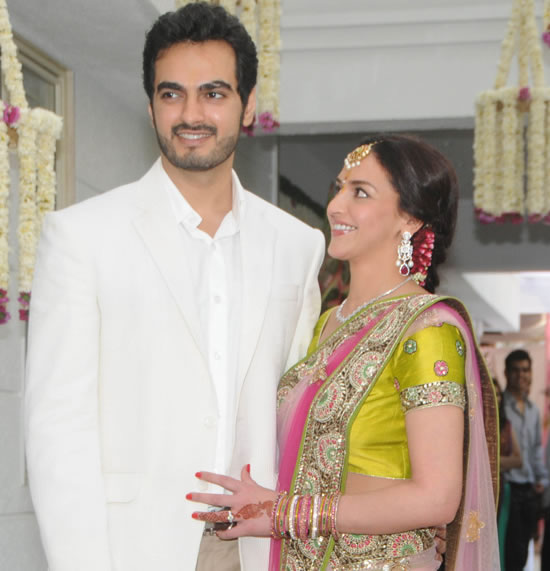 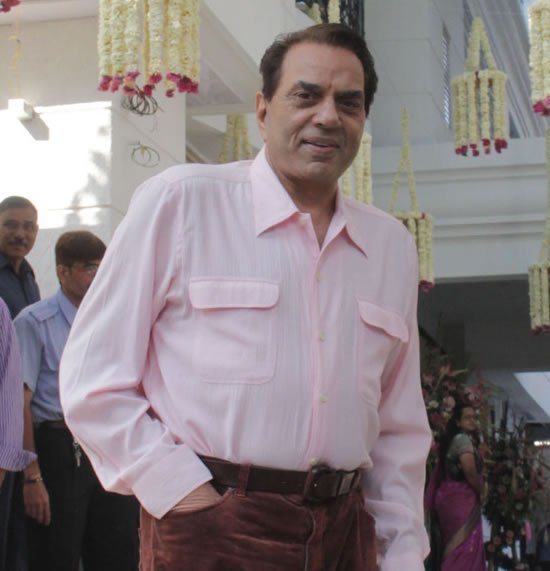 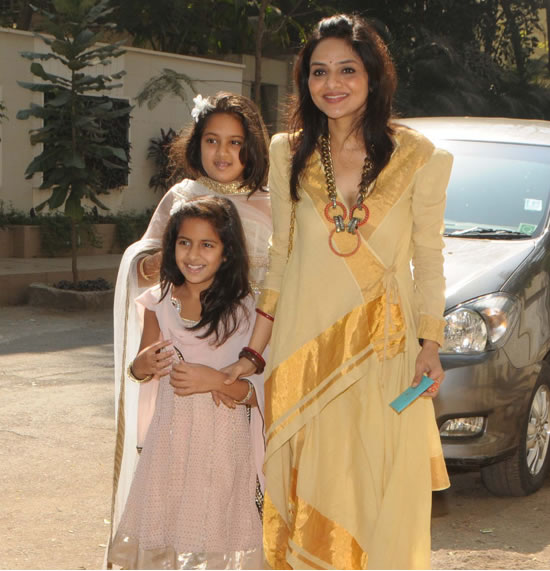 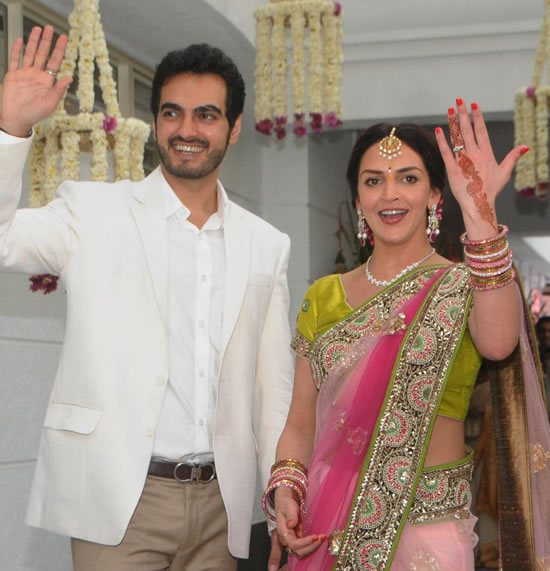 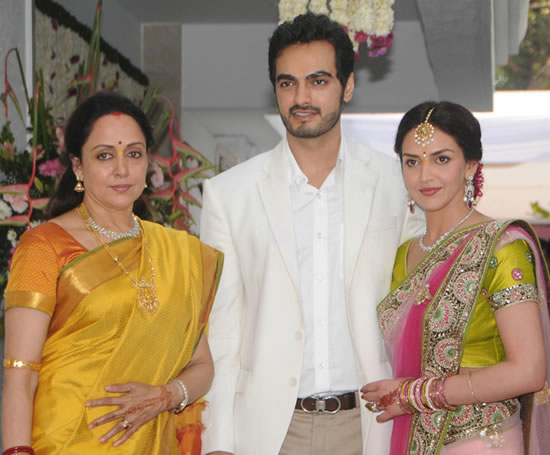 This entry was posted on Sunday, February 12th, 2012 at 10:30:23 am and is filed under Celebrity News. You can follow any responses to this entry through the RSS 2.0 feed. Both comments and pings are currently closed.