College sweethearts, Tanya and Sagar, recognized the chemistry brewing between them within a few days of meeting and getting to know each other. And, little did they imagine that six years later a surprise magical proposal would follow and begin a new chapter in their lives. Here’s how Sagar, with a little help from Tanya’s sister, executed the perfect surprise proposal by the beach. 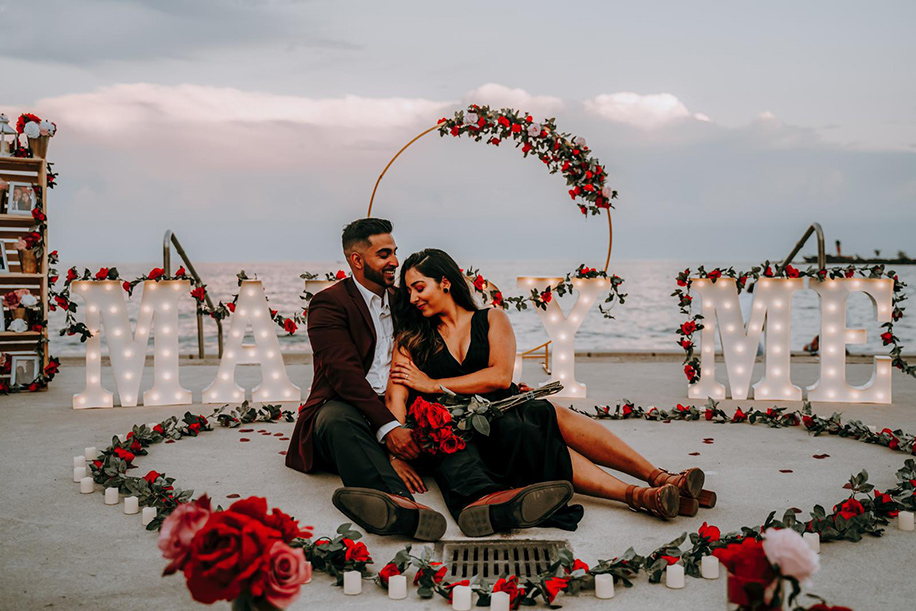 How they met
Tanya recollects, “Sagar and I first met in the college library where he walked up to me and asked how to get printouts from the computer. Not knowing that he was an IT graduate who was using a creative pick up line on me, I promptly helped him out and we started a conversation. Later on, when I came to know of his ploy, I was rather charmed by his subtle creativity and comedic circumstances! And, as fate would have it, within a couple of days, we realized that there was something serious brewing between us and three months later, we were officially dating. At this point itself, Sagar had mentioned that I was the one he was going to marry, and surprisingly, six years later, here we are today!” 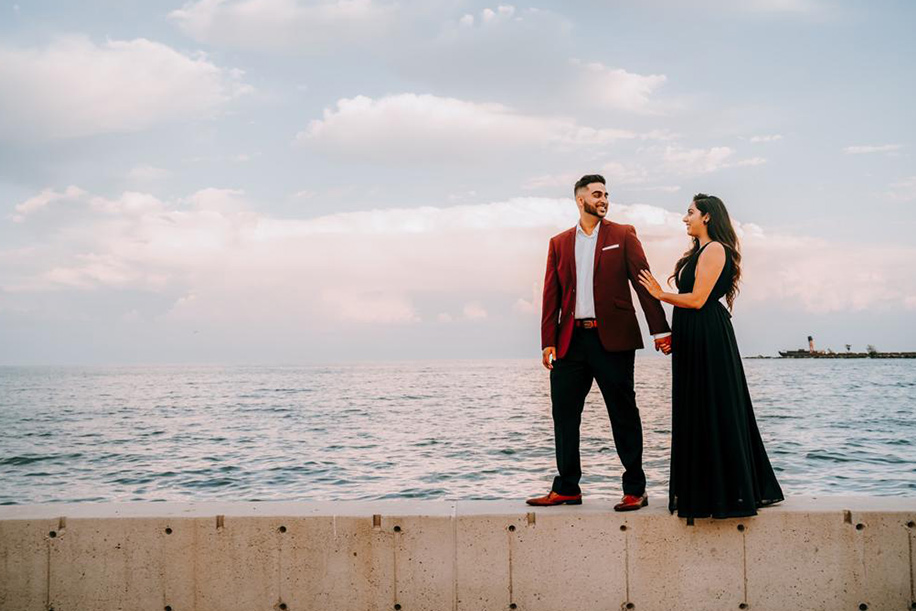 Proposal
Making sure that Tanya had no inkling whatsoever about his plans, Sagar concocted a ruse with her little sister in order to bring her to the location where he’d planned the wedding proposal. Tanya’s sister came up with an excuse for Tanya to have a photoshoot done in the park to hone her makeup skills and her friend’s photography skills to which she instantly agreed and the plan was set into motion. 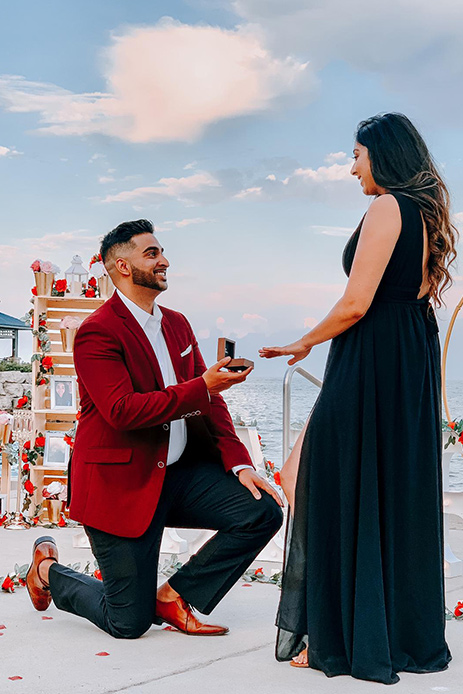 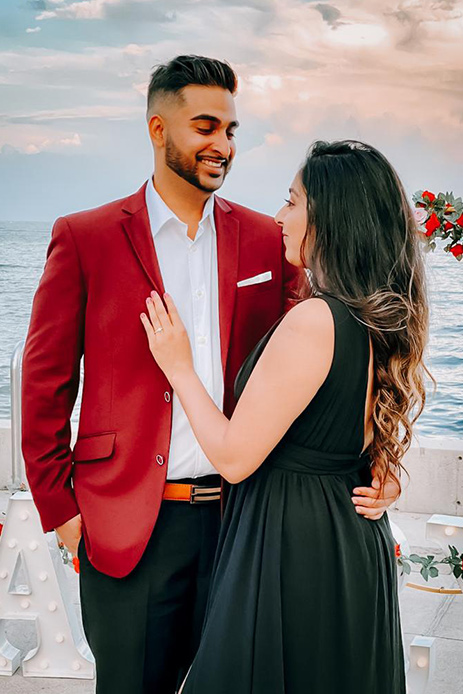 Decorated with exquisite red and white roses, and a gold floral wreath along with an LED sign that spelled out ‘Marry Me’, it’s safe to say that Sagar left no stone unturned in his quest for perfection. Tanya shares, “Since my sister loves to play with makeup and has a few friends learning photography, I happily agreed to act as a model for their photoshoot that was to be held in the park by the shoreline. However, the moment I stepped out of the car, turned a corner, and walked towards the park steps, I spotted Sagar looking dapper in a blazer. Surrounded by the salty breeze and the crashing waves, he popped the question and I uttered an instant ‘yes!’” 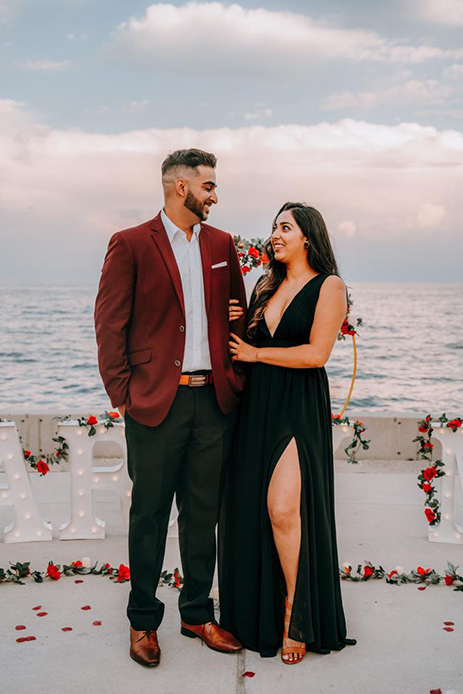 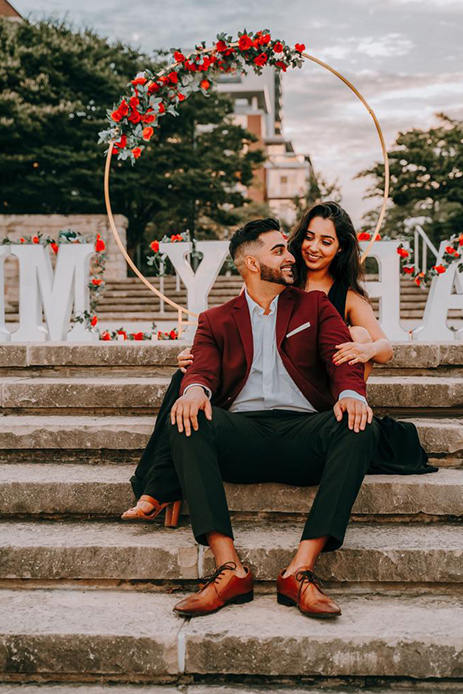 This entry was posted on Friday, September 4th, 2020 at 12:29:34 pm and is filed under Wedding Proposals. You can follow any responses to this entry through the RSS 2.0 feed. Both comments and pings are currently closed.