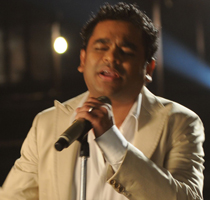 India Inc ushered in the New Year with the wedding of Nayantara, daughter of Chennai industrialists Shyam and Nina Kothari with Shamit Bhartia. The celebrations started on 14th January at venues like the ITC Grand Chola and a sprawling ground and ended on 17th January with an afternoon wedding and post wedding function at the Kothari Mansion in Nungambakkam High Road. The Kotharis and Bhartias kept the event private and access to the media was not permitted, but some relatives and guests including Amitabh Bachchan Tweeted about the Wedding. ‘It can’t get bigger than this- AR Rahman performs live at a wedding, first time ever’, a family friend Tweeted. Amitabh Bachchan who was there with his entire family Tweeted about music maestro Yanni’s performance at the pre-wedding party. ‘Yanni and his mesmerising group of performers at the wedding in Chennai. What an evening.’

Bride Nayantara wore creations by Tarun Tahiliani and Abu Sandeep (each a masterpiece is what we hear) while industrialists, politicians, bankers and close family and friends excused themselves from work to be present at the wedding of the decade. With so many VVIPs in the city, the Kotharis, their staff and the Wedding Planners had a logistical feat to pull off while the bride’s mamas, Mukesh and Anil Ambani (Nina Kothari’s brothers) and their wives played gracious hosts. The guests could’t stop marveling about everything- the super duper arrangements, the exquisite decor created with flowers from all over the world and the divine, authentic cuisine by the best vegetarian chefs from all over India. The wedding-related responsibilities of the girl’s side over the celebrations move to the boy’s home turf Delhi, where the Bhartia’s host a Reception on 21st January. 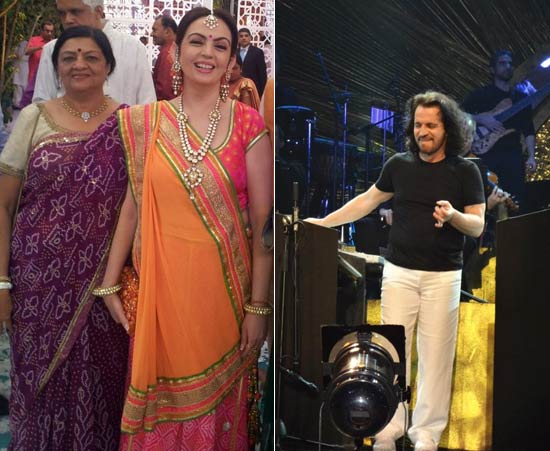 Bride’s Mami Nita Ambani at one of the functions

This entry was posted on Friday, January 18th, 2013 at 6:25:55 am and is filed under Celebrity News. You can follow any responses to this entry through the RSS 2.0 feed. Both comments and pings are currently closed.