Finally, it was the images of the decked-up elephant, and the groom on a white horse which excited Monaco and the world media most. Even before the wedding, the celebration was in-the-news, Indian newspapers talked about Kajal Fabiani and Gaurav Assomull’s exotic wedding destination, Monaco’s media referred to it as Biggest Destination Wedding in their principality, and members of the Sindhi community exchanged notes on the fairy-tale extravagaza which Billionnaire Kamal Fabiani was organising for his daughter. The four-day celebration ended on March 21st with a finale by singing sensation Akon. Here are some pictures of the Big Fat Marriage, managed by Aditya Motwane and Nemish Sanghvi of Percept D’Mark and Frank Damgaard, head of Monte-Carlo Weddings. 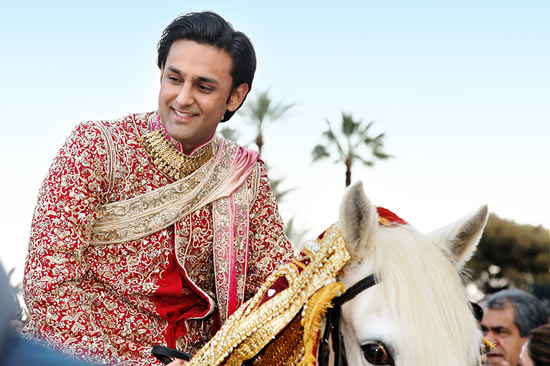 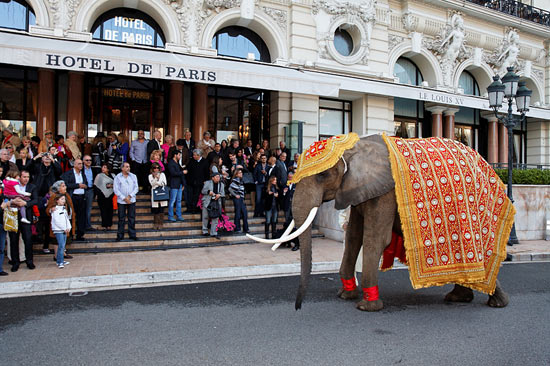 ‘Baby’, a 21 year old female elephant walks in front of the Monte Carlo Casino as part of the festivities 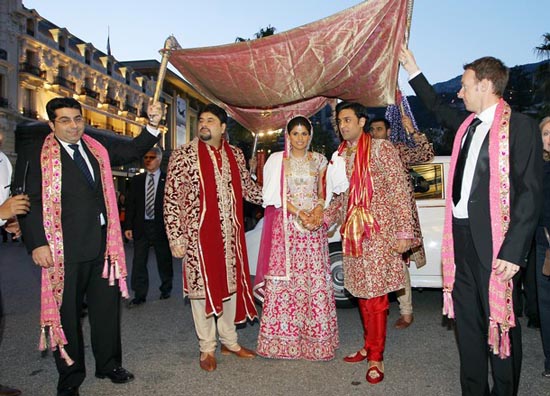 Gaurav and Kajal, in an ensemble by JJ Valaya, with her father 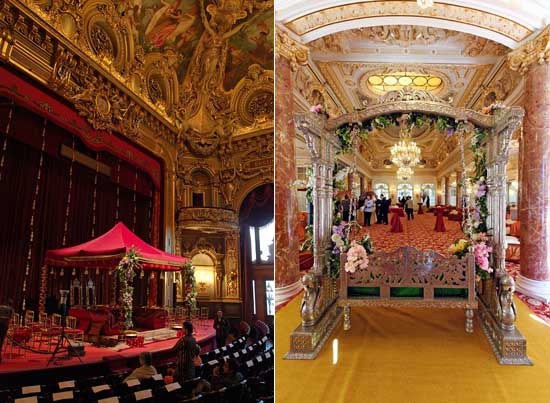 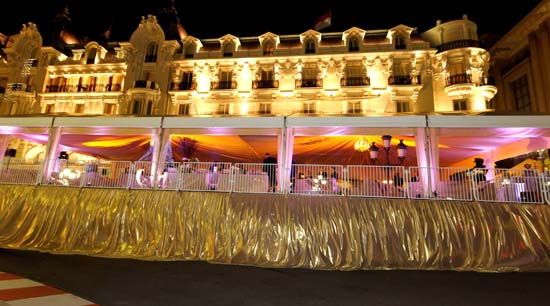 The decor and the venues for the Mehndi and the Shaadi

This entry was posted on Wednesday, March 23rd, 2011 at 2:08:32 am and is filed under Destination Weddings. You can follow any responses to this entry through the RSS 2.0 feed. Both comments and pings are currently closed.