Soon after Vega, daughter of Achla and Anil Kumar Gupta from Saharanpur got engaged to Delhi boy Aakash Garg Jahajgarhia, her parents were thinking of Mauritius, Italy or Spain as the venues for the Destination Wedding. But the bride-to-be wanted it in Sun City, because she was emotionally attached to Johannesburg, having spent many of her summer holidays and later college years there. 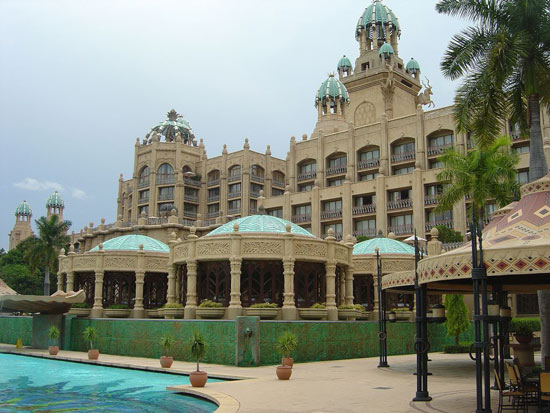 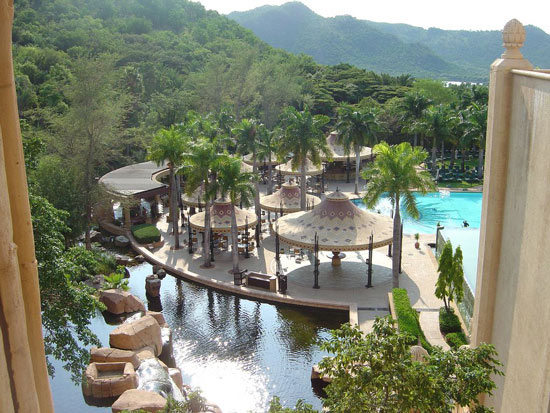 While we have often blogged about shaadis in Thailand and Bali, Mauritius and Malaysia, Macau and more recently Europe this is the first time we’re talking about a Destination Wedding in Africa’s glamorous leisure oasis. Vega and Aakash’s five day wedding celebrations commence at Sun City today, ending with the finale, a royal gala on May 3rd. The different functions are at The Palace of the Lost City, Sun City’s five star flagship Hotel. A fantasy world come to life, the Lost City has incredible jungles, cliff-tumbling gardens, sparkling streams, water falls, swimming pools and entertainment areas. 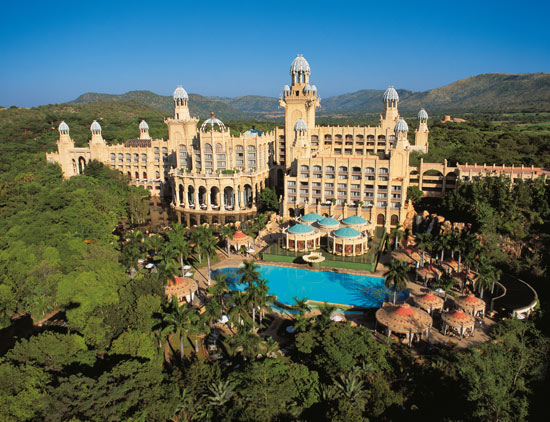 For the 400 guests, over 200 of who will be flying in from Delhi and Uttar Pradesh this will undoubtedly be an experience with a difference, a rare combination of African luxury and traditional Indian festivities. A number of local guests will be attending the wedding too- the bride’s maternal uncles Atul, Rajesh and Ajay Gupta are the owners of Johannesburg based The New Age Newspaper and Sahara Computers. The celebrations commence with the traditional ‘Godh Bhari’ at the Pool Deck. The Mehndi and Bhajans are at the Elephant Courtyard, the theme of the Engagement is ‘Fashion forward’ and after the traditional nuptials is a ‘Royal’ theme dinner at the Grand Ballroom. The finale is a Royal Gala at the Super Bowl Entertainment Center. In between all the hectic festivities, the guests will spend their leisure time pursuing a variety of leisure and water-borne activities- hot air balloon rides, game drives and water sports on the lake.

A week after the newly-weds and their families return to India, a Grand Reception for over 5,000 guests takes place in Saharanpur, where the bride’s father runs a Chemical, Investment and Real Estate company. Groom Aakash Garg Jahajgarhia, a post graduate in International Business from London works in his family business, the Jahajgarhia Group headquartered in Punjabi Bagh, Delhi.

This entry was posted on Tuesday, April 30th, 2013 at 4:29:01 am and is filed under Destination Weddings. You can follow any responses to this entry through the RSS 2.0 feed. Both comments and pings are currently closed.