Imran Khan marries Avantika Malik early next week and there’s excitement and buzz about many more Shaadis in B-town.

Avantika Malik and Imran Khan
On Saturday, 8th January the Mehndi function takes places at the Malik familys farmhouse in Karjat. On Monday, Avantika and Imran will be at the Marriage Registrar’s office after which they are hosting a party at the Taj Land’s End. After the newly-weds return from their honeymoon, Imran’s uncle superstar Aamir Khan will host a grand reception. Watch this space for more details on the wedding celebrations.

Lara Dutta and Mahesh Bhupathi
WeddingSutra first broke the news on Lara and Mahesh’s beach wedding in Goa. The beautiful couple are marrying at a Taj property in February this year and over two hundred guests are attending the celebrations in the land of fun, sun and sands. 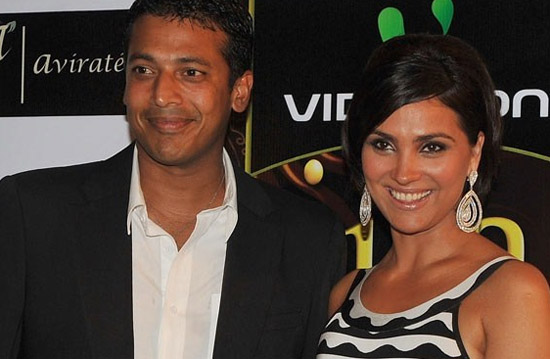 Ritika Jolly and Sammir Dattani
The talented actor got engaged to his long-time sweetheart at a stylish ceremony at Tote, Mumbai on December 19. An MBA by qualification, Ritika earlier worked in the corporate sector and is now keen to make a career as a Bollywood script writer. According to the buzz, the cute-looking couple are planning a grand wedding sometime in March 2011, but the dates will be finalised depending on Sammir’s film shoot schedule.

Lisa Ray and Brett Wilson
Actress/ model Lisa Ray is marrying Canadian businessman Brett Wilson (53), though the couple haven’t announced the wedding date yet. Brett, like Lara is also a cancer survivor, having successfully battled an advanced stage of prostate cancer. Fifteen years older to Lisa, the good-looking Brett is the father of three young adult children and also known as the generous dragon on CBCs hit business reality show- Dragon’s Den. The wealthy merchant banker slowed down his highly hectic lifestyle, to spend more time on his most passionate priorities: his family and friends, traveling the world with his children, and to support various support groups to help cancer patients.

Another glamorous couple is tying the knot. Big Boss actor Sameer Soni has announced that he will marry Neelam Kothari sometime in January or February. According to reports, this will be a low-key affair. This is the second marriage for the model turned actor, and the actress turned Jewellery Designer. Sameer was earlier married to Rajlaxmi Khanvilkar, and Neelam was married to a UK based businessman.

This entry was posted on Wednesday, January 5th, 2011 at 2:41:42 am and is filed under Celebrity News. You can follow any responses to this entry through the RSS 2.0 feed. Both comments and pings are currently closed.