Dia Mirza wears a Ritu Kumar outfit for her Mehndi

Actress Dia Mirza is tying the knot with her long-time boyfriend Sahil Sangha in New Delhi, where his parents live.

Yesterday, was an intimate Mehndi function for which Dia wore a marigold yellow anarkali suit in chanderi fabric designed by Ritu Kumar. It was teamed with a fuschia color odhni. Sahil wore a maroon red kurta. 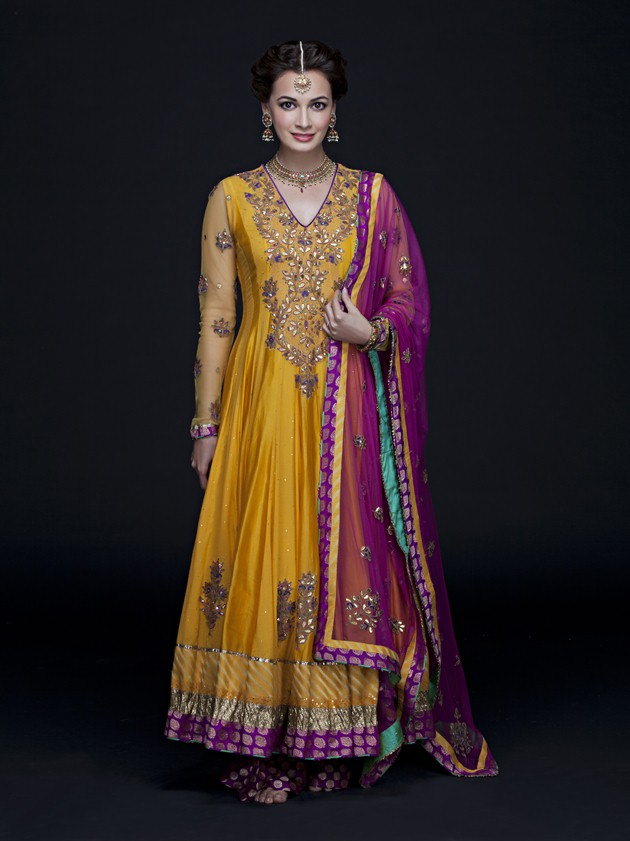 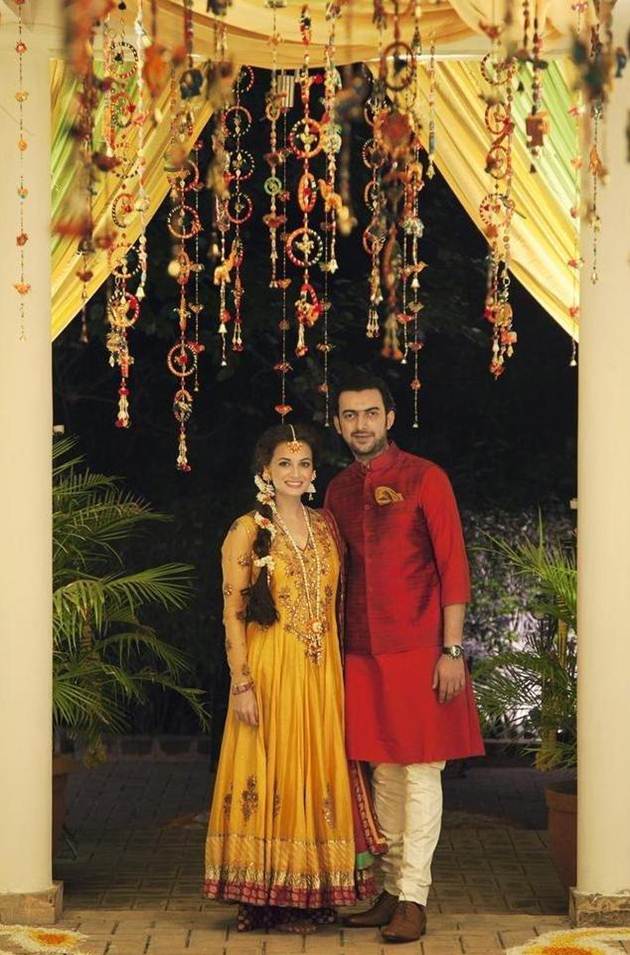 The Sangeet is tonight and the Wedding takes place tomorrow. Both these main functions are at farmhouses in Chattarpur, New Delhi. For the sangeet, Dia is expected to wear an Anita Dongre creation, for the wedding a Ritu Kumar ensemble, and for the post-wedding dinner, a Shantanu Nikhil gown. According to Dia’s friends, actor Boman Irani is likely to do the ‘Kanyadaan’ for Dia as she considers him a father figure. During the making of ‘Lage Raho Munnabhai’, they shared a very special bond and hence, he will perform all the rituals of a father.

Watch this space for more!

This entry was posted on Friday, October 17th, 2014 at 2:40:14 am and is filed under Celebrity News. You can follow any responses to this entry through the RSS 2.0 feed. Both comments and pings are currently closed.