The much-in-the-news destination wedding this season is of Roshni and Rohan. Roshni is from London and Rohan’s father Yogesh Mehta is a Dubai-based business magnate. Here’s more about the RoRo wedding and the pics courtesy Daily Mail and dotdusk studios (New Delhi).

The three day celebrations took place across different hotels and venues including The St Regis and Villa Corti, a lavish renaissance villa set in a small town in the Tuscan countryside near Florence. Over 500 guests flew in from all over the world to attend the luxe affair.

The wedding was managed by Mumbai’s Aditya Motwane and his team at MEW (Motwane Entertainment & Weddings) while the décor & design was conceptualized by WDC (Wedding Design Company).

Initially, the groom was to arrive on an elephant but the city’s council objected to the idea citing health and safety issues and animal welfare concerns. But that didn’t cause any hindrance to the festivities. The groom arrived atop his friends’ shoulders amid a sea of pink turbans while Popular Bollywood Singer Sukhbir belted classic shaadi songs. DJ Zubair and DJ Sameer from Dubai kept the energy levels high at all the celebrations.

The groom’s father is one of the largest independent petrochemical distributors in the Middle East. He also owns the Raging Tiger events company, which stages a number of concerts and balls across UAE. 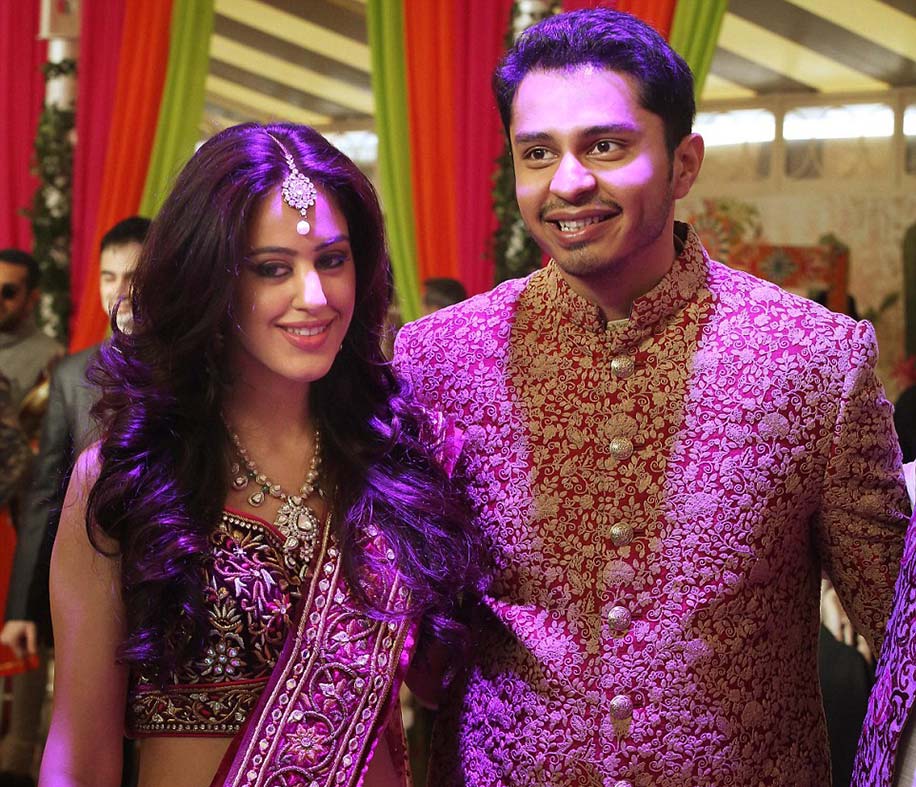 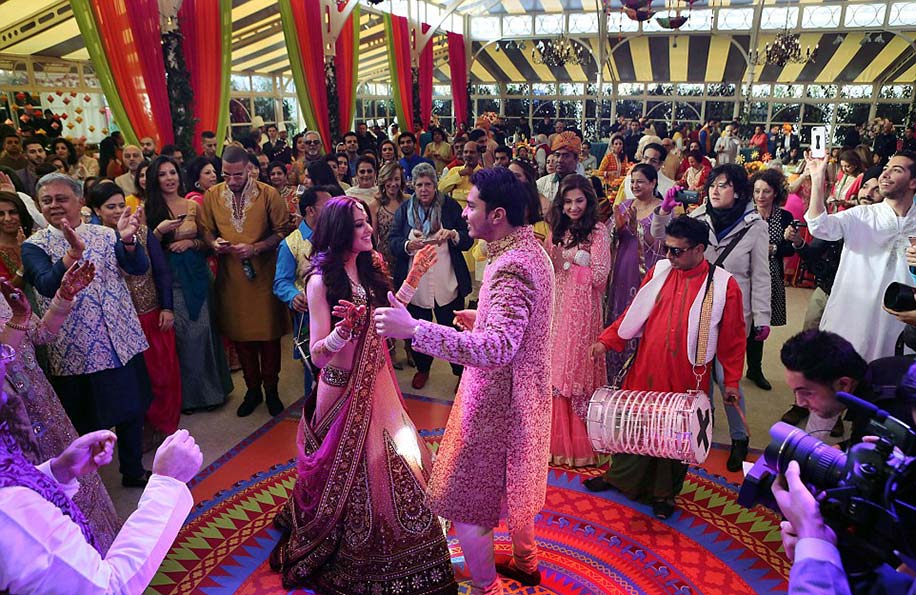 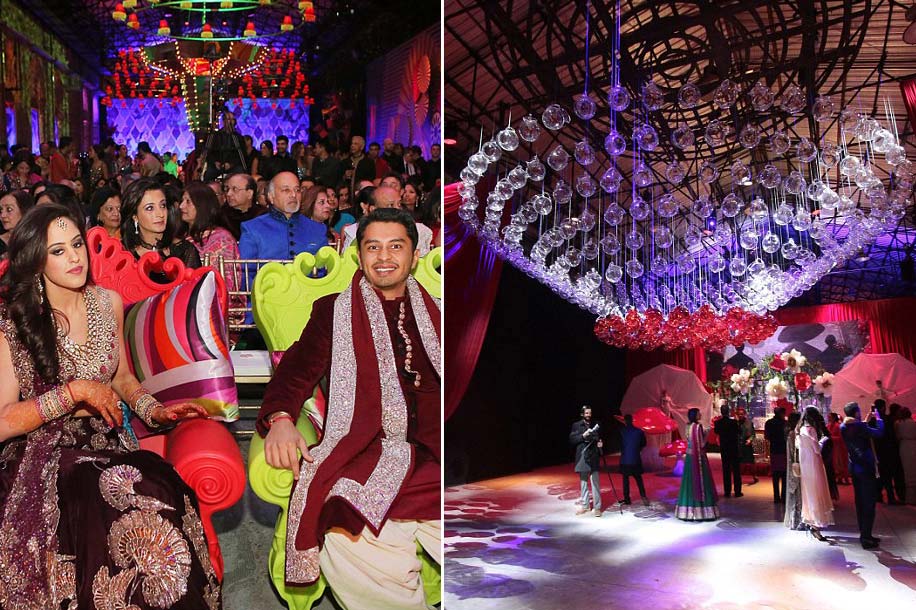 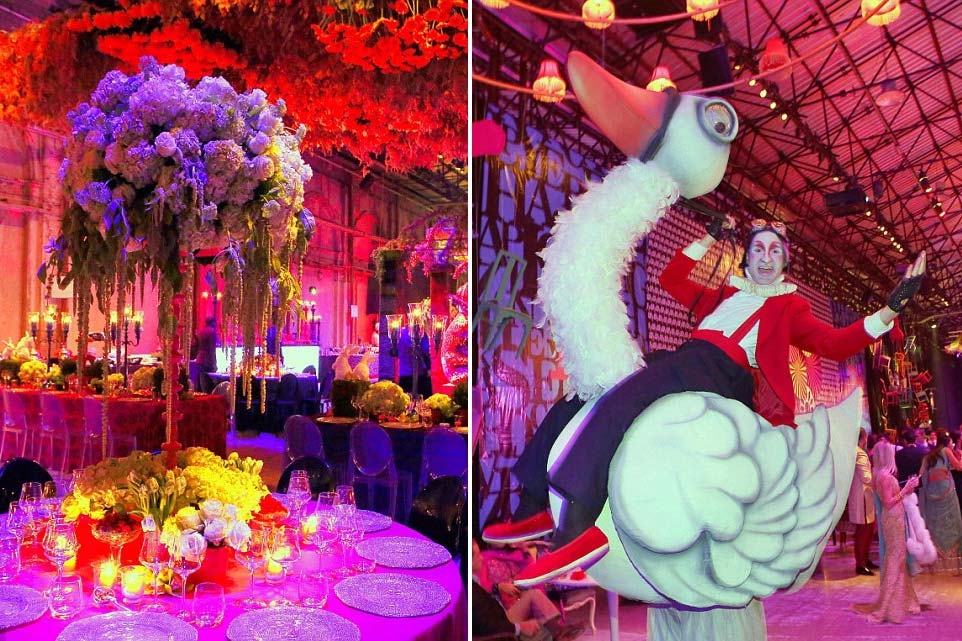 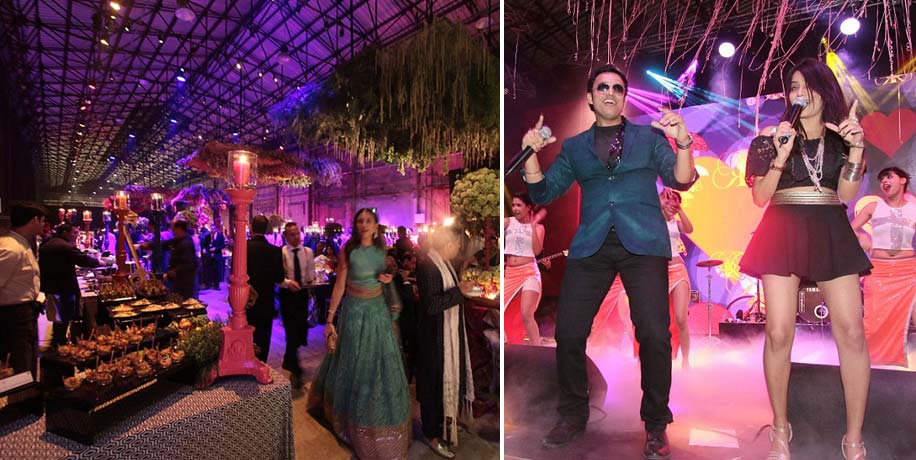 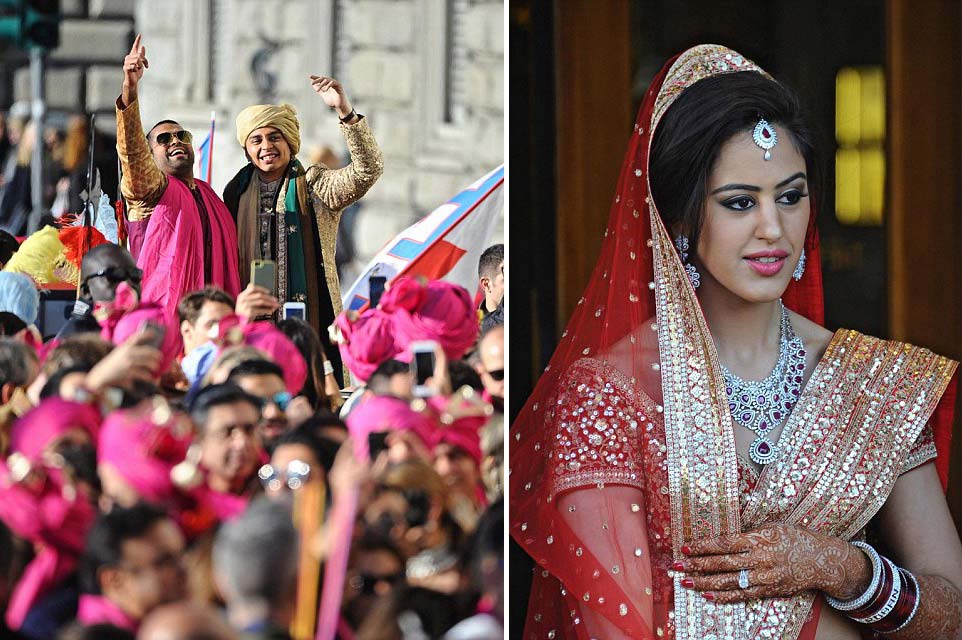 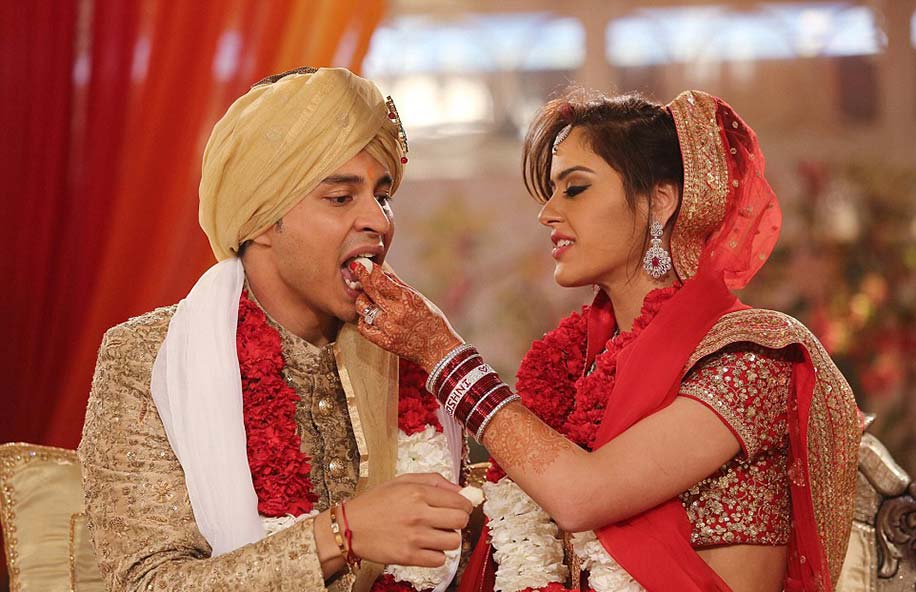 This entry was posted on Sunday, November 29th, 2015 at 9:52:37 am and is filed under Destination Weddings. You can follow any responses to this entry through the RSS 2.0 feed. Both comments and pings are currently closed.