Gurpreet Singh Sandhu, football goalkeeper with Bengaluru FC, first encountered Devenish on Instagram where they instantly hit it off. But, as fate would have it, their busy schedules and the thousands of miles between them kept these two kindred souls from taking a leap into love. However, all thanks to the intricate plans of the universe, they were soon able to spend much more time cementing their relationship and the duo quickly realized the potential it had. Soon, marriage was on the cards, but Gurpreet just couldn’t pass on a chance to pop the question in the most romantic way to the love of his life. 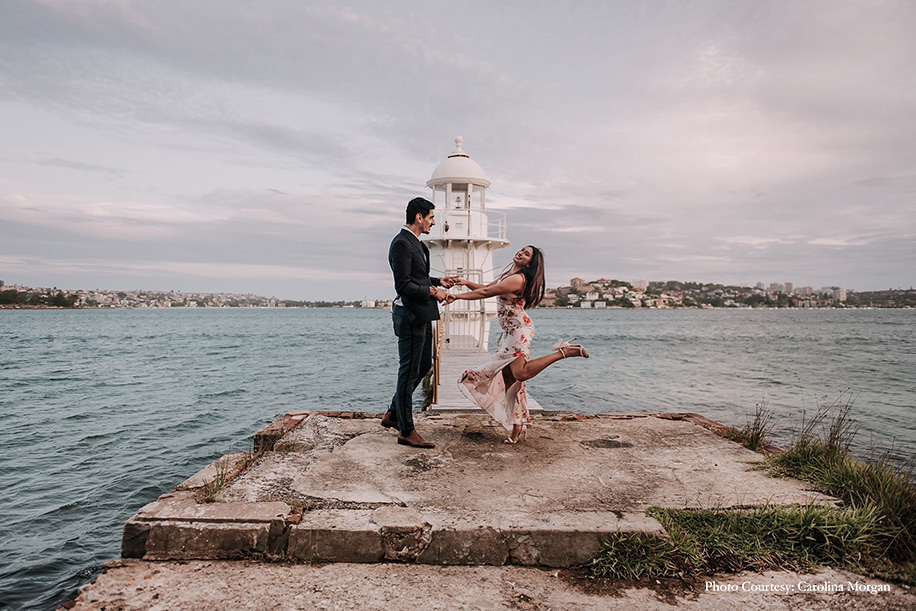 Devenish shares, “Gurpreet and I first met on Instagram where we felt an instant connection between us. But, with him playing in Norway and me being based in Sydney, we both were resigned to the fact that there was no room for love in our friendship. But as days flew by, our conversations plunged deeper and deeper. Coincidentally, I found a job opportunity with Vogue India which required me to shift base to Mumbai. The shortened time difference and the reduced distance finally worked its magic and somehow, we just knew that there was a meaningful connection between the two of us that we just couldn’t ignore. Luckily enough, his next national team camp was in Mumbai and we met in person on the first day itself!”

Recalling the turn of events that led to her stunning and emotional surprise wedding proposal by Darling Harbour, Devenish recalls, “Gurpreet was in Chandigarh and had planned to fly to Sydney to meet me. But with the COVID-19 rapid global spread, I knew that strict traveling restrictions were bound to be implemented. Quickly, Gurpreet preponed his ticket a week before the initial date, and just as I’d thought, the Australian border closed three days after he’d landed! 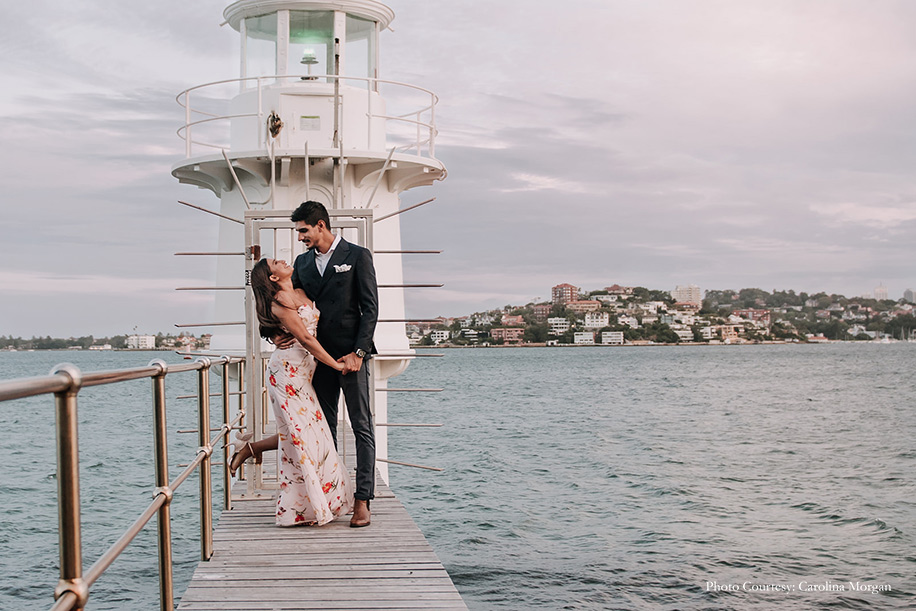 On the day of the proposal, I had absolutely no idea about his plans and was napping about an hour before it happened. So, when he suggested a small pre-wedding photoshoot and instructed me to dress up, I had zero qualms since we both had marriage on our minds. He drove me up to Bradley’s Head where we walked along the pier hand-in-hand while having an incredibly heartfelt conversation about our relationship and its journey. At that moment, I instinctively knew his intentions behind bringing me to this beautiful place. And, when he went down on one knee, I was a bundle of nerves, overwhelmed with emotions. He asked, ‘Will you marry me?’ and I just couldn’t stop smiling from the sheer happiness I felt. The moment I said ‘yes!’, he turned me around and I saw my closest friends and family emerge to congratulate and bless us. Finishing off one of the most memorable days of my life was a cozy picnic by Darling Harbour accompanied by a bottle of champagne.” 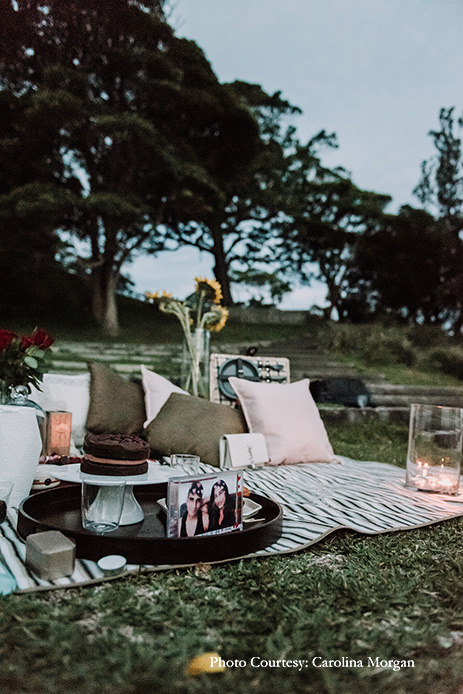 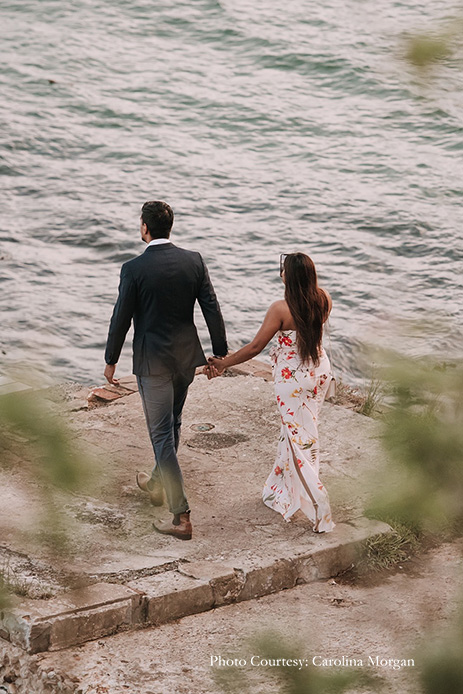 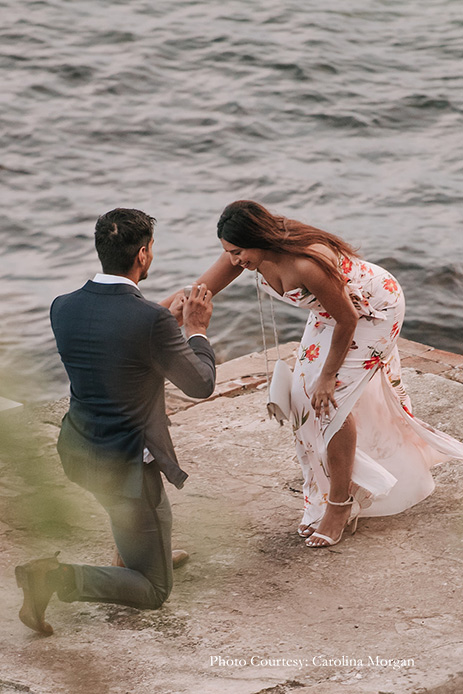 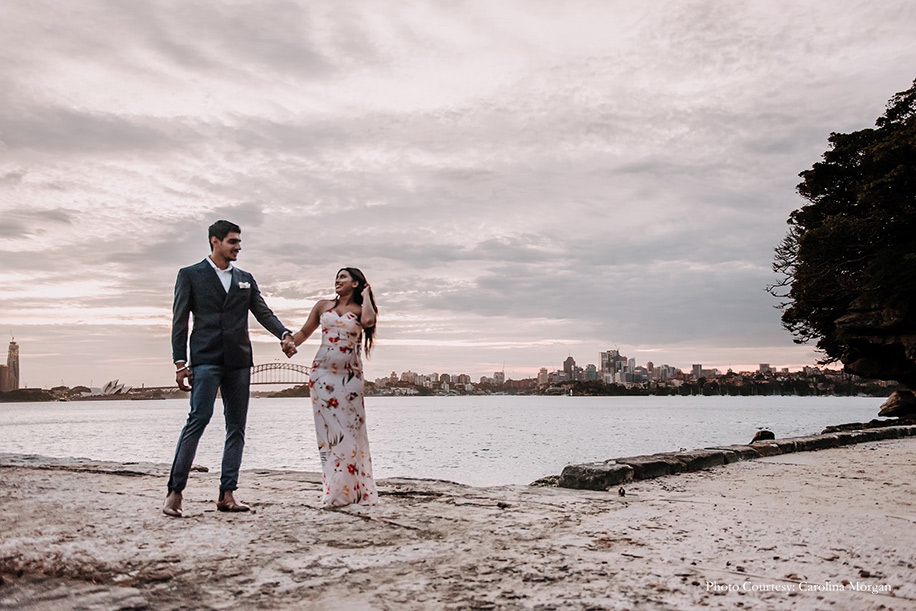 This entry was posted on Thursday, July 23rd, 2020 at 1:26:23 pm and is filed under Wedding Proposals. You can follow any responses to this entry through the RSS 2.0 feed. Both comments and pings are currently closed.