Get inspired by this magical proposal in mesmerizing Cappadocia

The fairy chimneys of Cappadocia in Turkey are known for their striking looks that also offer spellbinding views. These tall iconic rock formations house a number of inns and hotels which make for a unique experience. Sahil chose this enchanting region to propose marriage to Alifiya, here he tells us about their love story and how he went about planning the perfect proposal. 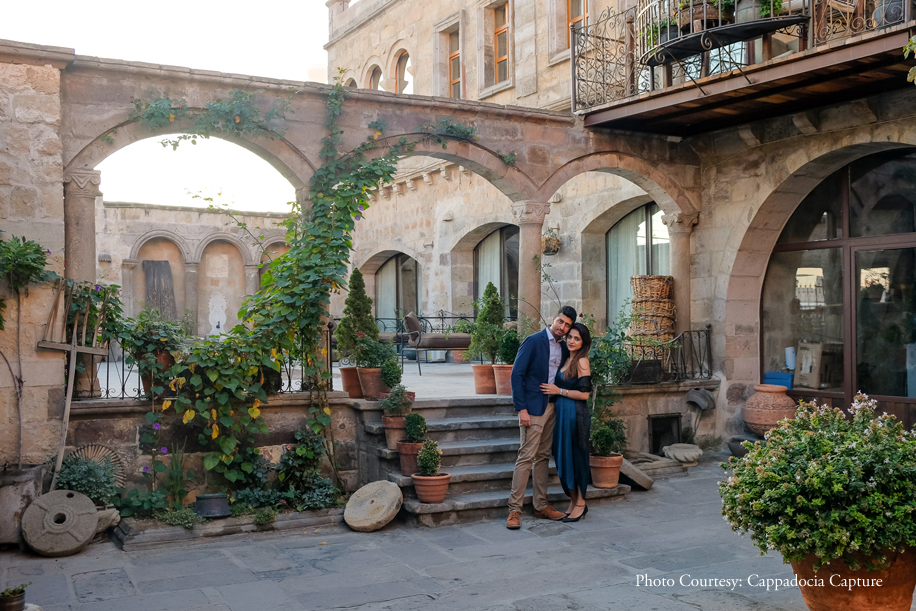 How They Met
“Alifiya and I met when we were in college where we were studying engineering and began dating on April 12, 2012. In the last seven and a half years of dating, we remained in a long-distance relationship for about three years when I was away in the US for my post-graduation, while she stayed back to pursue interior designing.” 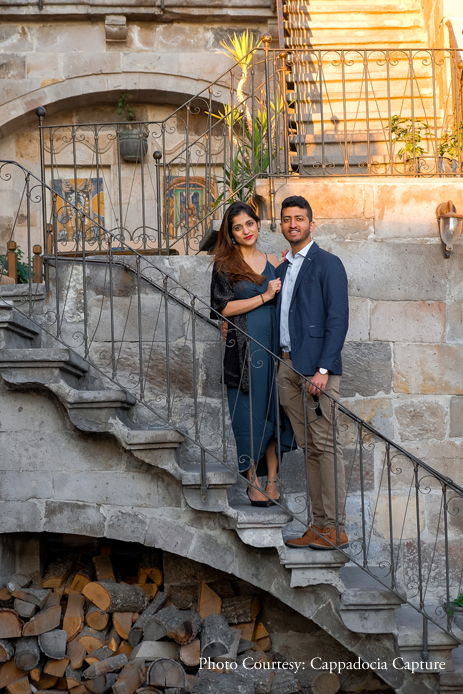 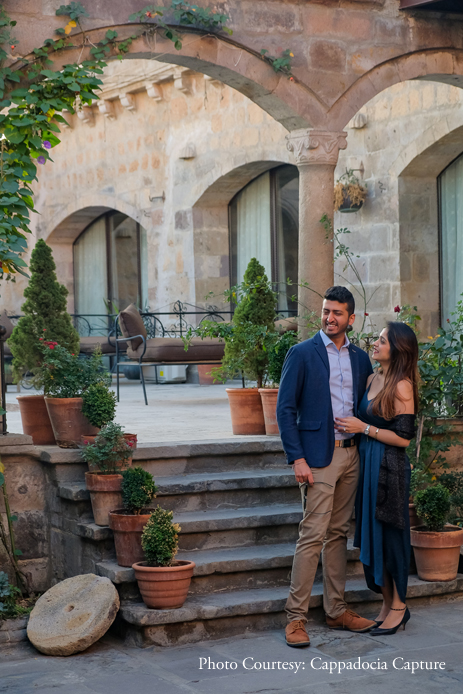 The Proposal
“I began planning this surprise trip about two months in advance, and it wasn’t until a week before we left, that she realized that her friends were not going to be joining us on this vacation. We arrived at Cappadocia first via Istanbul and stayed at the Sultan Cave Suites. The property is extremely popular for the views it affords from its upper viewing deck. The staff even lay out a breakfast-like setup complete with fake fruits, bread and so on, making it the most insta-worthy spot in Cappadocia. There are very few settings that come close to offering the kind of beauty that this place does, so I knew this was just where I was going to pop the question.” 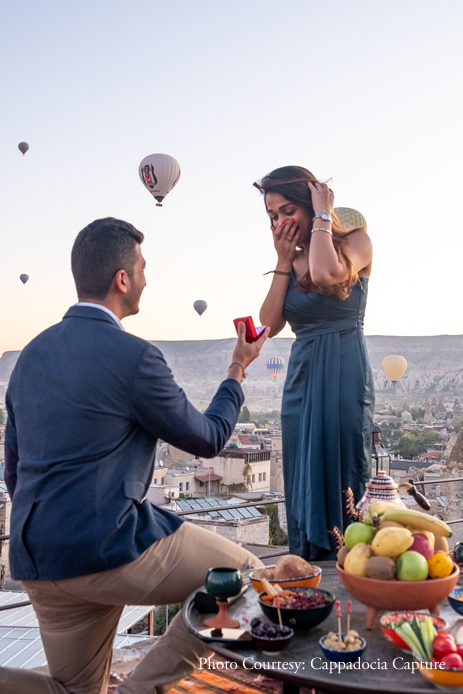 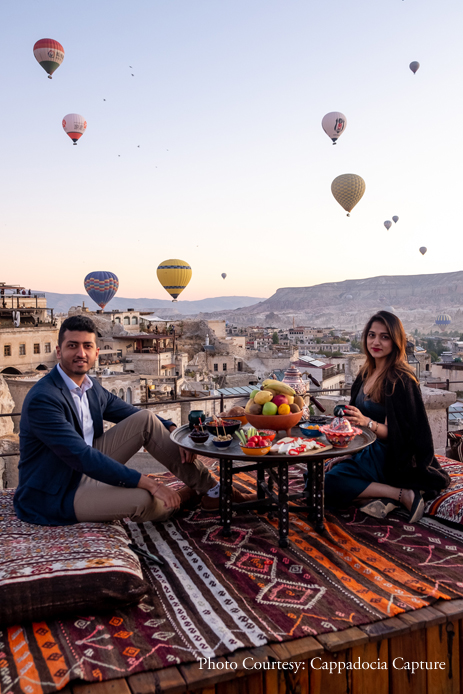 “Alifiya and I decided to get ready at 5:30 a.m. in order to make it in time to the deck. This place sees a lot of couples dressed in gowns and jackets in the early hours in order to get the perfect shot, which is why us getting dressed up only seemed natural instead of throwing her off.”

“I had booked a photographer via the hotel weeks in advance and I met her at 6 am, while Alifiya was getting ready. She concocted a story and said that she would present herself as a student and approach us under the pretext of taking photos for her portfolio. By around 6:30 am, we joined the queue to go up and the photographer only gave me the green signal to enter the terrace when the lighting was great and loads of balloons were in the air.” 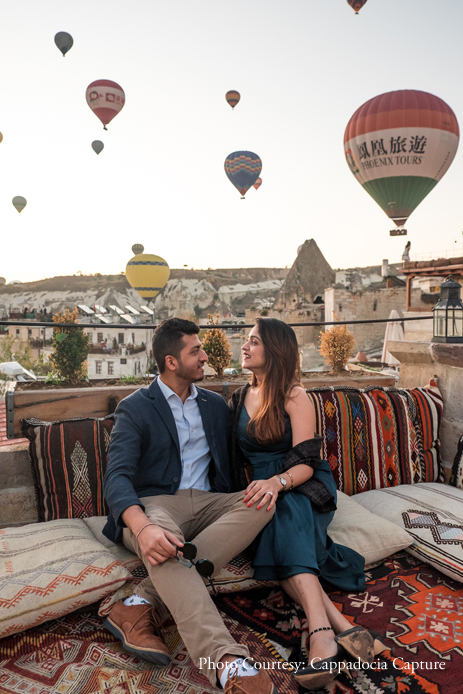 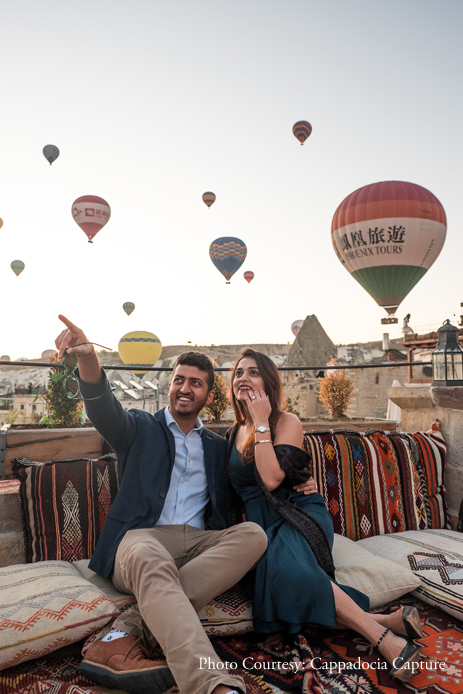 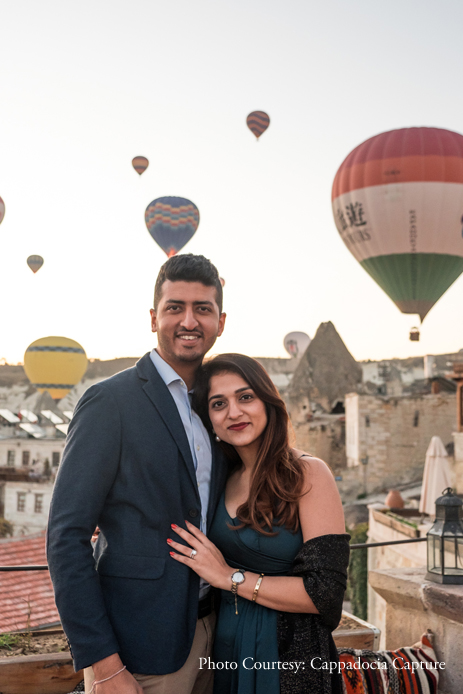 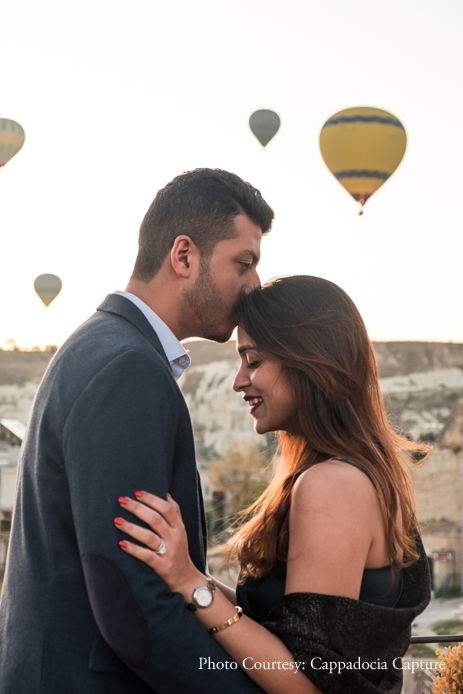 “I had connected my phone to the speakers that I had hidden and when we went up, I played the song ‘I Like Me Better’ by Lauv. Although she did get a little confused when the music began to play, Alifiya dismissed any ideas that she might have had once we began posing for the pictures. When the time was right, I made the classic ‘What’s that over there?’ remark and as soon as she looked away, I got down on one knee and surprised her. I asked her if she would marry me and she said ‘Yes!’ While she was taken aback, the guests present on the terrace hooted and clapped. Just then the photographer revealed herself and we continued to take pictures.” 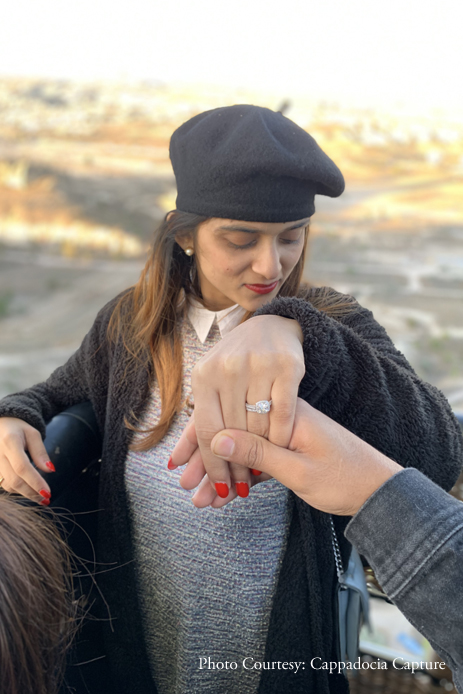 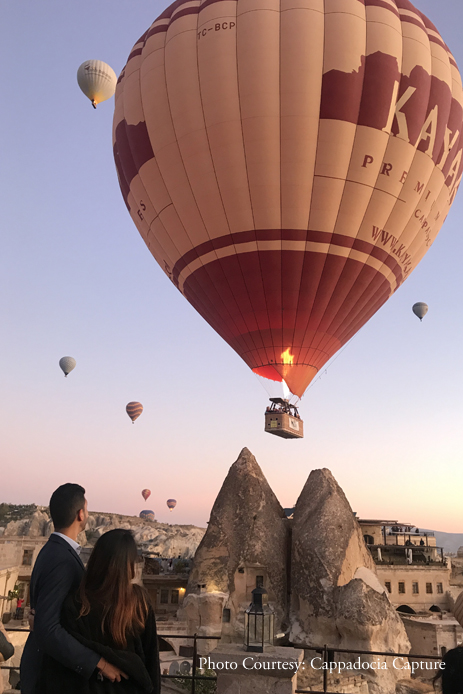 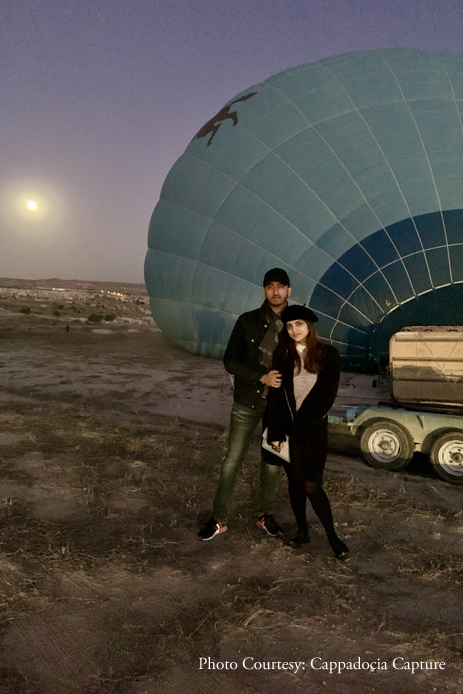 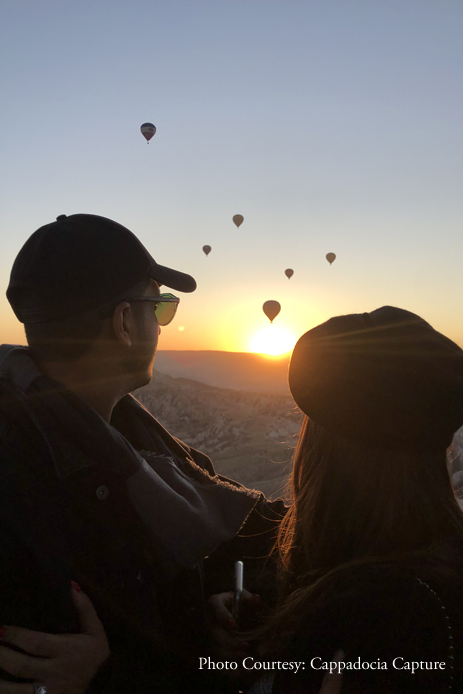 This entry was posted on Friday, November 22nd, 2019 at 11:50:21 am and is filed under Wedding Proposals. You can follow any responses to this entry through the RSS 2.0 feed. Both comments and pings are currently closed.