Get wacky on your pre-wedding shoot with Happy Flashbacks

A pre-wedding photo shoot acts as a beautiful prelude to your impending wedding festivities. You’ll want romantic outdoor shots and soft focus captures but we suggest you up it a notch and bring a bright splash of quirk, distinction and personality to your pictures! Let Wedding Filmers Noopur and Anish of Happy Flashbacks inspire you with favorites from some of their ‘wackiest’ pre-wedding captures. Their style of weaving story in pre weddings is unique, real and super fun.

1. Get Wild and Wacky
Take your candid pre-wedding shoot into the wild at the National Rail Museum in Delhi, the perfect location for an unexpected, offbeat backdrop that is both rustic and picturesque. Noopur and Anish of Happy Flashbacks had Abhimanyu dress as a soldier while Sidisha looked pretty in pink, a nod to their different, yet complementary natures. Anish says, “We wanted a vintage vibe and thought their contrasting personalities would be perfectly represented against the rustic backdrop of the Rail Museum!”

2. The Bride and Groom are BFFs
Tushi and Vaibhav share a long friendship and their unique camaraderie was what Noopur and Anish wanted to capture. Noopur explains, “We wanted to capture the simple moments of their relationship, like a ‘slice of life’ theme.” And so, the shoot features the couple in their pyjamas, trapped (happily!) in a box. In another picture, there is a calm evident between them, amidst the humdrum bustle of city life. Anish thinks it works perfectly, “I think we captured their true personalities, their easy rapport and friendship. It worked best for the shoot.” 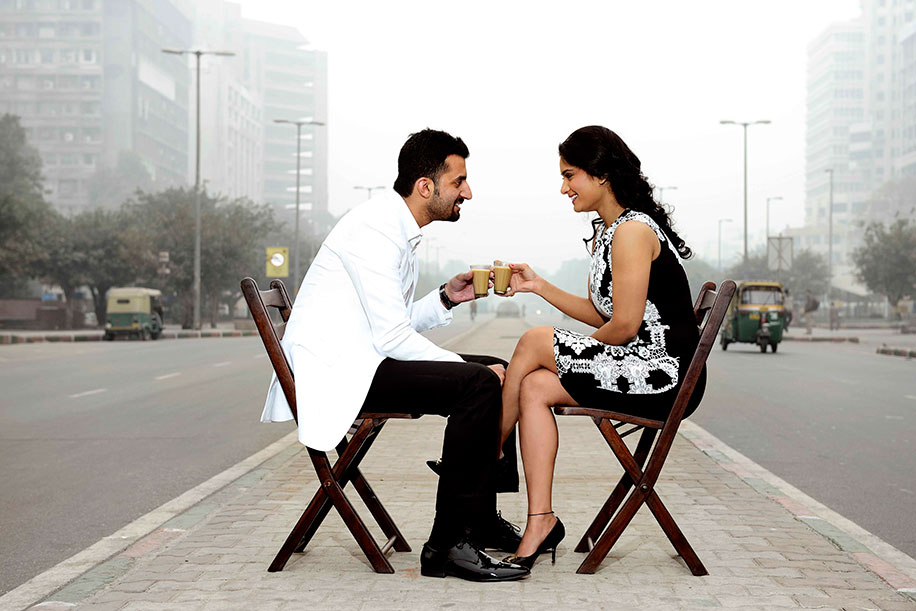 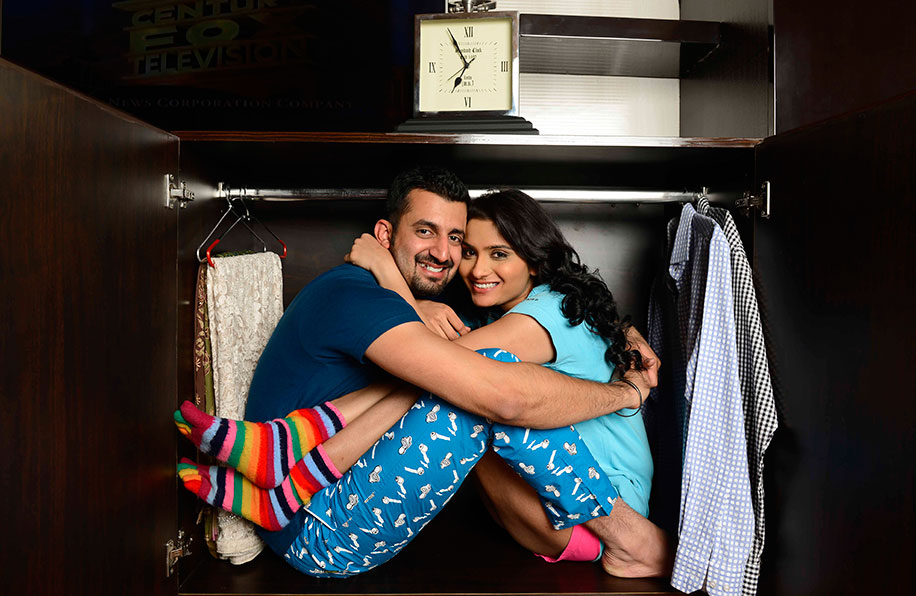 3. Opposites attract!
The first thing Diksha noticed about Vaibhav’s marriage profile was that he worked for Burger King! Ironically, Vaibhav is a fitness freak and Diksha is an enthusiastic foodie! The photographers decided this cute contrast was too delicious to miss so they projected exactly that in this fun pre-wedding shoot. Anish says, “The unique twist is Diksha is enjoying a massive burger while Vaibhav is happily planking. The visual contrast is not just a really fun capture but also a great memory.”

4. Love me tender, love me true.
Bhavya and Shrey wanted the romance in their pictures without the clichés. Shrey is quite camera shy so Story tellers Noopur and Anish worked around his personality skillfully. “The only brief Bhavya gave us was she wanted to cast Shrey in a romantic light.” And so the photographers drafted a theme and shot photographs of Shrey painting Bhavya’s nails, an intimate, romantic representation of the most tender of moments. “It didn’t just look adorable,” Noopur smiles, “it was also quite fun!” 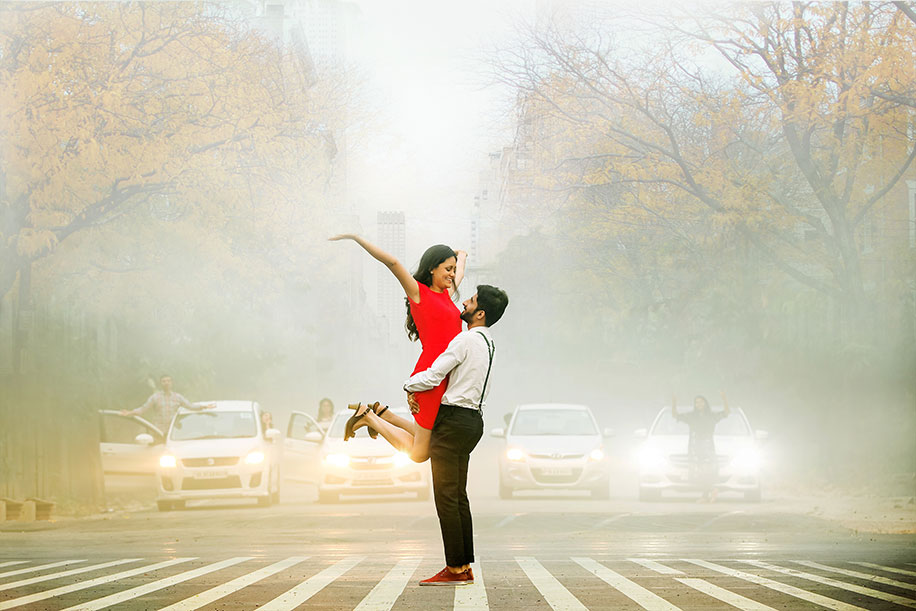 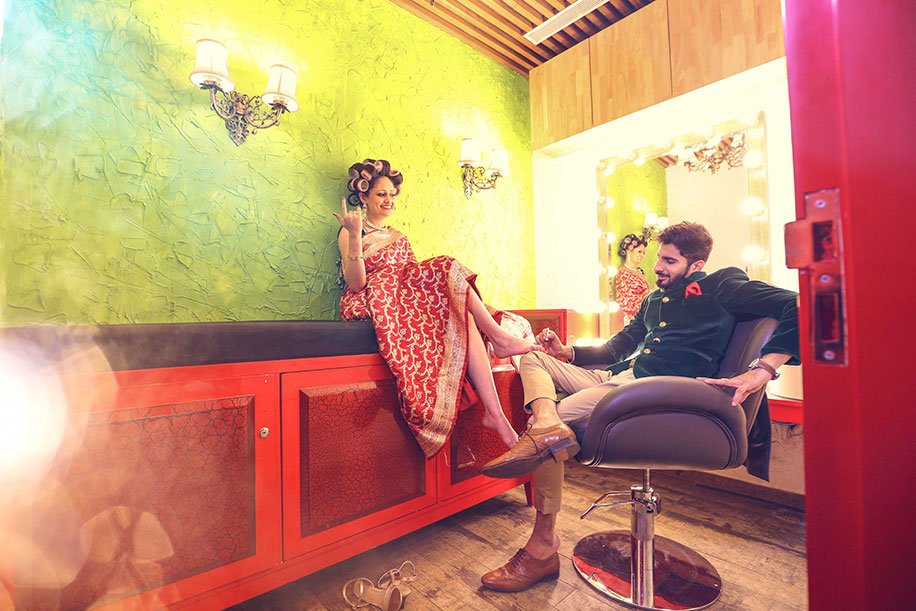 5. Movie love!
There’s no better way to add some pizazz to your pre-wedding photoshoot than with a luscious dash of Bollywood! Pawan and Meghna picked an inspiration board from Anil Kapoor and Sridevi’s look in the film ‘Mr India’ to portray their own quirky romance. In another shot that is both witty and pretty, “Pawan reads “A Guide To Becoming a Perfect Husband” while Meghna relaxes with a book on cricket”, Anish says. 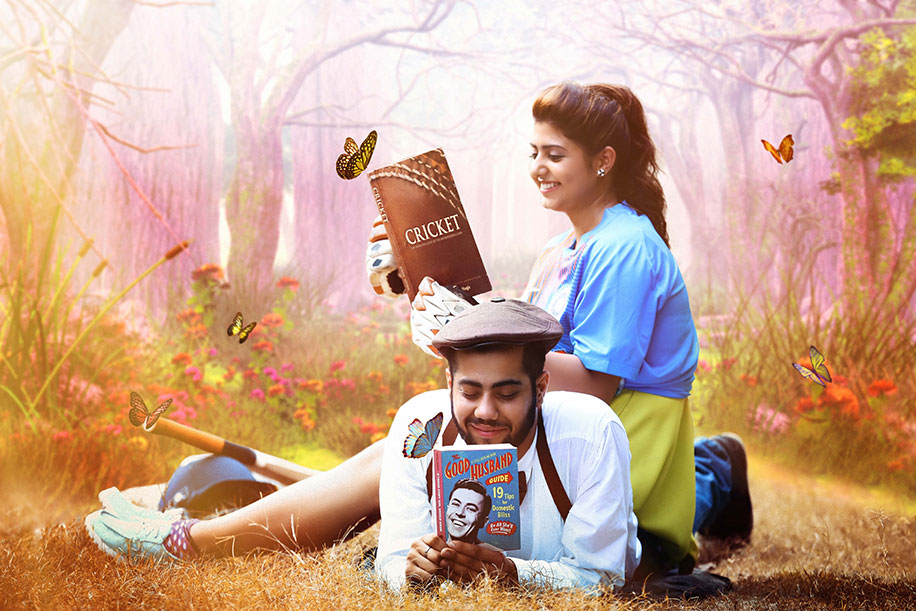 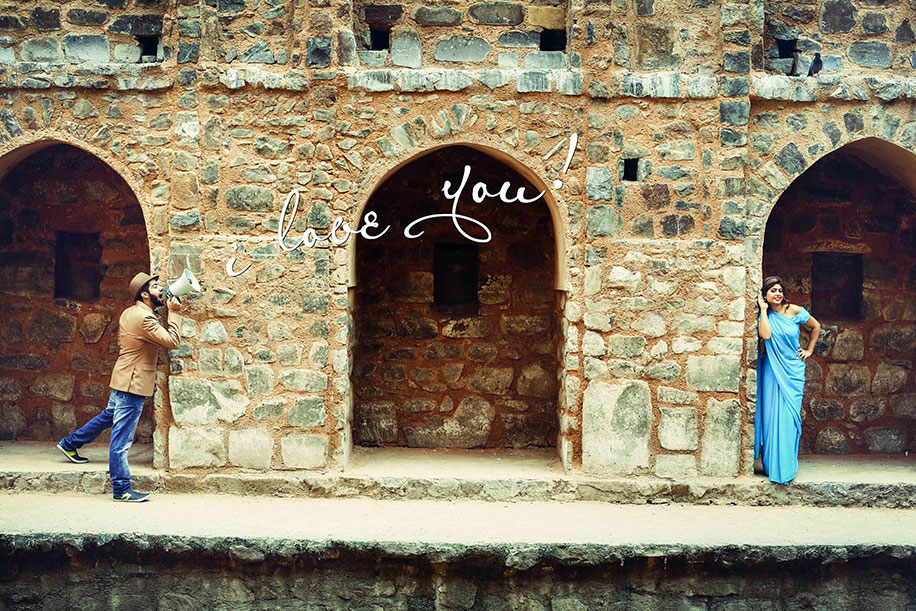 Find the perfect wedding photographer for you from our curated list: WeddingSutra Favorites and Photographers Showcase

This entry was posted on Friday, March 31st, 2017 at 5:23:59 pm and is filed under Pre Wedding Photoshoots, Wedding Photography & Films. You can follow any responses to this entry through the RSS 2.0 feed. Both comments and pings are currently closed.