Glitz and Wow Weddings this Season

Its the time of the year when you hear about weddings and the grandest weddings. And you’re reading about it here first- news on the most high profile city and destination weddings.

Vardhan- Rawal Wedding in Mumbai
Kunal Vardhan, son of prominent builder and owner of Worli’s Atria Mall Champalal Vardhan is marrying Ritika whose father Neeraj Rawal, is a big name in the liquor distribution business. The ten day celebrations kicked off with a fun youngsters party at Atria Mall and the finale event is a grand reception at Mumbai’s Turf Club on November 24th. In 2010, Kunal’s sister Neelam’s wedding was the talk of the town- dubbed as the most expensive wedding in Mumbai, the highlight was a ‘Bingo Night’ at Grand Hyatt where the first three prize winners won an Audi-4, a BMW-3 Series and a C-class Merc! 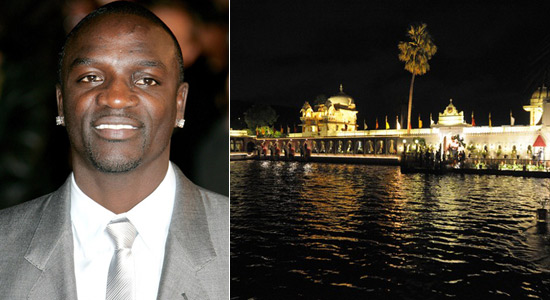 Mumbai’s high profile Banker’s daughter weds in Delhi
Rana Kapoor, the head honcho of YES Bank, one of the most enterprising individuals in the banking domain, is also well known for his passion for the good life. So naturally when his daughter Raakhe got engaged to Dubai businessman Alkesh Tandon, this was a dream assignment for India’s top wedding planners. E-Factor Events won the plum account of managing the Entertainment part of the extravaganza while the decor for the different functions at venues like Taj Palace and a farmhouse are being done by the best names in wedding design & decor- Delhi’s Geeta Samuel and Mumbai’s Dhun Cordo.

Destination Aamby Valley
Five years ago, the Sahara group Chairman took a decision of opening the doors of his prized Aamby Valley for wedding celebrations. Since then the destination has emerged as one of the favorite venues of the richest members of the Marwari community. Ahmedabad based Red Events, are managing four big weddings at Aamby Valley, including the wedding of the scion of Haldirams. The functions with different exotic themes, take place between 8th and 10th December, the decor for which is by R-1 Events, who specialise in exotic wedding decor.

Power Alliance in Pune
Swapnali, the daughter of flamboyant Pune hotelier and construction magnate Avinash Bhosale weds Harvard trained educationist and Youth Congress leader Vishwajeet Kadam on December 8th. Over 20,000 guests are expected at the mega wedding that is being planned by Aditya Motwane of Percept Weddings. Two years ago, Swapnali’s brother Amit’s wedding celebrations at Amanora Park Town in Hadapsar were a glitzy affair, and the swish set in Pune and Mumbai and looking forward to the Bhosale family celebrations again. 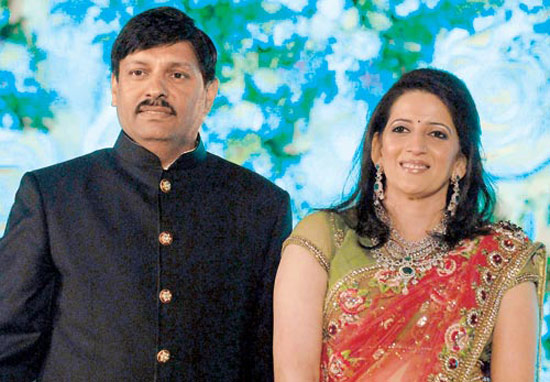 Chennai industrialists daughter weds Media barons son
Nayantara, daughter of Chennai industrialists Nina and Shyam Kothari is marrying Shamit, the son of Shobana Bhartia (Chairperson of The Hindustan Times). The wedding is in January, in Chennai after which the Bhartias host a celebration in Delhi. Last month, the Bhartias hosted a royal theme dinner at Delhi’s Imperial Hotel to formally introduce the to-be-weds to some of their friends. “I have been to the most beautiful celebrations in the world, but nothing compared to the class and understated elegance of this celebration”, a guest told us. We can’t wait to see the wedding photographs; seems highly unlikely though since the Kotharis and Bhartias are very private people.

An Elegant Affair at Taj Mahal Hotel
A week after Nayantara’s wedding in Chennai, is the wedding of Arjun Hitkari, son of prominent socialites & business persons Debbie and Arun Hitkari. Arjun is marrying Gayatri Misra who is the daughter of Ajoy Misra, a hean-honcho with the House of Tatas. So naturally, the venue for the wedding is the Taj Mahal Hotel, Mumbai.

This entry was posted on Thursday, November 22nd, 2012 at 5:33:33 am and is filed under Celebrity News. You can follow any responses to this entry through the RSS 2.0 feed. Both comments and pings are currently closed.