Balloon safaris afford you a bird’s eye view over the rolling plains unlike any in the world and safaris into the heart of the wilderness will bring you to tears with the splendor of the natural world.

It’s no surprise that Hiral and Hansil fell in love with the terrain and all its facets. They decided on the picturesque paradise of Hells Gate National Park, Nairobi as backdrop to the story of their love in an epic pre-wedding shoot captured by Once Upon A Time Wedding Tales that took in all the sublime sights.

Let them tell you how they met and bring you highlights from their amazing shoot. 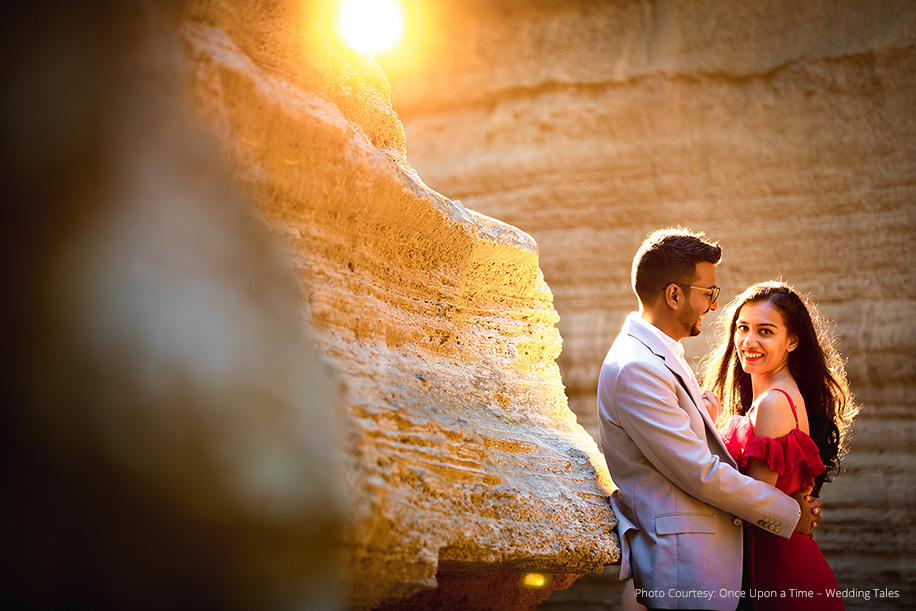 How we met
“I first laid my eyes on Hiral during her grandparents’ 50th wedding anniversary celebration,” Hansil says. “At that very moment I felt she was the one and I got her number from my good friend, Hiral’s cousin.” Hansil and Hiral believed it was the beginning of a magical love story but realized they already had a shared history. He smiles and says, “Our parents have been friends and we had gone on holiday together as toddlers. We found a picture of us making sandcastles!”

From building sandcastles to building a future, Hansil decided to take it one step at a time and started by asking Hiral out to a nightclub in 2006. He says, “Since then we have grown, loved and supported each other. There has been no looking back!” 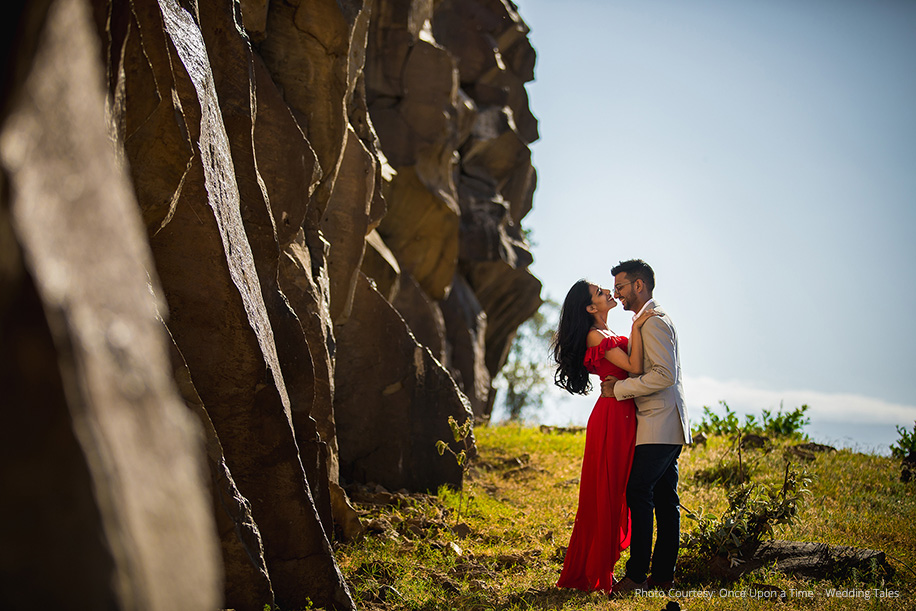 The Proposal
“On the 3rd of June, 2016, 10 years after we officially started dating, Hansil planned and executed the most epic proposals of all time,” Hiral says, “We travelled to Thailand to pursue our dream of becoming PADI certified open water divers. At 18m depth, surrounded by the vast stunning marine life of Koh Tao, he proposed to me on our 5th dive. Lost for words, I was surprised and shocked to the point I don’t even remember anything else about the dive after that. Later in the evening, as the sun set on Shark Bay, he went down on one knee asking me to marry him.”

Pre-Wedding Shoot
“We could barely choose from the palette of beautiful and serene locations across Kenya. However, there is one which is our favorite – spectacular gorges, sheer rusty hued rocky cliffs, and otherworldly greenery. After a few small treks, scouting for the perfect picture locations within the Hells Gate National Park, we decided on a lush green safari and a gorge setting as two points of focus. With the colors of the backdrop in mind, I chose a summery and playful look; a classic red dress and Hansil complementing.

Starting the day at 5 am was not an easy task! But as we drove across the Rift Valley and into the National Park, the enthusiasm that was building up led to us unleashing our inner models. I doubt fashion industry veterans can boast of a real life wilderness experience like being attacked by a baboon who wanted an apple in our hands. Still, Hansil with his African spontaneity, managed to shoo the baboon away but not before it grabbed a tin of goodies from the open boot of the car!

The shoot was so much fun and the energy is palpable in the photos! I think the beer shot is epic but my personal favorite are those shots in front of the rock face.” 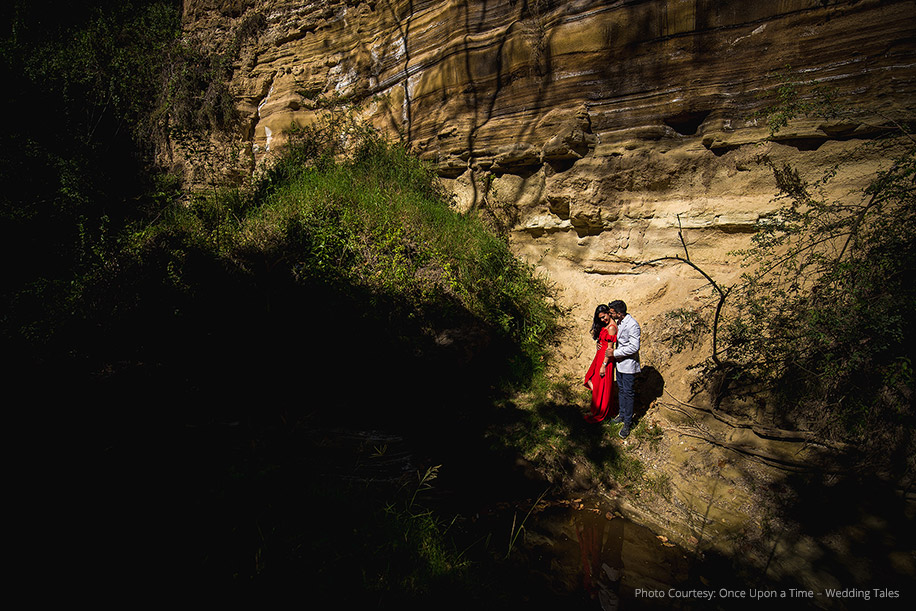 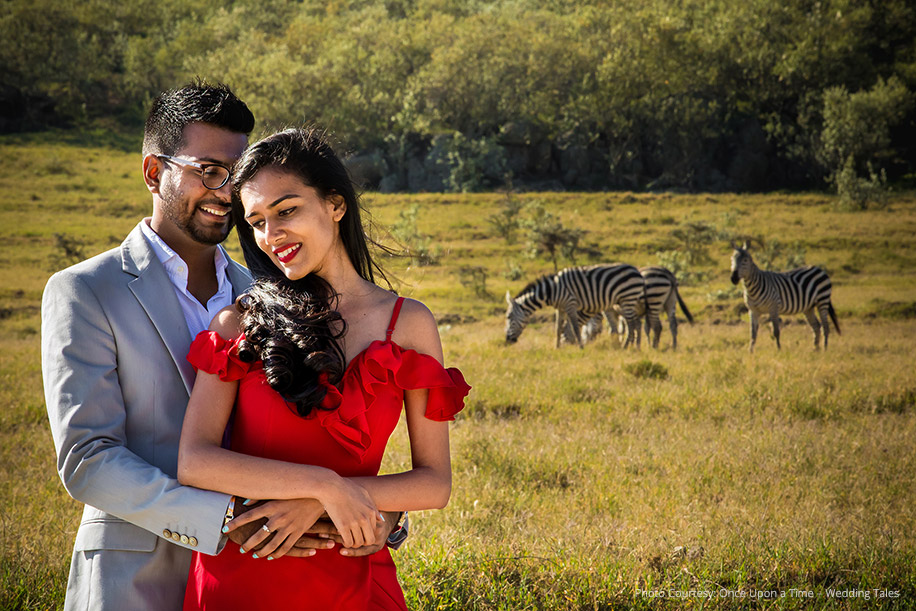 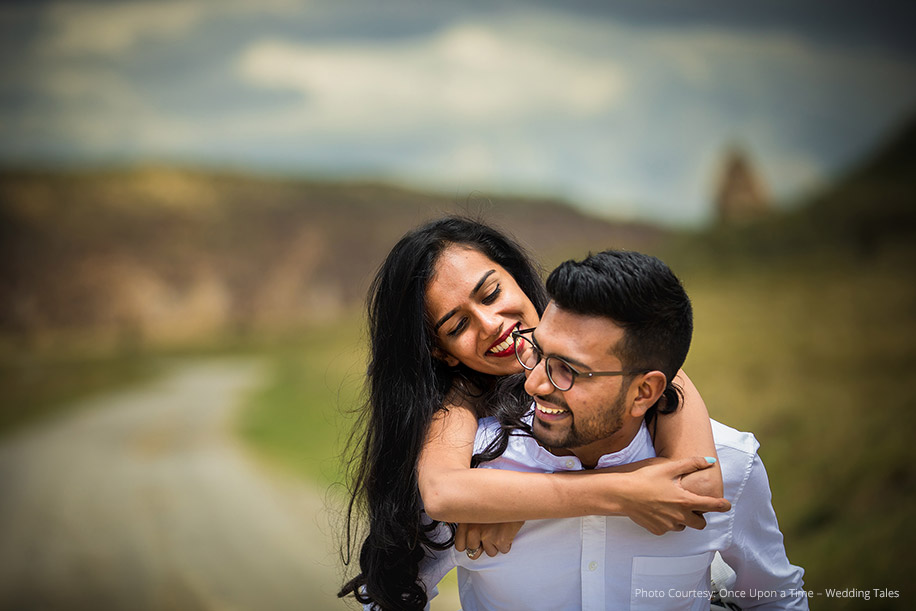 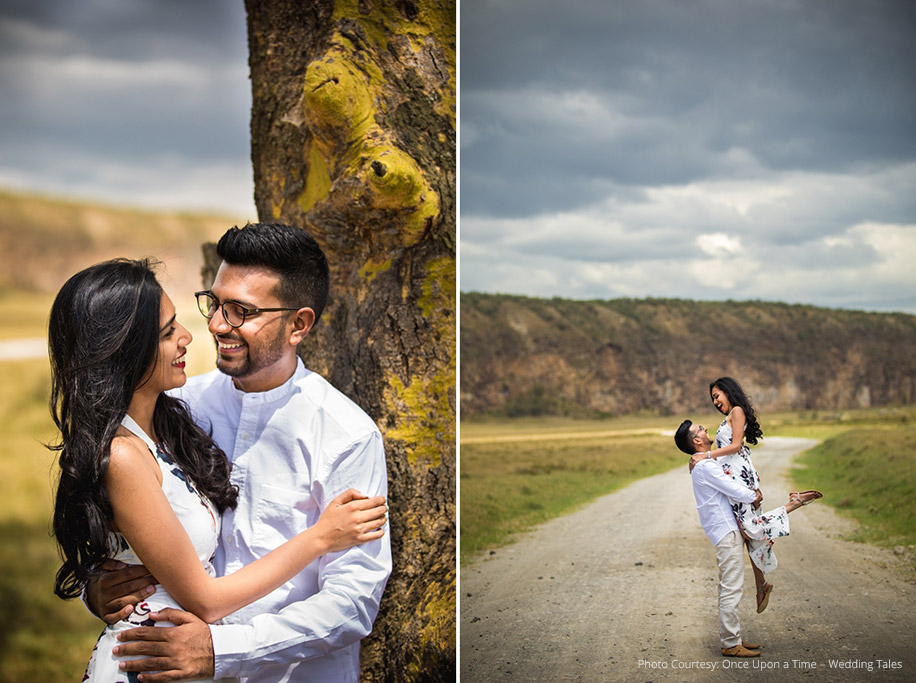 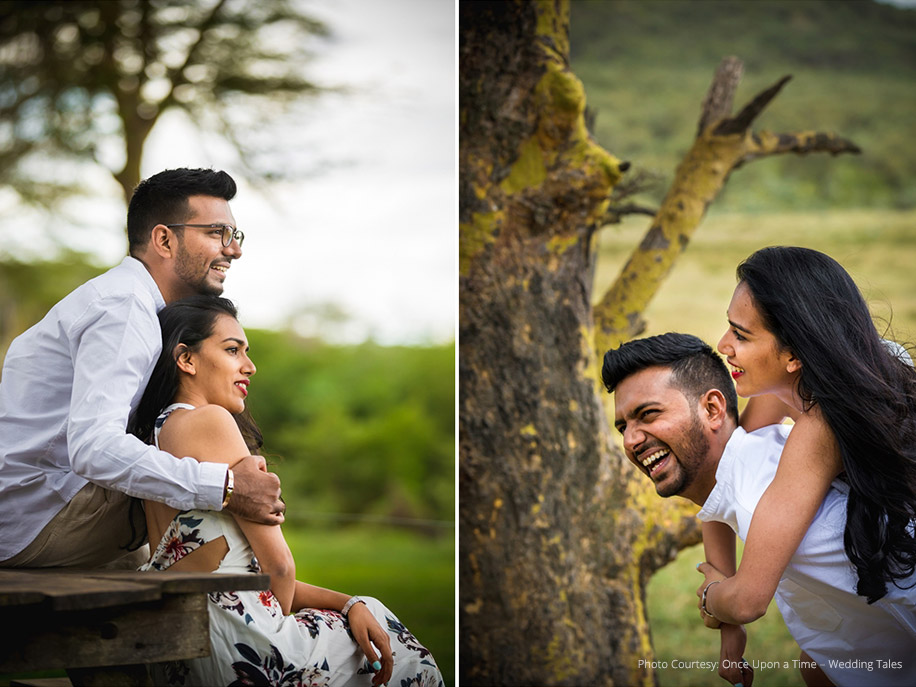 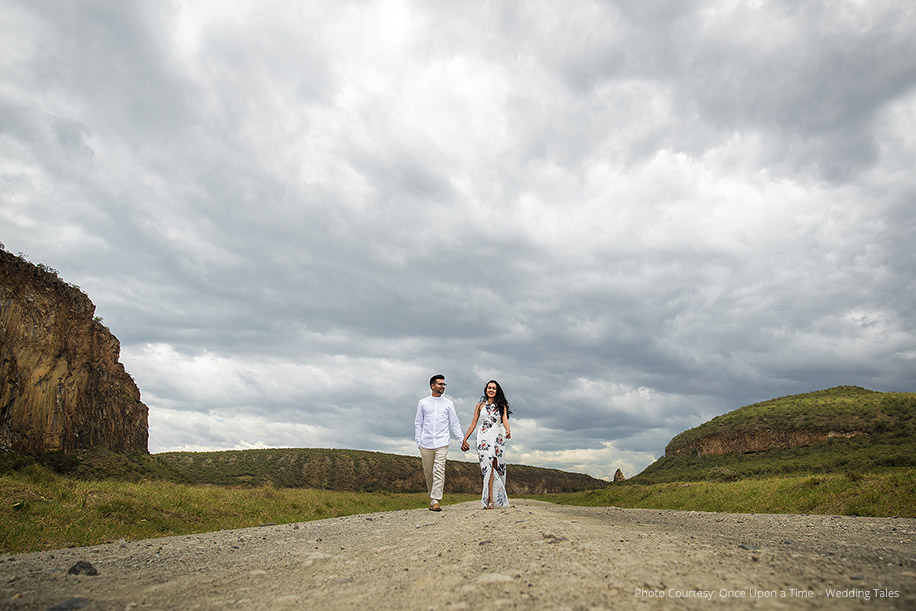 Photographer: Once Upon a Time – Wedding Tales

This entry was posted on Monday, January 8th, 2018 at 4:50:03 pm and is filed under Pre Wedding Photoshoots. You can follow any responses to this entry through the RSS 2.0 feed. Both comments and pings are currently closed.