Karwa Chauth for Millennials – the tradition and exercising your personal choice!

Love it or hate it, its Karva chauth and you just can’t escape it. An annual tradition, which for the longest time was spoken of with great reverence and observed stoically, its days in the sun have gotten increasingly overcast with the third wave of feminism taking the country by storm. 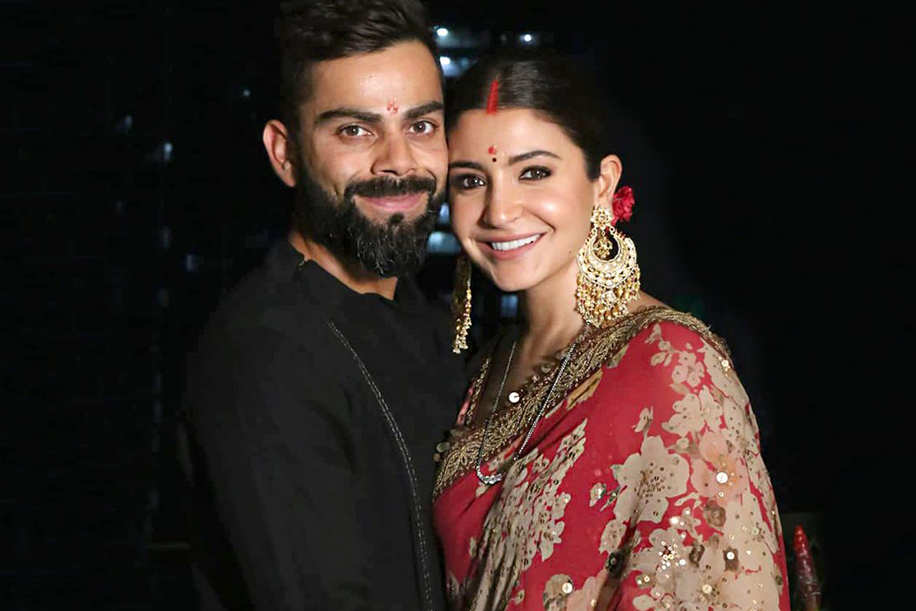 The current crop of millennials, who respect equality just as much as they value traditions, have been shuffling things up in order to ensure that the practices they follow are in accordance with their beliefs. Its conflicting, as many ladies are choosing not to celebrate Karva Chauth, while at the same time there are couples who are making this a shared celebration by fasting together for each other’s long lives. Also, while there is no denying how firmly rooted in custom it is, we’re here to see what this tradition means for the modern Indian woman.

The origin of Karva Chauth is more speculative than certain, but the most popular belief dates back to the times bygone when girls were married off young. Since they were expected to move in with their in-laws and husbands at a tender age, it left them with little room for finding their own friends with whom they could share a strong emotional bond. Karva Chauth, however, with its ritual that requires womenfolk to gather and pray, perform rituals and exchange karvas (pots), gave them an opportunity to develop connections with other ladies of around their age who would eventually become their pillars of support.

Another lore suggests that it was a festival celebrated by wives of the men in the army as a means to wish for their safety since they were often deployed at faraway places for battle.

Regardless of the actual reason behind this festival coming into being, neither of them was meant to propagate the ideology of male worship. While the former was about laying a foundation of strong feminine friendship, the latter only ritualized the offering of prayers for one’s partner’s wellbeing. But if it was so, how did this festival take on its male chauvinistic avatar? The answer lies somewhere in the good ol’ trick of manipulating meanings to suit the patriarchal agendas of the society, by the society. These old misconstrued customs and beliefs were slowly infused into the system and allowed to brew over the years eventually changing its entire purpose.

In due course, Karva Chauth changed from being a festival for a husband’s well being to his worship, and from being a fast that a wife observed out of the desire to do something, to one where she was obliged to perform as a duty or ‘patni dharm’. It somehow became the woman’s burden to ward off her partner’s untimely death – by the means of superstition, of course.

For the uninitiated, as the legend goes, Veervati, decided to celebrate her first Karva Chauth at her parent’s house. She began the fast at sunrise but as the day went by, it became increasingly difficult for her to bear her hunger. Pained by their sister’s suffering, her brothers tricked her into believing a mirror for the moon. As she broke her fast and ate the food she received the news of her husband’s death. An anguished Veervati prayed for a miracle and received a second chance from goddess Parvati. She observed the fast for one more day and by doing so she was able to bring her husband back to life.

Unfortunately for us, science today suggests that death is irreversible and there are no proven ways for wives of lengthening their husband’s life apart from bringing medicine to those who are ailing. On the bright side though, in-depth studies have found a bunch of health benefits for intermittent fasting, so wives sticking to this tradition do actually have something to gain. This however, in no way legitimizes imposing traditions on those who don’t wish to comply or promoting gender privilege.

Even if one somehow does manage to make peace with the claims of longevity that observing Karva Chauth offers, it remains unsettling how blatantly it dishes out inequality between the sexes. After all, if going without food and water on this day does increase your partner’s lifespan, husbands must be expected to do this too. Although some will argue, that many men today observe this fast along with their wives, the fact remains that this isn’t what religion, society or even the entertainment industry expects from them. Screens both big and small are guilty of romanticizing this inequality so much so that the heroine fainting due to fatigue caused by her fast and the hero getting worked up seeing the condition of his beloved has almost become a cliché!

So are we trying to say that everyone should detach themselves from Karva Chauth?
– Certainly not.

Does that mean that they should put their husbands on a pedestal only because they are men?
– Not in the least.

Is it wrong to design a day-long ritual to pray for your partner’s well being?
– Hardly!

Everything said, we firmly believe that the decision to fast should lie with women – it is the judgment against those who don’t wish to participate that needs to be dropped. Allowing them freedom to make individual choices instead of making a judgment about either alternative is the only feminist way of emancipating this tradition from the clutches of patriarchy, thus returning the power back to the ladies.

This entry was posted on Wednesday, October 28th, 2020 at 2:42:40 pm and is filed under Wedding Planning. You can follow any responses to this entry through the RSS 2.0 feed. Both comments and pings are currently closed.