Katrina Kaif and Salman Khan are at a colourful and flamboyant shaadi in Jaipur! Rajasthan’s heavy-weight politician Bina Kak’s singer daughter Amrita is tying the knot with Delhi business baron Riju Jhunjhunwala. While it is confirmed that both Katrina and Salman are there, the rumour doing the rounds is that the super stars are attending different functions and are not making an appearance together.

Bride Amrita, a playback singer schooled at Ajmer’s Mayo College and studied at Mumbai’s St Xaviers College. She and her politician mother Bina Kak, now a Minister in the Rajasthan Government made their Bollywood debut in the same film in 2005—David Dhawan’s Maine Pyar Kyun Kiya. Bina played the role of Salman’s bossy mother, and Amrita sang ‘Just Chill’. During the shoot, Bina became close to Katrina and Salman and since then, in the typical bollywood glam meets political power equation, Salman has been regularly sighted with the Kaks. Last year when Ankur, Bina Kak’s son tied the knot with his long-time girlfriend Milan Rai, Salman added glam to the wedding celebrations. He danced and led the baraat which consisted of the who’s who from the world of Bollywood and Politics.

Wedding celebrations of Milan Rai and Ankur in Diggi Palace, Jaipur in December 2009 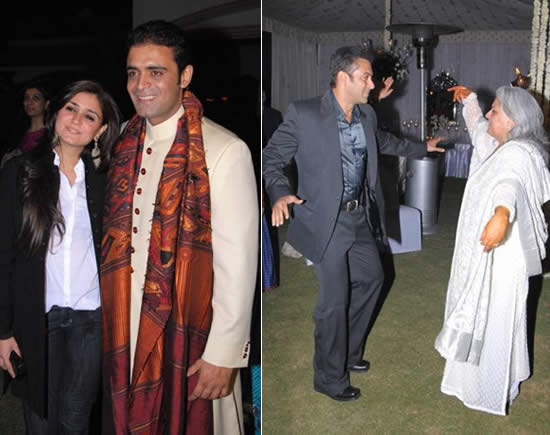 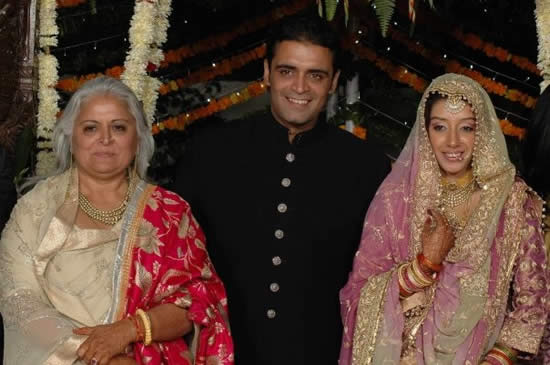 Bina Kak with her son and daughter-in-law 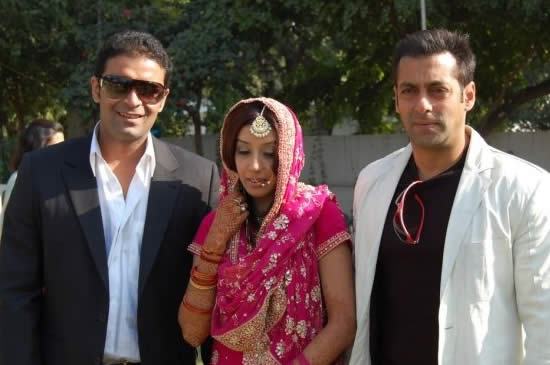 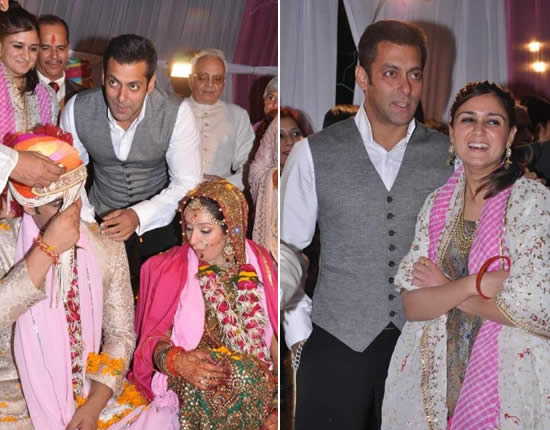 Salman Khan and Amrita Kak with Milan and Ankur

This entry was posted on Saturday, May 29th, 2010 at 10:50:09 am and is filed under Celebrity News. You can follow any responses to this entry through the RSS 2.0 feed. Both comments and pings are currently closed.