Shweta Vijay, former Femina Miss India Earth 2003 who has acted in Malayalam, Tamil and Telugu films wed UK based Dental Surgeon Giri Krishnan earlier this month. The couple met through a matrimonial portal. Says Shweta: “My mother found Giri online, but later of course I communicated with him over email and after many months of talking and some meetings and visits to the UK, we knew it was time to take the plunge.” 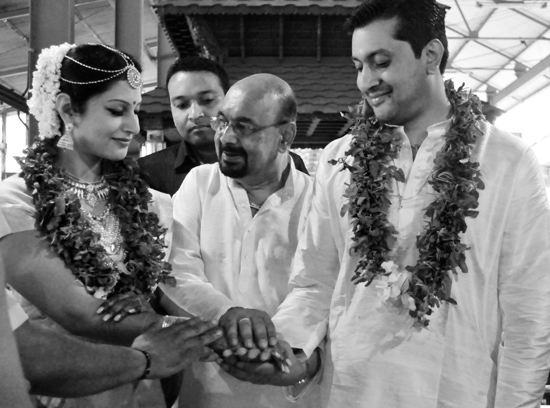 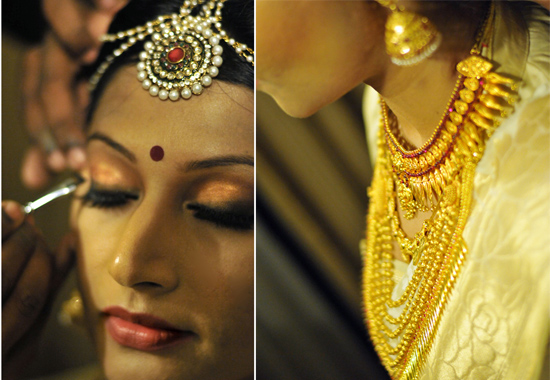 The pre-wedding celebrations were held in Kochi, Kerala. The functions included the Haldi, Mehndi and Cocktail held at Travancore Court (the Hotel owned by South Indian Superstar Mohanlal). 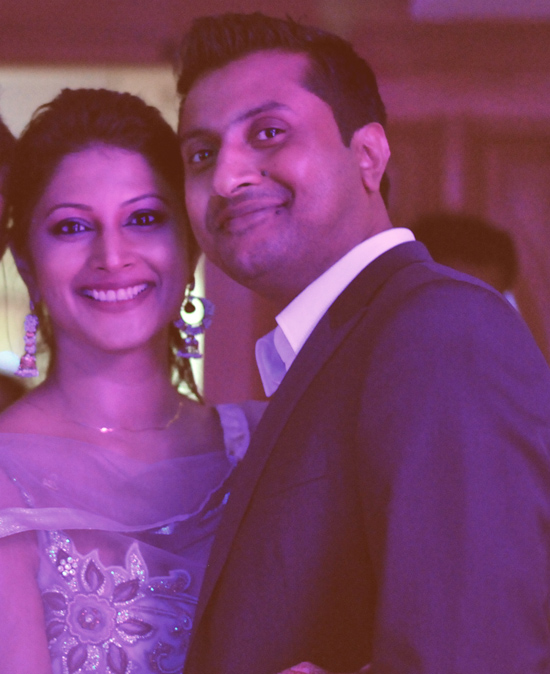 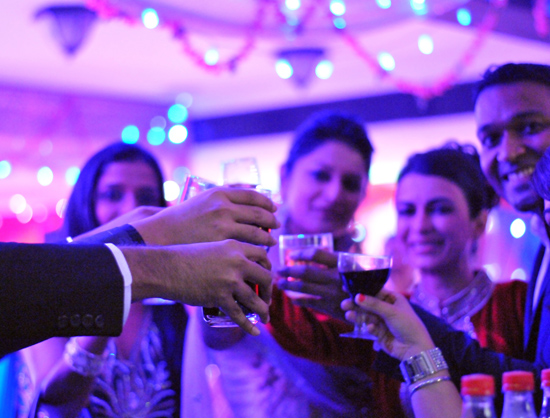 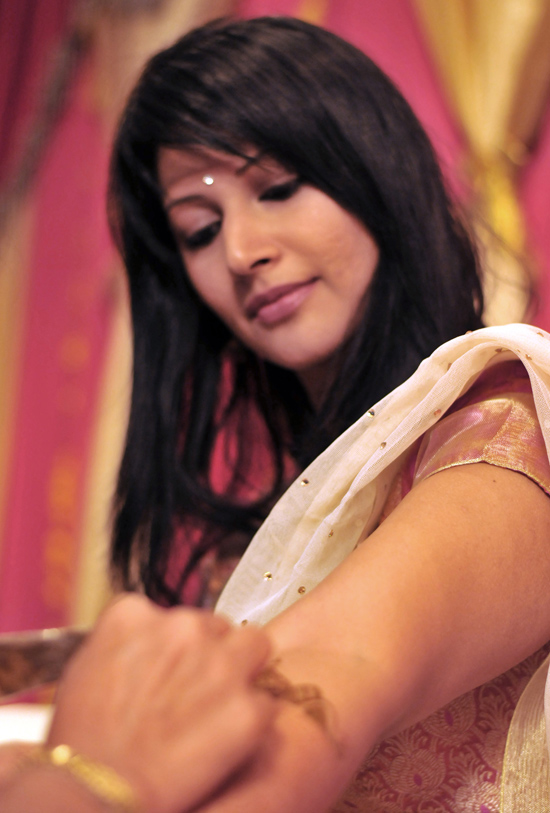 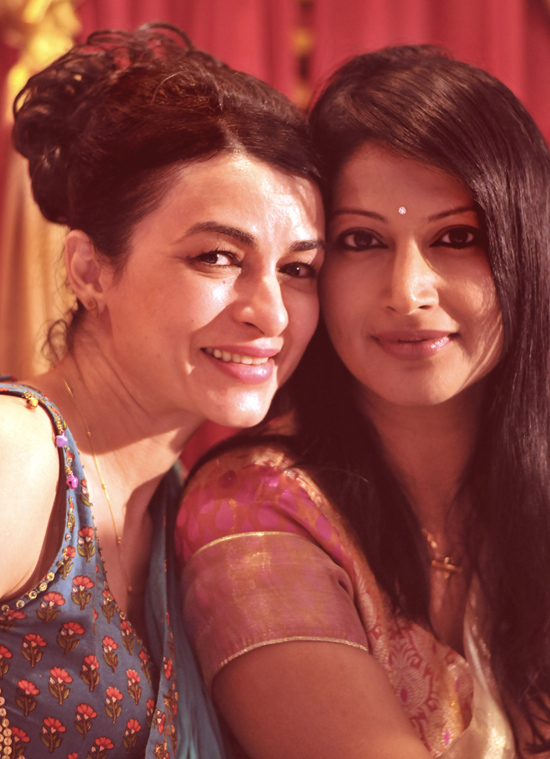 The Temple Wedding was in Guruvayur near Trissur and on the same evening they had a North Indian style wedding in Kochi. 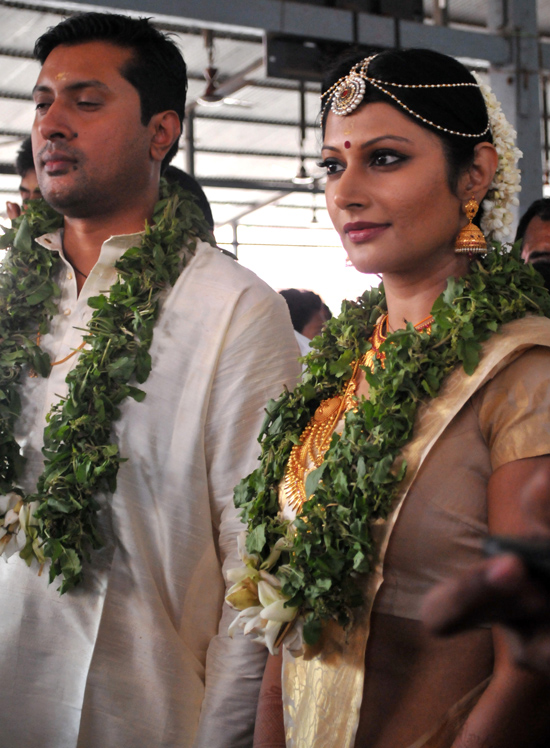 Says Shweta: “We were clear we wanted a traditional Kerala wedding in a Temple, but it felt even nicer if we could have the elements of a North Indian wedding too, especially since we believe in the ‘saath phera’ ritual and we’re glad we took that little effort for our big day”. 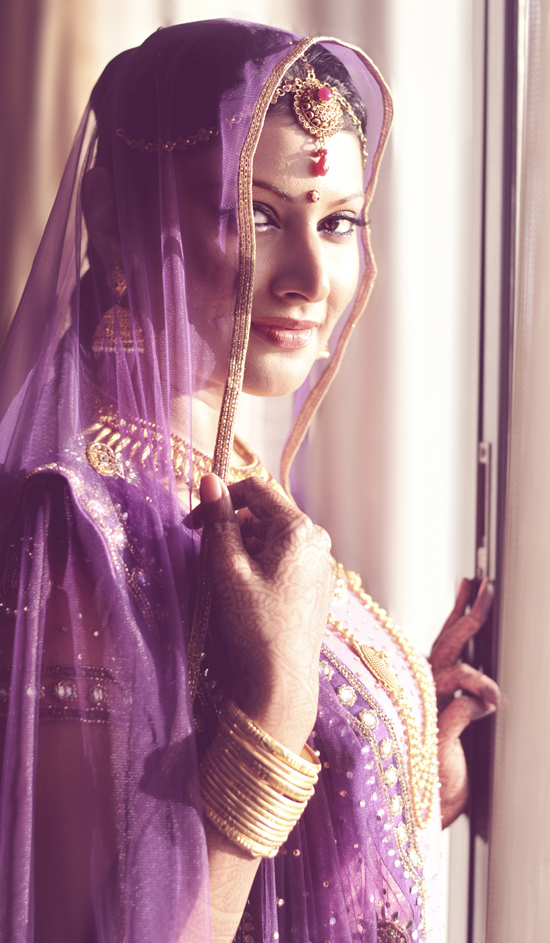 This entry was posted on Saturday, September 28th, 2013 at 12:26:41 pm and is filed under Celebrity News. You can follow any responses to this entry through the RSS 2.0 feed. Both comments and pings are currently closed.