Our initiative ‘Love Actually’ is a photo series featuring engaged couples who actively seek ideas and inspiration from WeddingSutra. The series celebrates the beautiful people in love as they start their lives together. Because real love can only begin, never end. Over coffee, a makeover and a photo shoot we get to-be-weds to tell us how they met, show us their platinum love bands and talk about their day of love. 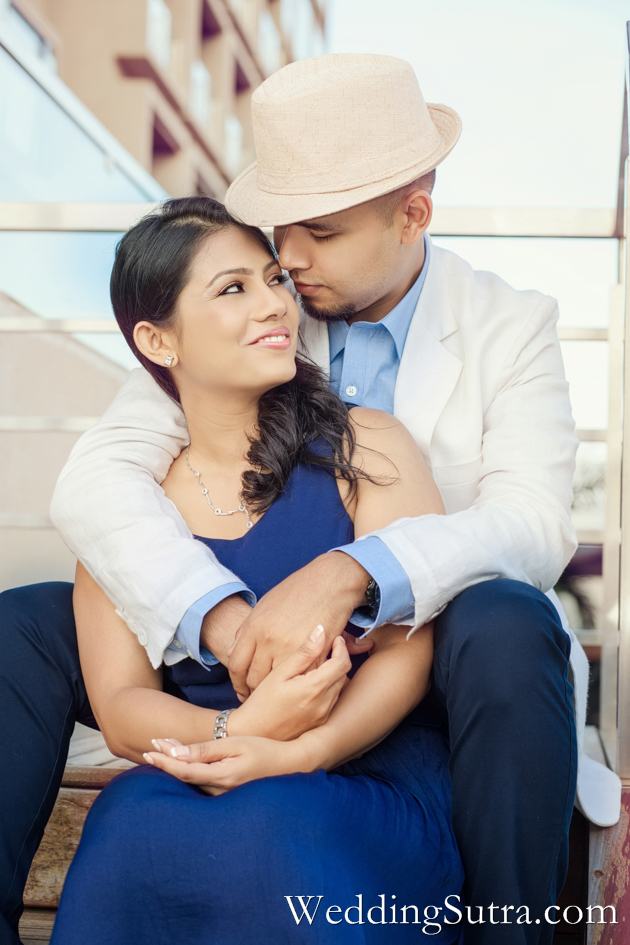 The first time Ashika and Arijeet met was when they took the same elevator to a meeting. Says Ashika, “During the meeting, I found him rather annoying, he was surprisingly over-enthusiastic for a Monday morning, and he thought I was arrogant. I did not like him over the next few months either, and he claims to have felt the same! We got to know each other much better a year after we first met. We started hanging out and soon realized that we were cut of the same cloth and share a lot of common interests like travelling and music. It wasn’t until two years later that he took me to an elegant dinner when cupid struck, after he saw me bartending and doing a rather fabulous job. That was the first time I experienced the Das Diengdoh ‘charm’.” 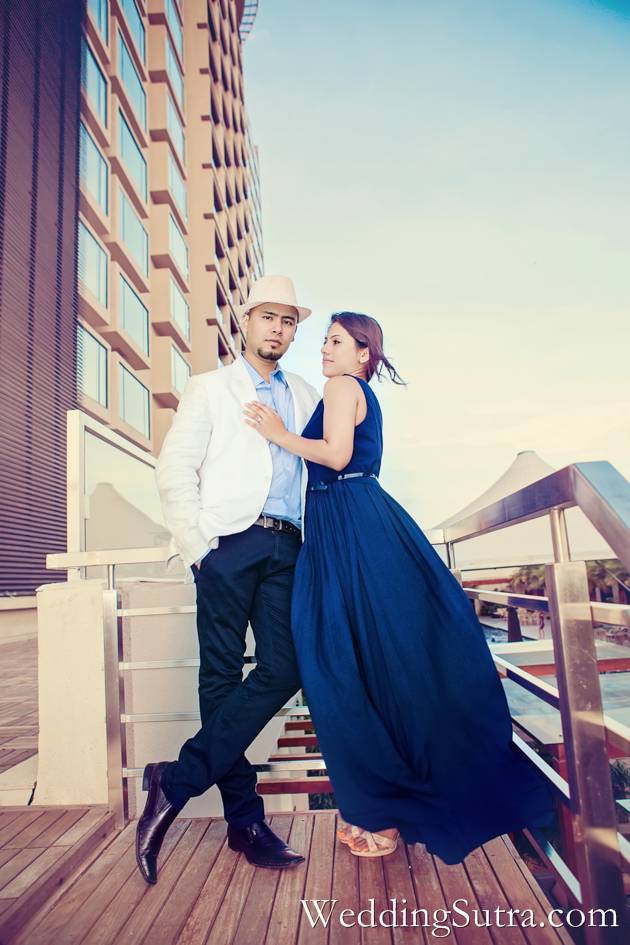 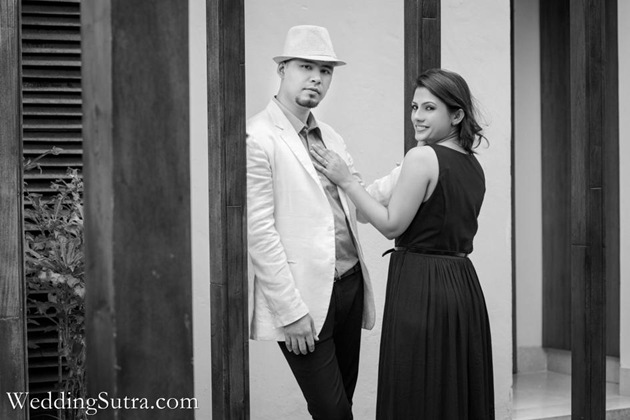 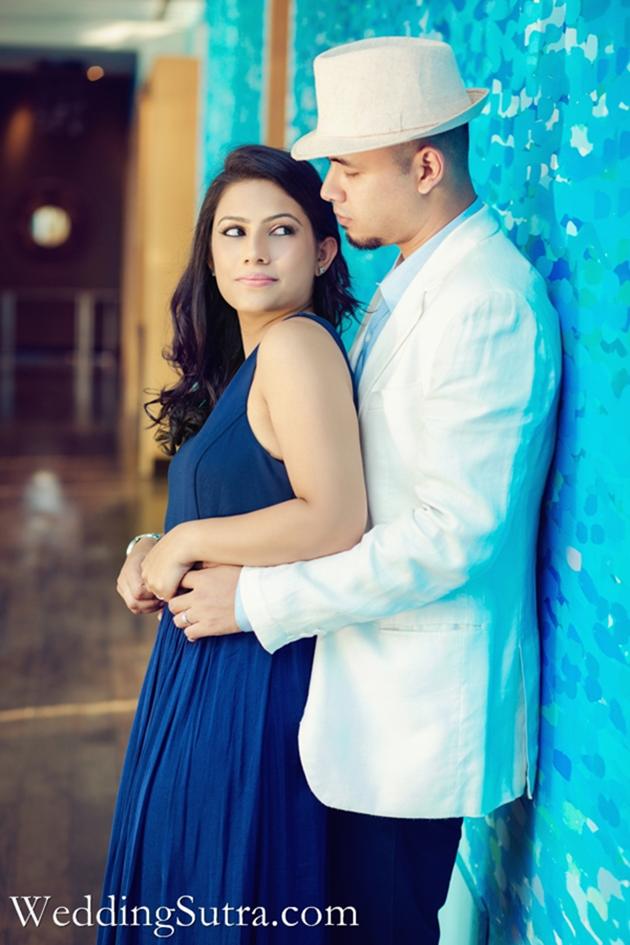 And soon, they started spending more time getting to know each other. Says Arijeet: “Starting off as friends worked well for us as we got to know the good and not-always-good sides of each other. At a certain point in our lives, we understood that it more important to be with someone who supports and loves the other and who is not  ‘perfect’ always. We’ve seen and been with each other through worst times, but all this possibly made our love stronger. Some people say love is blind, but I’d say it opened our eyes, if anything. Three years, one bad accident, two jobs and umpteen arguments later, we decided to tie the knot.” 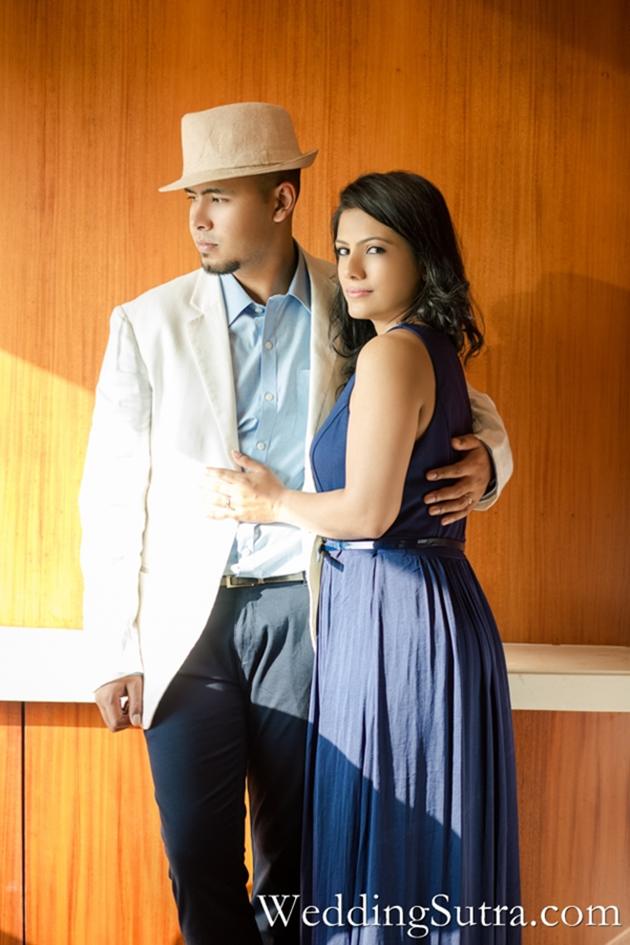 Ashika and Arijeet tell us they never felt the need for a formal proposal to seal the relationship. Says Ashika, “It was a little different in our case. Neither of us remembers the day or date we decided to make it official, it just happened. It might have been over a cup of coffee or while watching a movie that he asked me if I’d like to spend the rest of my life with him. And my answer probably was ‘don’t ask stupid questions’.” She laughs and adds: “I don’t miss a chance though to bring up the fact that he didn’t go down on a knee. And when I tell him that, he usually pretends he can’t hear!” The Bangalore based couple are getting married on 18 April, 2015 in her home town Mangalore. Says Ashika,”I wanted to get married in the same Church where my parents got married. My sister got married in the same Church. And I hope the wedding is conducted by the same priest who conducted my parents’ marriage. Arijeet’s family in Shillong are very excited to be attending a wedding in Mangalore. We don’t want something too big- an intimate affair which our families and friends can enjoy. Now all that is left is convincing our parents to keep it small!” About wedding planning and preparations Ashika says it seems to be a continuous exercise– the more you read or learn, the more you want to know. “I’ve been thinking of my ‘dream wedding’ for years, but now that it’s almost here, I realise there is still so much to plan. Luckily there is WeddingSutra, the one-stop information resource and every to-be-bride’s bible. I’ve started my pre-bridal beauty routine at Lakme Salon. For jewellery, we’ve visited Joy Alukkas, Abaran, Tanishq and Orra. For the outfits, Arijeet has picked some wear from Anita Dongre, Van Heusen and Louis Philippe. But we’re nowhere close to completing even half the to-do’s! I haven’t gotten to shopping for myself yet, but have prepared a list of must-visit boutiques and stores. The biggest challenge now is converting the wedding gown of my dreams into reality!” 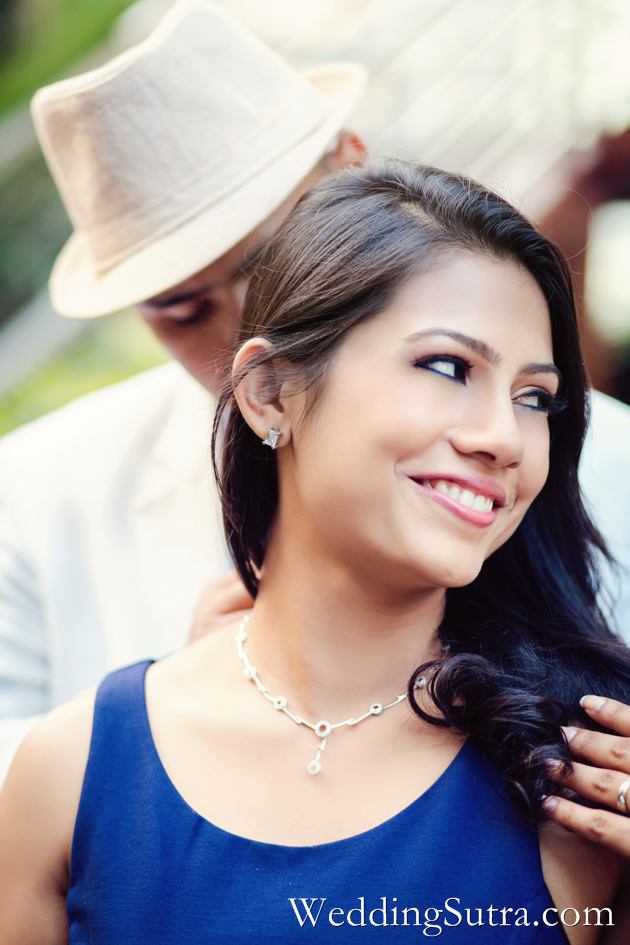 Talking about their ‘Love Actually’ photo shoot with WeddingSutra at JW Marriott, Bengaluru, Ashika says, “I sent WeddingSutra an email with our ‘how we met’ story and I was obviously thrilled to be selected for Love Actually. Shooting at JW Marriot was a treat. We had Manjeet who came in for makeup and I really liked her work. Getting photographed by the very talented Lucky Malhotra was an amazing experience too. And the special treat was wearing platinum love bands and jewellery. To me, platinum conveys timeless love. Exactly how we want our relationship to be.” If you’re getting married in 2014 or 2015 and would like to be a part of ‘Love Actually’ write to us (editor@weddingsutra.com) with the link to your FB profiles, wedding date and ‘how you met’ story. Selected couples will be invited for the shoots in Mumbai, Delhi, Bangalore and Chennai.

This entry was posted on Monday, October 20th, 2014 at 5:02:01 am and is filed under Love Actually, Precious Platinum. You can follow any responses to this entry through the RSS 2.0 feed. Both comments and pings are currently closed.