There was something about Pakshal that made Dhwani ask her friends about him when she saw him at a party in South Mumbai. But her friends were too busy having fun so Dhwani asked him out. “I thought he was quite cute,” Dhwani grins, “So I started flirting with him first.” 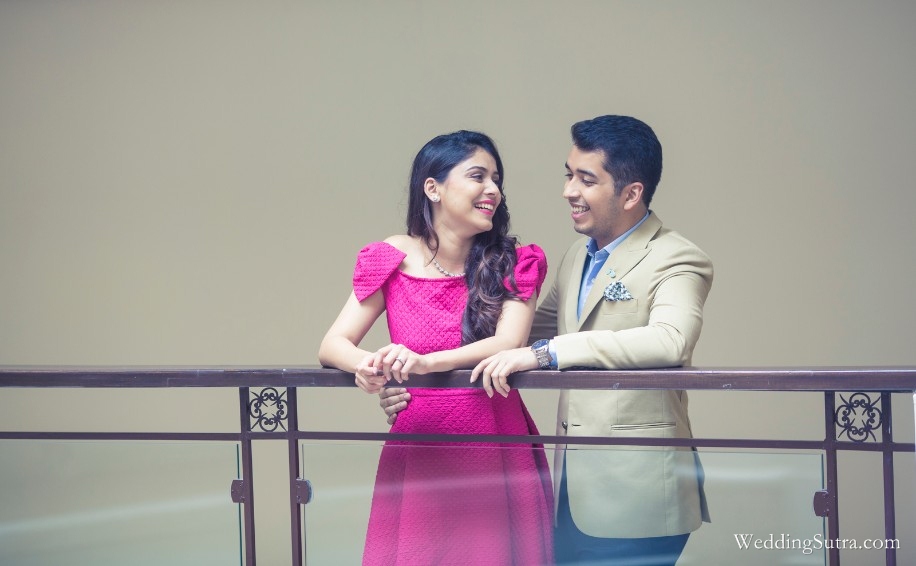 The gentle flirting led to casual coffee dates and movie nights until one day they realized this was much more than a mere friendship. Still, despite acknowledging the love and affection was mutual, introducing each other to their respective parents, they never officially labeled their relationship. It was only after two years of courtship that Pakshal decided to surprise Dhwani. And he did it in style. “He asked me to marry him in front of our entire family!” Dhwani visibly sparkles at the memory, “There were gifts and candles around and he went down on one knee. I’ll never forget that moment. It is the most beautiful thing he has done for me.” 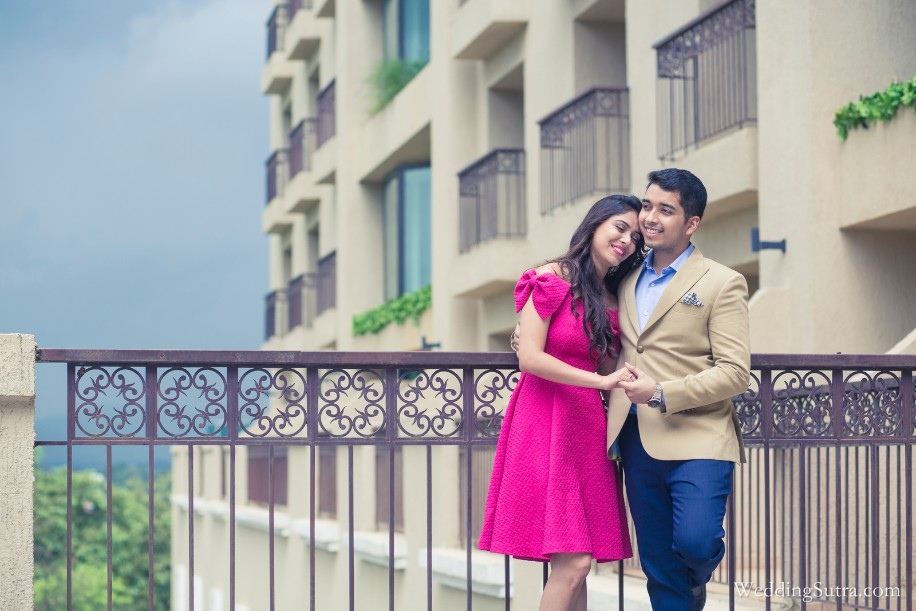 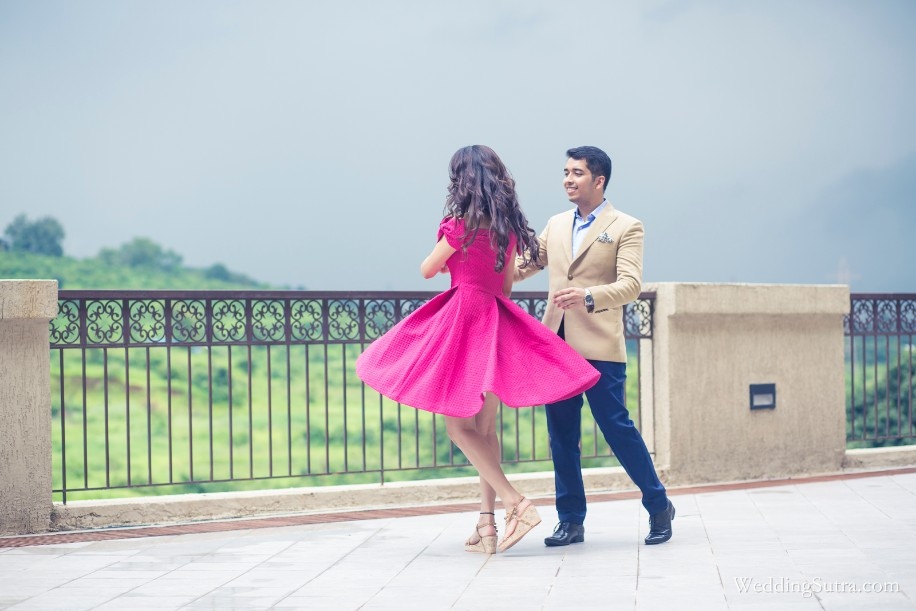 The two were engaged in a private ceremony on the 22nd of May, 2014. As Pakshal got involved in the family business, it gave Dhwani some time to do some wedding research which is when she came across WeddingSutra, “I already knew about the website, but a friend got me hooked. Then I mailed and was thrilled to be chosen for a shoot!” 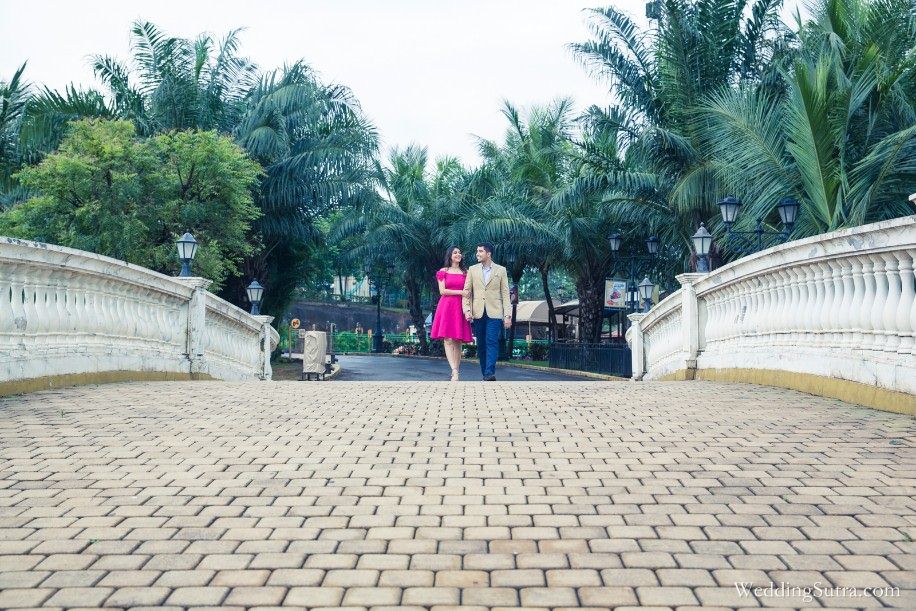 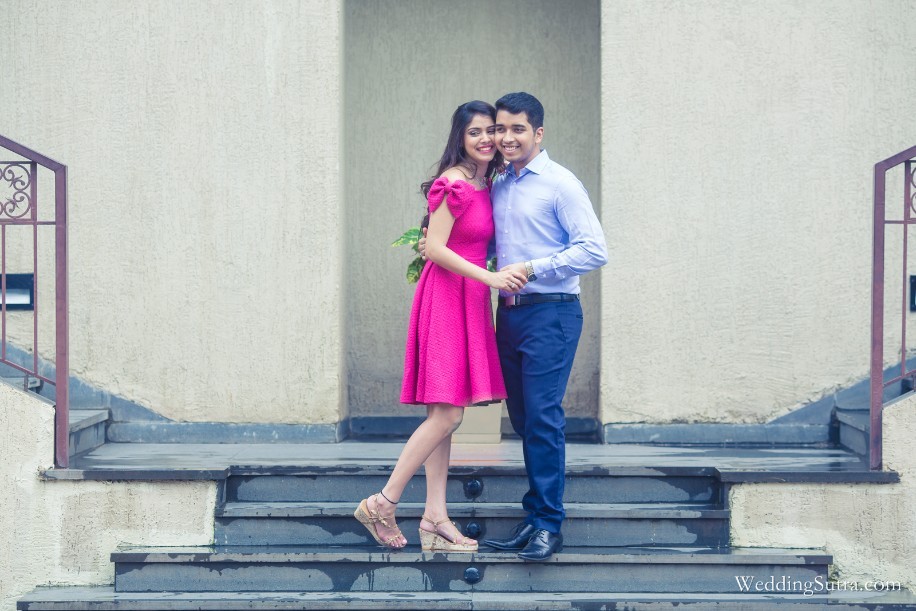 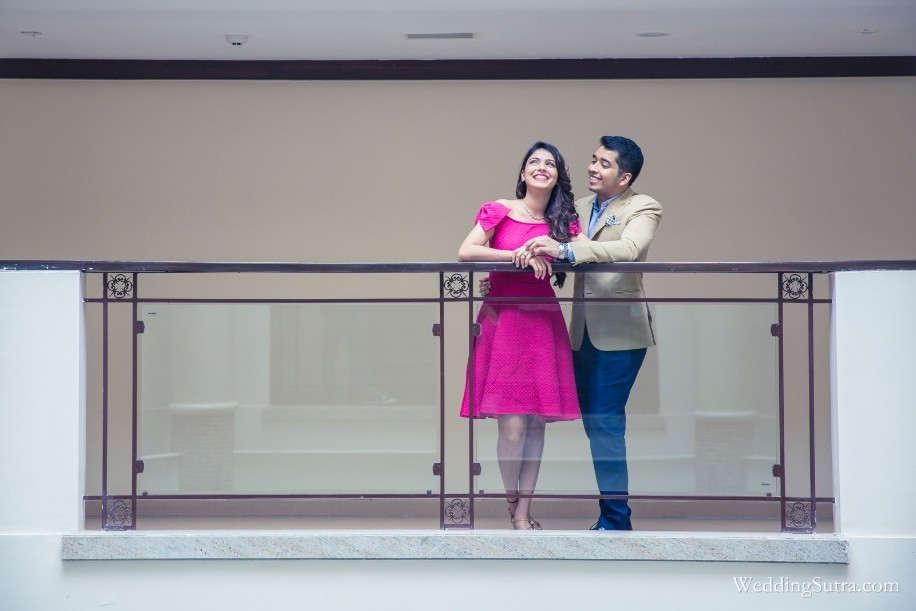 Dhwani and Pakshal had their pre-wedding shoot at Adlabs Imagica. Spread over 300 acres, the park was the perfect setting for this adventure loving couple. Whether they giggled on the toy train or rode the horses on the merry-go-round, they looked so in love. And then, just as they thought the shoot was over, the couple were treated to a fairy tale picture session on the terrace floor of the Novotel Hotel, adjacent to the park, with the glorious Sahyadri range as backdrop. With its beautiful architecture, contemporary design, pillar-less ballroom and interlinked lobby staircase, the hotel proved itself as a wonderful venue for a romantic shoot. 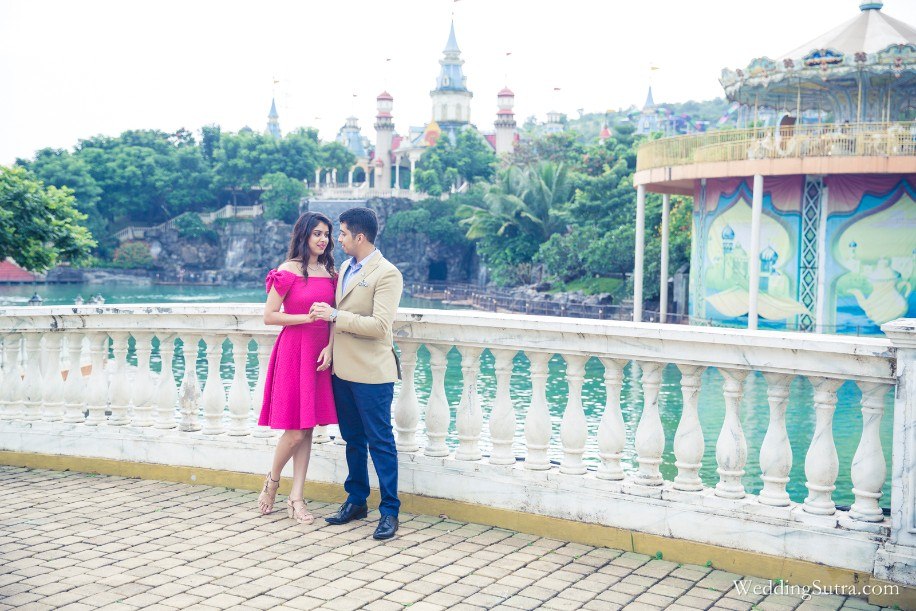 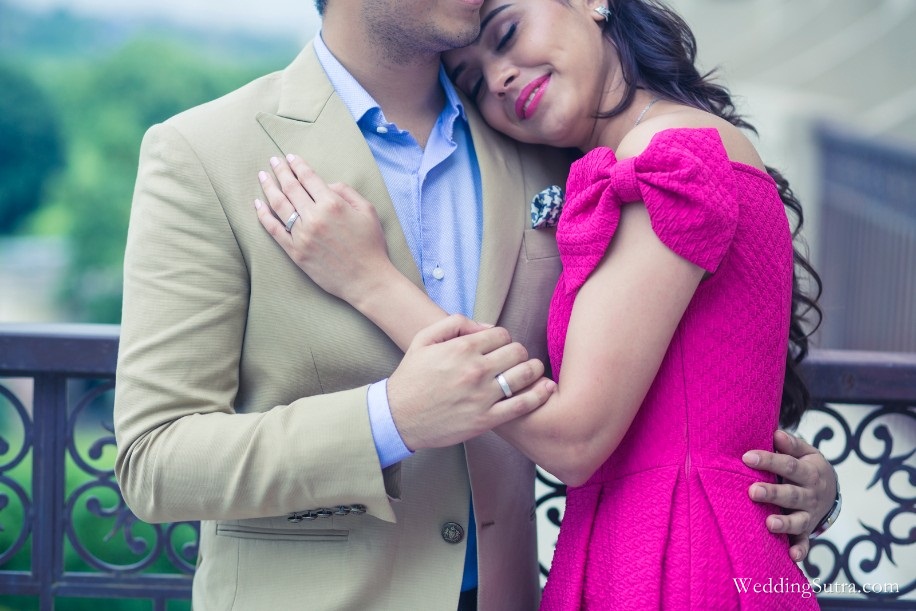 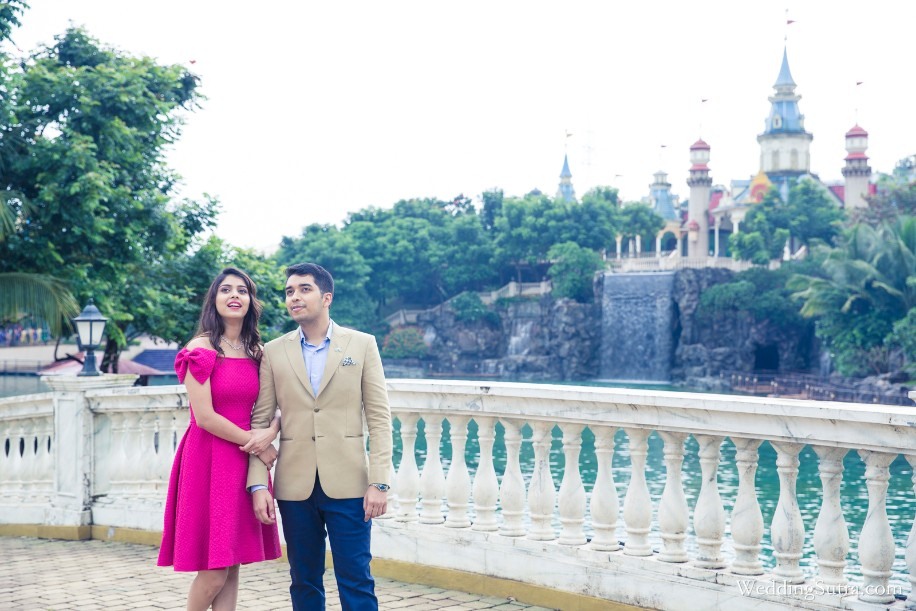 Smiling, Dhwani spoke about the thrill of wearing a platinum wedding band. “I’ve always wanted platinum bands,” she said, “It symbolizes our love. We’re simple, straightforward people and the elegant simplicity of these bands have a great significance to our lives. It’s a gentle reminder that we belong together.” 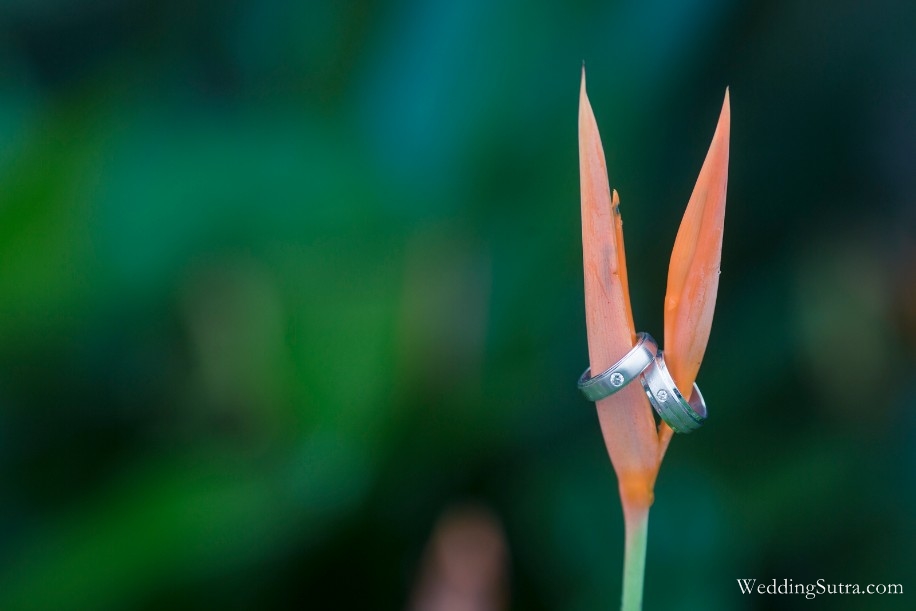 The couple complement each other in every way, Pakshal says, even in planning their wedding, “Dhwani does all the research, decorations and planning while I execute, negotiate and make sure everything is well done. We like to balance it out.”

Before bidding adieu, Dhwani spoke about her unforgettable WeddingSutra experience, “It was great. The team was fun and very well coordinated. Most importantly, they were extremely patient throughout the day and ensured that we thoroughly enjoyed the shoot.” 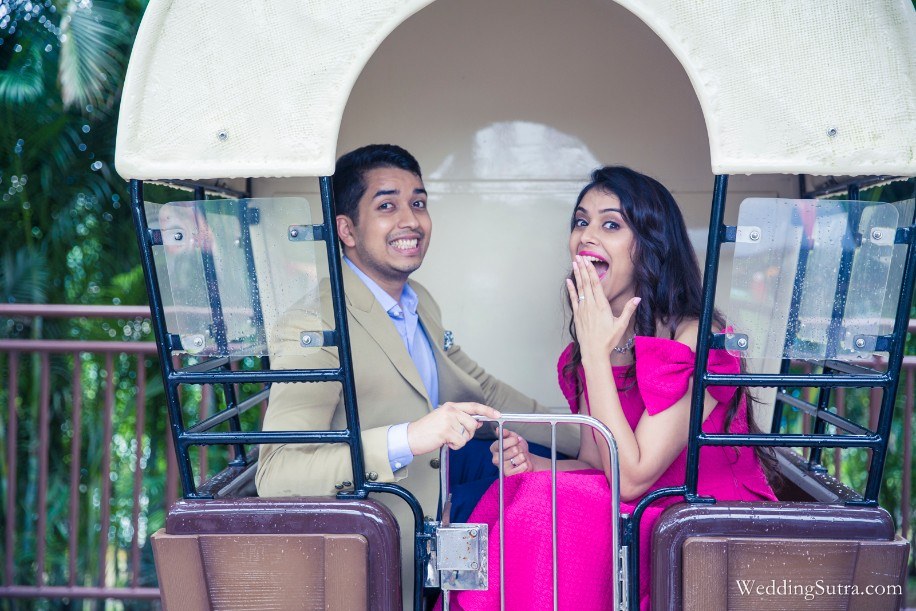 Dhwani and Pakshal tie the knot in November this year and WeddingSutra wishes them love, luck and a life full of happy adventures.

This entry was posted on Tuesday, September 27th, 2016 at 5:07:34 pm and is filed under Love Actually. You can follow any responses to this entry through the RSS 2.0 feed. Both comments and pings are currently closed.