Our new initiative- ‘Love Actually’ is a photo series featuring engaged couples who actively seek ideas and inspiration from WeddingSutra. The series celebrates the beautiful people in love as they start their lives together. Because real love can only begin, never end. Over coffee, a makeover and a photo shoot we get to-be-weds to tell us how they met, show us their platinum love bands and talk about their day of love.

Poonam Jhaveri, a Digital Marketing Manager and Param Gandhi, an Entrepeneur knew each other socially, but they never really spoke to each other. Poonam recalls: “After years of looking at me from the corner of his eye, Param finally gained the courage to come up to me one night while we were out with friends at a Club Lounge. I smiled at him because we had met before, and he asked ‘You are Sonam right?’ I was surprised thinking it took him years to talk to me, and he called me by the wrong name! I frowned and replied, ‘No I am Poonam, and you are my friend’s friend Naman right?’ The embarrassment of forgetting each other’s names got us to spend more time with each other that night, and before we knew we hit it off like a house on fire! The more we got to know each other, the more we realized how different we were. As someone rightly said, ‘you need two imperfect people to make a perfect life’. We both have started learning from each other’s strengths, and help each other overcome our weaknesses.” 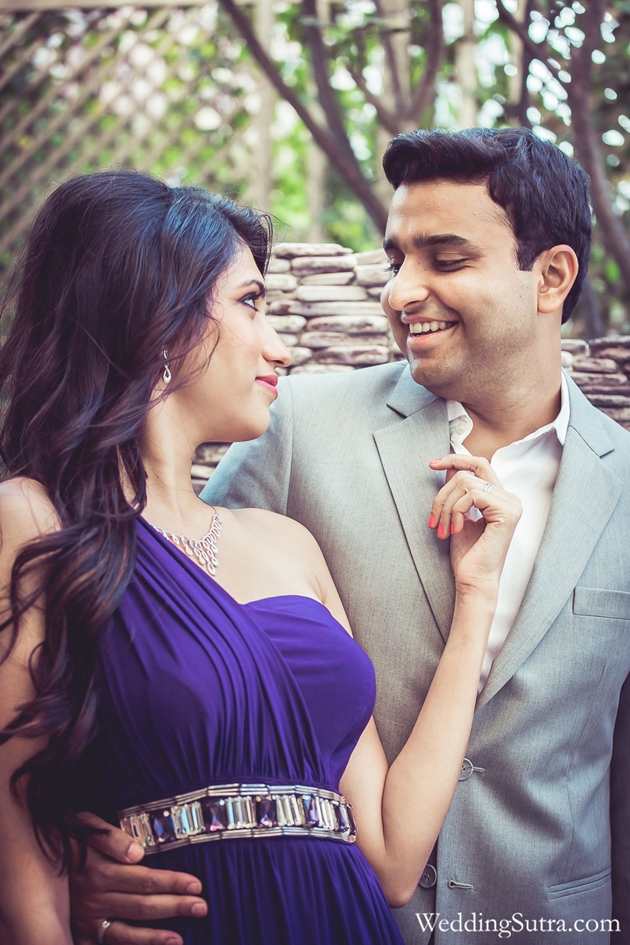 The proposal was fairly impromptu. Says Poonam, “After two years, Param casually asked me one evening, ‘Lets get engaged?’ While I was taken aback, I said ‘Yes, it’s a good idea’. We both informed our parents soon after, and before we could even comprehend or think over our decision, we were Engaged!” 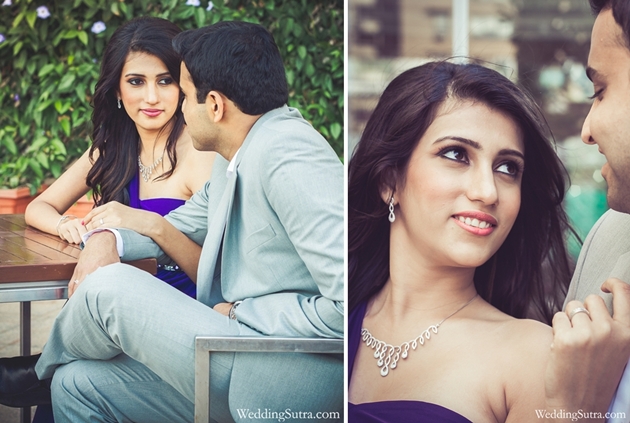 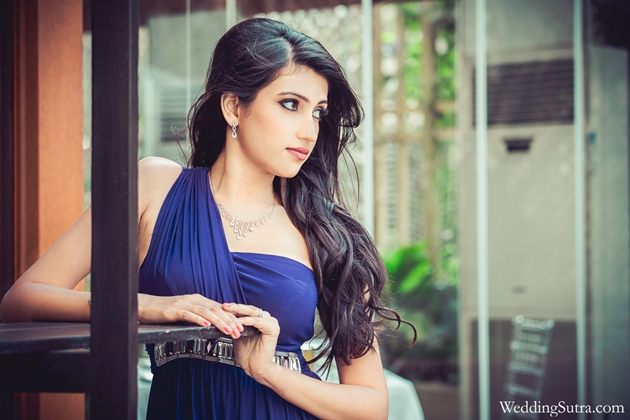 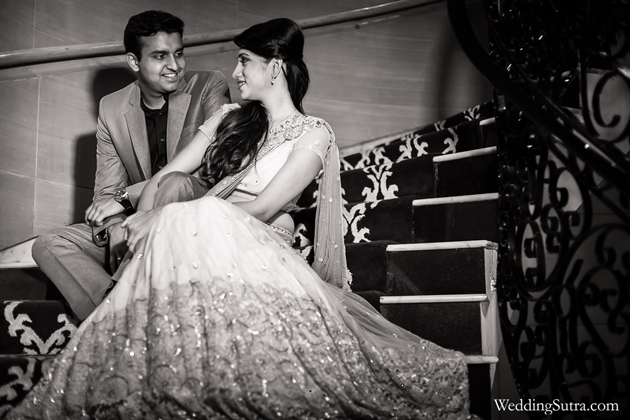 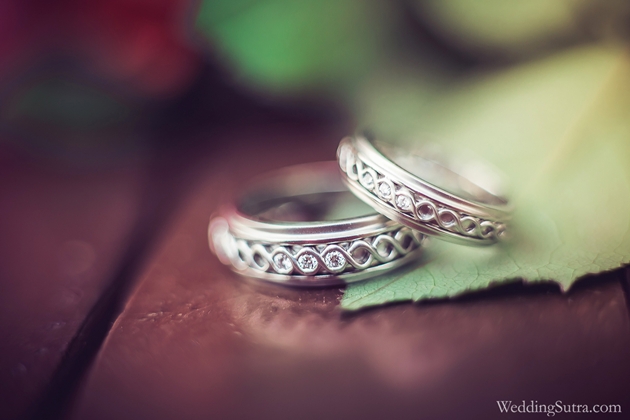 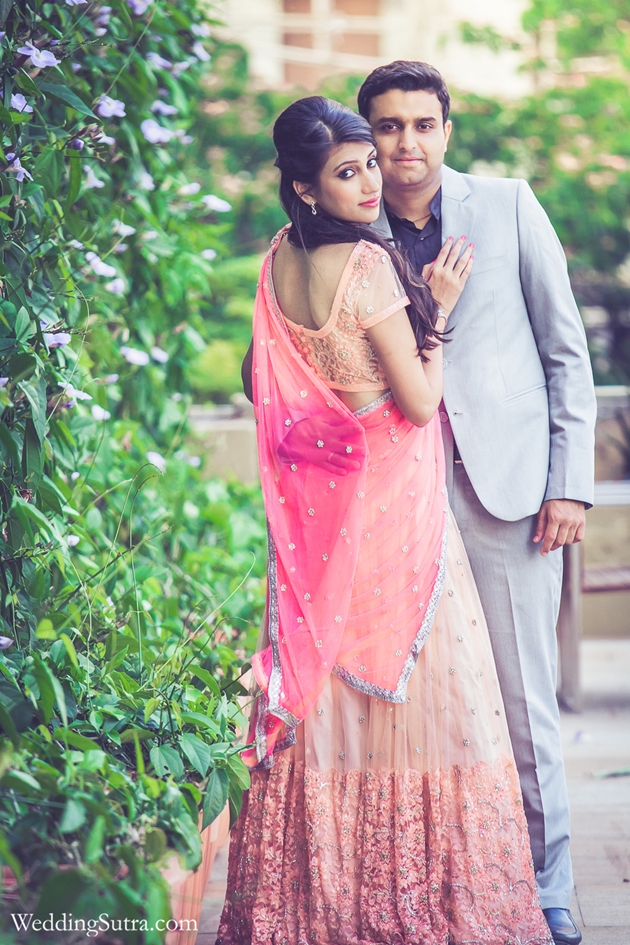 Poonam and Param were officially engaged in November 2013. Their engagement ceremony was held at Mayfair Banquets, Worli, and it was a very private affair with family and close friends. They are tying the knot in the first week of June in Mumbai. Says Param, “We want our wedding planning to be a fun process, so we keep assuring each other not to stress about it.” Adds Poonam, “We are relaxed as we’ve decided we won’t sweat the small stuff, we’ll do what needs to be done, and what we both enjoy doing. And till now, that has worked well!”

If you’re getting married in 2014 and would like to be a part of ‘Love Actually’ write to us (editor@weddingsutra.com) with the link to your FB profiles, wedding date and ‘how you met’ story. Selected couples will be invited for the shoots in Mumbai, Delhi, Bangalore and Chennai.

This entry was posted on Wednesday, April 30th, 2014 at 12:25:28 pm and is filed under Love Actually, Precious Platinum. You can follow any responses to this entry through the RSS 2.0 feed. Both comments and pings are currently closed.