Manisha Koirala’s marriage celebrations took place at the Gokarna Forest Resort in Kathmandu. The traditional Nepali marriage was held on Saturday at the Courtyard and the outstation guests stayed at the beautiful cottage-style rooms of the resort. The venue for the Sunday reception is Soaltee Crowne Plaza Hotel and over 3,000 guests including President Ram Baran Yadav, prime minister Madhav Kumar Nepal, Maoist chief Prachanda and former King Gyanendra are expected to attend. The wedding venue, Gokarna Forest resort is located at the serene Gokarna Forest, the former private Royal hunting grounds of the Kings of Nepal. The quiet peaceful haven has ancient towering trees, winding roads and a beautiful valley view.

At the pre-wedding function, Manisha, 41 looked pretty in a yellow saree with gold embroidery and a traditional green garland (made of sewn grass, it is worn by Nepali brides and grooms to bring good luck). Samrat, 33 wore a classic western suit. For the wedding, Manisha wore red while Samrat wore a traditional costume. A Nepali wedding function is a long one, it takes over three hours, and some of Manisha’s Bollywood friends like Jackie Shroff, Gulshan Grover, Deepti Naval, Vivek Mushran, Suman Ranganathan and designer Ana Singh were there. After the ‘kanyadan’ (send-off), Samrat took his bride to his parents home at Maharajgunj in a procession accompanied by a wedding band that played mostly Bollywood tunes.

According to Samrat’s father Surendra Dahal who runs the Kathmandu based company Leather Wings, the newly-wed couple may settle down in Mumbai, New York or Kathmandu. Samrat is the youngest of three siblings. His elder brother Suraj is in the education business, and his elder sister Shuvashree is pursuing her Phd in the US. Samrat also studied in the US and is now setting up bio-gas plants in Nepal, starting with tourist city Pokhara. Manisha’s Koirala family has been likened to the Kennedys and Gandhis. Her grandfather B P Koirala was the first elected prime minister of Nepal, and many of her grand-uncles, uncles and aunts have played a key role in politics. She was earlier engaged to the then Australian ambassador to Nepal Crispin Conroy. She later dated American author and speaker Christopher Dorris, and while rumours were rife that they’ll be marrying, they didn’t take the plunge. 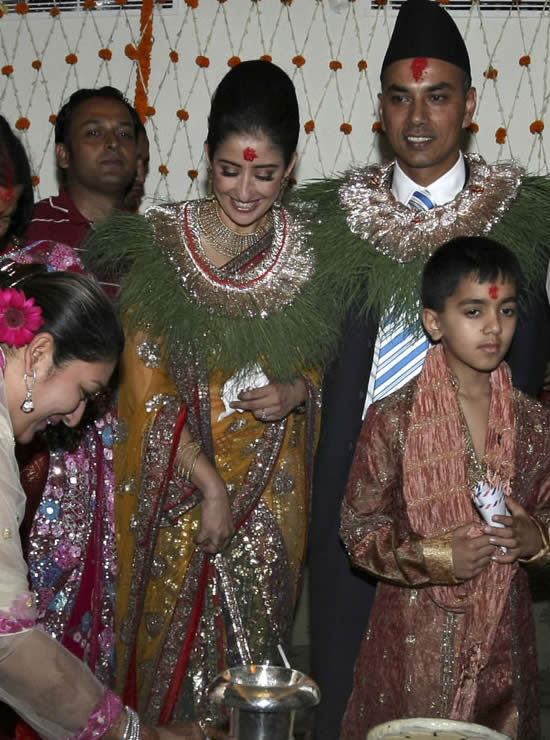 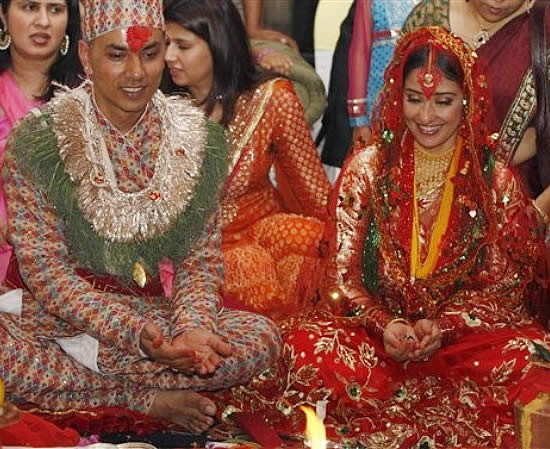 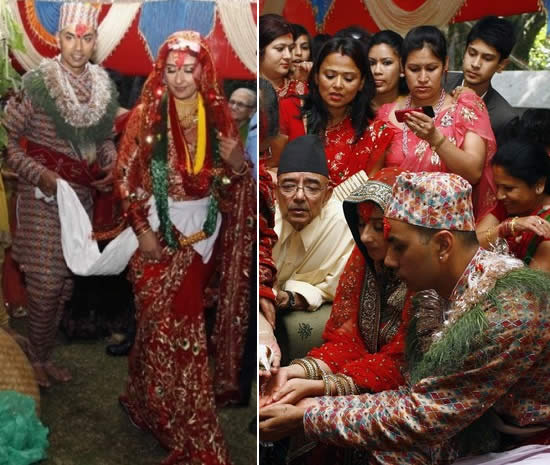 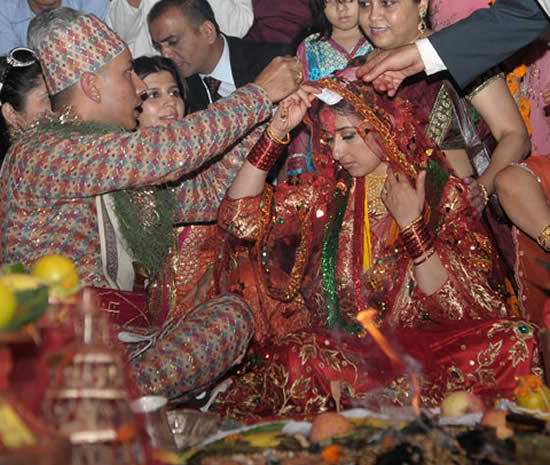 This entry was posted on Sunday, June 20th, 2010 at 12:40:35 am and is filed under Celebrity News, Destination Weddings. You can follow any responses to this entry through the RSS 2.0 feed. Both comments and pings are currently closed.