“On a Thursday night I was scheduled to have a pre-valentine’s dinner date with my boyfriend which I was pretty excited about because I didn’t know where we were going—he took me to Sahara Star’s Mabruk (the Lebanese restaurant) after which he said we were going to the Grand Hyatt to meet Eric (his business school buddy) for a drink. Enroute to Grand Hyatt, Nowshad called Eric to tell him we were on the way. We walked into the hotel, were intercepted by a hostess and Nowshad mentioned Eric’s room number and handed her a business card. We reached the room, Nowshad knocked and commented that the door seems to be ajar and maybe we should just go in. Boom!! I suddenly found myself surrounded by roses, candles, glitter, champagne, strawberries and chocolate whipped cream (an excellent job by Cupid Corner who specialize in creating romantic spaces).”

“Even at that point I kept thinking; wow, what a romantic, he really went all out for Valentines Day! Then Nowshad told me that he asked for a room with a nice view and I should check it out. I walked up to the window and when I turned around two seconds later he was on one knee with a little box in his hands. I was kinda in the middle of half crying/half laughing and mostly saying, “Oh My God” when he said, “I know I’ve made you wait a long time for this, but I want to spend the rest of my life with you, will you marry me?” It took me under a second to say, ‘YES!’ After he put the dazzling diamond ring on my finger and we clink clicked the champagne he revealed that Eric and his wife were actually at the hotel but waiting for us at China House to have a drink. So we went downstairs to the club. As we walked in, there was another big surprise– 30 of our closest friends gathered around screaming “Congratulations!” and the celebrations continued!

So when and where are they marrying? And what does Malini plan to wear for her wedding. “Nothing’s finalized yet—we’re still in the deciding phase. But after we figure it all out, I look forward to sharing my Wedding Planning and Trousseau Shopping experiences with WeddingSutra readers”, says Malini adding: “For the record (and since this seems to be everybody’s favorite joke/question) I’m NOT changing the name of my blog to MrsMalini.com! 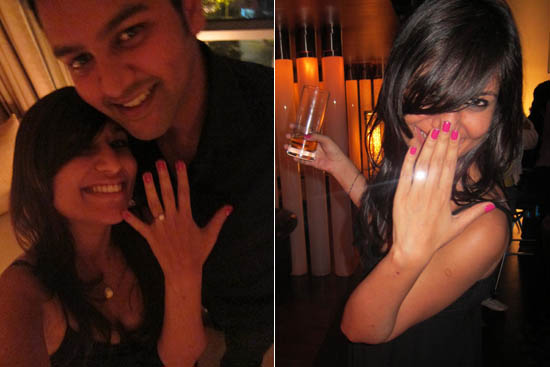 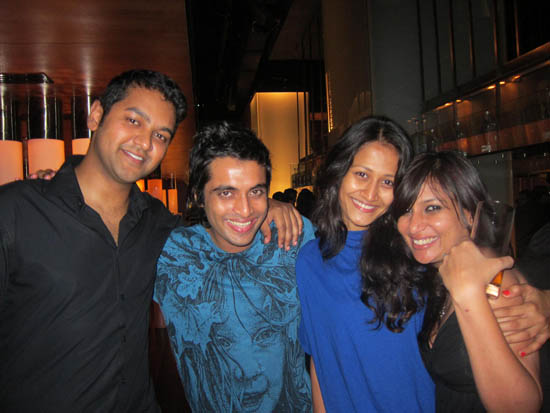 This entry was posted on Wednesday, February 23rd, 2011 at 4:19:19 am and is filed under Celebrity News. You can follow any responses to this entry through the RSS 2.0 feed. Both comments and pings are currently closed.