Popular Mumbai Model Anjali Raut tied the knot with Akshaay Gill in his home-town Chandigarh. The functions included a Sangeet, the Wedding at the Gurudwara in Panchkula and a Reception. For the different functions, the half-Maharashtrian, half-Russian model wore colourful and traditional ensembles from bridal hot-spots like Benzer and Kalki in Mumbai. 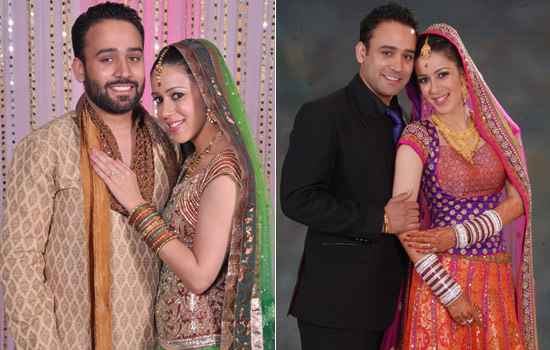 Anjali and Akshaay at the Sangeet (left) and the Reception (right). Anjali picked both the creations from Benzer, Mumbai. 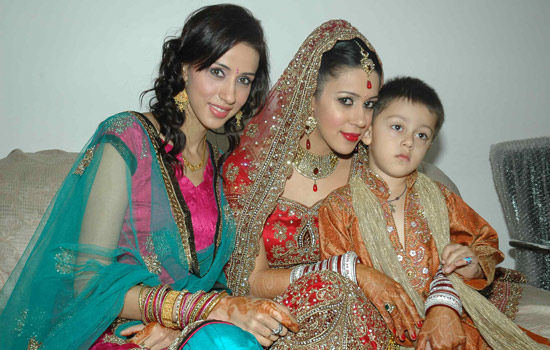 At the Wedding with sister Alesia Raut and nephew. 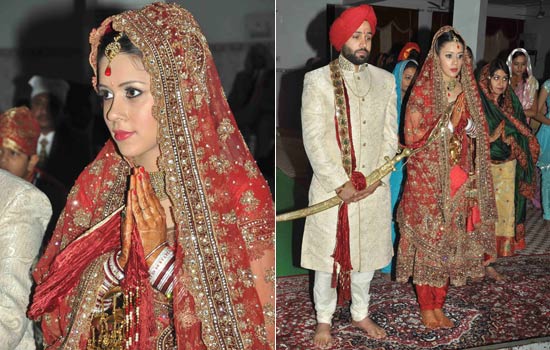 Gurudwara Wedding, Anjali in a traditional red ensemble from Kalki.

Akshaay Gill runs his business in Singapore. Anjali has been working as a model in Mumbai since a few years. She met Akshaay in Singapore when she lived there, her father an employee of Air India was earlier posted there. Anjali’s sister is well-known Model Alesia Raut, and in Mumbai’s fashion circle both the sisters are much-liked for their modelling skills and pleasant disposition. 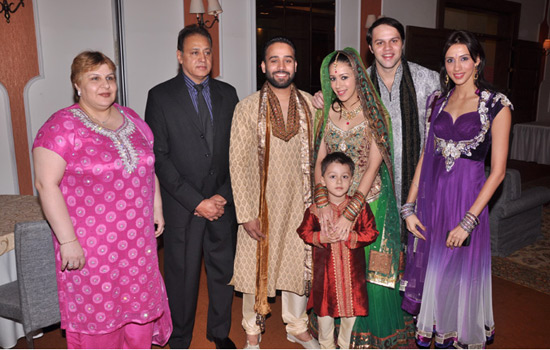 Family picture, Anjali and Akshaay with her parents, brother, sister and nephew. 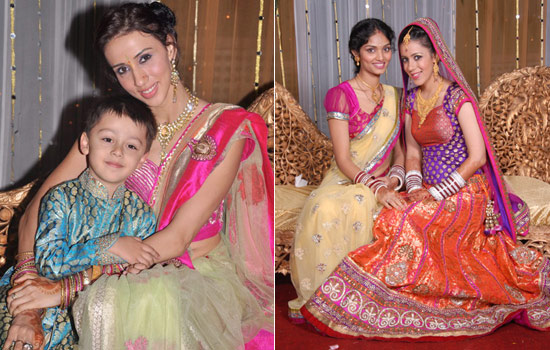 Alesia Raut and her son. The bride and her best friend Model Deepa Chari 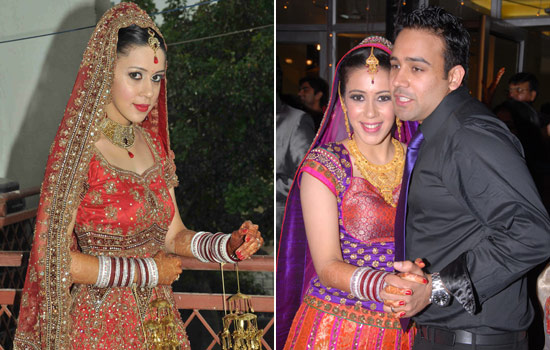 This entry was posted on Tuesday, January 10th, 2012 at 3:21:17 am and is filed under Celebrity News. You can follow any responses to this entry through the RSS 2.0 feed. Both comments and pings are currently closed.