A mandap made of LED panels, an exotic sangeet in the desert and 3D projections were some highlights of this grand wedding in Ras Al Khaimah, planned by Milestones to Memories (MtoM). Further, their wedding card designed by WeddingSutra Favourite Puneet Gupta, also deserves a closer look. Titled as ‘Once Upon A Time’, the book shaped invite was just the perfect beginning to a one-of-a-kind wedding. 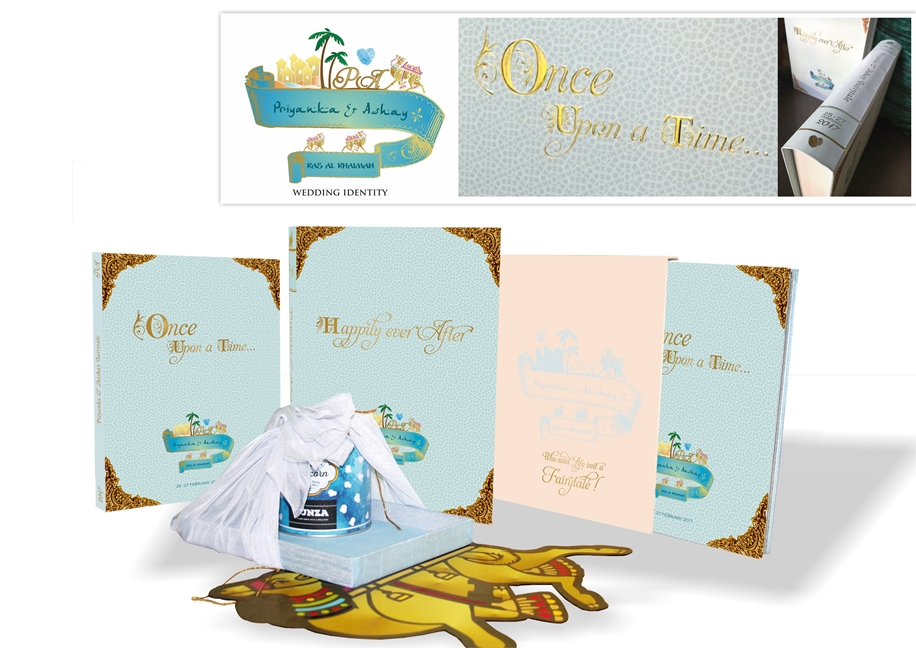 It all began in December 2016 when Aarti received a phone call from real estate tycoon Mr. Sushil Mantri’s office to discuss his daughter’s wedding which was slated for February 2017, and had an estimated guest count of 800. MtoM had just launched its operations back then.

Day 1: Wedding
The focus of the Mantri wedding was all about fun and entertainment! The wedding ceremony took place on the first day, and the remaining two days were all about revelry and living it up for families and guests. The mandap and walkway were decor highlights of the ceremony as they were made of LED panels. The holy verses narrated by the priest were continuously rolling on the LED mandap, which made it look unique and magnificent. The groom arrived astride a horse, while the bride made her entry in a customized silver-plated ‘doli’ (palanquin). After the wedding rituals, a pre-plated sit-down dinner for 250 people was organised for the Sajan Kot feast. This was one of the longest table settings ever created for the elaborate nine-course dinner. The talented Rooh band from Dubai performed mesmerizing Sufi numbers to keep guests entertained. 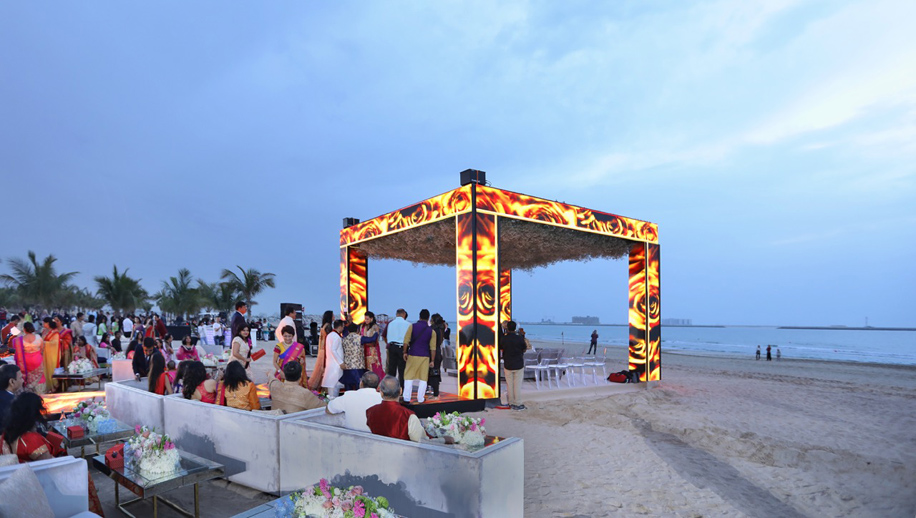 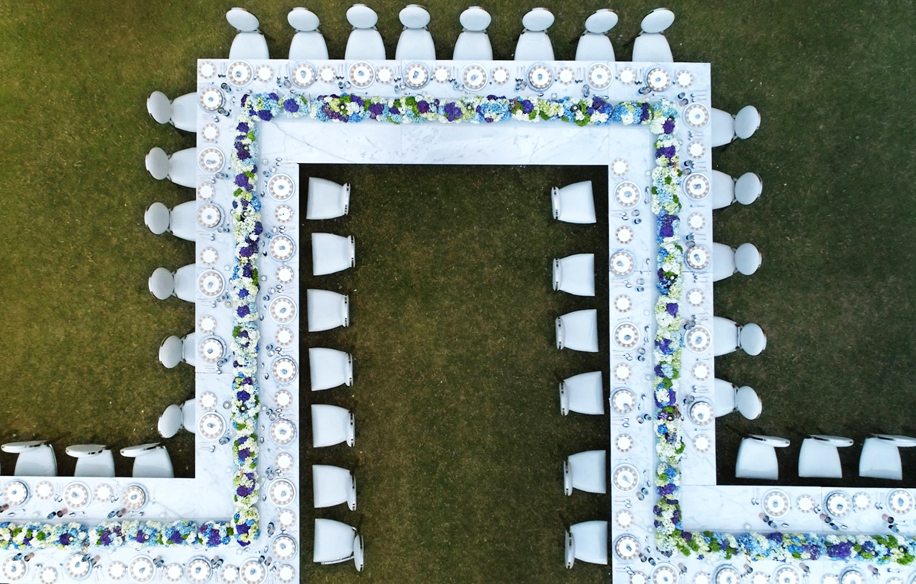 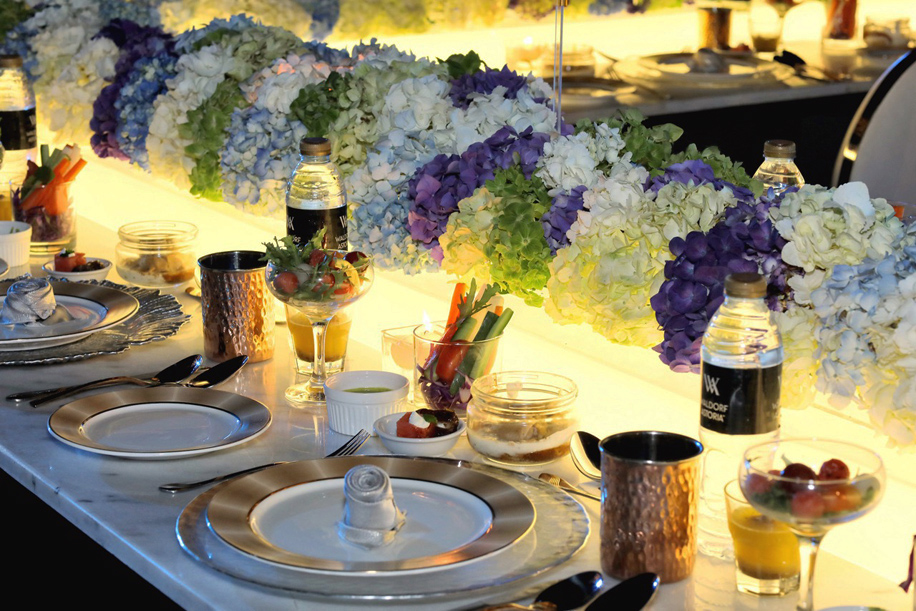 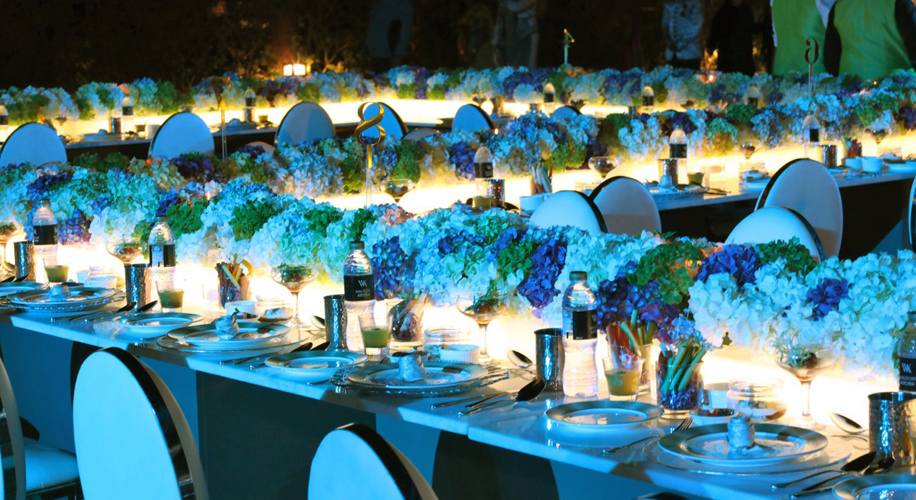 Day 2: An all-night ‘Arabian Nights’ Party
The MtoM team organised a cricket match between the two sides of the family which worked as an icebreaker. The Strings trio played classical melodies live during the high tea session. The Bassata Desert Village was transformed into an ‘Arabian Nights’ setting for the main party in the evening, where guests were welcomed by ‘dabka’ (traditional Arabic dance) and belly dancers, and a fire ‘tannoura’ (Egyptian folk dance) act. Salim and Suleiman were the entertainers for this evening, the guest loved every bit of this grand party, right from the dramatic welcome at entry, to the delicious live counters of Arabic and Lebanese cuisine and the throbbing beats of the SS band. The party went on till the wee hours of the morning, and DJ Vicky made sure the dance floor never saw a dull moment. Day 3: Reception
There was a light drizzle on the day of the reception which was a pleasant surprise for guests. The decor for this event was white and orange. Canopies and cabanas were set up on the serene beach of Waldorf Astoria. The MtoM team made sure everyone had fun with beach sports and other activities. This was followed by the evening reception at the beautiful Al Hamra Golf Course. Guests were wowed by the 3D projection mapping that was done on a 150-foot structure and on the bride’s white gown! 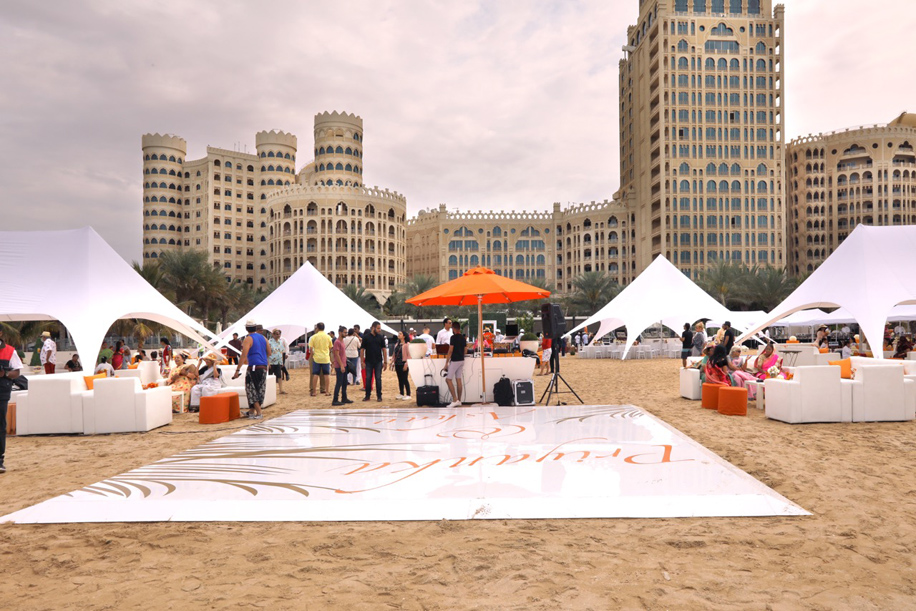 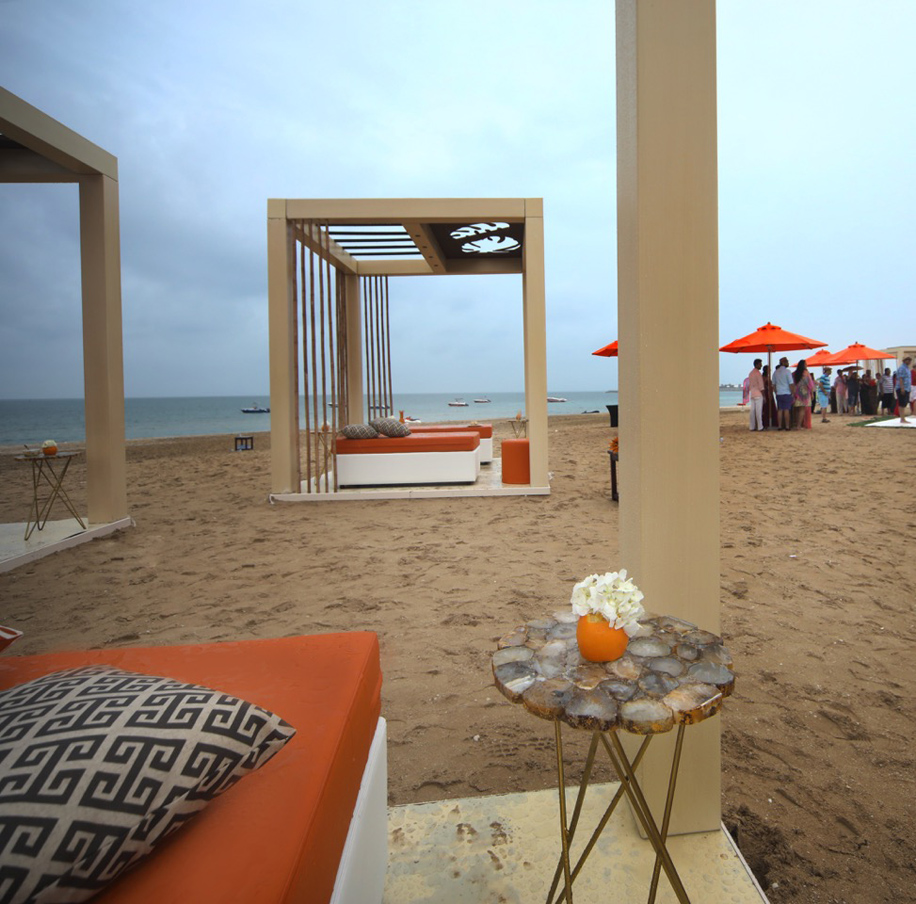 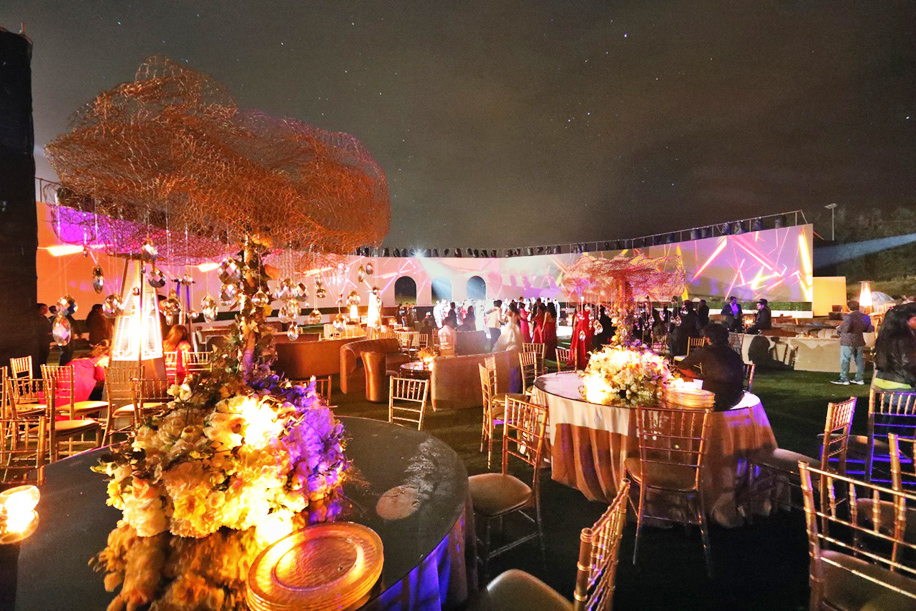 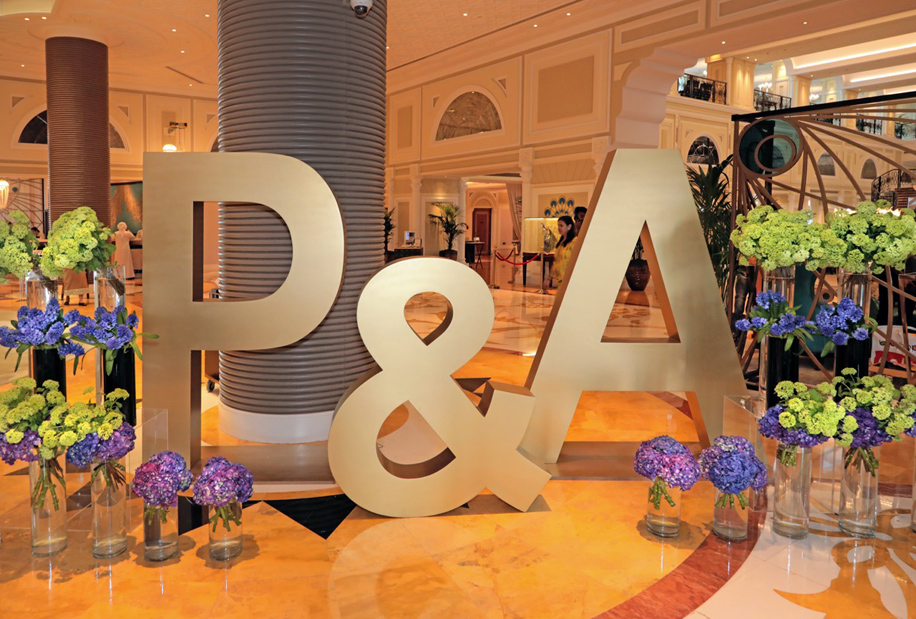 This entry was posted on Thursday, May 18th, 2017 at 11:07:22 am and is filed under Destination Weddings. You can follow any responses to this entry through the RSS 2.0 feed. Both comments and pings are currently closed.