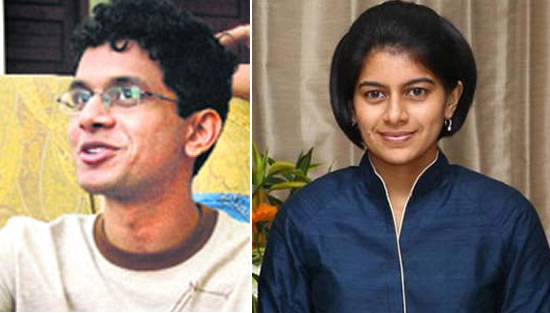 It’s the union of two most prominent business families from South India—one family in traditional manufacturing, the other in software & technology. One family has been a business leader since generations and the other is a first-generation enterprise. Lakshmi Venu, daughter of TVS Chairman Venu Srinivasan is engaged to Rohan Murthy, the only son of Infosys Chairman Narayana Murtha. Both Lakshmi and Rohan have a brilliant academic record. Lakshmi studied Economics at Yale, and then pursued her doctorate at Warwick University. Rohan graduated from Cornell, and is currently pursuing a doctoral program at Harvard. Around eight months ago, he met Lakshmi through a common friend in Bangalore.

Rohan’s mother Sudha Murthy has said her son wants a very private wedding and the date of the wedding will be announced soon. This comes as no surprise as both Sudha and Narayana Murthy lead a simple lifestyle and when their daughter Akshata wed Rishi Sunak last year, they hosted a simple, elegant wedding affair at The Leela, Bangalore.

The TVS family prefers low-key celebrations too. Lakshmi’s uncles and aunts in Chennai and Madurai (where the two major offices of the TVS group are located) have typically hosted for their children the traditional Muhurtam at home or at a Kalyana Mandapam (marriage hall) with less than 200-300 guests. Their post-wedding receptions at the Madras Race Club or the Taj are grander, yet not ostentatious. Southern India is eagerly looking forward to the grand union of Lakshmi and Rohan and is wondering if Mallika and Venu Srinivasan will host a Big Fat South Indian Wedding or a South Indian Style Simple Wedding.

This entry was posted on Monday, August 9th, 2010 at 11:53:07 pm and is filed under Celebrity News. You can follow any responses to this entry through the RSS 2.0 feed. Responses are currently closed, but you can trackback from your own site.