The wedding was amongst the most luxurious events Hyderabad has witnessed.

The Choudhary and Sabbineni families have been closed for over two decades and this union brought an element of warm intimacy to the association.

To celebrate Rachna and Vishnu’s wedding, a confluence of culture and luxury was created. It began with a traditional Telugu wedding ceremony, with the chanting of Vedas by Pandits. Décor design ace Sumant Jayakrishnan worked his magic on the beautiful space where the ceremony took place; the decor featured interesting elements like elegant iterations of lights, artificial lotus flowers in the pond, and an array of fresh flowers.

While the beautiful bride wore heavy diamond jewellery and a traditional saree designed by none other than Tarun Tahiliani, the groom wore a traditional kurta pajama. Fleeting glances, deep emotion and every precious moment of sanctity, laughter and love were captured by Joseph Radhik, one of India’s most sought-after wedding storytellers. Moving images from the wedding were filmed by Ravinder Reddy. 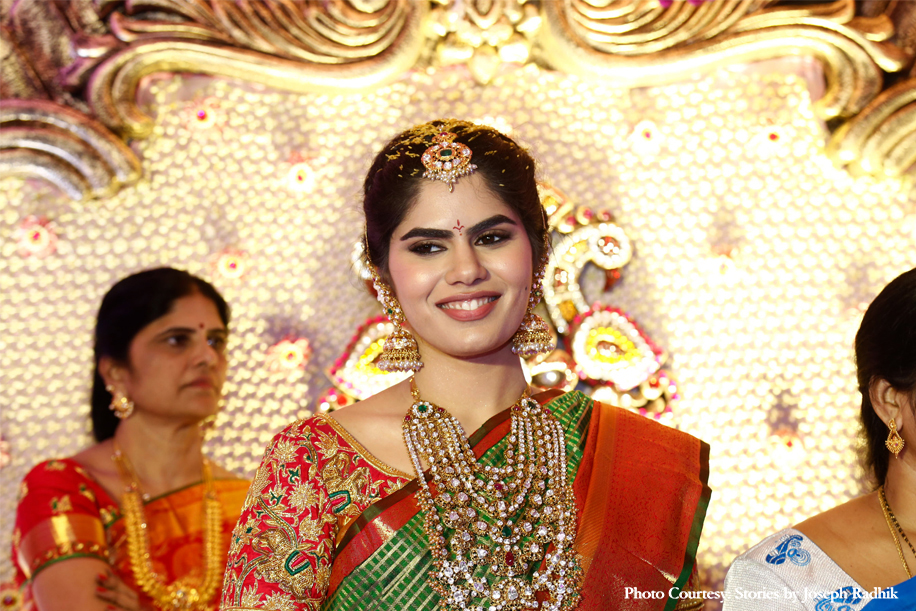 The celebrity guest list for this wedding received specially crafted invitations of a very high value. With the grace and cordiality displayed by the contents of the invitations – a Pattu Saree, Pattu Pancha, silver and gold trinkets in a specially designed box – is it any wonder the wedding was attended by prominent leaders of the country and Tollywood celebrities?

The couple’s engagement a few days prior was as grand and featured a sparkling guest list with the crème de la crème of Tollywood and politics in attendance. For the engagement, Rachana wore a black sequin embellished gown custom made by Zuhair Murad in Paris paired with a simple diamond necklace set. 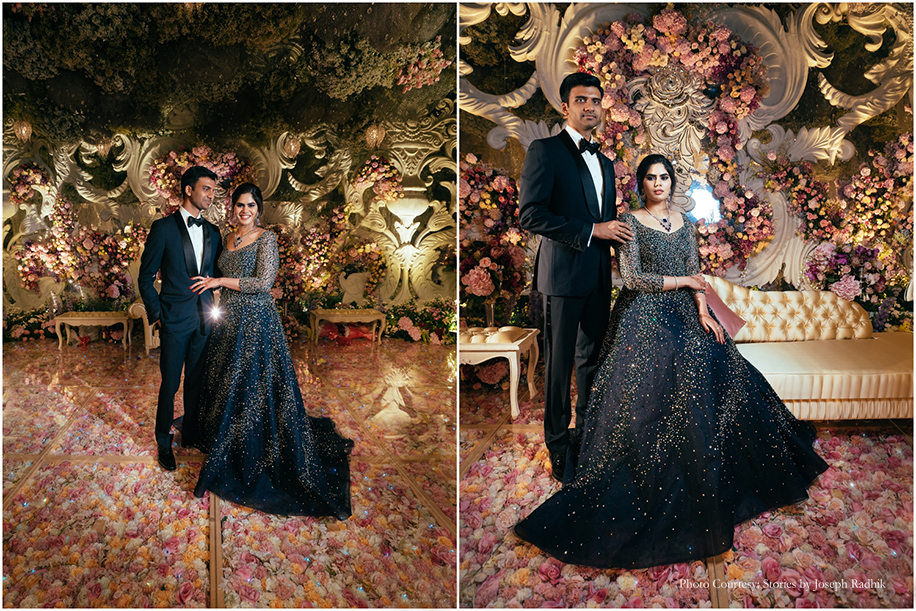 This entry was posted on Tuesday, August 28th, 2018 at 9:20:53 am and is filed under Celebrity News, Wedding Photography & Films. You can follow any responses to this entry through the RSS 2.0 feed. Both comments and pings are currently closed.