Paris: France’s eternal gift to the lovers and romantics of the world

The city of love- Paris, takes you into the pages of the most wonderful romance novel you have ever read.

It has inspired films, music, art, theatre and even cuisine and it is sure to inspire you into making grand gestures of love. Would you like to propose marriage on a horse carriage? Or walk hand in hand around Montmartre? Get a couple of caricatures done by the street artists? And take a moment to watch the world go by from one of those quintessential Parisian cafés you’ve always read about. 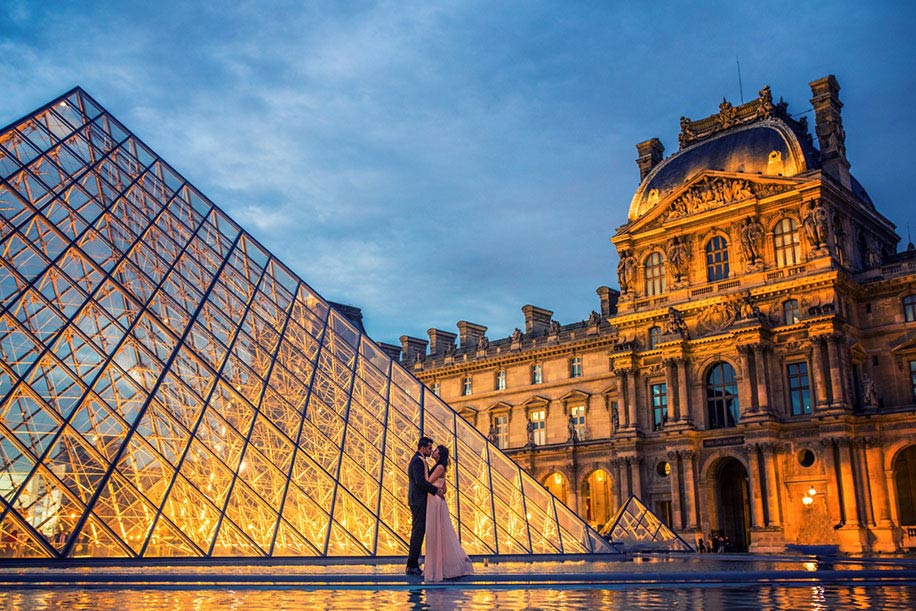 Whether you’re planning a surprise proposal in front of the Eiffel Tower or a dreamy honeymoon in the most romantic city on earth or just a quick, cozy getaway to let those sparks fly again – Paris is where the heart’s compass points to.

While there is no shortage of both hidden and popular treasures in the city of love, these are 10 places that you must visit only to say je t’aime.

1. Wine Tasting at De Vinis Illustribus
French wine enjoys world renown and whether you’re an experienced oenophile or just testing the waters; take this opportunity to savor the spirit of Paris. The De Vinis Illustribus is a family run Parisian wine tasting bar and cellar. Spend an evening here taking a tailor-made private tour by the owners themselves. It’s an incomparable experience that will elevate your senses as you sniff, swirl and sip, teaching you about the wine and your significant other’s taste. 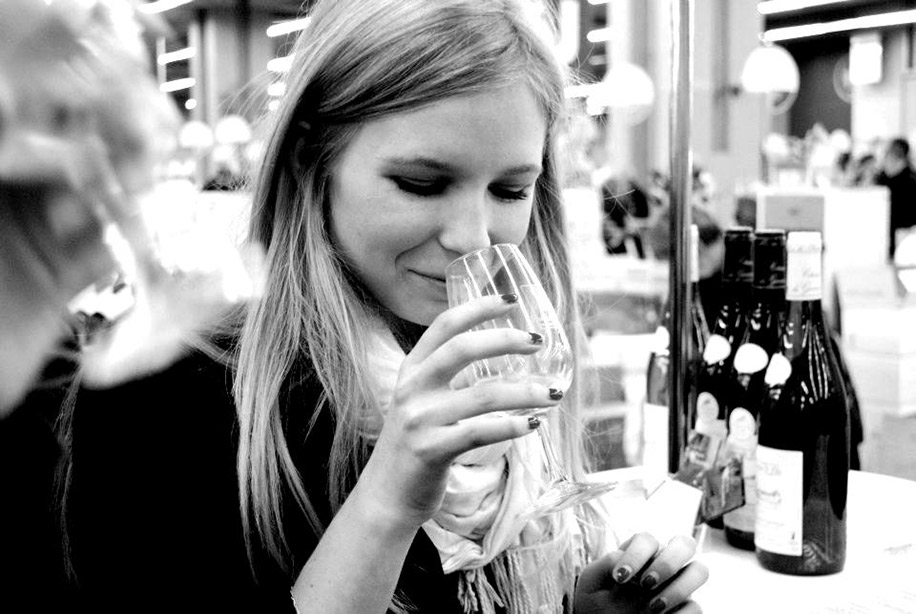 2. Aboard Le VIP Paris – Yacht Hotel
Close your eyes for a second and imagine the lights of the city of Paris reflected off the glistening ripples of the river at night. Now imagine how unforgettable a night on the luxurious Le VIP Paris – Yacht Hotel could be as you slowly glide past the city of love, during an intimate dinner for two and then walk hand in hand to spend the night in one of the yacht’s incredibly designed rooms. 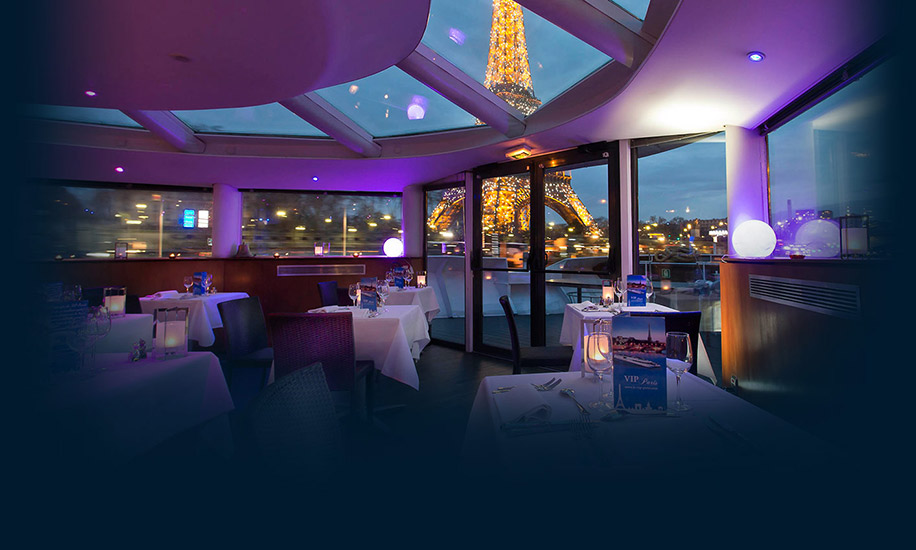 3. Organize a dinner in the Jules Verne restaurant at the Eiffel Tower
Everyone wants a love like in the movies and if you’ve watched the film Befikre, there’s one scene you can replicate perfectly; dinner for two in the Jules Verne, the Alain Ducasse restaurant at the Eiffel Tower. One of the world’s architectural icons, the Eiffel Tower is the best place to take in sweeping panoramas of Paris and by day and night, it is an unforgettable sight. Now you can organize an elegant evening with dinner in complete privacy with that picture perfect view. It’s a gesture worthy of the silver screen. Make it a surprise! 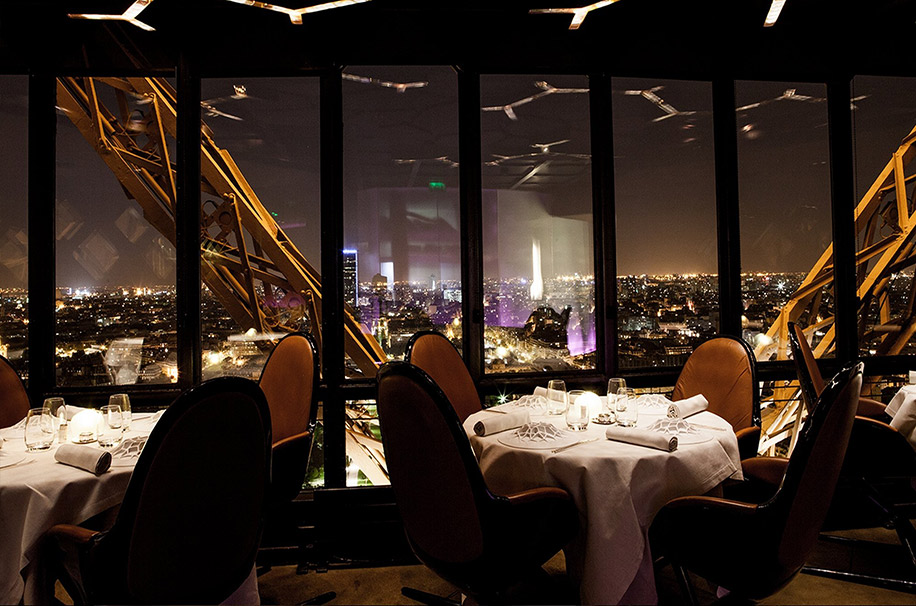 4. Versailles at night
If you’ve always had a taste for aristocratic flair then dinner at Ore – Ducasse au Château de Versailles is a dream come true. A plush café by day, the restaurant opens on special request for dinner and takes you back in time to a period of royal feasting. With menus inspired by the 16th and 17th centuries and waiters dressed in vintage finery, the restaurant brings to life the grandeur of history. After dinner, you will be treated to the splendid fountain show Les Grandes Eaux Musicales at the Château de Versailles gardens. Your lady love will feel like the queen she is. 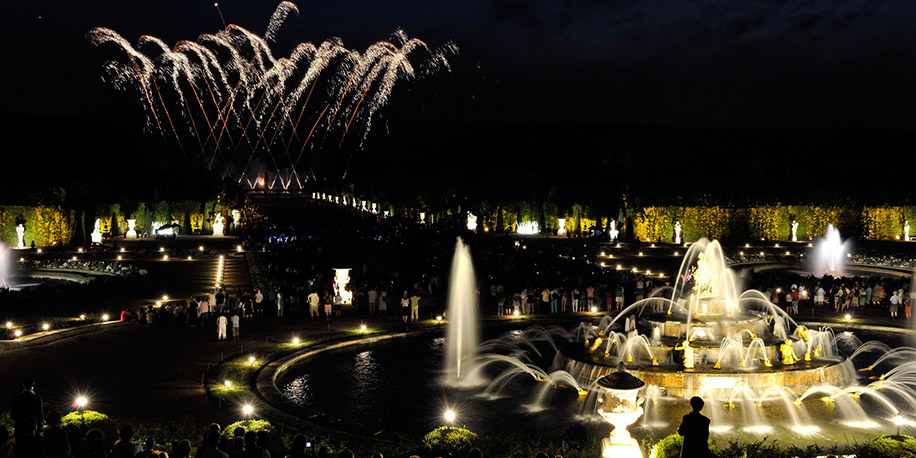 5. Lunch at Le Chalet des Iles
The Empress Eugenie fell in love with a chalet built by the architect Seiler, in Switzerland. Napoleon III chivalrously had it dismantled, transported by train and rebuilt on this island by the lake! In the heart of the Bois de Boulogne, accessible only by a mini-ferry this is undeniably one of the most romantic places in Paris! And what a story to tell! Pick from a terrace or the restaurant, treat yourself to traditional French cuisine and rejoice that expressing your love is far less complicated these days!

6. A Luxurious Drive
So you want to treat your woman to a night on the town, make her feel like a movie star? Well how about renting a luxury limousine? Consider this; Paris at night, a big bottle of bubbly, flowers, maybe some caviar, your favorite tunes on the stereo as you’re driving slowly past the Triangle D’Or (the Golden Triangle) the famous enclave that includes some of Paris’s most popular boulevards such as the Avenue Montaigne, Champs-Élysées, and the Avenue George V. 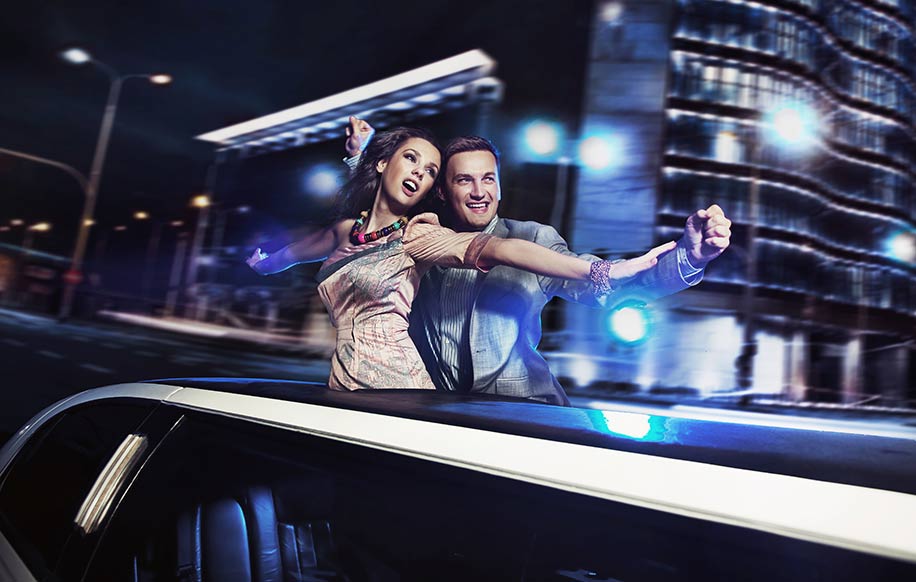 7. A tribute to love at Bois de Vincennes
There’s an actual temple to love here! Once you get over one of the largest gardens in all of Paris, with four beautiful lakes and a zoo, walk up to the Temple D’Amour, perched on a grotto with a view of the beautiful landscaping. Take your partner by the hand and walk down a gravel pathway into the enchanting caves underneath. A Parisian experience that will be forever etched into your memory! 8. The Seine
It’s been in the movies and has had songs written about it. You can watch the sun set from any of the bridges that arch over it and a magical cruise on the iconic Seine goes under those same Parisian bridges in Paris while giving you a glimpse of the Louvre, Notre Dame Cathedral and the Eiffel Tower. The banks of the river are alive with strollers, roller skaters, and some inspiring street tango dancers. Join in or just watch the dancers sway, listen to the music and let the mood take you where it does. 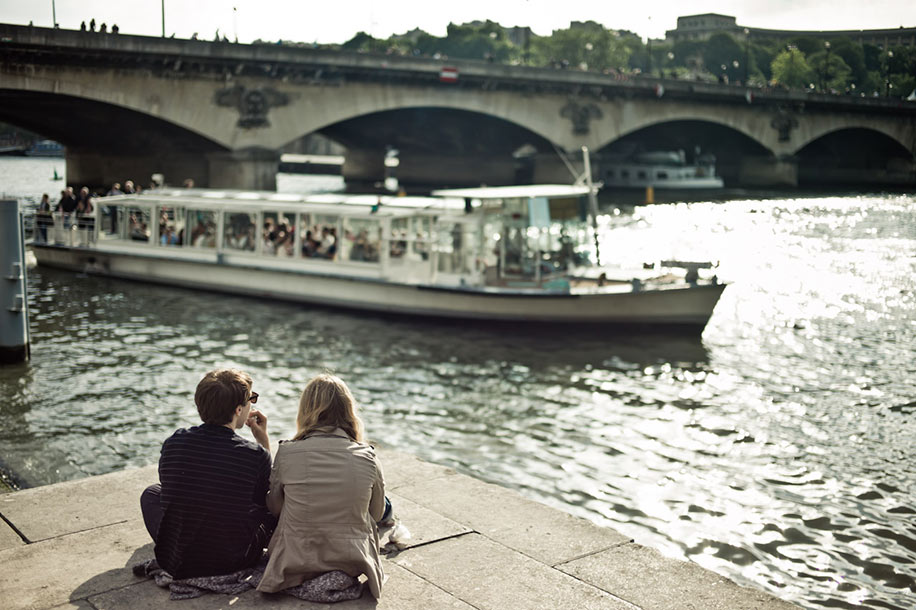 9. Palais Garnier
This is no ordinary theatre. The Palais Garnier is home to several spaces within that celebrate the arts. The Grand Escalier has a thirty meter high vault and is built of marble in varying colors. The horseshoe shaped auditorium was designed not just for the audience to see, but also to Be Seen! The chandelier above of bronze and crystal, weighs 8 tonnes and has 340 lights and the ceiling was painted by none other than Marc Chagall! Take your time and explore this grand space and come home with stars in your eyes. 10. Cook it like the French
If French is the language of love, then we’d like to quote George Bernard Shaw when he says ‘There is no love more sincere than the love of food.” French food is subtle, about ingredients and restraint and technique. Some of the world’s best culinary schools are here and you’ll take home a bit of France when you learn to cook some fine French delicacies. There’s something wonderfully sensuous about sniffing, tasting and touching along with your partner. We’re talking about the ingredients and food. But who knows where a good meal can take you… For more information about planning your trip to France, visit http://in.france.fr/

This entry was posted on Monday, July 31st, 2017 at 1:17:44 pm and is filed under Travel & Honeymoon. You can follow any responses to this entry through the RSS 2.0 feed. Both comments and pings are currently closed.