Shazmeen, the daughter of Tata Sons Limited Director Ishaat Hussain is marrying Rustom, the son of prominent businesswoman Zinia Lawyer of London Pilsner fame. Early this week, the wedding was held as per Parsi traditions at the Agiary in Colaba. On December 16th and 17th the Muslim wedding and post wedding celebrations are at the spectacular Taj Falaknuma Palace in Hyderabad. On the guest list are the who’s who of Corporate India and prominent names from the world of business and politics; since Rustom’s mother Zinia and uber-glamorous sister Farah (who is married to business baron Riyad Oomberbhoy) are popular figures in the society circuit, many society divas are expected to be there. 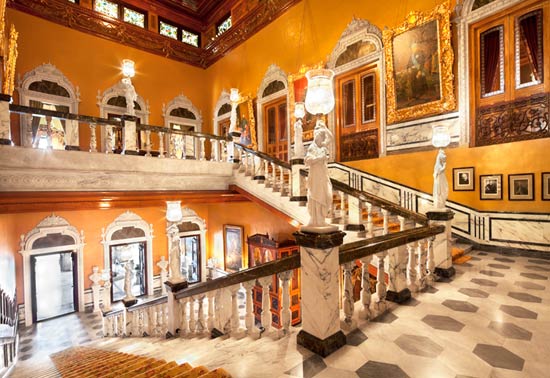 This entry was posted on Wednesday, December 14th, 2011 at 2:37:25 am and is filed under Destination Weddings. You can follow any responses to this entry through the RSS 2.0 feed. Both comments and pings are currently closed.