It’s a matrimonial alliance between two big builders from Pune. Ankita, daughter of construction magnate Rajesh Patil (of Kolte-Patil Builders) is marrying Rohan Lunkad whose family owns Lunkad Realty. The wedding celebrations are the majestic Umaid Bhawan Palace and the spectacular Meherangarh Fort on 5th and 6th February; the post-wedding reception is at the Patil home on 8th February. 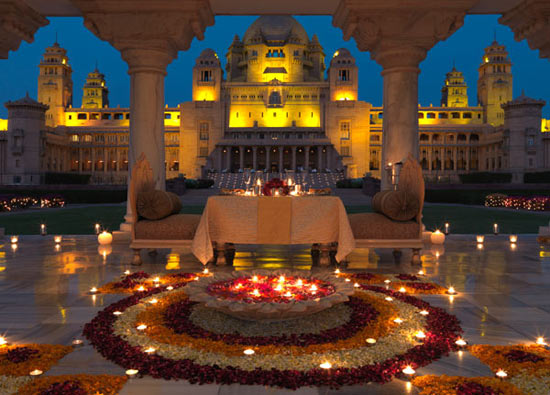 The celebrations in Jodhpur include a traditional Rajasthani mela, a cricket match between the two families and an evening performance by singing sensation Shankar Mahadevan. The wedding is managed by Ahmedabad based Red Events and expected at the two day affair are a host of business luminaries and politicians from Maharashtra.

Rohan Lunkad works in his family business. Ankita’s passion lies in education, she runs Anisha Global, the school in Pune.

This entry was posted on Friday, February 1st, 2013 at 5:49:18 am and is filed under Destination Weddings. You can follow any responses to this entry through the RSS 2.0 feed. Both comments and pings are currently closed.