Neha and Ramit have known each other since they were kids but they were no childhood sweethearts. “We lived four houses away from each other for a decade and had no idea one day we’d fall for each other,” Neha grins. Fate however, is a funny thing and despite being friends, it was only when a discussion about an arranged marriage between them happened that they realised they had feelings for each other. Neha laughs, “All of a sudden, there was a spark in our friendship and here we are today!”

Where they are is in London, for their pre-wedding shoot! Ramit looks at his bride-to-be, “Neha loves London. Like REALLY hard core! So when we saw this ‘Moment of Love’ contest being run by Cupcake Productions, I thought let’s try and win it. Nothing would make her happier.” The couple did win and were pleased as punch to have a dream shoot by the ace photographers Shruti and Jayant of Cupcake Productions. 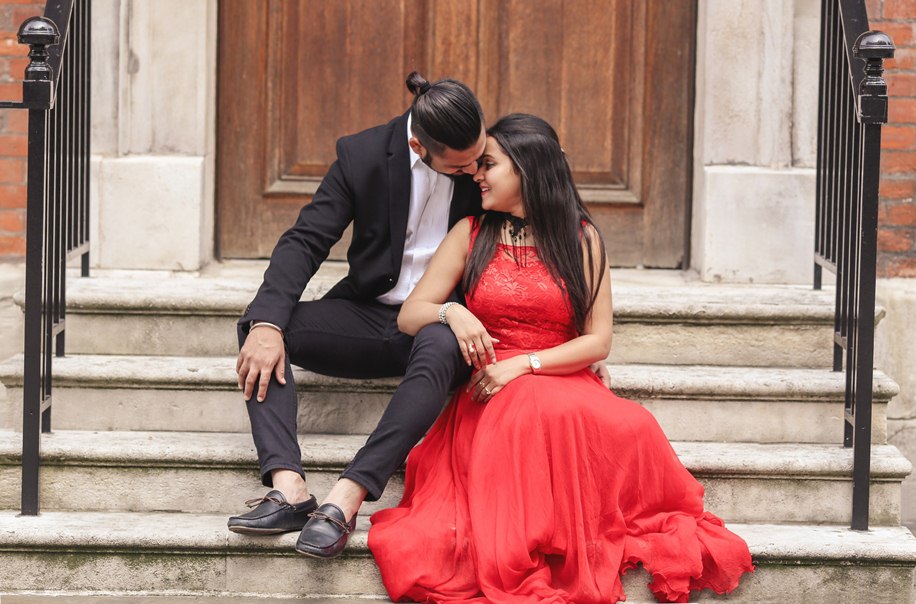 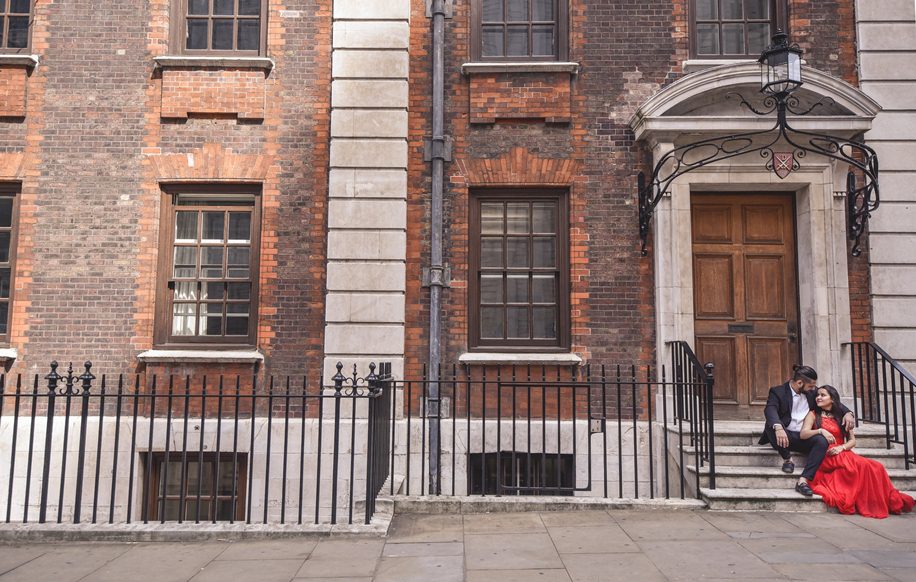 Cupcake Productions suggested a few themes to the couple and the four unanimously agreed on a striking black and red theme. They finalized three iconic locations across the city. The first one was irresistible, Shruti says, “St Paul’s Cathedral is awe-inspiring and represents a fascinating history of London. It has breathtaking wide-views and we were floored by its grandeur. We managed some spectacular pictures in the area around the cathedral as well.” Then they went to Tower Bridge, in the heart of London, across the Thames, an imposing landmark. “It’s any couple’s favourite,” Shruti says, “So we shot there and ended the day on the streets of London near Trafalgar Square because we wanted a touch of rawness to the shoot.” 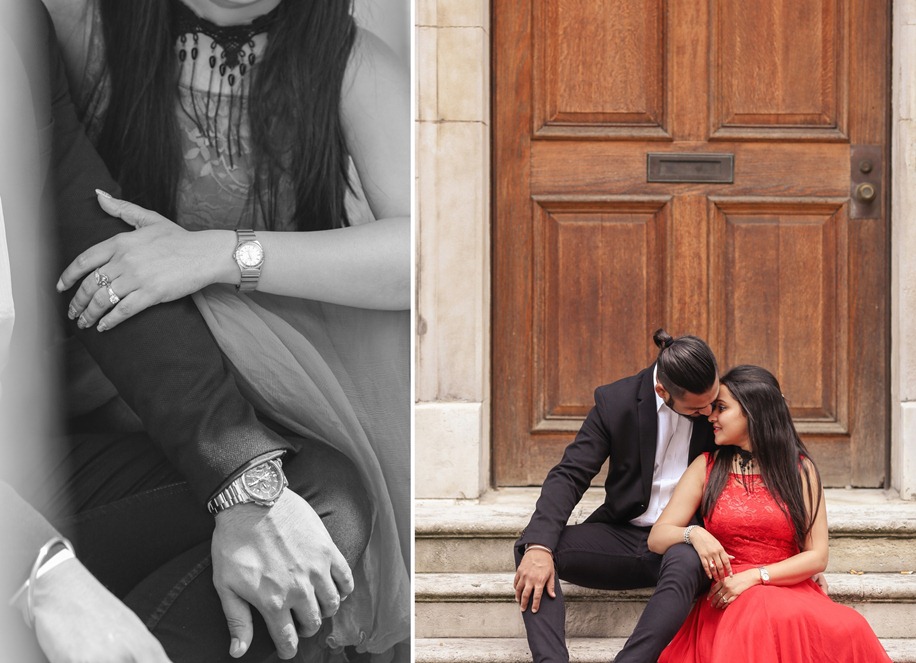 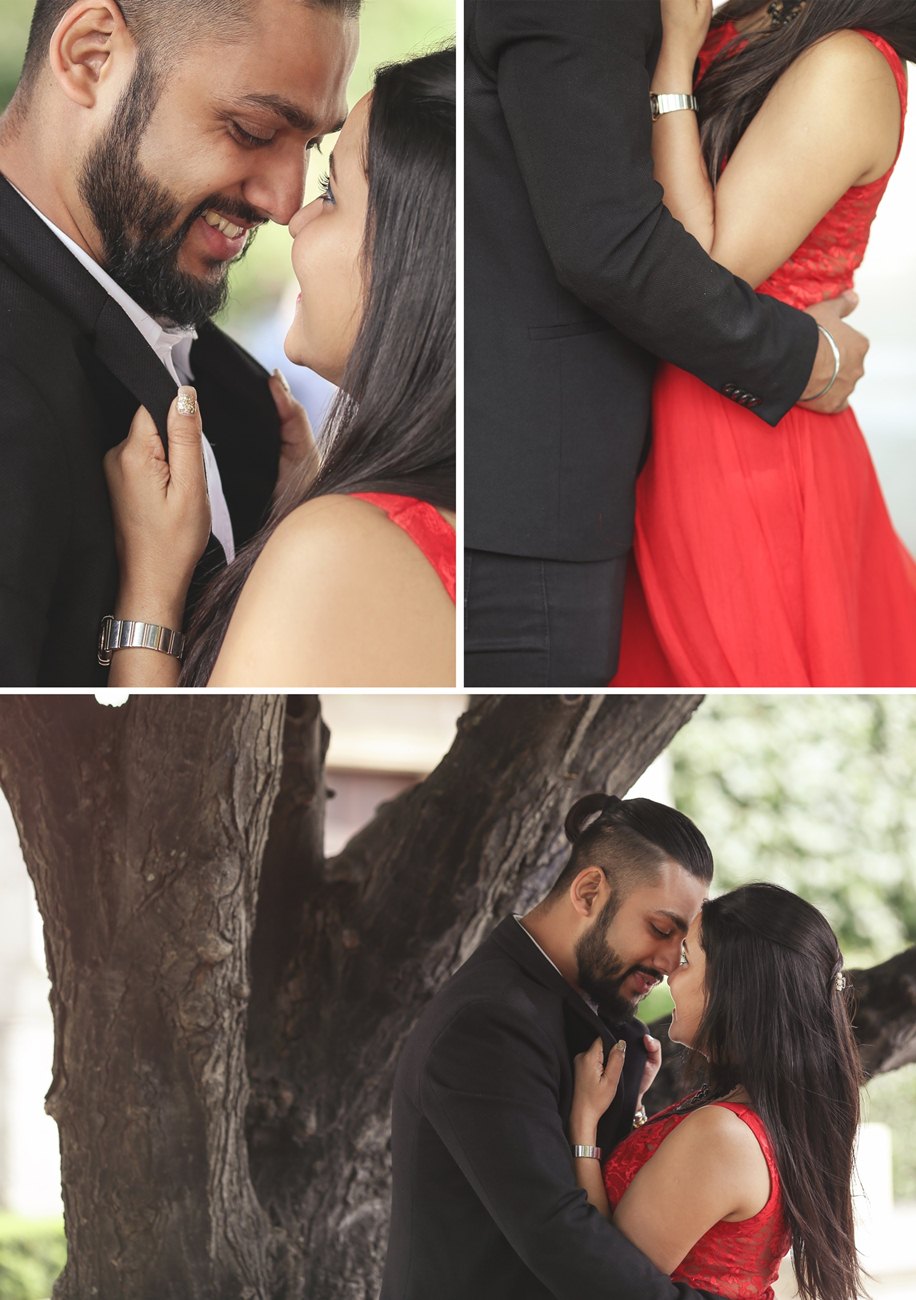 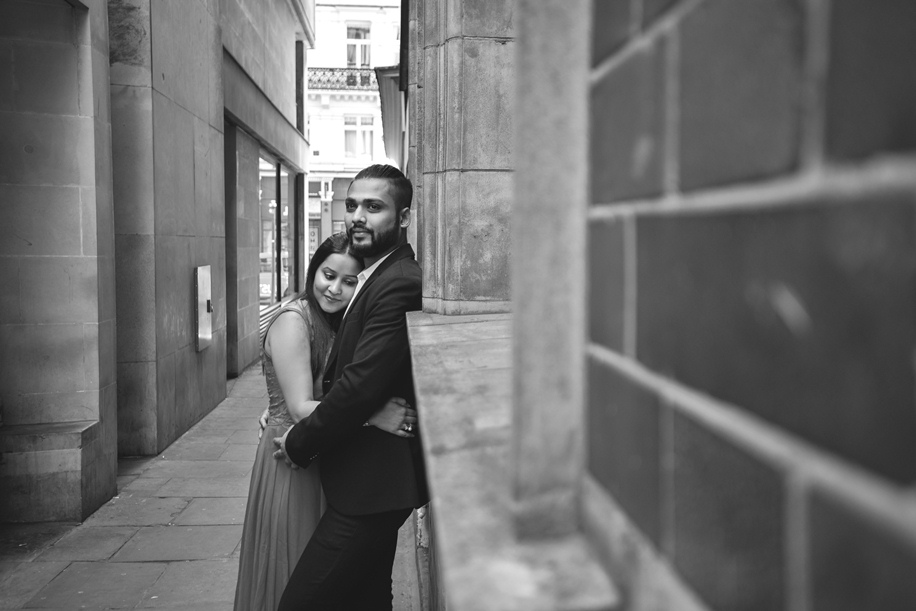 For Neha and Ramit, the experience was scintillating, like a fairytale came true! She says, “We loved the way all our special moments are beautifully captured by the Cupcake duo. Really, it was stunning!” The couple are also pleased they trusted the photographers on choice of location and concept, “The result is there for everyone to see,” they say, “Cupcake Productions seems to have this magic wand that makes your moments look timeless – it makes you feel special, in love and excited all over again. We can’t thank these magicians enough for an absolutely fun and memorable pre-wedding experience.”

This entry was posted on Friday, September 16th, 2016 at 4:36:18 pm and is filed under Pre Wedding Photoshoots, Wedding Photography & Films. You can follow any responses to this entry through the RSS 2.0 feed. Both comments and pings are currently closed.