Rekha and Vijay Mallya to host daughter’s Wedding in Bali 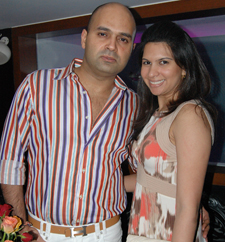 Three of South India’s top industrialists are hosting their daughter’s marriage in June. Lakshmi, daughter of TVS Group’s Venu Srinivasan is marrying Rohan Murthy from the Infosys clan, Mallika, daughter of Sanjay Reddy of GVK Group is marrying Sidharth Indukuri in Hyderabad and Laila, daughter of Rekha and Vijay Mallya is marrying in Bali. Laila and her fiancé Samar Singh, 35 have known each other since a few years and they got engaged in Bangalore this year. The intimate wedding celebrations are between June 18 and 20 at the Ayana Resort and Spa (earlier known as the Ritz Carlton).

Samara Melwani, our correspondent in Jakarta tells us more about Ayana Resort: “It’s one of the most sought-after luxury wedding venues in Bali, and every year they host a few grand Indian weddings mostly of families from Dubai, Jakarta and Singapore. Not sure if Laila and Samar’s wedding will be a traditional shaadi or why the Mallyas picked Ayana, but one of its strengths is that their staff are considered very capable at managing Indian Weddings. Ayana is also a dream locale thanks to their ‘wow’ space—the Rock Bar on the Cliff.”

Rekha, Vijay Mallya’s wife was earlier married to Shahid Mahmood, with whom she has two children, Laila and Kabir. Sidhartha, is Vijay Mallya’s son from his first wife Samira. Laila, who is adopted by Vijay Mallya studied at University of Bentley, Boston, after which she set-up a Fashion & Accessories business in the US. She returned to Mumbai in 2009 and her first job here was Executive Assistant to the then IPL Chairman Lalit Modi. Samar studied at GD Somani School in Cuffe Parade, and after graduating from Sydenham College, he worked in Tanzania; he now manages a newly set-up Stock Trading/ Finance business in Mumbai.

We hope we don’t just get to see the photographs of the wedding but also get to see it on ‘Big Fat Indian Wedding’ (even though this is not a Big Fat Wedding but an intimate affair with less than 250 guests), the program produced by Mallya’s television channel NDTV Good Times.

This entry was posted on Tuesday, May 24th, 2011 at 1:52:25 am and is filed under Celebrity News. You can follow any responses to this entry through the RSS 2.0 feed. Both comments and pings are currently closed.