Rekindling Romantic Memories with a Pre-Wedding Photo Shoot in London

Shreya and Nikhil’s friendship first started in London, so they decided to head back there for the pre-wedding photo shoot that had them posing in the buzzing city’s beautiful spots, from lush parks to urban landmarks. Paris might have the honor of being seen as the most romantic city in the world, but London definitely gives the French capital a run for its money.

Shreya and Nikhil and the Rahul Jagani Photography team managed to capture the essence of London in a stunning photoshoot which they managed to pull off despite the shifting weather conditions. Here, Shreya shares some moments of the five-day experience. 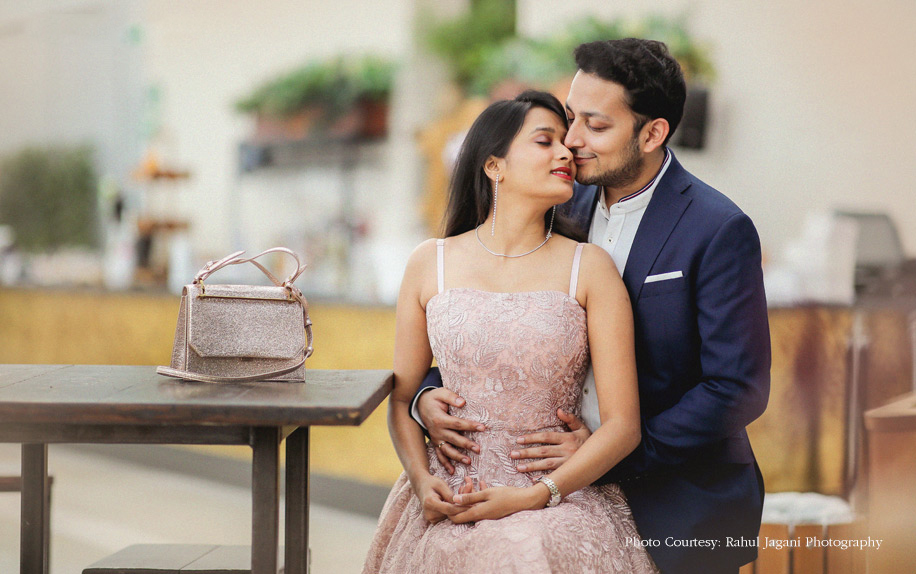 How We Met
“I met Nikhil through a mutual friend in London while we both were studying there and instantly became the best of friends. He moved back to India early as his course got over and our long-distance relationship started over the phone.” 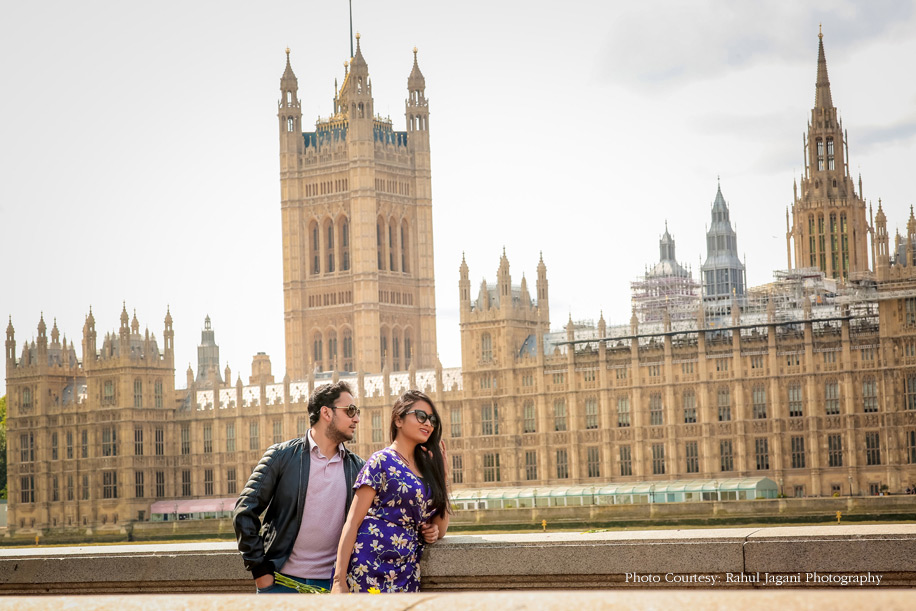 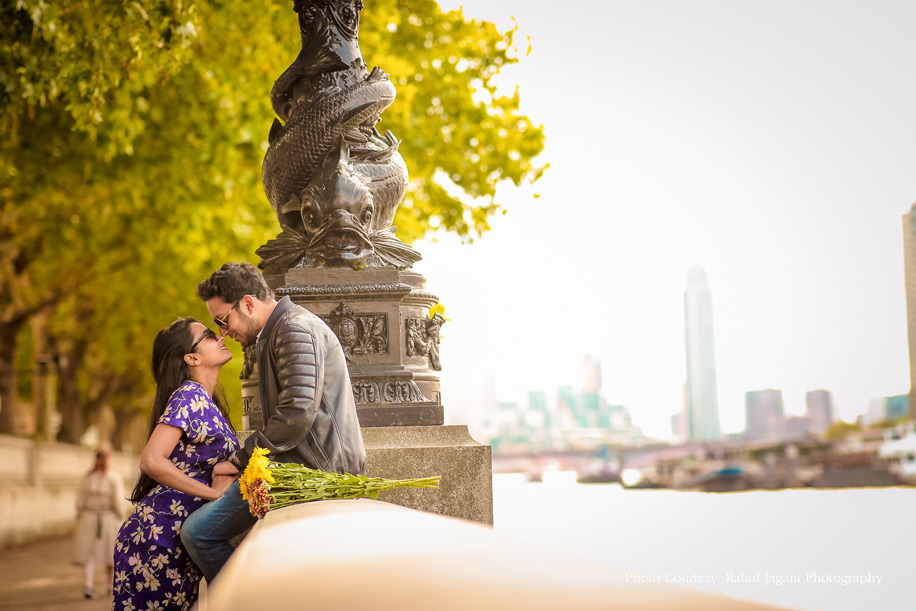 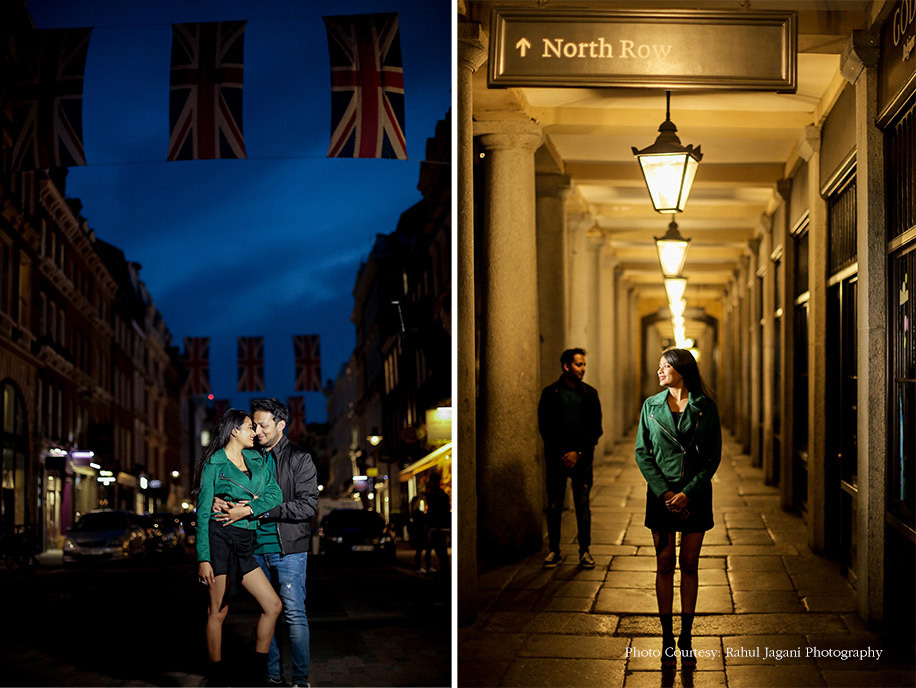 The Proposal
“There was a super formal proposal. Nikhil had planned a trip to Dubai to propose to me and had popped the question over a dinner date at the Atmosphere, Burj Khalifa. Initially, he had booked a private yacht to propose to me outside the Burj al Arab, but due to high tides, he had to change his plans.” 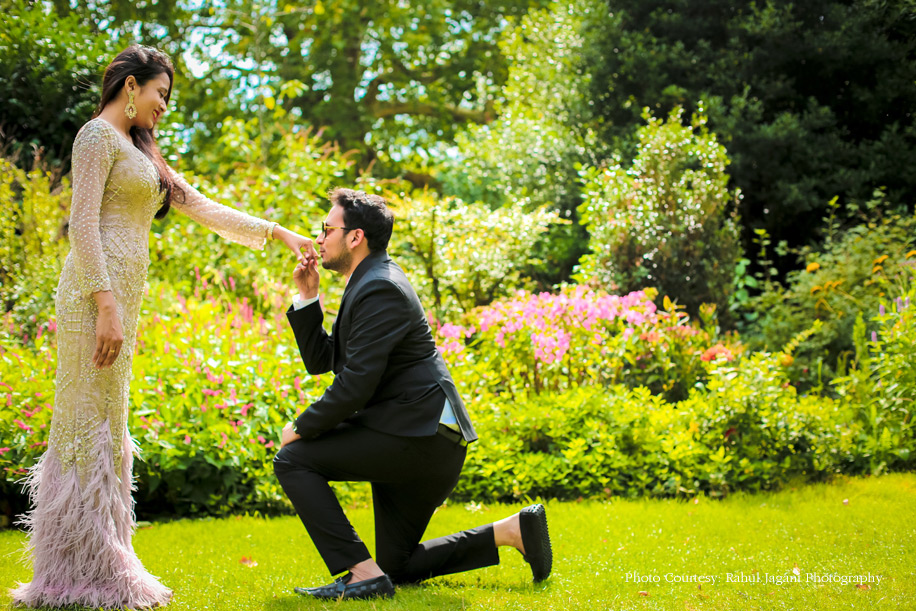 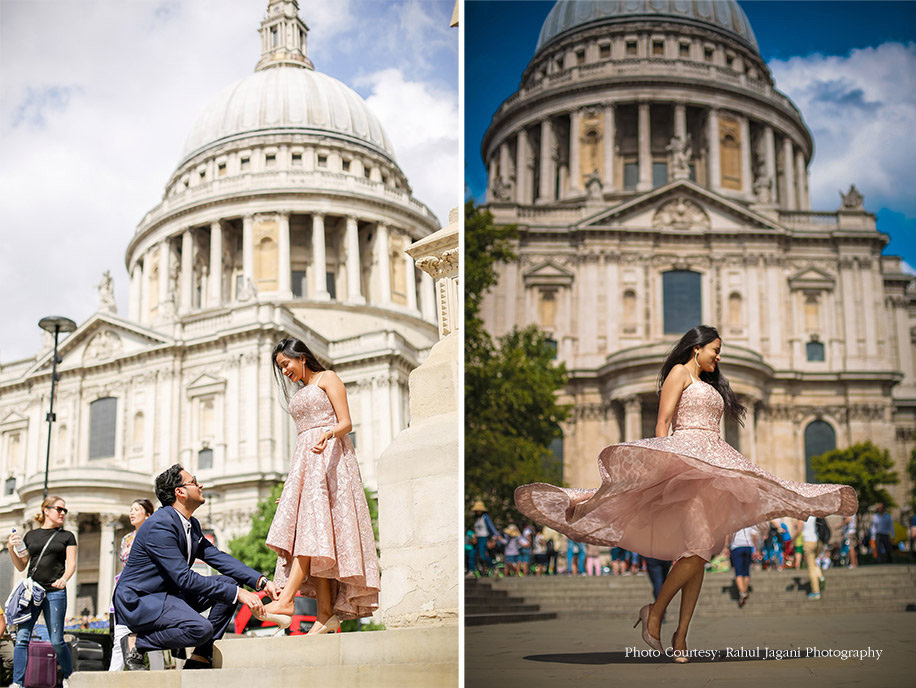 “Since everything started in London, we decided to shoot our pre-wedding shoot there and relive our memories. After contacting lots of photographers, we found Rahul Jagani via his YouTube posts. Having lived in London for long, Nikhil and I knew every nook and corner of the city and had already shortlisted ample locations before starting the shoot. We shot in around 12-15 different locations in many different attires. Our shoots lasted for 10-12 hours all through the five days. We didn’t go all romantic with our theme because we wanted to keep the fun element intact. We mixed up our formal looks with casual, fun and chic ensembles to keep things real. I didn’t hire any makeup artist and hair stylist either and kept it all natural. We faced some weather challenges as we shot in August when winter was just setting in. We shot on extremely sunny days, as well on grey, rained out ones when the cold weather set in. Once while shooting at Hyde Park, it started pouring and I fell off the bicycle while riding but we continued shooting. Props like bicycles, hats and umbrellas were all locally bought in London, including our clothes from Balenciaga, Gucci, Ted Baker, Temperley London, Hollister, Christian Louboutin and Burberry, among others.” 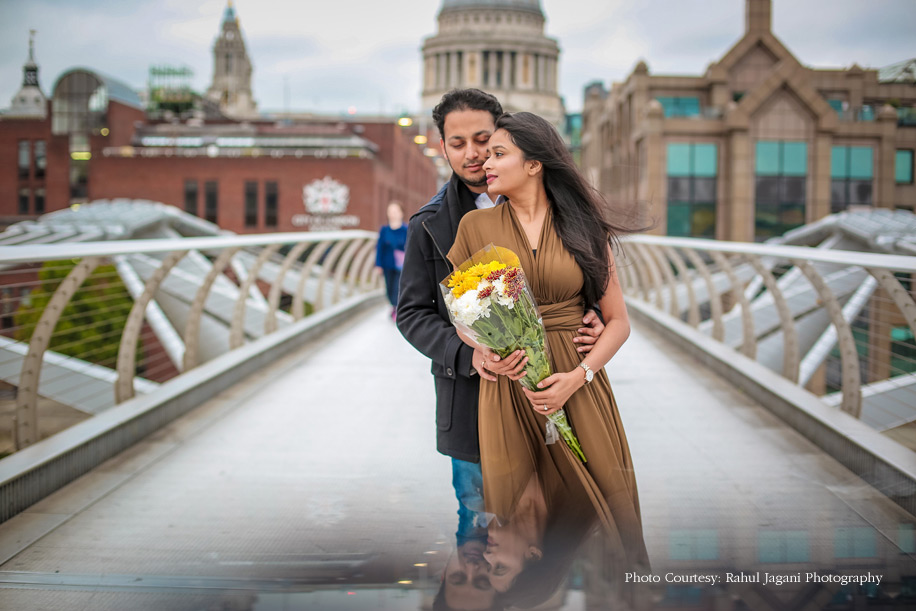 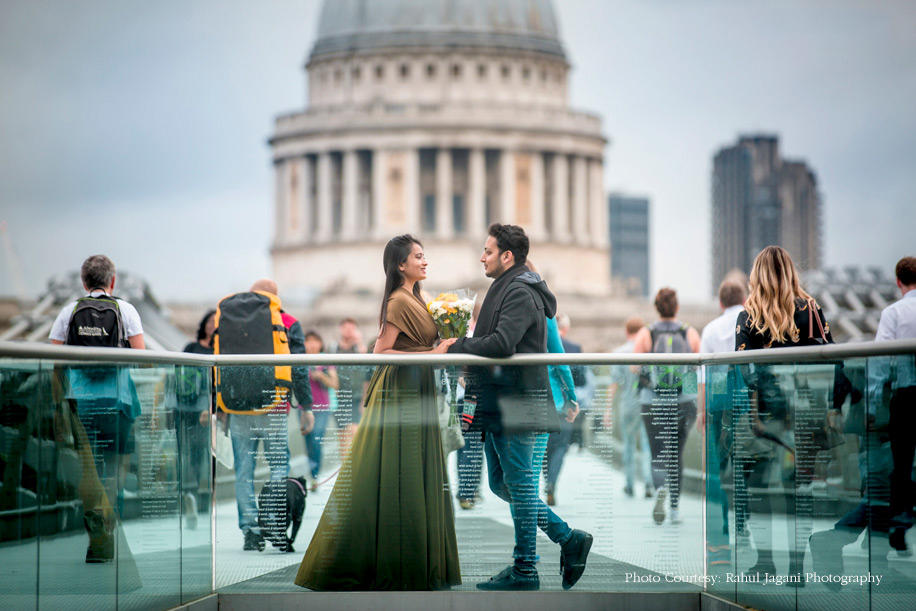 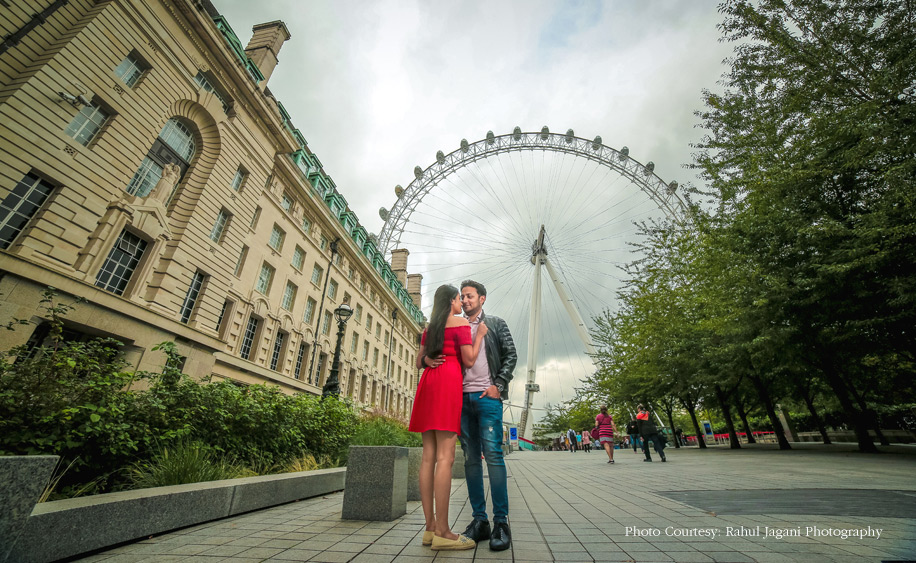 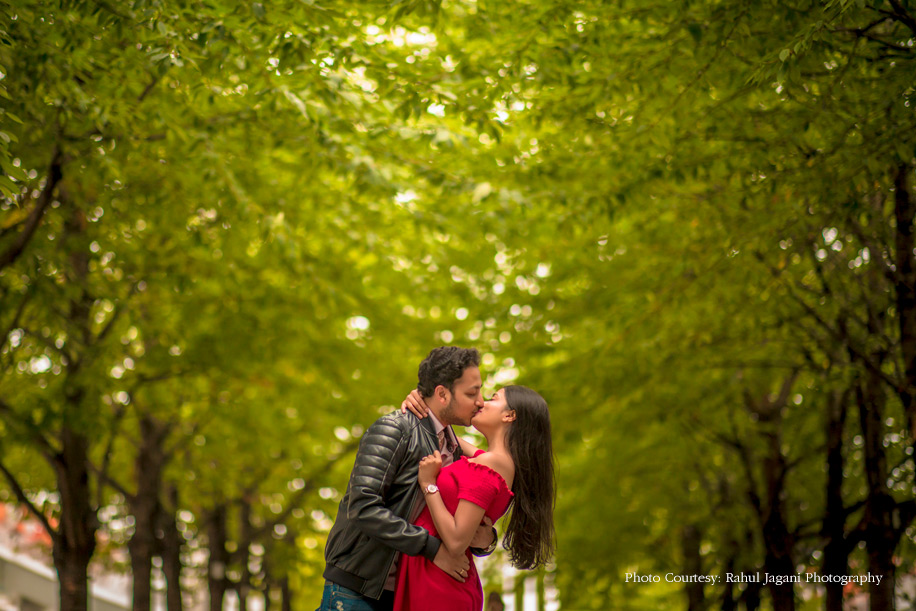 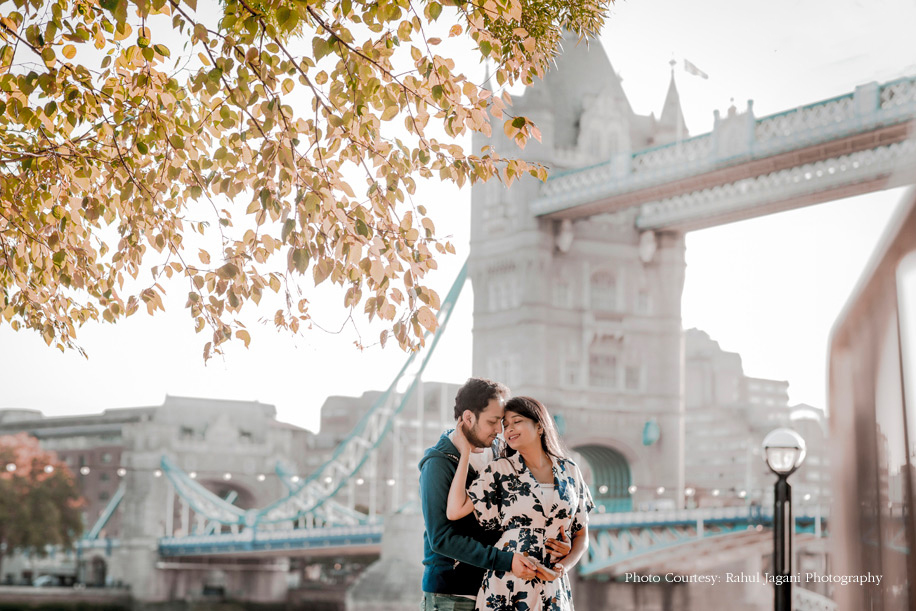 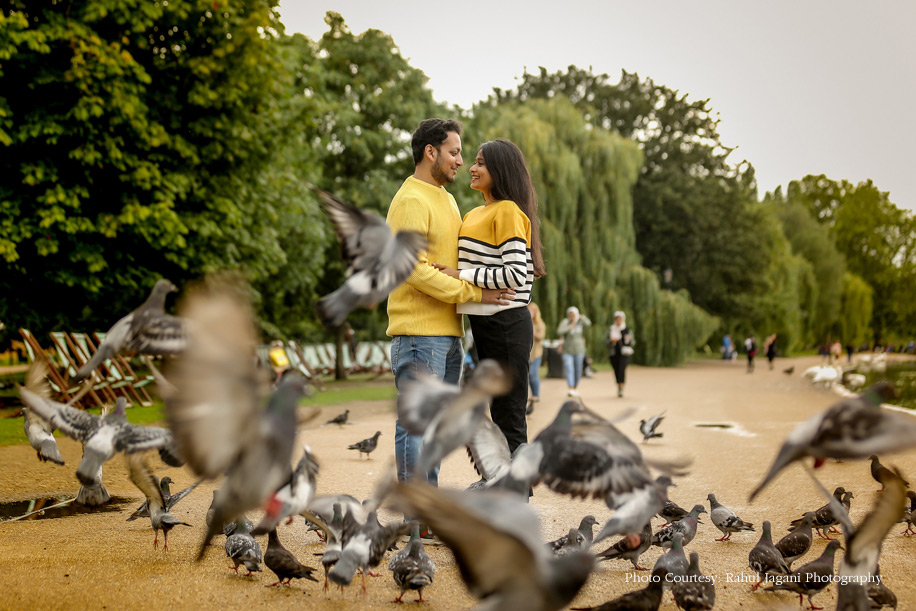 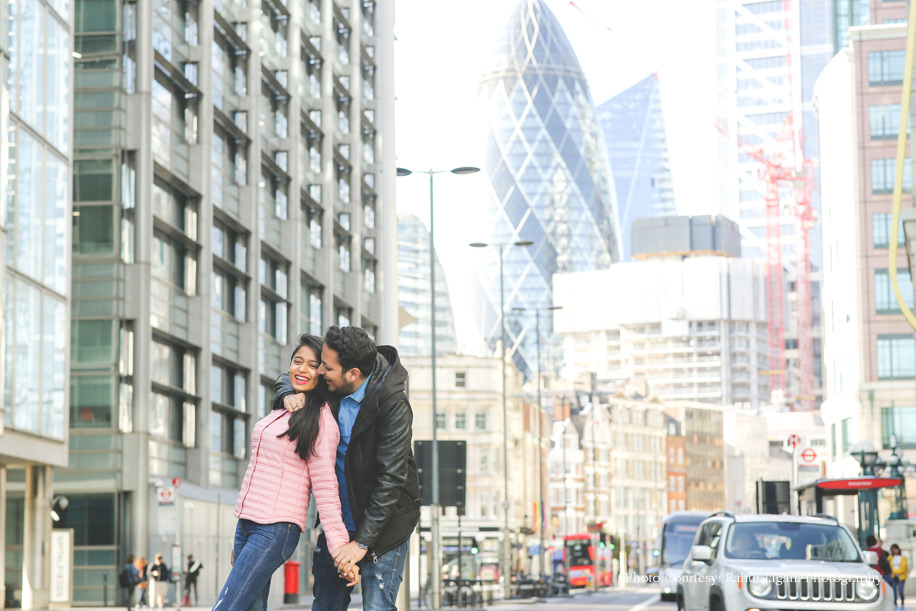 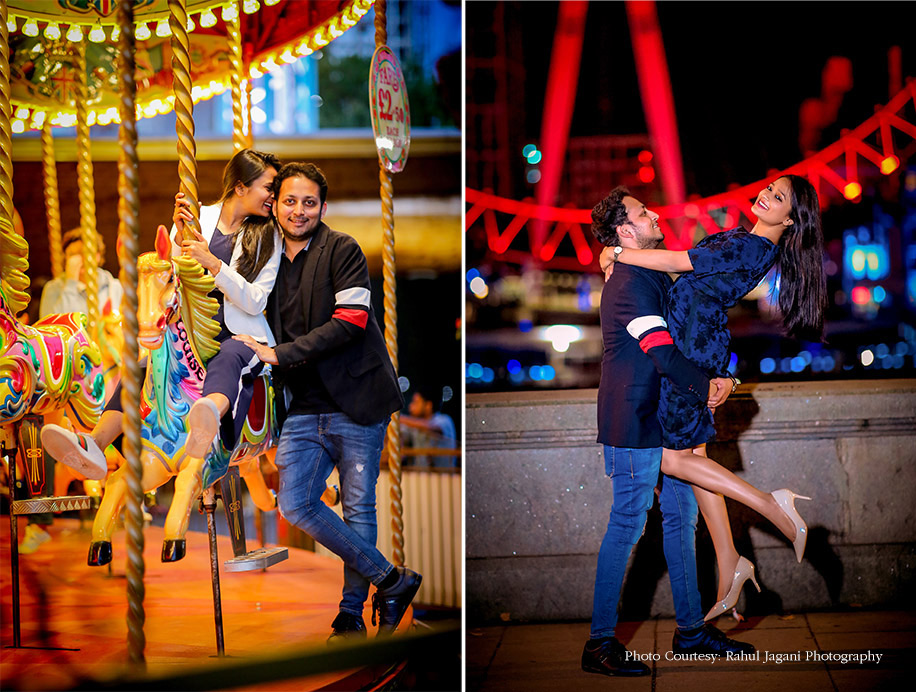 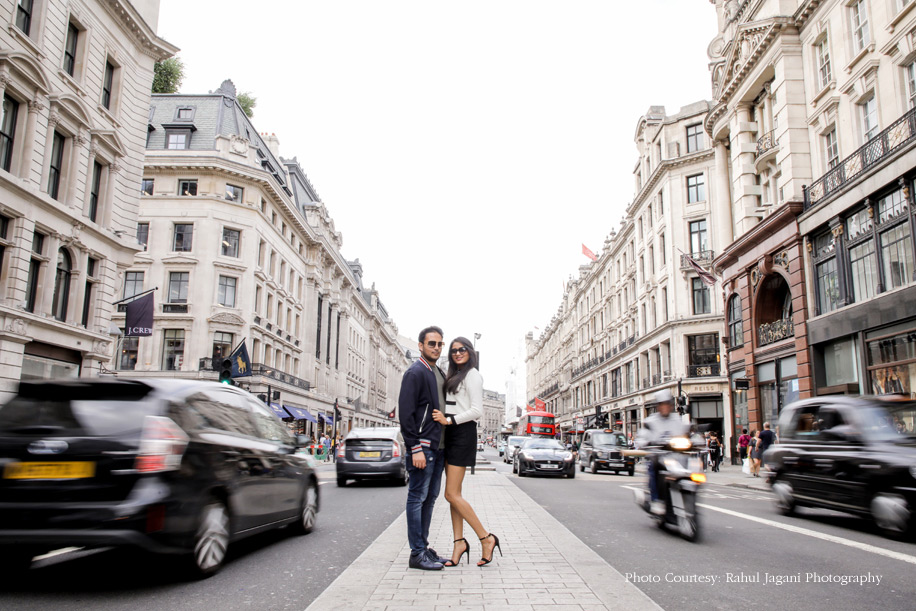 This entry was posted on Wednesday, November 28th, 2018 at 11:57:03 am and is filed under Pre Wedding Photoshoots. You can follow any responses to this entry through the RSS 2.0 feed. Both comments and pings are currently closed.