Rhea Kapoor, Athiya Shetty, Katrina Kaif, and other celebrities who are likely to get married in 2021

From proposals in Rishikesh or Maldives to intimate nuptials in palace hotels or luxury resorts, we bring you the most comprehensive update on upcoming weddings of Bollywood stars, biz heirs, and society couples.

B-town couples usually have long engagements or often surprise us with flash weddings, and the pandemic uncertainties may have made their plans even more ambiguous! While there isn’t much news on Alia Bhatt and Ranbir Kapoor’s wedding, there’s a little excitement around three other Bollywood couples- Katrina Kaif and Vicky Kaushal, Producer Rhea Kapoor and her boyfriend Karan Boolani, star daughter Athiya Shetty and cricketer KL Rahul. Not to forget the billionaire scion Anant Ambani who was expected to get engaged to Radhika Merchant in April 2020. Insiders tell us Athiya and KL Rahul’s families have planned an engagement for December and the wedding may take place next year while Rhea and Karan are keen on a simple wedding soon. Katrina and Vicky’s plans are hush-hush and there is no word from the Ambanis on Anant and Radhika’s marriage. 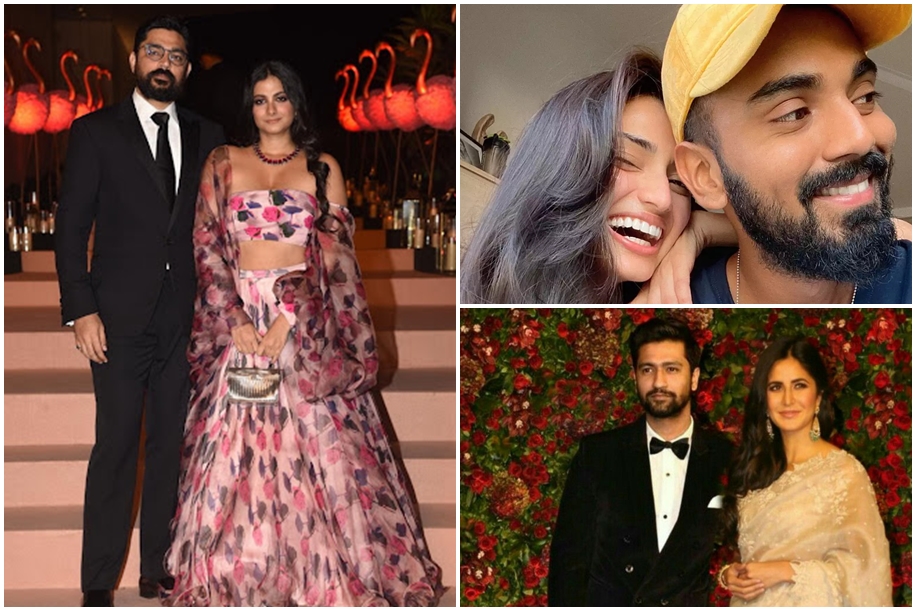 While some of these unions may happen next year, many other society couples and scions of big business families are going ahead with their nuptials in August and September. Hyderabad is looking forward to the wedding of Alfia Jafry (daughter of Hanan Jafry and Filmmaker Rumy Jafry) and Amir Haq, son of Hyderabad real estate baron Noor Haq. The wedding celebrations are in his city next week, family and friends of the Jafrys and Haqs will be checking into the majestic Taj Falaknuma Palace, Hyderabad for the three-day celebration to be orchestrated by Kraafted, a Mumbai-based luxury wedding planning firm.

Mithila Pawar, from Maharashtra’s well-known politico family, who started luxury salon ‘Blown’ in Colaba, Mumbai is tying the knot with Bengaluru builder Karan Virwani of The Embassy Group and WeWork India. The close-knit celebrations are at the Virwani owned Four Seasons Hotel in Bengaluru and the families are expected to host a post-wedding celebration at an international location.

Later next month two prominent corporate chieftains are hosting a destination wedding where major society and corporate heavyweights are expected– one celebration is at Taj Falaknuma Palace and the other at Taj Exotica Resort & Spa, Goa. 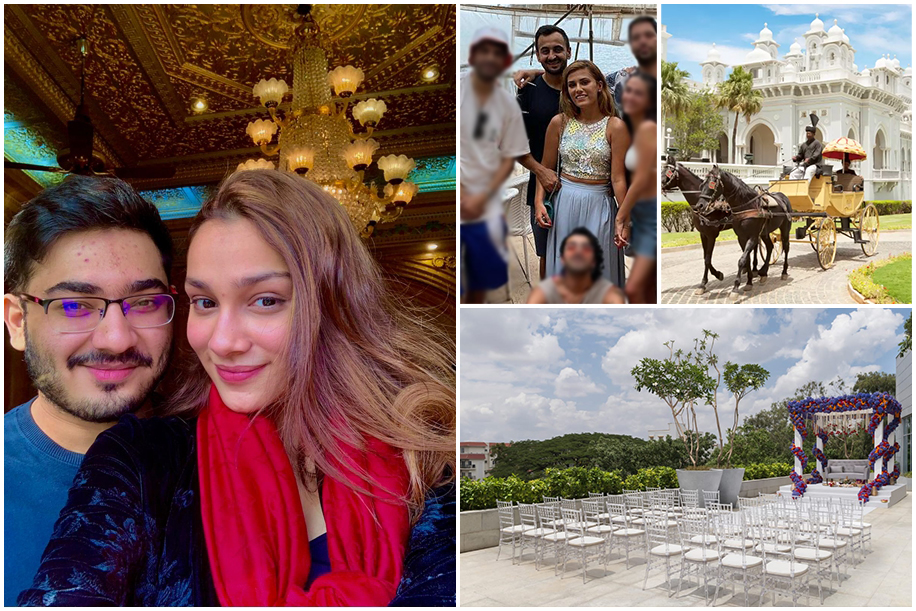 Lake Como will witness a glamorous Indian wedding after a long time when London socialite and shoe designer Aruna Seth weds Thomas at the A-list hotspot. Their lavish destination wedding had to be postponed twice due to the pandemic, so the couple had an intimate civil ceremony in London in August last year and the Indian wedding/ post wedding party is at Lake Como in September. 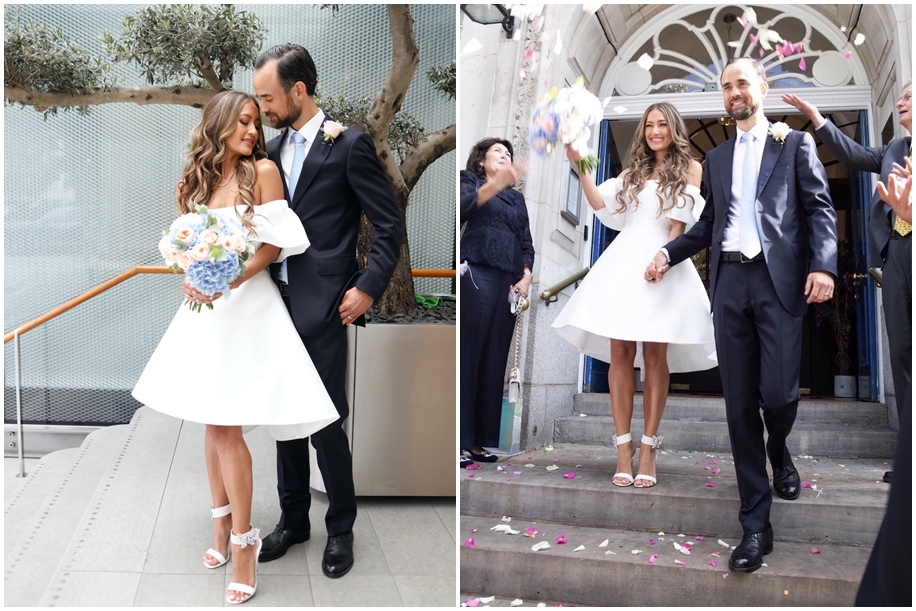 High-profile young entrepreneurs whose low-key engagement made a splash include Vanshika Goenka, founder of Kool Kanya and daughter of businesswoman Dipali Goenka. Vanshika’s fiance Aneesh Misra proposed to her in Ananda in the Himalayas, the top-drawer, five star spa in Rishikesh. Shahaan Bachooali proposed to Fashion Stylist Saanchi Gilani at the Taj Falaknuma Palace, not much is known about their wedding plans right now. The very charming Ghazalah Moloobhoy (from AS Moloobhoy Group) said “Yes” to Sobo businessman Nirav Mody in the Maldives and they’re planning a destination wedding in February next year.

Actress Ankita Lokhande and Bilaspur billionnaire Vicky Jain are finally tying the knot- according to their close friends they are having a grand wedding in Mumbai in December, and the planning is currently underway. 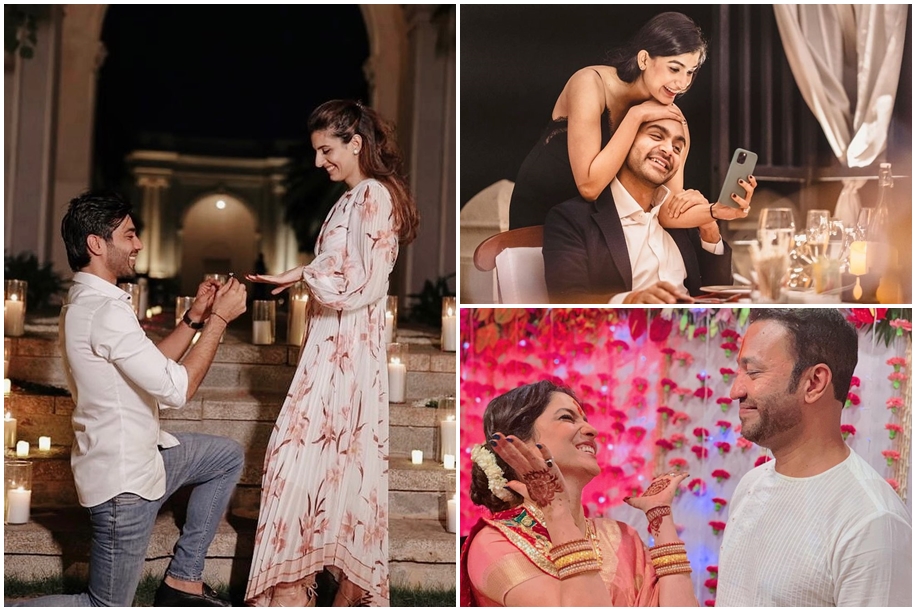 This entry was posted on Friday, July 30th, 2021 at 3:46:19 pm and is filed under Celebrity News. You can follow any responses to this entry through the RSS 2.0 feed. Both comments and pings are currently closed.