Right in the heart of New York at Central Park, this guy orchestrated a romantic wedding proposal

Nathalie and Justin, who had their first meeting virtually, started their relationship in the USA, where over the course of five years both of them experienced life together through all its ups and downs. However, when Justin had to pop the question to Nathalie nothing but the beauty of the iconic New York City would do! Here’s a look at how their dreamy proposal took place. 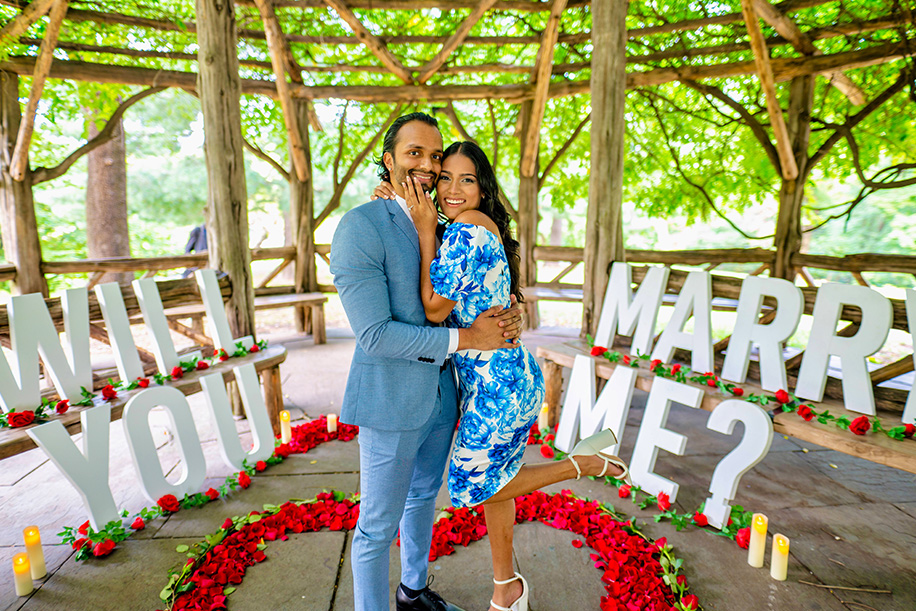 How they met
Nathalie recollects, “We first met five years ago on Skype where we had a video call for more than seven hours. The chemistry between us was instant and ever since, we haven’t looked back!” 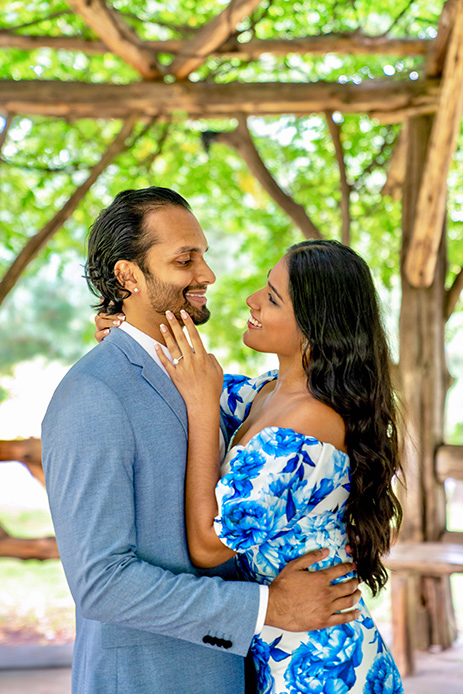 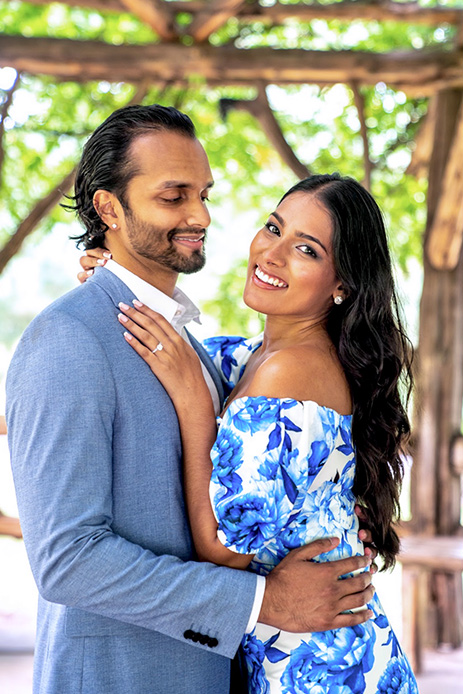 Proposal
After five years of being in a relationship, Justin knew that he had to make a unique statement when it came to popping the question to Natalie. So after a lot of contemplation, he zeroed in on New York where they’d spent most of their time together enjoying life. Eschewing the architectural grandeur, he chose the beautiful Central Park which boasts of idyllic views of the skyline while being surrounded by lush beauty. Hosted under a wooden gazebo which played peekaboo with the sun and with the letters ‘Will you marry me?’ around him, Justin went down on one knee in front of Nathalie who was absolutely spellbound. Nathalie shares, “It was an absolutely magical moment, and more so, since it was our five year anniversary too! We shed so many tears of joy. Justin truly outdid himself.” 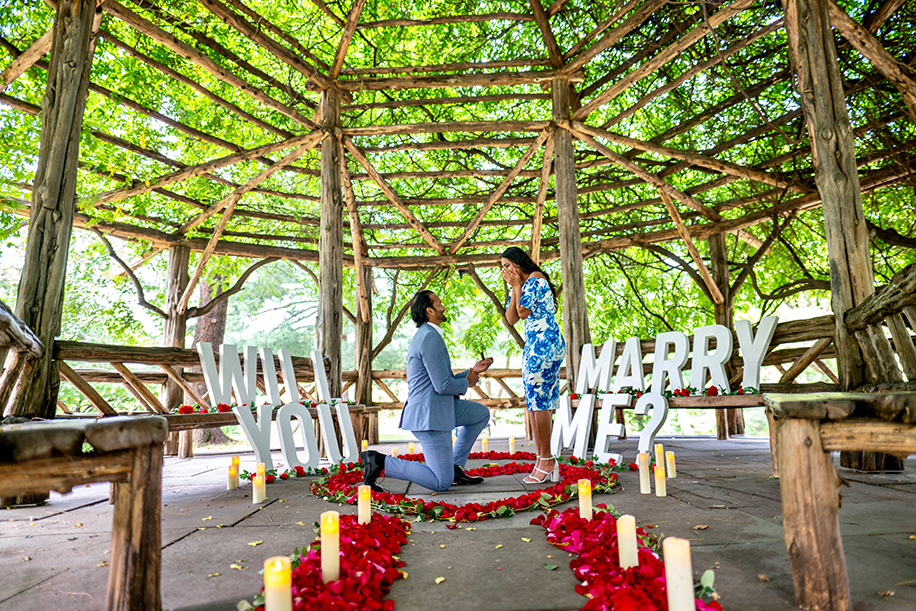 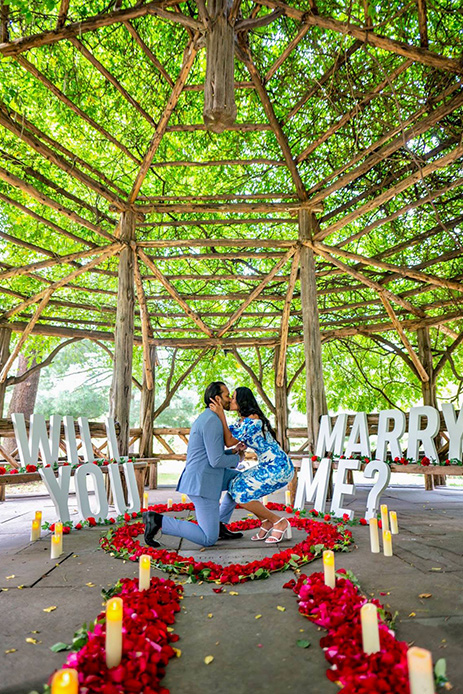 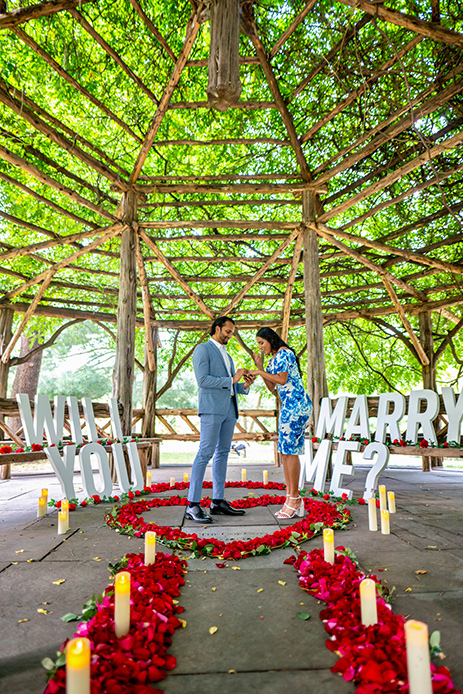 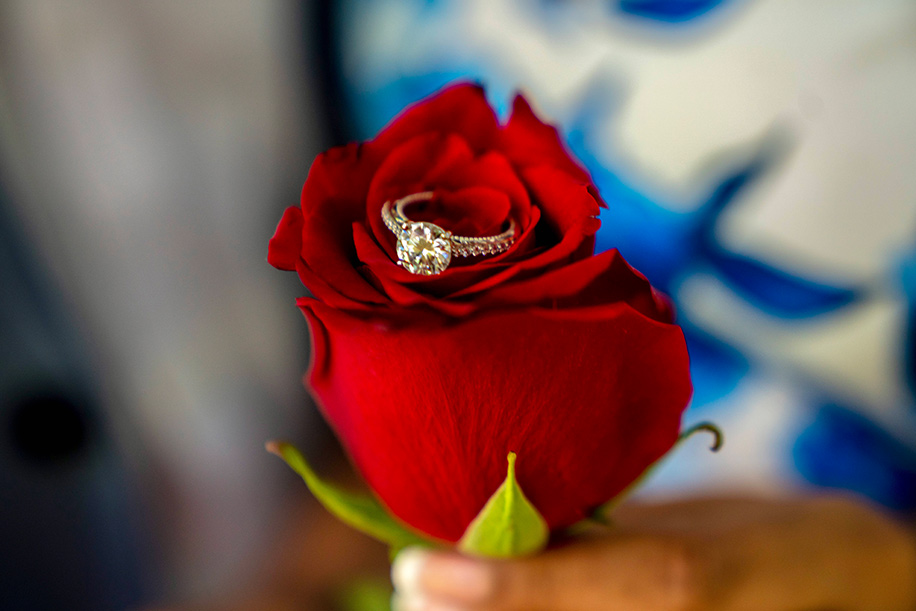 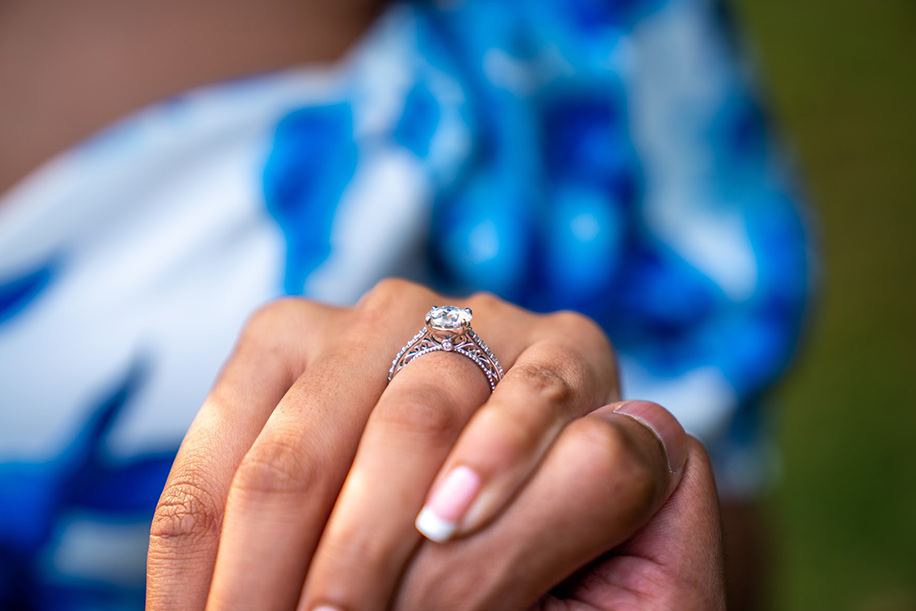 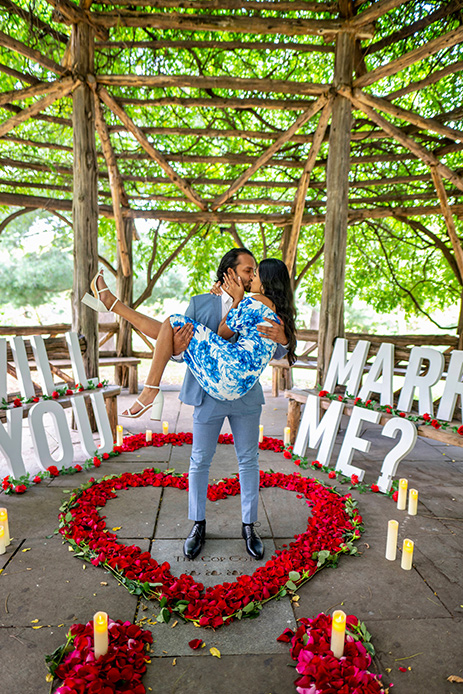 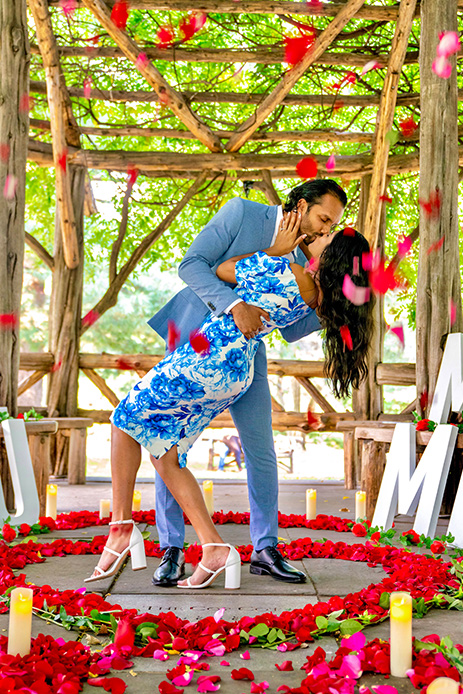 This entry was posted on Friday, October 23rd, 2020 at 10:31:43 am and is filed under Wedding Proposals. You can follow any responses to this entry through the RSS 2.0 feed. Both comments and pings are currently closed.