Rosrin Kalra and Anand Thakral are of Indian origin, but born and bred in Bangkok, Thailand. Rosrin tells us about her pre-wedding shoot and how she planned her wedding.

How we met
“We were part of a big group of friends and used to hang out,” Rosrin begins, “But slowly we became closer and closer and hung out on our own, going out to dinner together.” She says the couple eventually had to ask themselves, “What is this? Where is this going?” Anand took the lead, “One day during dinner, he just asked me straight and from then on, we officially started dating,” she remembers. “Our parents (being parents) already had a hunch where this was heading. So after dating for a year and a half, we decided to get engaged in July 2014.” 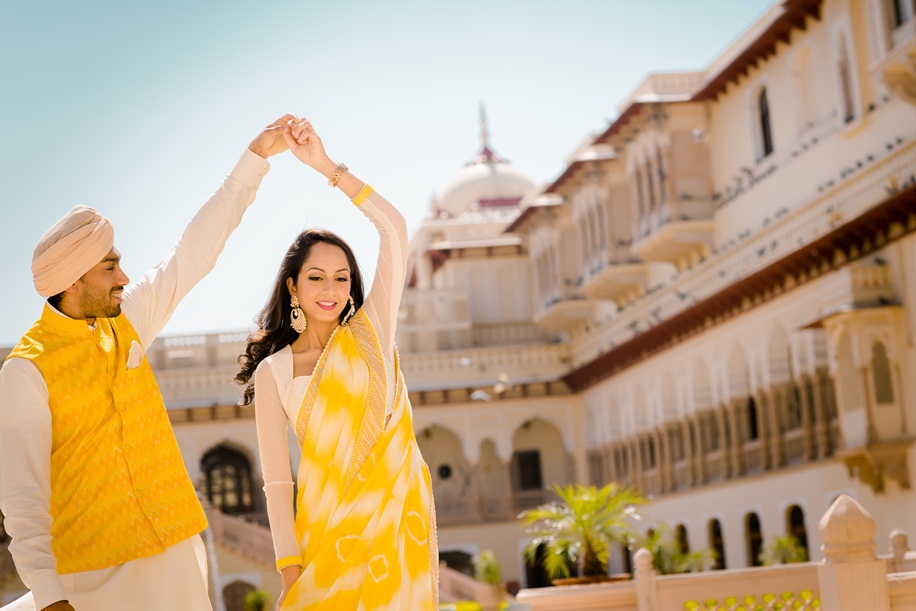 Wedding Planning
The couple decided to spend 2015 doing the delightful job of planning for their wedding. “The entire year was dedicated to our wedding! We did two trips to India to shop for clothes, props and took a trip to The Rambagh Palace for our wedding shoot,” says Rosrin. The bride acknowledges that it was a lot of work but on the day of the wedding, when it all came together beautifully, she realised it was worth all the personal effort, “We always felt it would be more personal to us and we really wanted to be part of the process.” 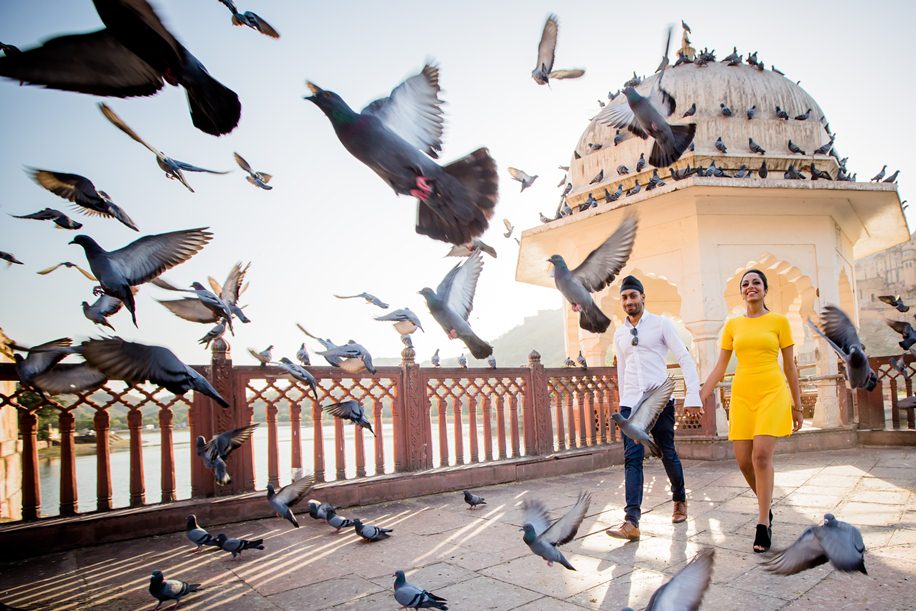 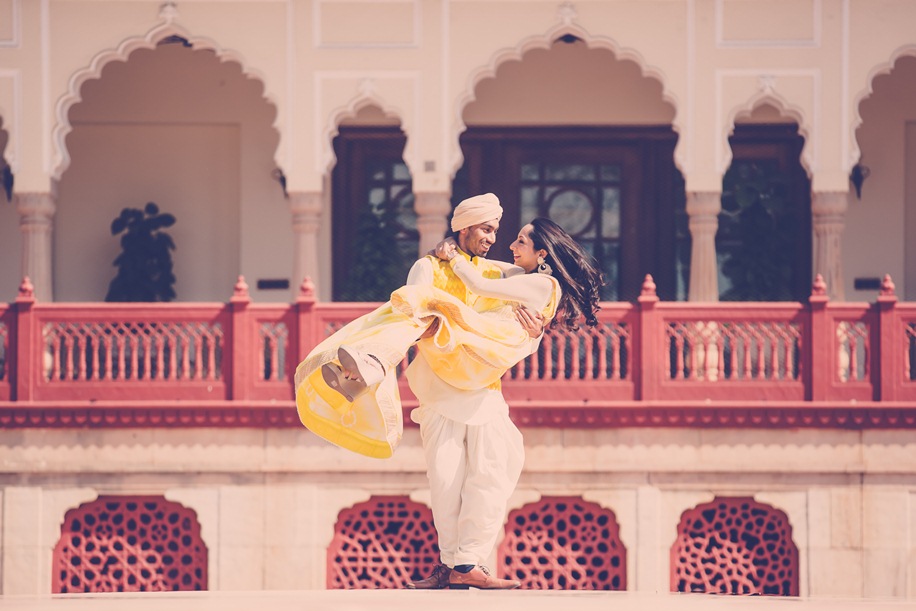 Pre-Wedding Shoot
The pre-wedding shoot venue was chosen for its heritage and what it signified, “Rambagh Palace is so grand and beautiful and has stood the test of time because of the loving care that preserved it. We felt it resonated with what a marriage should be like – something meant to last forever, no matter what happens, must be treated with love and care.”

Rosrin was treated to a big surprise when on their last night there, Anand organized for them to drive up the lawn of the palace in an antique car, walk on a path strewn with petals to a tent with a view of the entire palace where a private dinner was set up. She was caught offguard, when as they were walking back, Anand got down on one knee and formally proposed to his future bride. 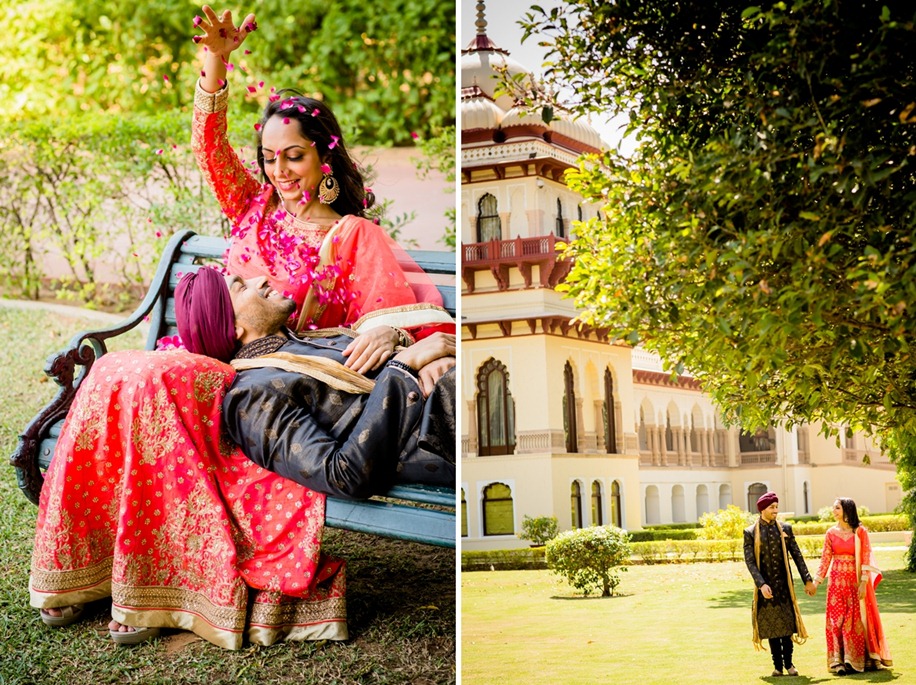 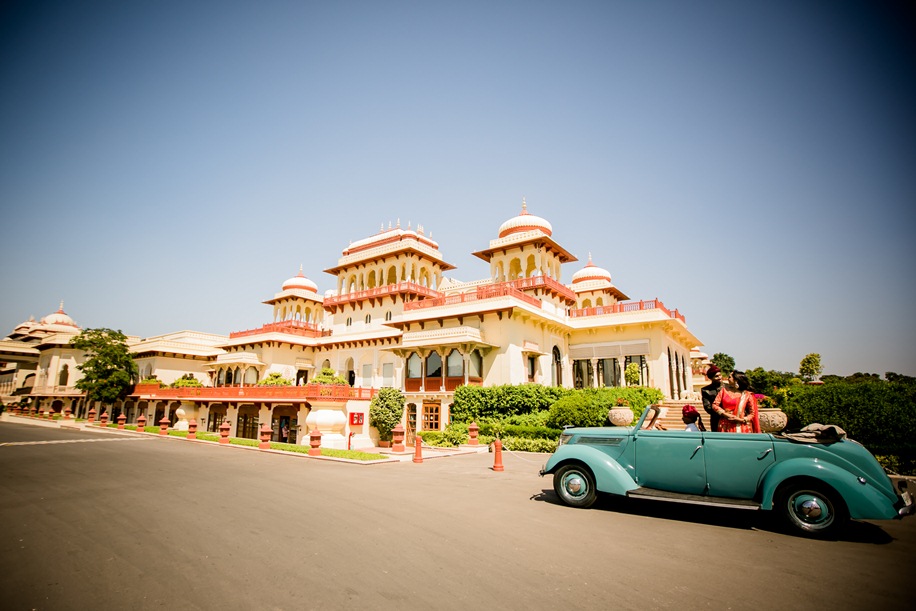 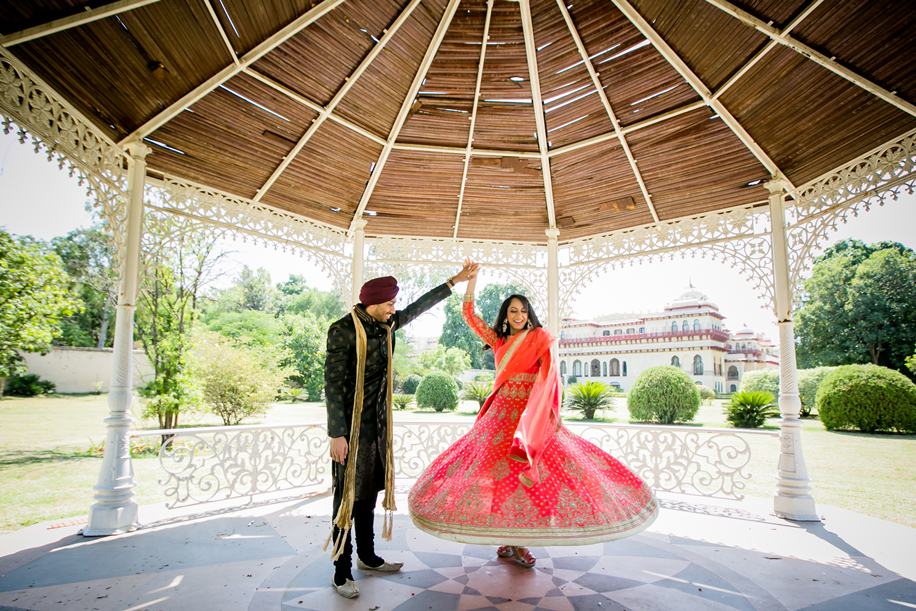 “Our wedding took place at the Marriott Rayong, Thailand in January 2016,” Rosrin says, “From the moment we saw the location and its setting, both Anand and I knew this was it!”

This entry was posted on Tuesday, August 9th, 2016 at 6:37:30 pm and is filed under Wedding Photography & Films, Wedding Planning. You can follow any responses to this entry through the RSS 2.0 feed. Both comments and pings are currently closed.