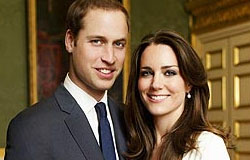 A month after announcing their engagement, Prince William and Kate Middleton released two official portraits, taken by famed fashion photographer Mario Testino. For their formal photo, the couple posed at the historic Council Chamber at St. James’s Palace, surrounded by portraits of William’s ancestors. Their second portrait was more casual; they broke royal convention and intimately embraced at the Cornwall Room of St. James’s Palace. 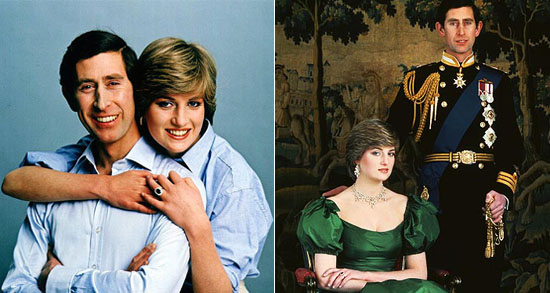 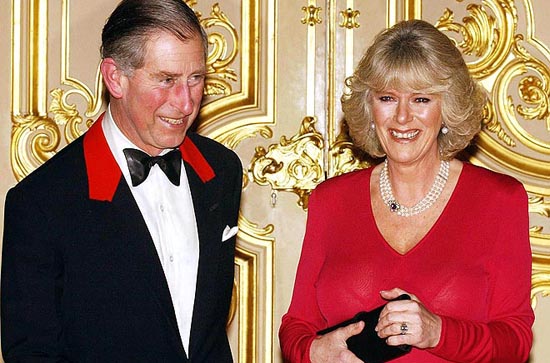 Prince Edward and Sophie Rhys-Jones
The couple engagement shoot took place at St. James’s Palace on Jan. 6, 1999. They got married on June 19, 1999.

Princess Anne and Mark Phillips
Princess Anne, Queen Elizabeth’s only daughter got engaged to her first husband Mark Phillips, a lieutenant in the Queen’s Dragoon Guards, in May 1973. She posed for a formal engagement photo but in a departure from protocol, the couple, who shared a love of horses, took their informal picture not in the royal spaces, but in a lush meadow with a black Lab.

At 84, Queen Elizabeth is Britain’s oldest monarch, having ruled the throne since February 1952, when she was just 25 years old. 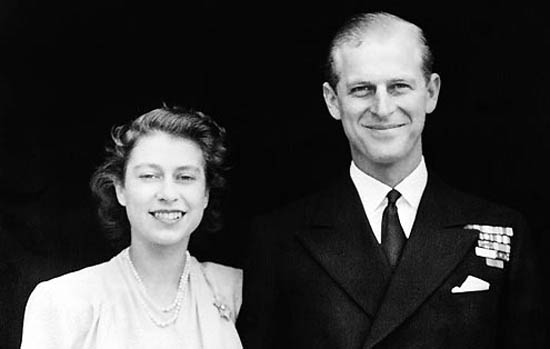 Queen Elizabeth and King George VI
After Queen Elizabeth (popularly known as Queen Mother) got engaged to Albert (Duke of York) on Jan. 18, 1923, they posed for a portrait at her family’s estate, St. Paul’s Walden Bury. The couple was known as the Duke and Duchess of York till 1936. When Albert’s brother Edward VIII abdicated the throne to marry an American Wallis Simpson, they were crowned the King and Queen.

This entry was posted on Monday, April 25th, 2011 at 10:21:51 am and is filed under Celebrity News. You can follow any responses to this entry through the RSS 2.0 feed. Both comments and pings are currently closed.