Ravi, son of Media Mogul Gautam Adhikari of SAB TV tied the knot with his childhood sweetheart Rubaina Gajiyani. The celebrations commenced with an intimate family Sangeet, after which was the traditional wedding and finally a grand reception at the Poolside Lawns of Hotel Taj Lands End.

When we met Ravi and Rubaina at their pre-wedding shoot at his family home Adhikari Villa in Juhu, we asked Ravi how he met Rubaina. The shy groom smiled and replied. “Ask Rubaina”. His to-be- bride was only too happy to tell us more. “We met at Tuition classes. We were both in the eleventh standard, a year later Ravi evinced his interest in getting to know me. Only later did he tell me it was love at first sight.” Two years ago, we interacted with the Adhikari family when Ravi’s sister Urvee married Karan Vyas. This time Urvee spoke excitedly about how much more fun it was to plan her brother’s marriage. “In fact”, adds Urvee, “Now I am seriously toying with the idea of becoming a Wedding Planner. But I guess planning your family member’s wedding is quite different from doing it professionally.” 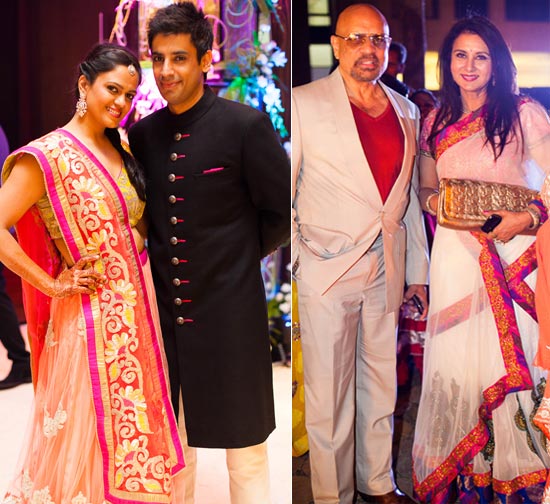 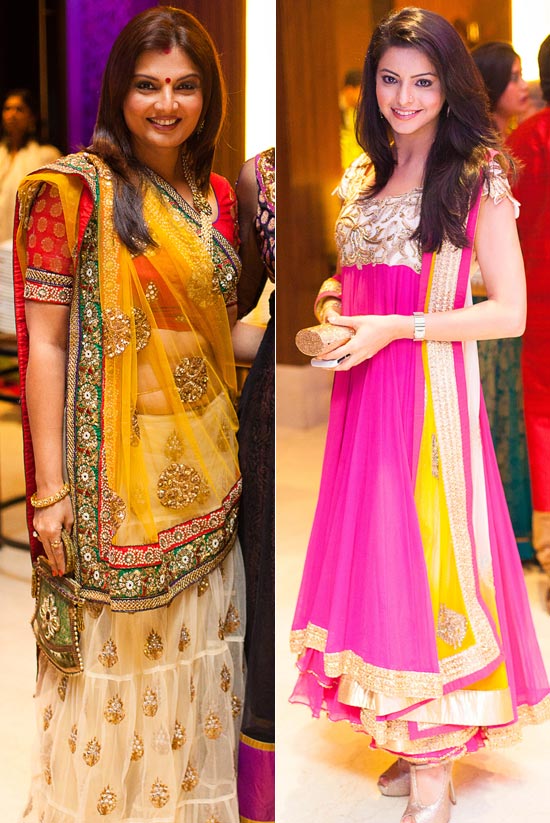 Ravi and Rubaina’s Reception at the Poolside Lawns was held on a breezy night at Mumbai’s most popular Wedding Reception venue. Chhagan Bhujbal like Gautam Adhikari, known to be a stickler for punctuality, was the first guest to arrive. Gautam Adhikari and all the family members were there at the venue at 8.00 pm sharp, and while most guests trooped in by 9.30 pm, many other guests couldn’t come till 10.00 pm thanks to the Friday evening traffic and the celebrations continued till midnight. 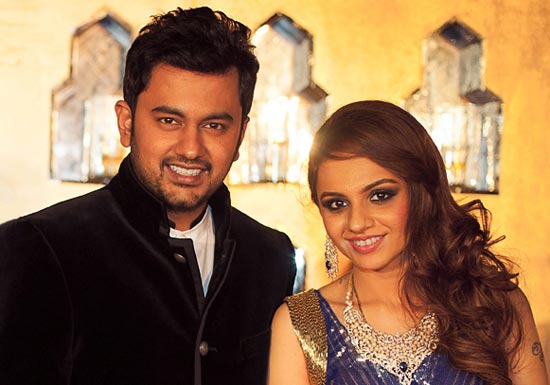 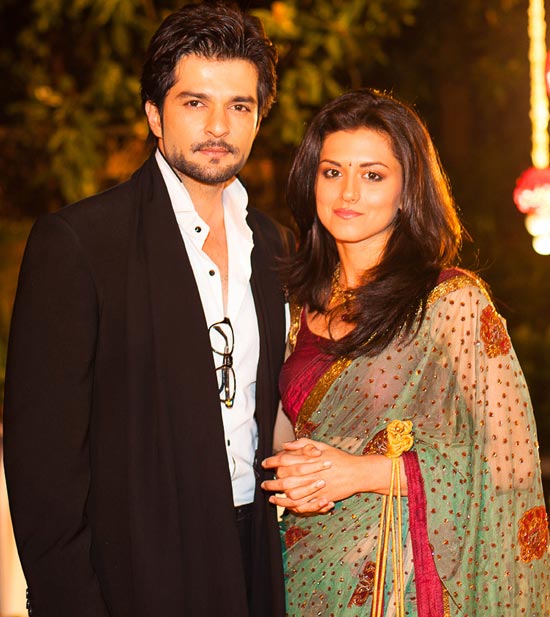 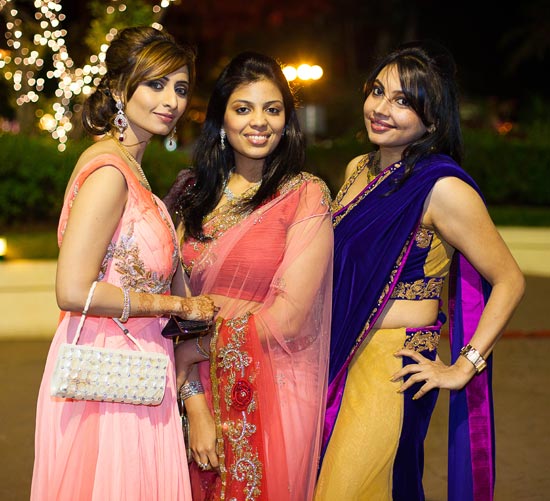 This entry was posted on Thursday, January 24th, 2013 at 8:40:53 am and is filed under Celebrity News. You can follow any responses to this entry through the RSS 2.0 feed. Both comments and pings are currently closed.