Playback singer Amrita Kak, daughter of Rajasthan Tourism minister Bina Kak got married to Riju Jhunjhunwala on May 29th. The traditional Rajasthani wedding was held at Bina Kak’s official residence in Jaipur and was attended by a host of Bollywood personalities. Katrina Kaif came for the Mehndi function, while Salman danced at the Sangeet and performed the bride’s brothers duties at the Wedding. Amrita wore a red lehenga with traditional gold jewellery and opted for a simple look with less makeup. Riju Jhunjhunwala looked dashing in a colorful turban.

Riju Jhunjhunwala who is the Joint Managing Director of Rajasthan Spinning and Weaving Mills, hosted a pre wedding party on 15th May in Delhi, and both families hosted a post wedding reception at the Taj Palace Hotel, Delhi on 3rd June. 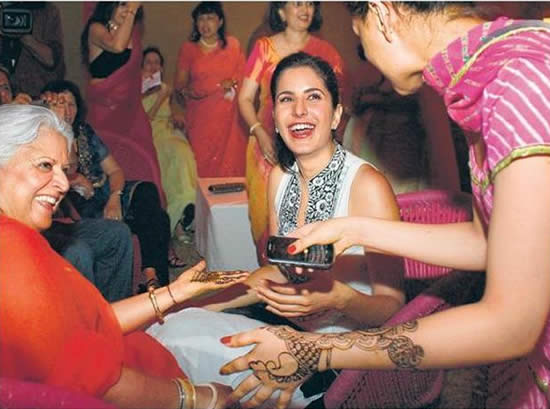 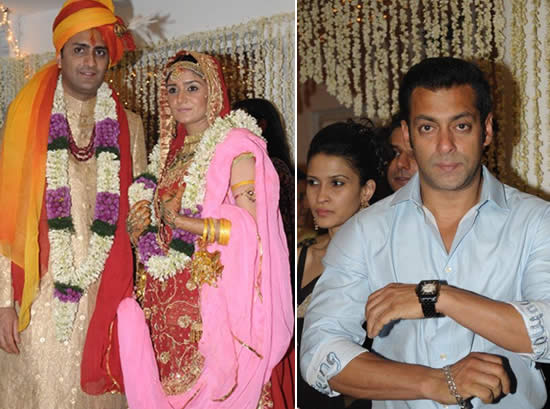 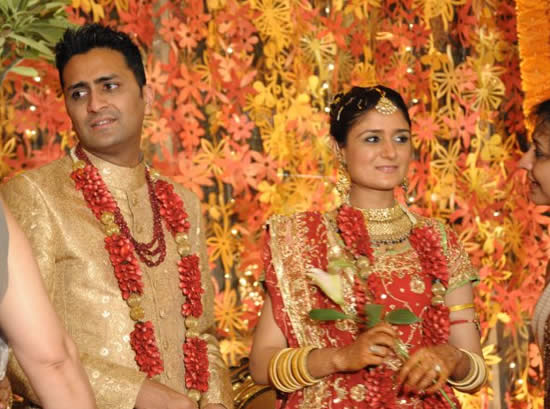 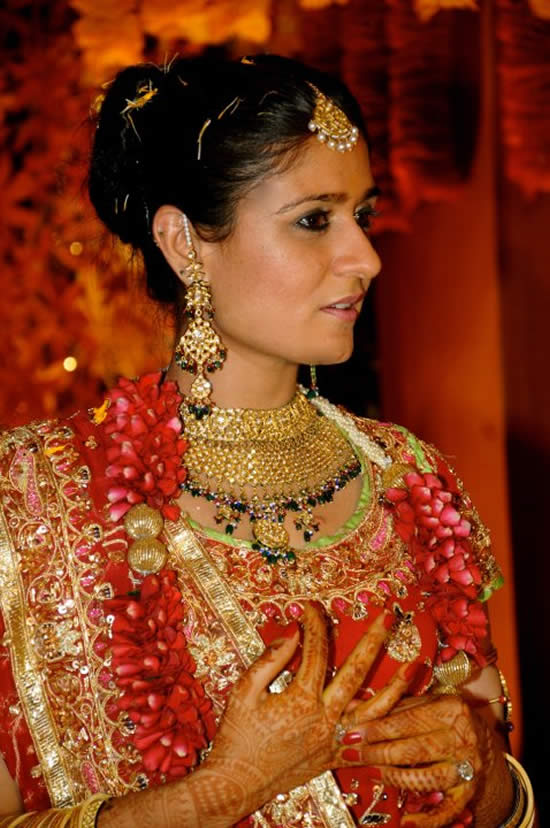 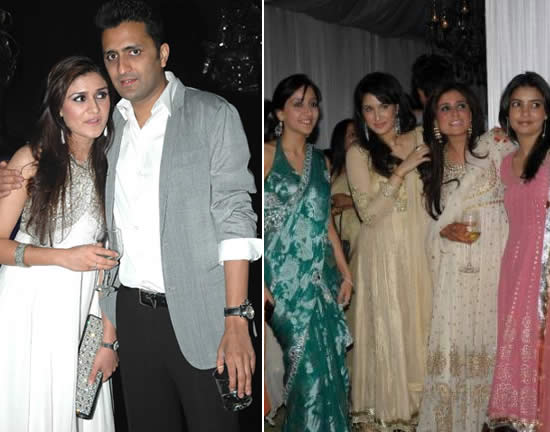 This entry was posted on Tuesday, June 8th, 2010 at 12:22:03 pm and is filed under Celebrity News. You can follow any responses to this entry through the RSS 2.0 feed. Both comments and pings are currently closed.