An iconic destination that recreates the majesty of the Ottoman Era, Jumeirah Zabeel Saray is a spectacular resort that allows its guests to indulge in the extravagance and timeless culture of Arabian hospitality. Samar and Siddiqui hosted their reception at this outstanding property and transformed their celebration into an evening their guests will never forget. Samar and Siddiqui were introduced to each other by their parents and soon their acquaintance turned into romance. A little while later, Siddiqui decided to take things forward and planned a romantic proposal over a scrumptious dinner at the Burj Al Arab Jumeirah. With the help of the hotel’s supportive staff, he put together a dreamy setup. Samar said, “Yes!” and with that, the wedding preparations began. 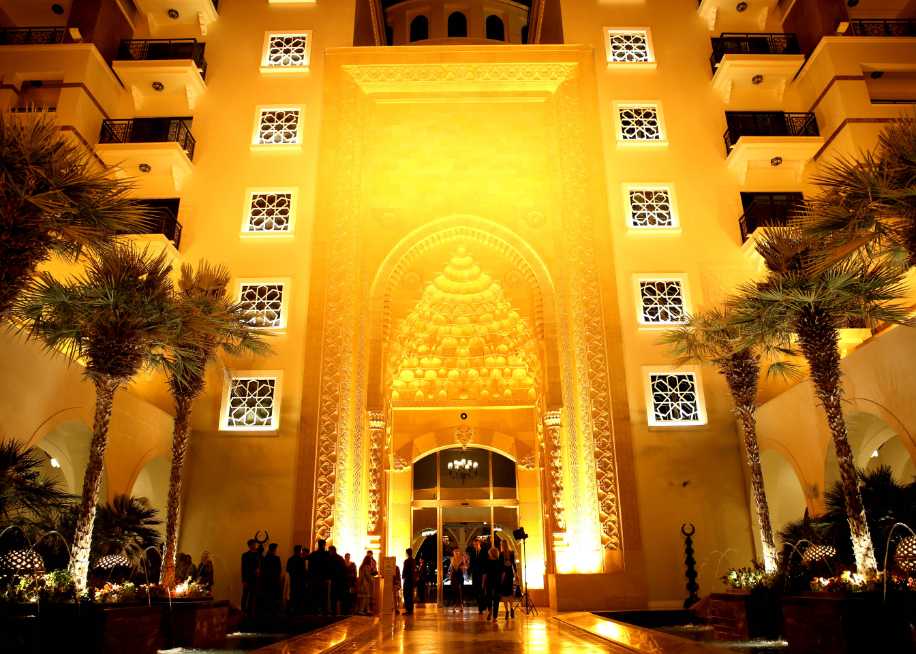 The couple entrusted TA Weddings with designing their day of dreams. From the photography to the cake to the décor, TA Weddings did a perfect job. At the Jumeirah Zabeel Saray the team created the most breathtaking setup in a muted color palette. This sophistication added a layer of elegance to the hotel’s carefully hand-painted interiors, a testimony to the magnificence of the Golden Tulip Era of the Turkish Empire.

Rich drapes in off-white and beige made for the backdrop of the stage and numerous chandeliers threw pools of golden light beneath clouds of flowers suspended from above. The couple’s seating was flanked by white floral arrangements accented by blooms in the softest pink. 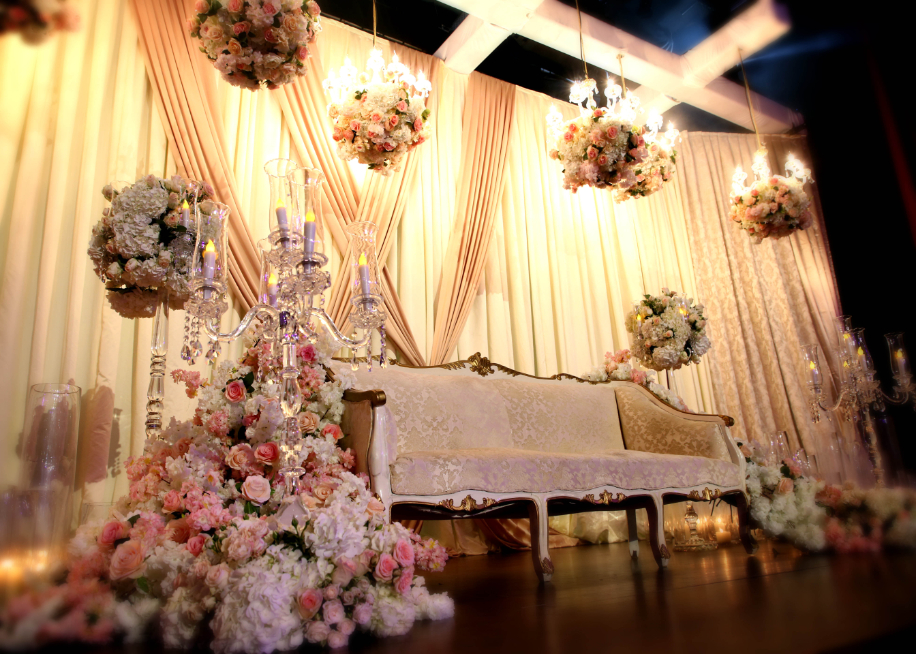 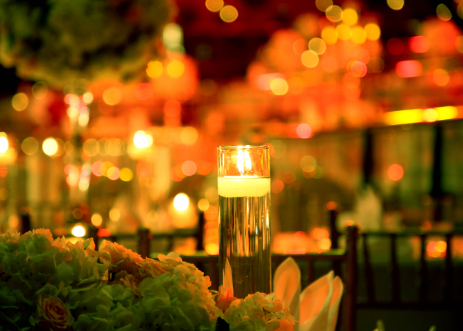 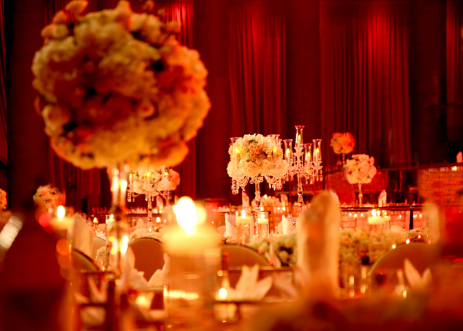 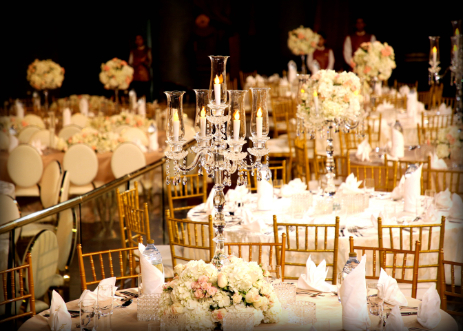 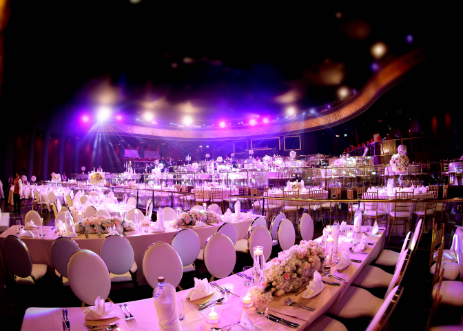 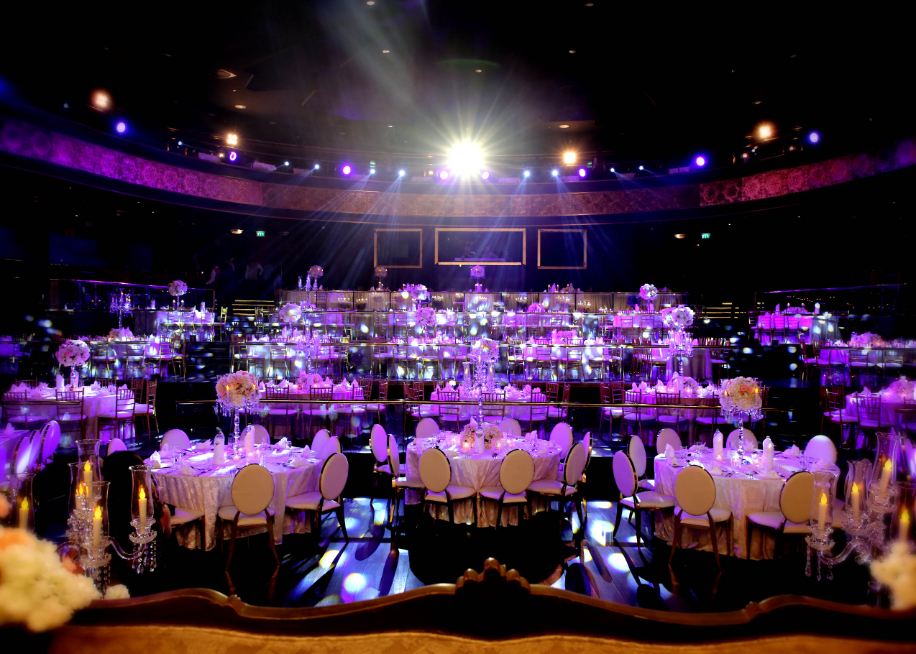 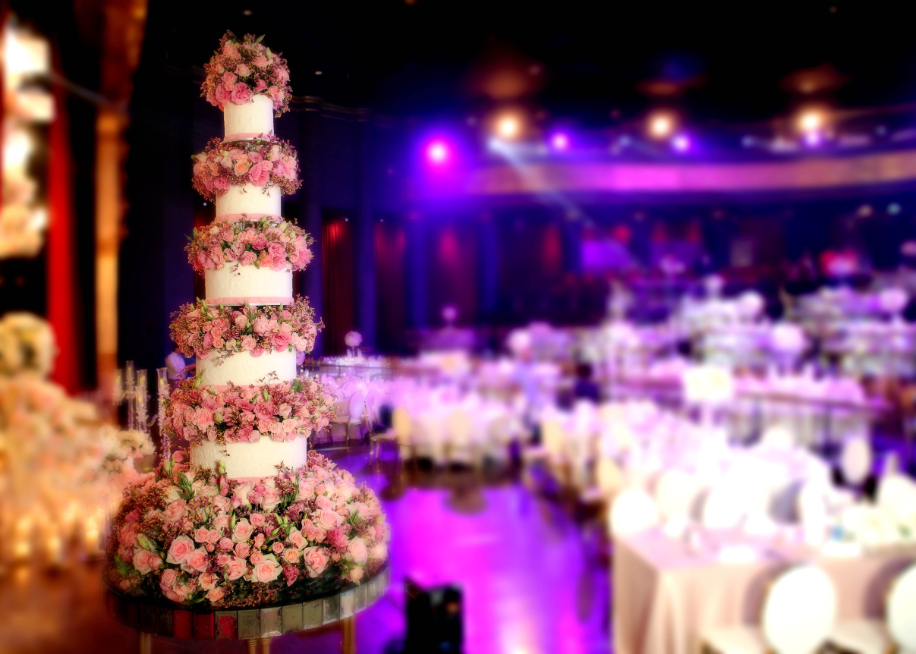 Speaking of her experience working with the hotel, Tasneem Alibhai of TA Weddings said, “The initial plan was to host this function in the garden and the entire setup was done there. However, at around 11 am, it started pouring incessantly and we had to switch to Plan B, which was to move the party indoors. Our venue, the Music Hall was available but the venue’s capacity allowed 450 people whereas we were a party of 650. Nonetheless, the staff at Jumeirah Zabeel Saray took this challenge into their stride and made this event happen in less than five hours! Everything worked out wonderfully!”

The couple made their entrance alongside Arabic performers and a short show was followed by the cake cutting. The guests indulged in delectable delights crafted by the culinary experts at this 5-star property and were treated to stunning unrivaled views of the Arabian Gulf and Dubai’s skyline. 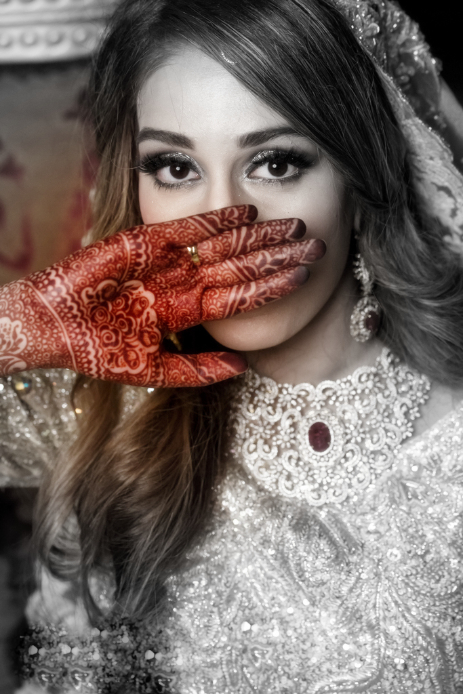 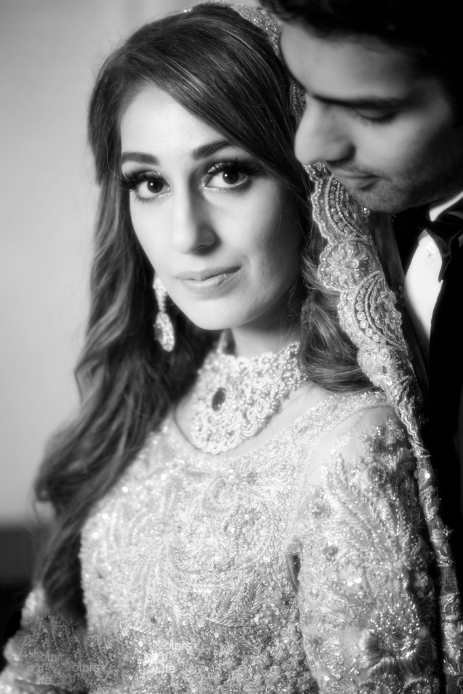 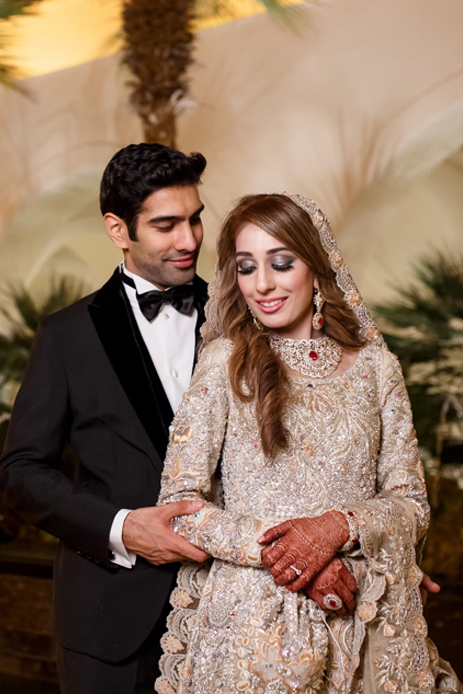 This entry was posted on Thursday, December 20th, 2018 at 10:40:33 am and is filed under Destination Weddings, Wedding Planning. You can follow any responses to this entry through the RSS 2.0 feed. Both comments and pings are currently closed.