Somil’s Dreamy Wedding Proposal in Paris – The City of Love

A proposal in Paris is romantic enough but Somil managed to make it even more special for Mira with a series of thoughtful gestures that preceded his gorgeous ‘Will you marry me?’ with the grand Iron Lady standing as witness. 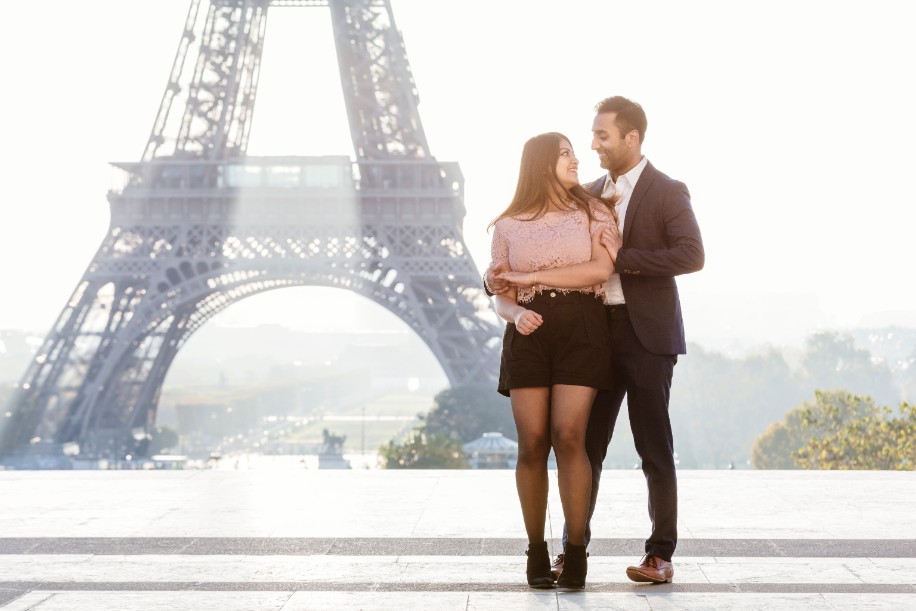 How We Met
Neither of us was convinced about the concept of online dating but our friends convinced us to create profiles on an app called Coffee Meets Bagel. I’d met a few guys but it was Somil’s first time meeting a girl online when we matched and then met in April 2015.

We hit it off instantly as we began chatting and decided to meet in Chicago and go for a walk – something we love doing to this day. We just didn’t want to stop hanging out and we knew we’d found our perfect match.

Somil lives in Cincinnati and I live in Chicago so meeting each other every day was not possible. But Somil would travel to me every weekend and we made the effort.

The Proposal
Somil is the man I was looking for my entire life – he is such a gentleman, understanding, sweet, and caring. Our long-distance relationship has worked thanks to FaceTime, flights and the trips we took to see each other and our traveling the world together.

Somil had a grand proposal in mind and he wanted an iconic spot. On my birthday weekend, he decided to surprise me with a week in Paris! He’s so thoughtful he even called my manager to get my vacation approved. I had a strong suspicion that a proposal was coming but I decided to go with the flow. When we got to Paris, he told me he’d planned a fancy brunch. We had to leave quite early so I got up, got dressed, curled my hair and we set off to the brunch place (or so I thought).

We took a taxi and when we got off, we were at the Eiffel Tower as the sun was rising. It was the most beautiful sight I’ve ever seen! Somil started talking about our years of long distance and the love he had for me. Then he got down on one knee and proposed with the most gorgeous rose gold diamond ring. 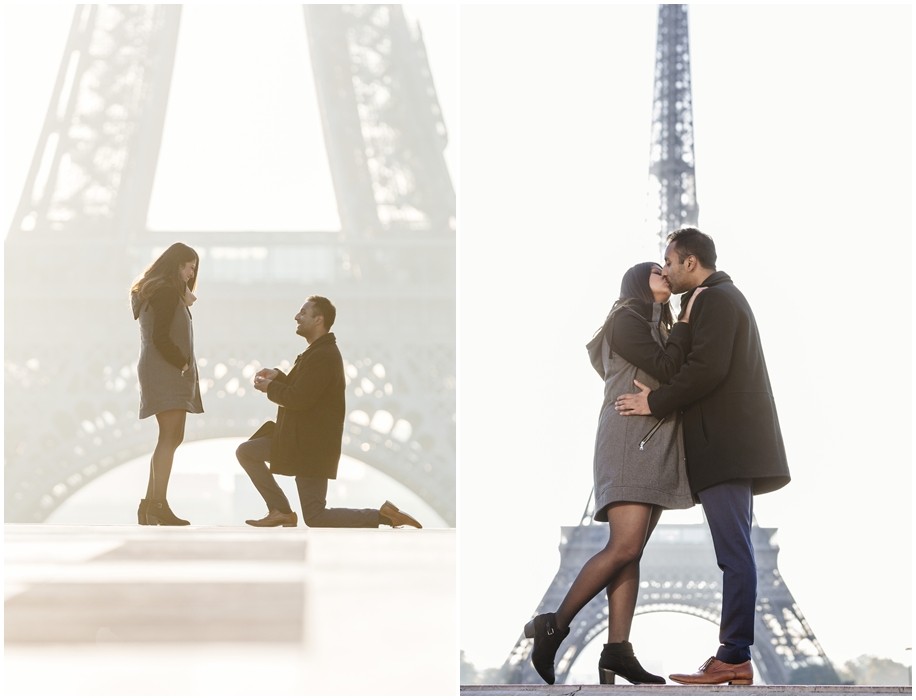 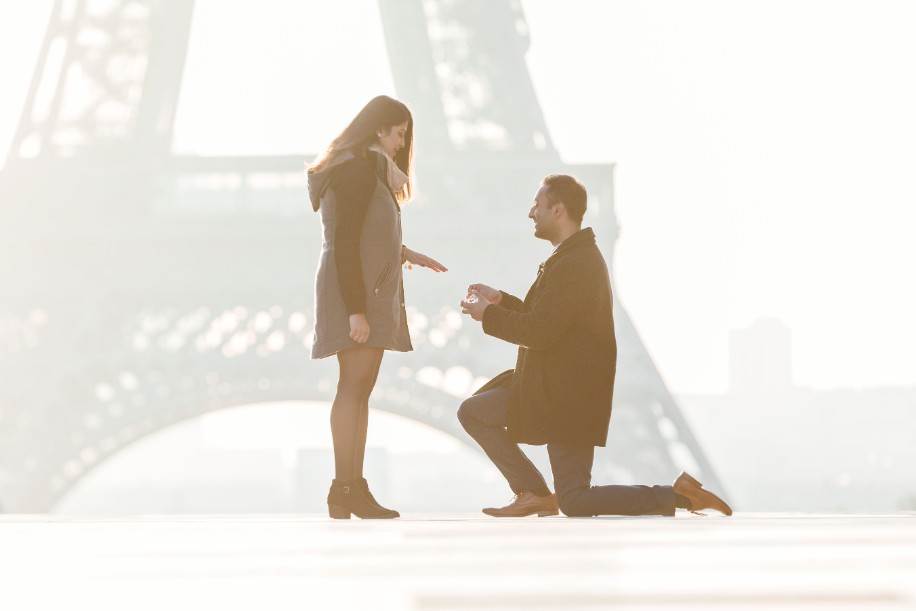 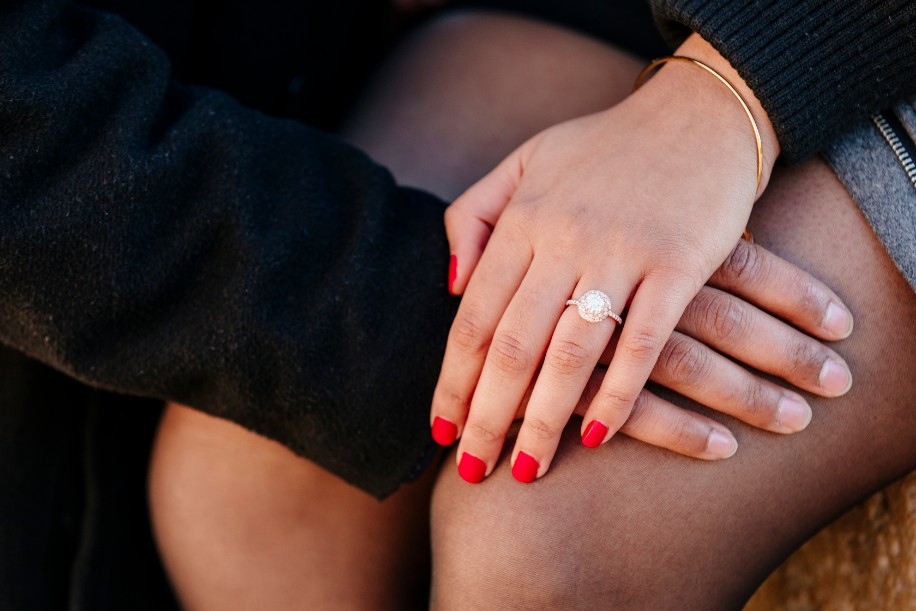 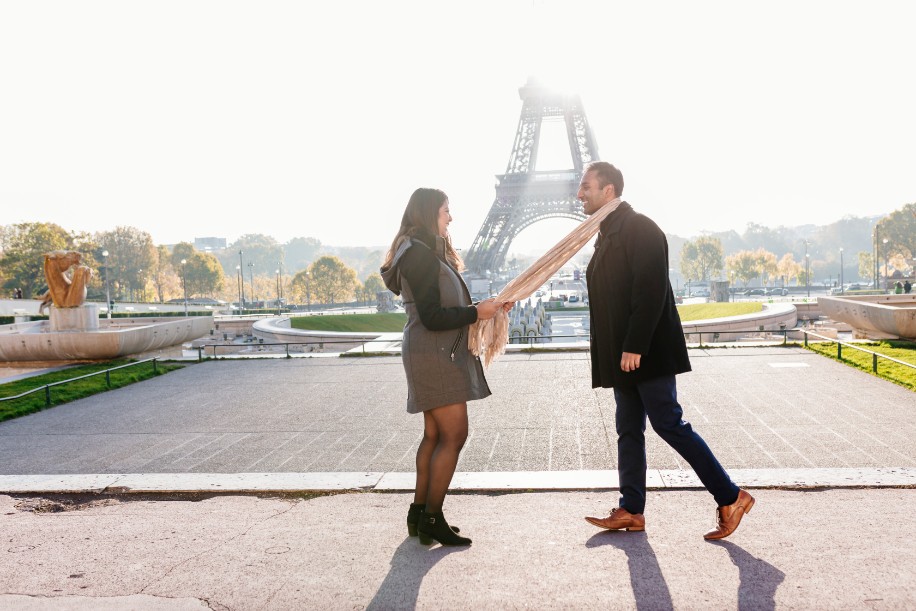 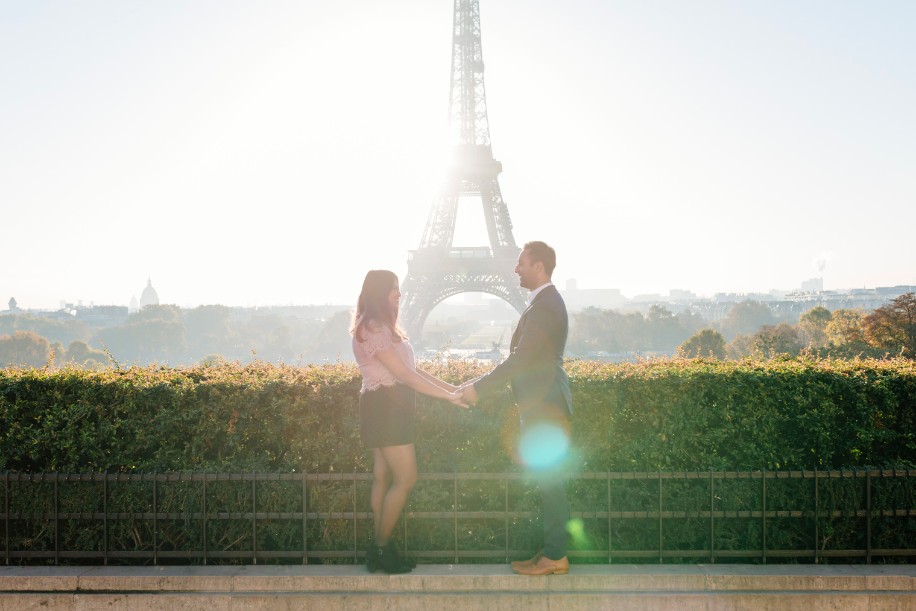 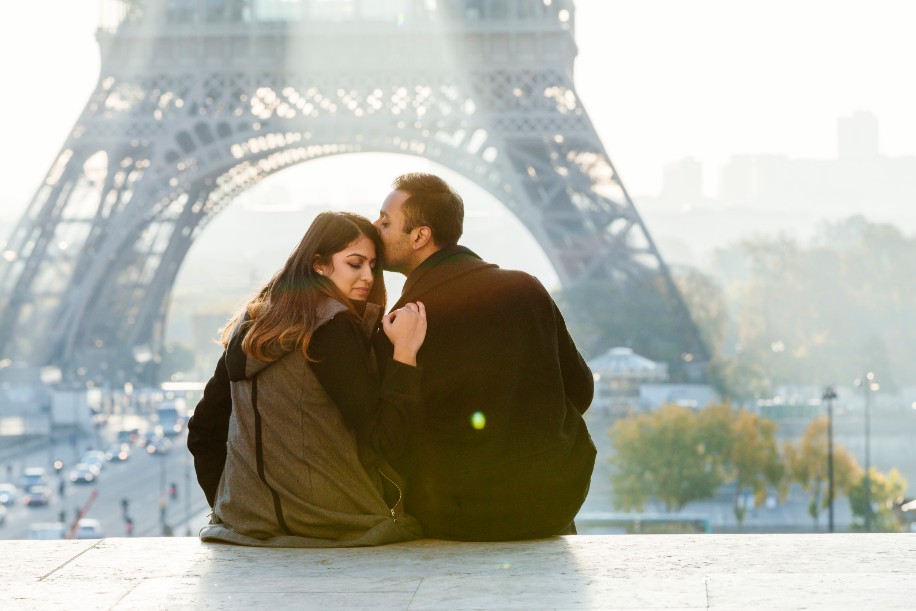 I knew at that moment that he would make me the happiest woman in the world!

We are so excited to share our proposal story with you. We love all the stories you are posting and we’re also getting so much inspiration for our wedding in Spain next year!

If you’d like to feature your stunning pre or post-wedding photos, share them with us at editor@weddingsutra.com.

This entry was posted on Thursday, May 17th, 2018 at 4:23:05 pm and is filed under Wedding Proposals. You can follow any responses to this entry through the RSS 2.0 feed. Both comments and pings are currently closed.