Sonam Kapoor’s Wedding Is Giving Us All The Fashion Goals!

After all the speculations that preceded Sonam Kapoor’s wedding the day of her big day finally arrived. The Bollywood celebrity wed as per Sikh rituals at her maternal aunt’s house in Bandra and the ceremony was attended by the who’s who of Bollywood who made the function a little more glamorous with their impeccable style. Here we tell you who wore what at Sonam’s Anand Karaj.

Sonam Kapoor is a style icon who is always on the radar of every fashionista owning to her impeccable taste in all things fashion. Known to surprise her audience with her unusual choice, the bride left everyone surprised when she appeared in her red and golden lehenga designed by Anuradha Vakil. 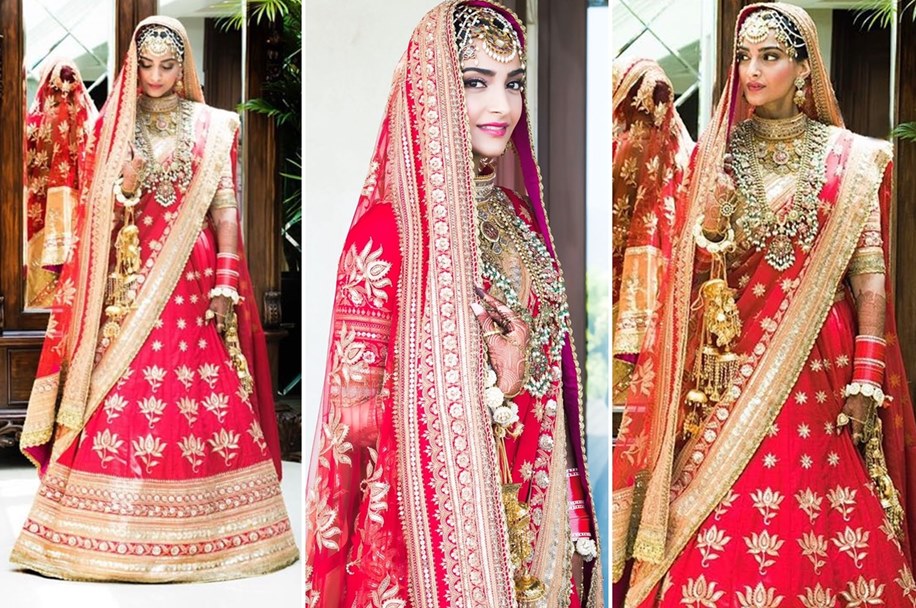 Anand Ahuja was dapper in a golden sherwani by Raghavendra Rathore. He paired that with a golden and white saafa which he accessorized with a bejeweled headpiece from Amrapali. 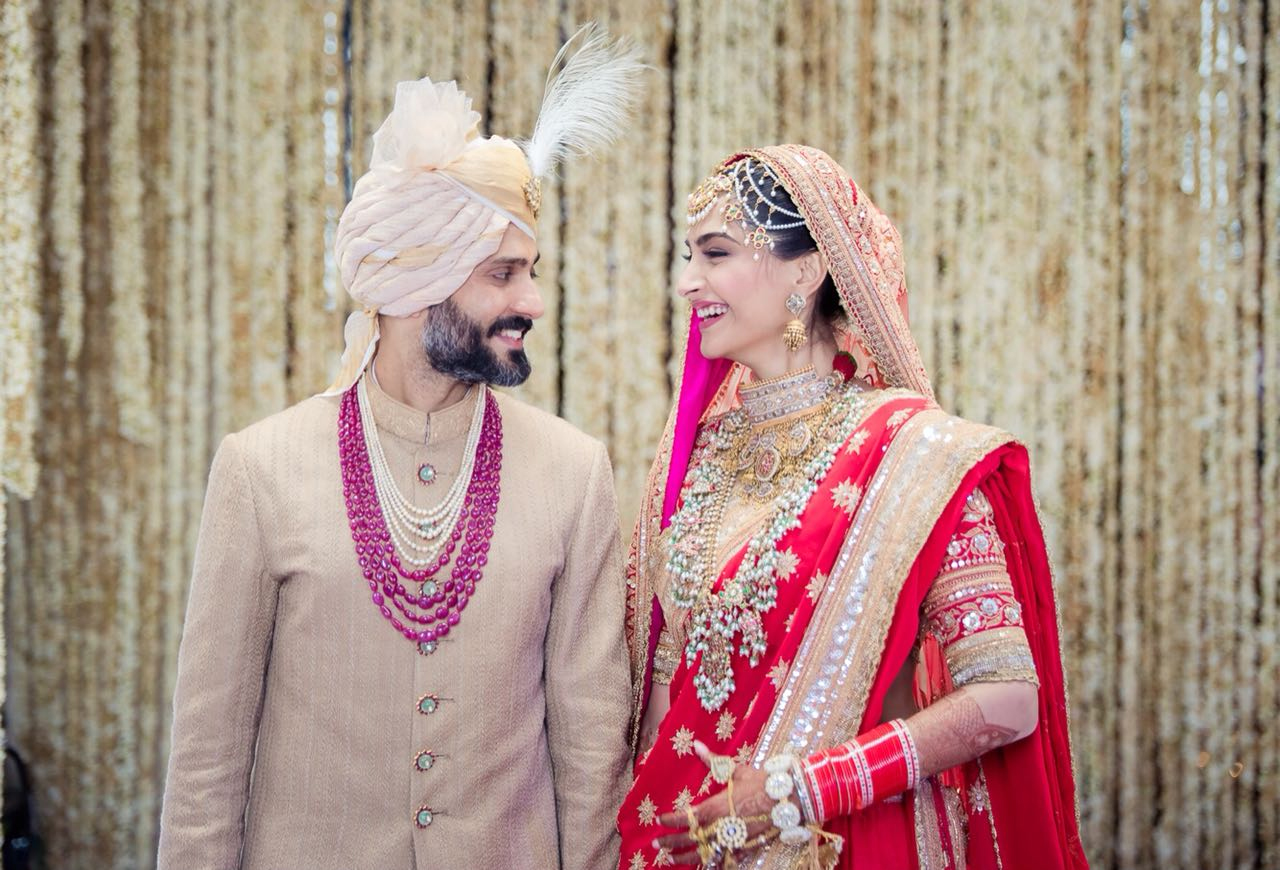 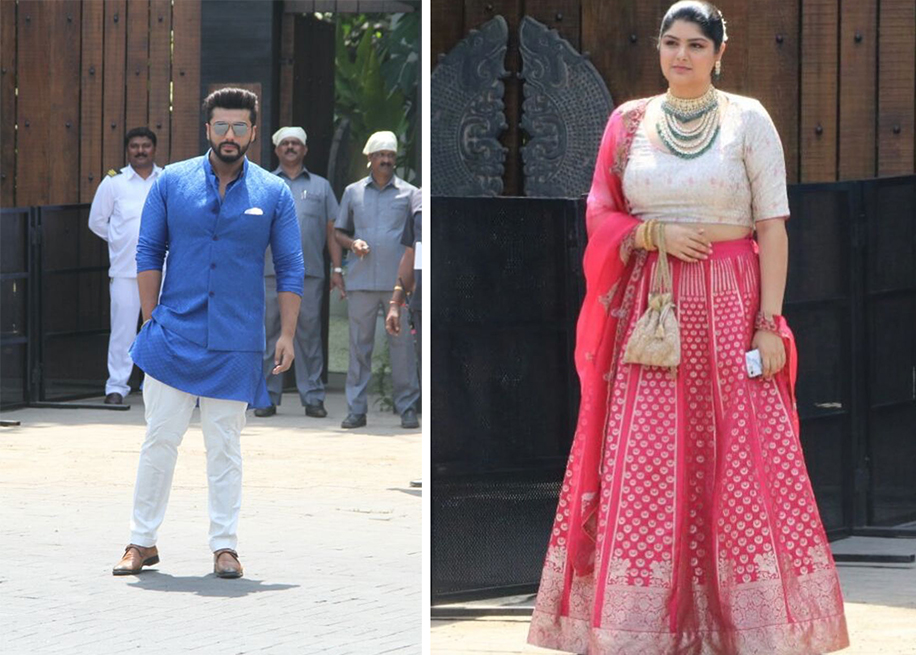 Looks like the Kapoor sibling decided to twin in whites. Anil Kapoor relied on his favorite designer Raghavendra Rathore to create for him the perfect neutral monochrome outfit. Sanjay Kapoor too opted for a white kurta and bandi by the same designer. Swara Bhaskar’s lehenga by Abu Jani Sandeep Khosla packed all the colors of the rainbow and Jacqueline Fernandez, on the other hand, dressed up in an all fuschia lehenga by Anita Dongre. Masaba gave the saree designed by her a contemporary twist by pairing muted green with hot pink. Karan Johar bet the summer heat by wearing a pastel pink and white sherwani by Manish Malhotra. Harshvardhan Kapoor and Mohit Marwah too followed their family’s footsteps by sticking to neutral tones. While the former opted for a gray jacket and white pants, the latter layered a white jacket over a kurta of the same color. 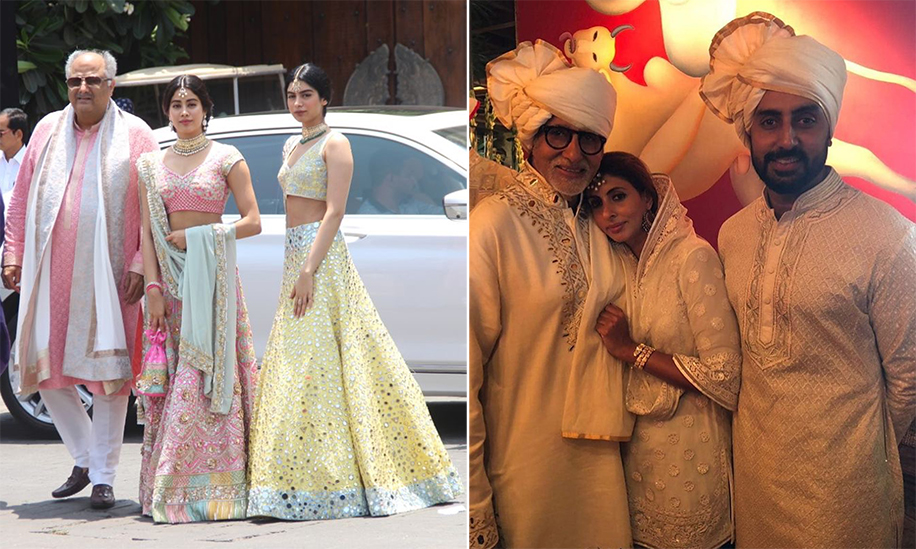 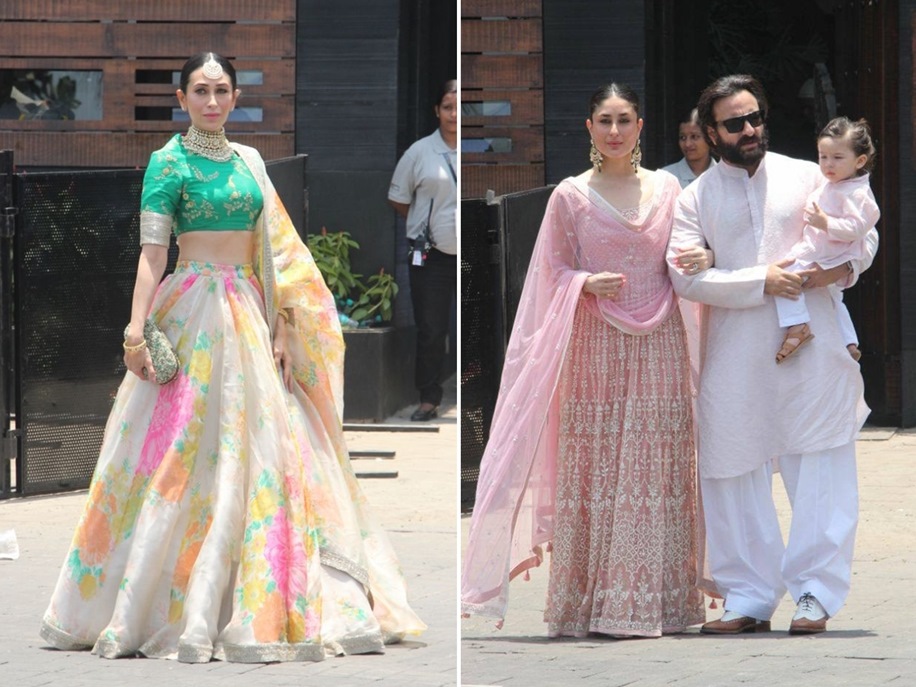 While Rani Mukherji looked regal in a lehenga by Sabyasachi, Arpita exuded “begum vibes” in a pastel tone outfit. Ranveer Singh looked cool as a cucumber in white kurta an Nehru jacket which he paired with loafers from SVA in the same color. Rhea Kapoor wore a pink lehenga with peacock motifs all over the skirt by Abu Jani Sandeep Khosla. 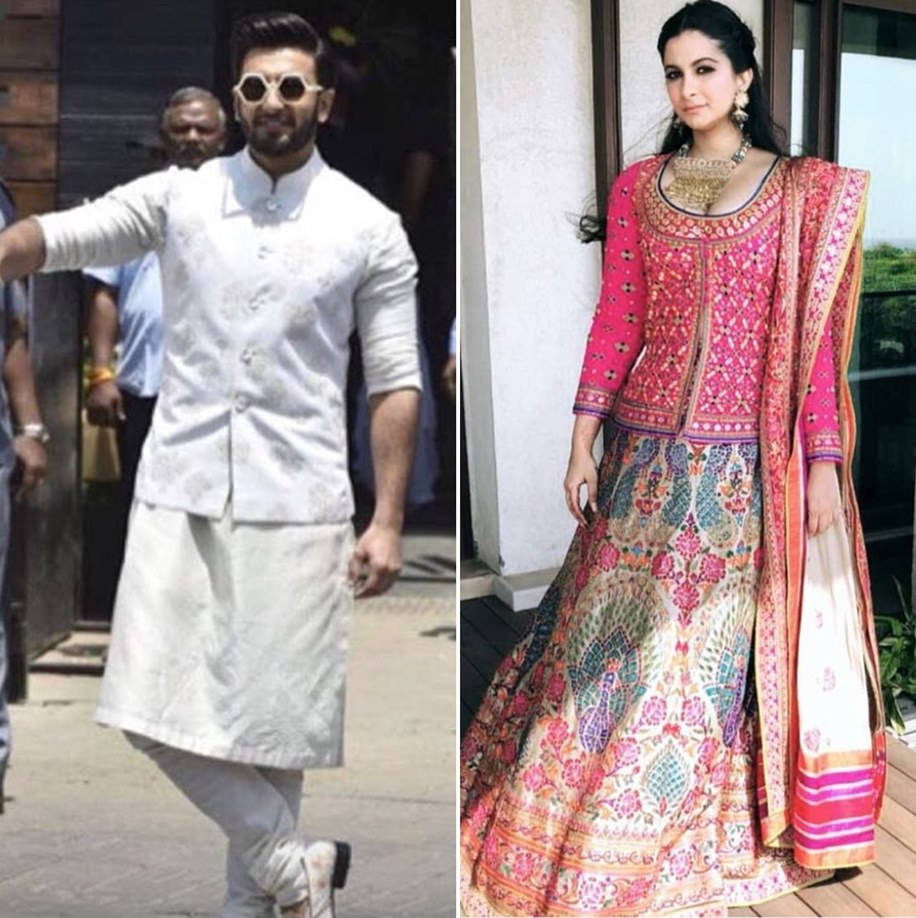 Aamir Khan and his family kept it simple and stuck to basics. While he and Junaid Khan wore an easy kurta, Kiran Rao picked looked elegant in a peach saree with a gold scalloped border. 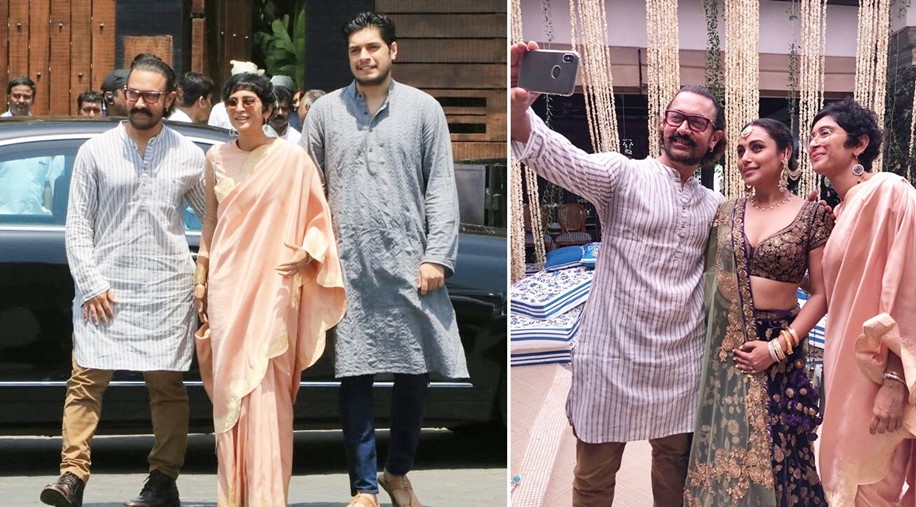 This entry was posted on Tuesday, May 8th, 2018 at 7:02:46 pm and is filed under Celebrity News. You can follow any responses to this entry through the RSS 2.0 feed. Both comments and pings are currently closed.