Trisha Upadhyay and Akshay Bajpai got married in Delhi, and their wedding was managed by Raksha and Manoj Chawla of Mansa Events. Akshay’s father is the head honcho of a leading Shipping Company and over three hundred guests from around the globe, including some of the most prominent shipping industry members flew in for the big celebrations in Delhi. The welcome dinner unfolded with a serene Sufi night in Kamal Mahal, ITC Maurya Sheraton. Says Raksha: “The entire décor was planned on the Sufi theme and Nizami Bandhu of ‘Rockstar’ fame entertained the guests. Rich fabrics like velvet, gold with real zardosi embroidery were used in abundance. Since it was a Sufi night, the cuisine featured robust flavors and mouth-watering delicacies from the North West frontier. 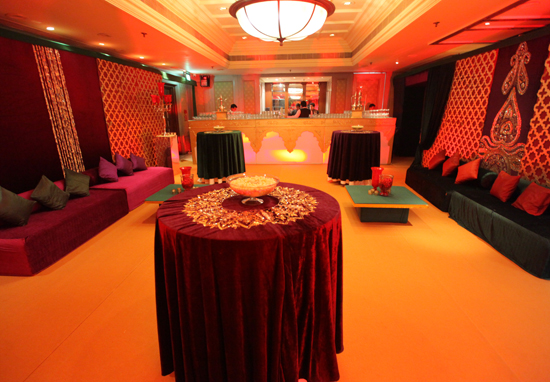 The celebrations reached a full crescendo the next evening with a perfectly planned Bollywood Sangeet Night at Leela Kempinkski. There were huge posters from movies like Rab ne Bana Di Jodi, Dilwale Dulhania Le Jayenge with bride and groom’s faces morphed on them. The couple wanted something unusual for their entry so the Wedding Planers came up with an idea to matched the couple’s personal style, a huge LED was set up on stage where a short video of the couple played which was again very Bollywood. Just when the video finished, the LED split and they made a grand entry from behind. Says Raksha: “Smoke filled the air to add to the drama, after which the to-be-weds performed to a very romantic song.” 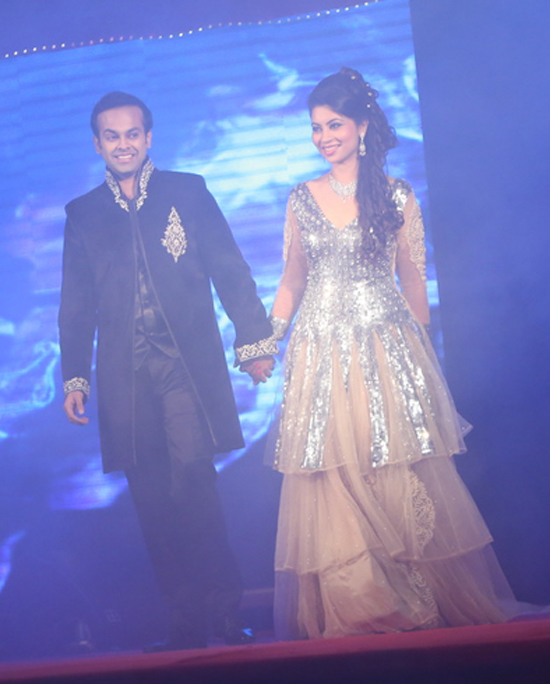 The Wedding took place at Brij Green Farms in Chhattarpur with over 750 guests. The hectic festivities over, the newly weds took off to Seychelles for their honeymoon.

This entry was posted on Wednesday, June 19th, 2013 at 4:21:09 am and is filed under Wedding Planning. You can follow any responses to this entry through the RSS 2.0 feed. Both comments and pings are currently closed.