Sunidhi Chauhan, one of India’s best known playback singers got engaged to Music Director Hitesh Sonik. The simple ceremony with family and close friends was held on 29th Jan at their friends row house in Madh Island, Mumbai. Sunidhi looked elegant in a white and green flowy outfit and after the traditional ceremony guests were served a vegatarian meal, and the most delicious, creamy kheer prepared by Sunidhi’s mother. 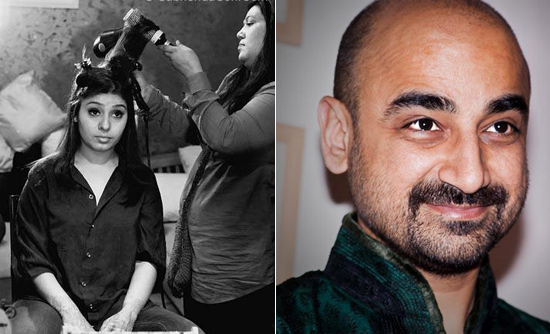 Getting ready moments and Groom’s ready 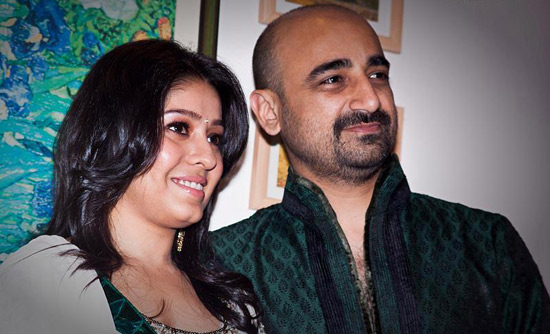 Navi Mumbai based Wedding Photographer Subhendu Sen who photographed the function and candid moments from the celebration, shared some of the images with us.

Hitesh has known Sunidhi for 15 years. In an interview to a television channel he said: “She was a little more than a child when she won the Meri Awaz Suno music contest on television. That is when when we became friends. Gradually, over the years as she grew into a fine singer, our friendship blossomed into love.” The wedding we hear is in April or May. 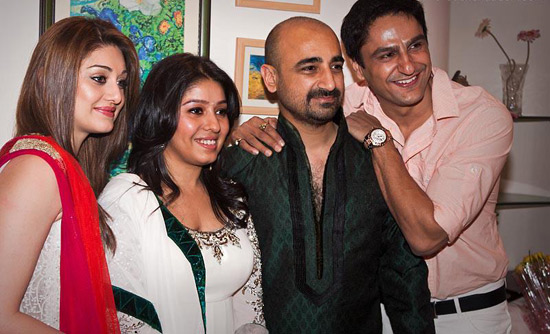 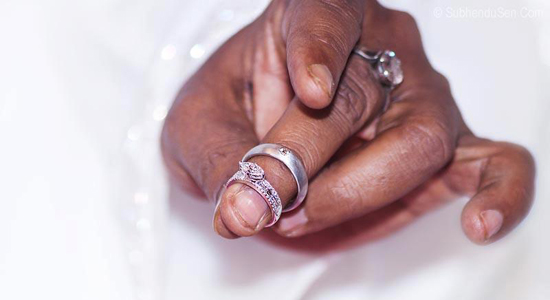 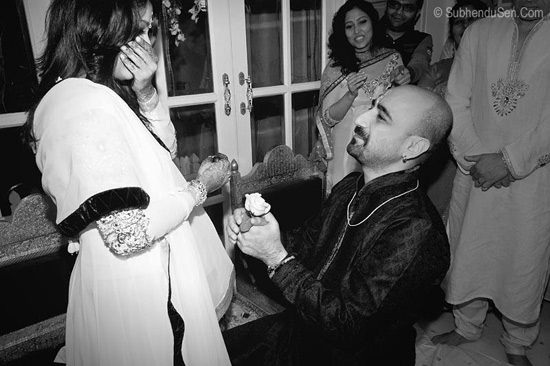 Will you marry me

This entry was posted on Friday, April 6th, 2012 at 2:04:56 am and is filed under Celebrity News. You can follow any responses to this entry through the RSS 2.0 feed. Both comments and pings are currently closed.