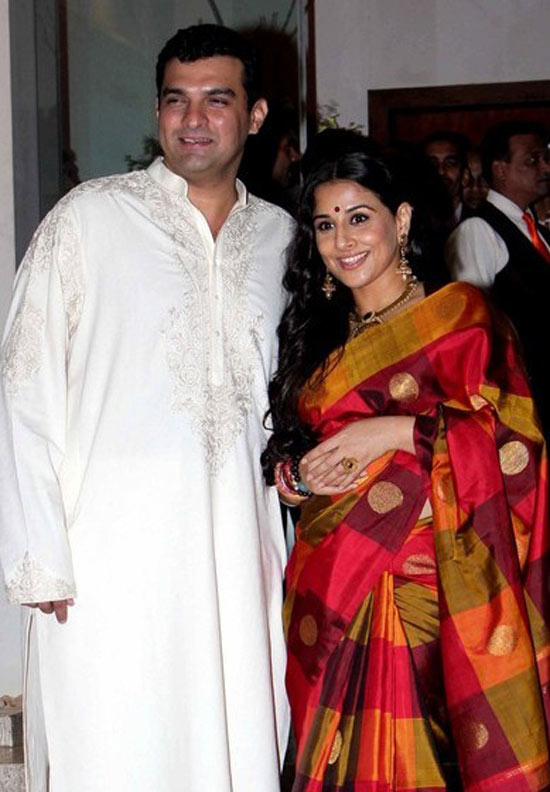 Vidya’s Mehndi, at her residence was also a very private affair. According to reports, the actress didn’t invite a professional Mehndi artist or Bollywood’s favorite artists like Veena Nagda or Usha Shah to do her mehendi. Friends of the bride had fun applying Mehndi on each others hands. Vidya looked very happy and relaxed and wore a saree, Bengali style by her favorite designer- Sabyasachi, accessorised with floral ornaments. Later, Vidya obliged the waiting cameramen by stepping out with her family members for a photo-op. 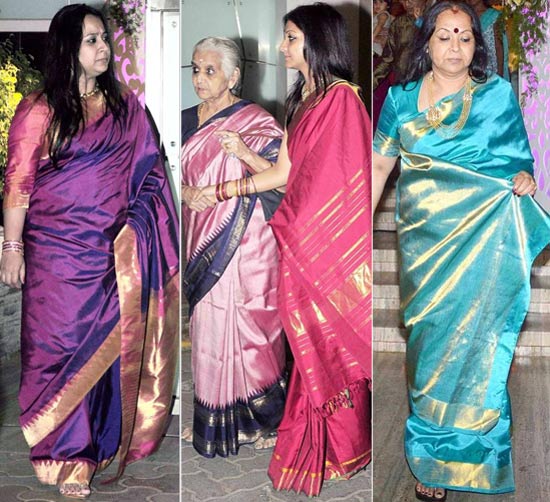 Vidya’s mother, sister and guests at the family-only affair. Everyone wore traditional Kanjeevarams 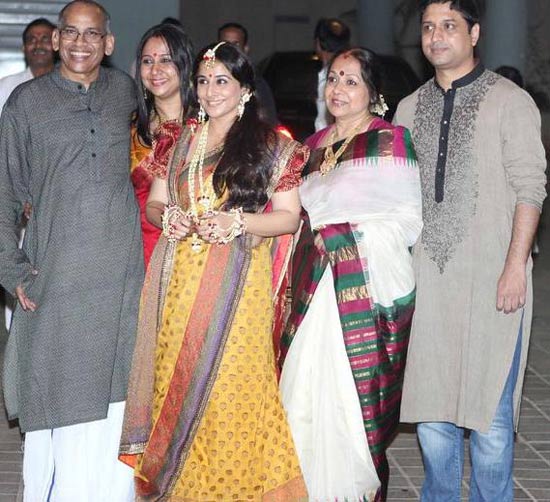 The Mehndi function, at her Khar residence. With parents, sister Priya and brother-in-law Kedar.

The very private couple have kept their celebration venues a secret. Earlier it was reported that the traditional nuptials will be held on December 14th, at Siddharth’s parents home in Jolly Maker Towers, Cuffe Parade. Now it is reported that the ceremony will be solemnized at the Subramania Samaj Temple in Chedha Nagar, Chembur. Coincidentally, December 14th also happens to be the wedding anniversary of Priya, Vidya’s older sister, an ex advertising executive who is married to Kedar, a Marketing Manager with Unilever India.

The venue for the post wedding Reception is also not confirmed, though speculation is rife that it is in Chennai.

This entry was posted on Thursday, December 13th, 2012 at 3:25:22 am and is filed under Celebrity News. You can follow any responses to this entry through the RSS 2.0 feed. Both comments and pings are currently closed.