The perfect proposal is a dream come true. And when a girl decides to take matters into her own hands and pop that question – then what follows is all kinds of wonderful magic.

Heads up – this may be the cutest, most romantic proposal story you’ll read today. If you’ve seen Glee, you’ll know why Priyanka decided to take a cue out of their romance handbook and propose to Kartik by having their friends break into a flash mob before popping the question!

Here, we share all the details from this couple’s fun wedding proposal that took place early one morning at Nariman Point, Mumbai and was captured by WeddingSutra Favorite Movie’ing Moments. How we met
It was love at first sight when Priyanka met Kartik 8 years ago. The two decided to get married this year but being a big Bollywood fan, Priyanka really wanted a proposal. She had always dreamt of the moment a man would go down on one knee and pop the question in a dream setup. But when she found the man of her dreams, she thought, why not turn the tables? The Proposal
The talented team of Movie’ing Moments shares, “She asked Kartik out for breakfast one morning and they went to the Trident Hotel at Nariman Point. She was little skeptical about whether he’d be on time as he is not an early riser. But thankfully he managed to step out early and together they reached Nariman Point where Priyanka and Kartik’s friends were already waiting for them. The moment they both reached, a boy went to Kartik and handed over a bunch of red roses and after a few minutes, some colorful balloons. By the time Kartik could figure out what was happening, Priyanka and her friends broke out into a flash mob in front of Kartik. It was a sweet three-minute medley, well choreographed after which their friends held up the placards that read ‘Will you marry me?’ and then Priyanka went down on her knees as she proposed to Kartik with a red rose and a ring.

He was over the moon, happy and amazed. He just couldn’t say no! Everyone around them was mesmerized by this gesture and started shooting the couple. It was definitely a celebrity moment for them. Soon after, a guitarist came in and played Kartik’s favorite songs. Kartik ended up singing a song for his feisty lady love, Priyanka. This was followed by a photo shoot for the couple and their friends.” 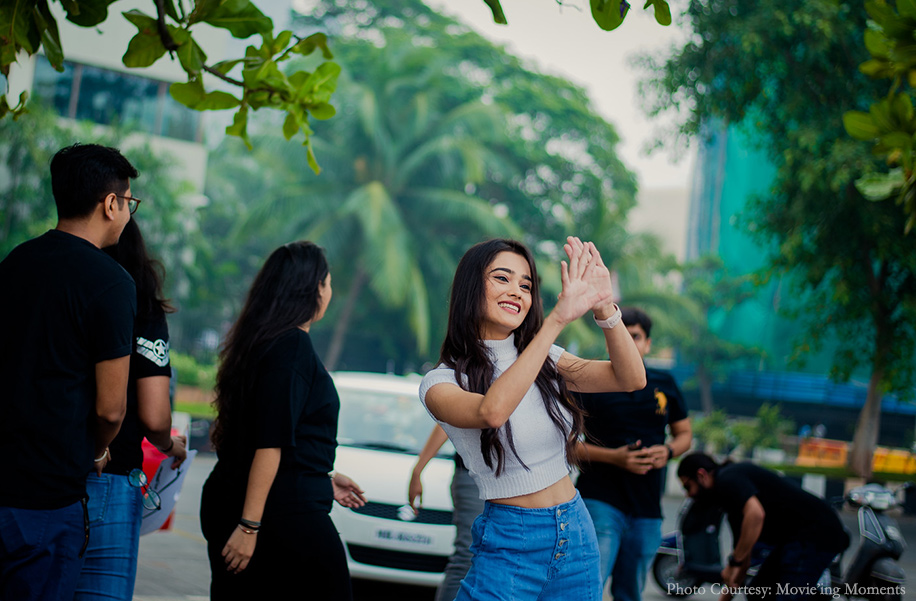 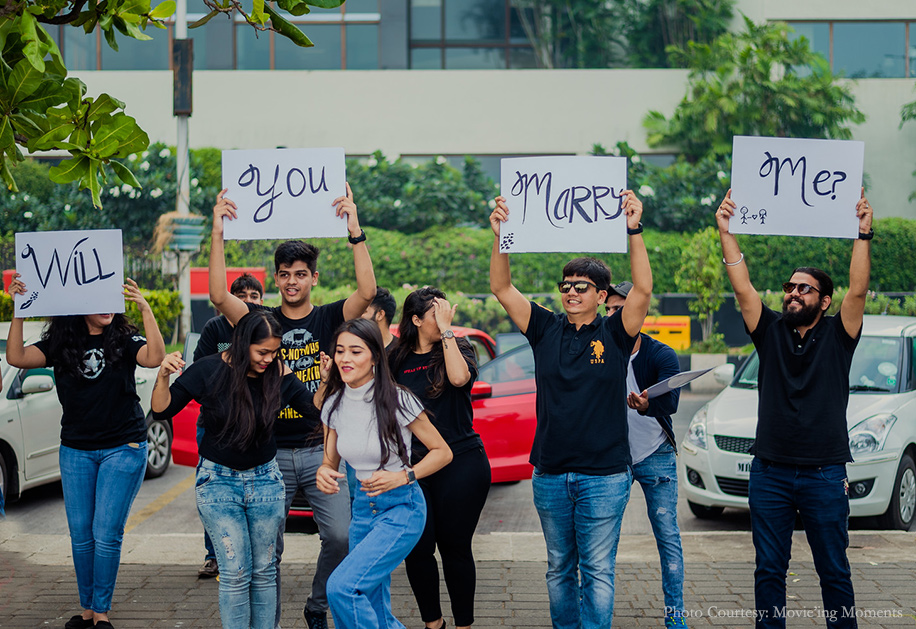 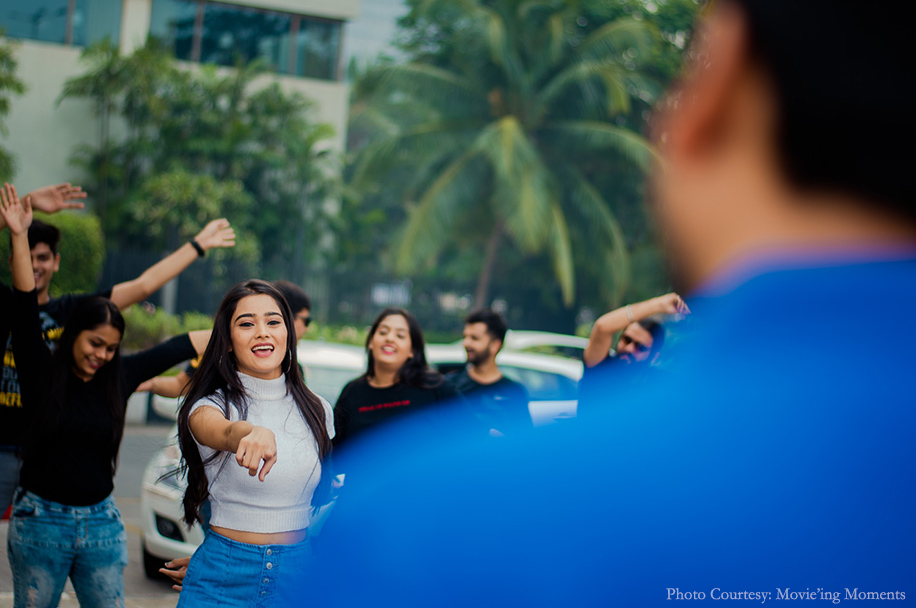 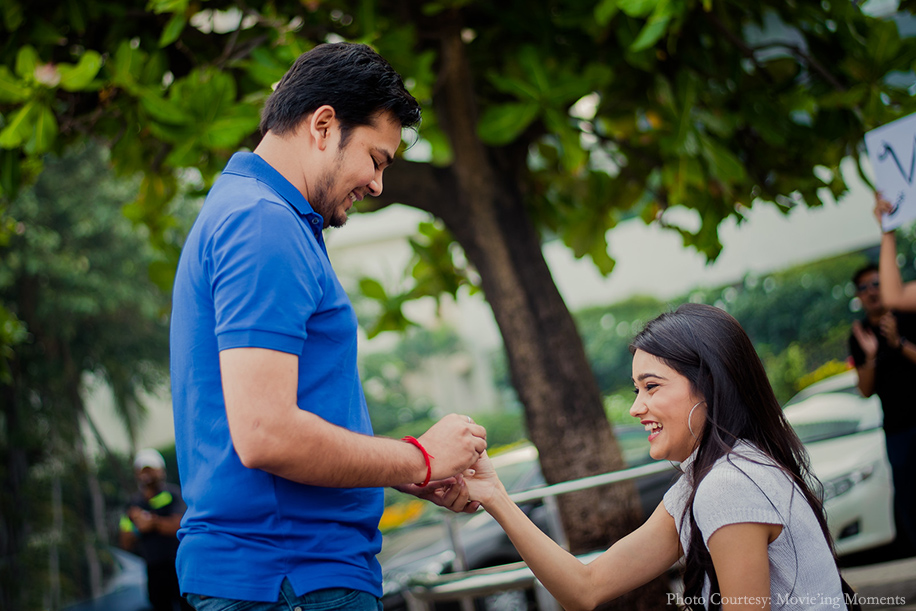 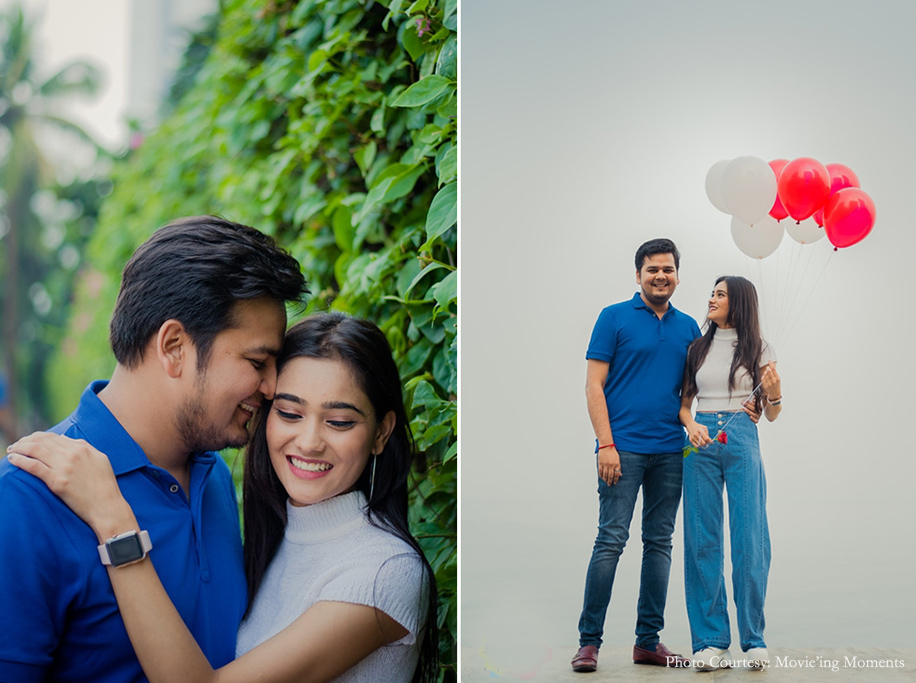 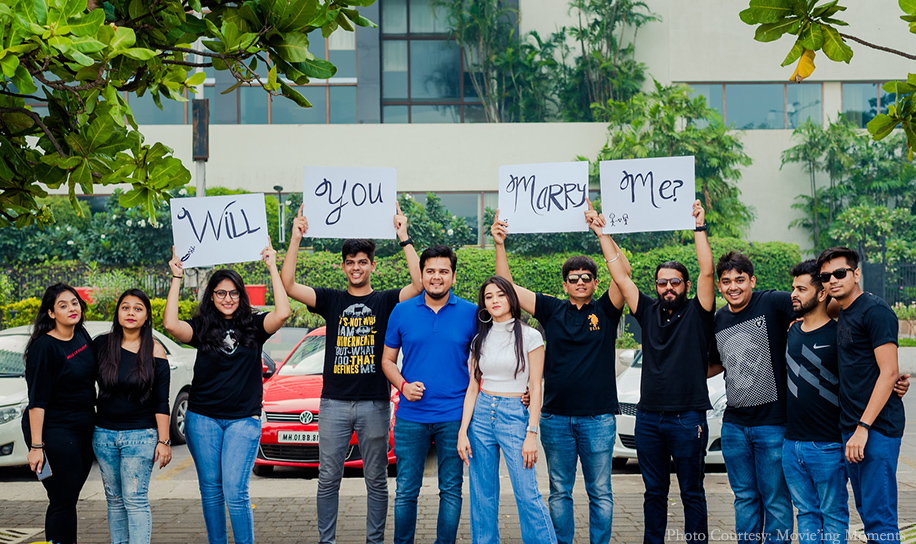 This entry was posted on Monday, October 22nd, 2018 at 4:18:45 pm and is filed under Wedding Photography & Films, Wedding Proposals. You can follow any responses to this entry through the RSS 2.0 feed. Both comments and pings are currently closed.