It’s dubbed as the Wedding of the Year. Prince Shivraj Singh, son of former Jodhpur King Gaj Singh, is marrying Gayatri Kumari, the princess of Askot (Uttarakhand) on November 18 this year. Buzz is that Richard Gere, Madonna, Kate Winslet, Liz Hurley and Arun Nayar, Prince Charles and a host of international celebrities and top Bollywood stars will be there at at the royal residence and palace hotel Umaid Bhawan. The Royal family have chosen Delhi’s Vandana Mohan, who also happens to be their family friend, as the Wedding Planner. Mohan’s other highly publicised assignments include the Priya Sachdeva- Vikram Chatwal wedding and launch of the fashion bible Vogue. 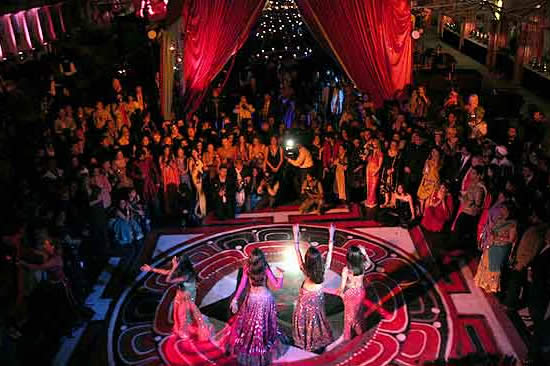 For the Chatwal wedding, Vandana Mohan managed decor, logistics and hospitality across three cities and 14 hotels. This included overseeing fourteen hospitality desks at each hotel and a fleet of 70 private cars for the three-city tour. Fifty thousand kilos of flowers were shipped in from Holland, Bangkok, and Calcutta, 3,000 candles burned and 65,000 meters of fancy fabric were used for the drapes!

The Vogue launch with creative inputs from Milan’s Paola Ricotti and production designer Sumant Jaikrishnan was on the scale of a Hollywood production. It included a restrospective of Ferragomo’s Maharani collection from their museum in Florence, a fashion show where 25 leading designers displayed their best creations alongwith collections from Valentino, Marc Jacobs and Galliano. And an after-party for 300 guests at the ‘baradari’ a large expanse overlooking the Mehrangarh Fort. The majestic Umaid Bhawan, one of the largest residences in the world was also the venue for the big fat Indian shaadi of Liz Hurley and Arun Nayar. Shivraj Singh’s Wedding in November will be special for Jodhpur not only because the Prince is marrying; it is also a celebration of his recovery since he met with a near-fatal accident in 2003 and has fully recovered after many years.

This entry was posted on Monday, June 7th, 2010 at 1:33:11 am and is filed under Destination Weddings, Wedding Planning. You can follow any responses to this entry through the RSS 2.0 feed. Both comments and pings are currently closed.