It was nice to see the sweet pictures of Varun Gandhi’s simple and traditional wedding in Varanasi. Unlike Priyanka Gandhi’s wedding, where every newspaper featured the newly-weds on the front page, in Varun Gandhi’s case, there was a small write-up on page 1, and a picture of Varun Gandhi, his bride Yamini Roy and Maneka Gandhi on the inside pages. The Times of India caption read “Gandhi family gets bahu after 37 years” while Mumbai Mirror, DNA and HT stated “Sonia and family skip Varun wedding”. When Priyanka wed, Varun attended but Maneka didn’t. While Sonia’s presence was a question mark, everyone was hoping Priyanka would attend atleast one of the wedding functions.

The grand reception scheduled for tomorrow has been cancelled following the death of Maneka Gandhi’s mother (Amteshwar Anand), 77 who died on February 28. 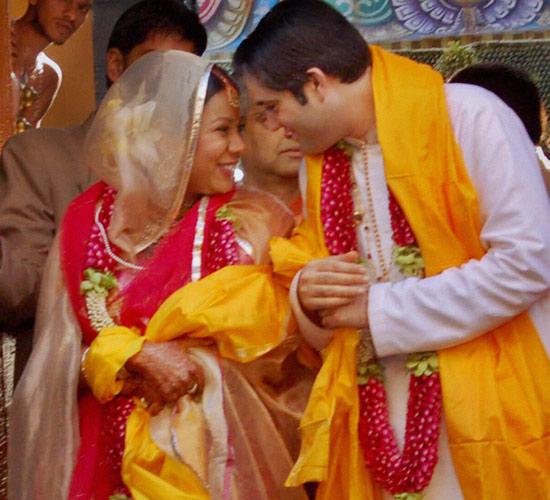 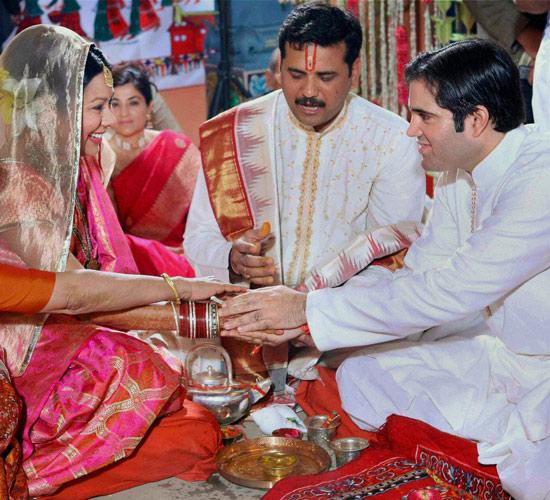 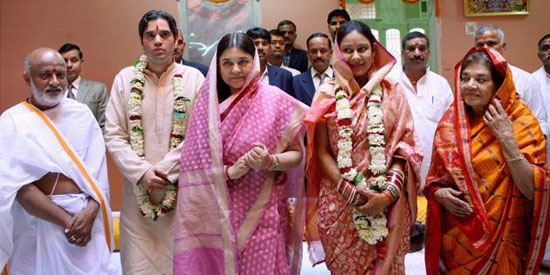 This entry was posted on Monday, March 7th, 2011 at 2:42:52 am and is filed under Celebrity News. You can follow any responses to this entry through the RSS 2.0 feed. Both comments and pings are currently closed.